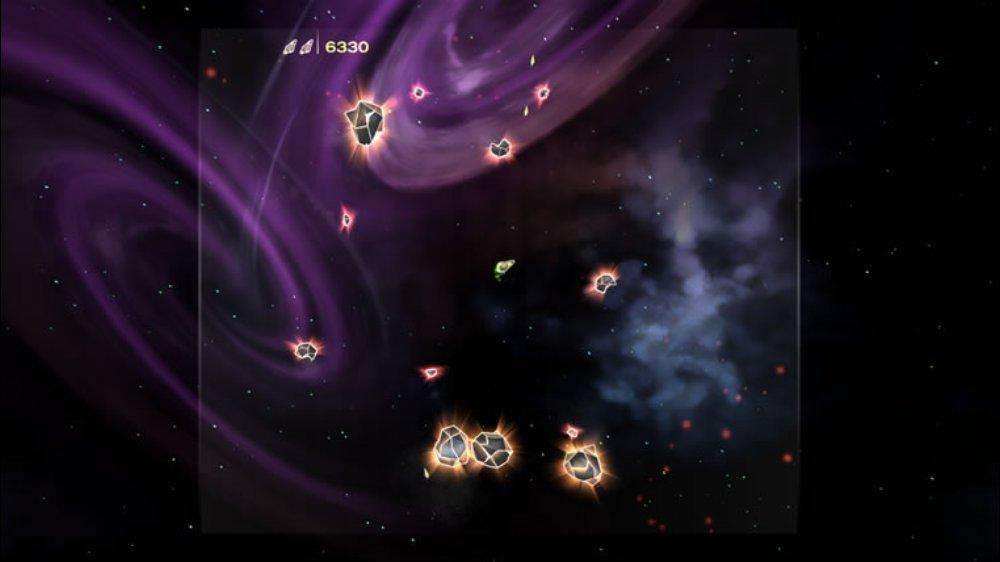 After making my inital post, my curiosity was nudged a bit regarding the availability of old classic titles on modern systems. A while back I purchased the classic Gauntlet from the Xbox Live Arcade, so I knew that such titles were available. Interestingly enough, Gauntlet and other Midway titles seem to have been pulled from Xbox Live, but I did manage to find a few good classics for sale.

For only 400 points apiece, I snagged copies of both Asteroids/Asteroids Deluxe and Centipede/Millipede. The download comes with the titles both in their classic versions as well as new and enhanced graphics. However, aside from the visual changes, the games remain untouched.

It goes without saying that old coin-op style games are much more difficult than most modern day titles. This degree of difficulty was a big turn off for my eight-year-old son. Although, he did find the base simplicity of each game to be a bit appealing.

It’s a safe bet that these classics are not going get much playtime from him, the world of gaming has changed a great deal, and titles such as these are just not on the radar of most younger gamers these days. In reality, they are technically even “before my time”. But I must admit, there is still something magical about them. I was up until 2:00am playing Asteroids the other night, despite not making it past the third or fourth wave.

If you haven’t already guessed, I’m a sucker for nostalgia. I remember playing an arcade table Asteroids machine back during summer camp of my 3rd grade/4th grade year. Now, I could just find a similar version of Pitfall or Moon Patrol.