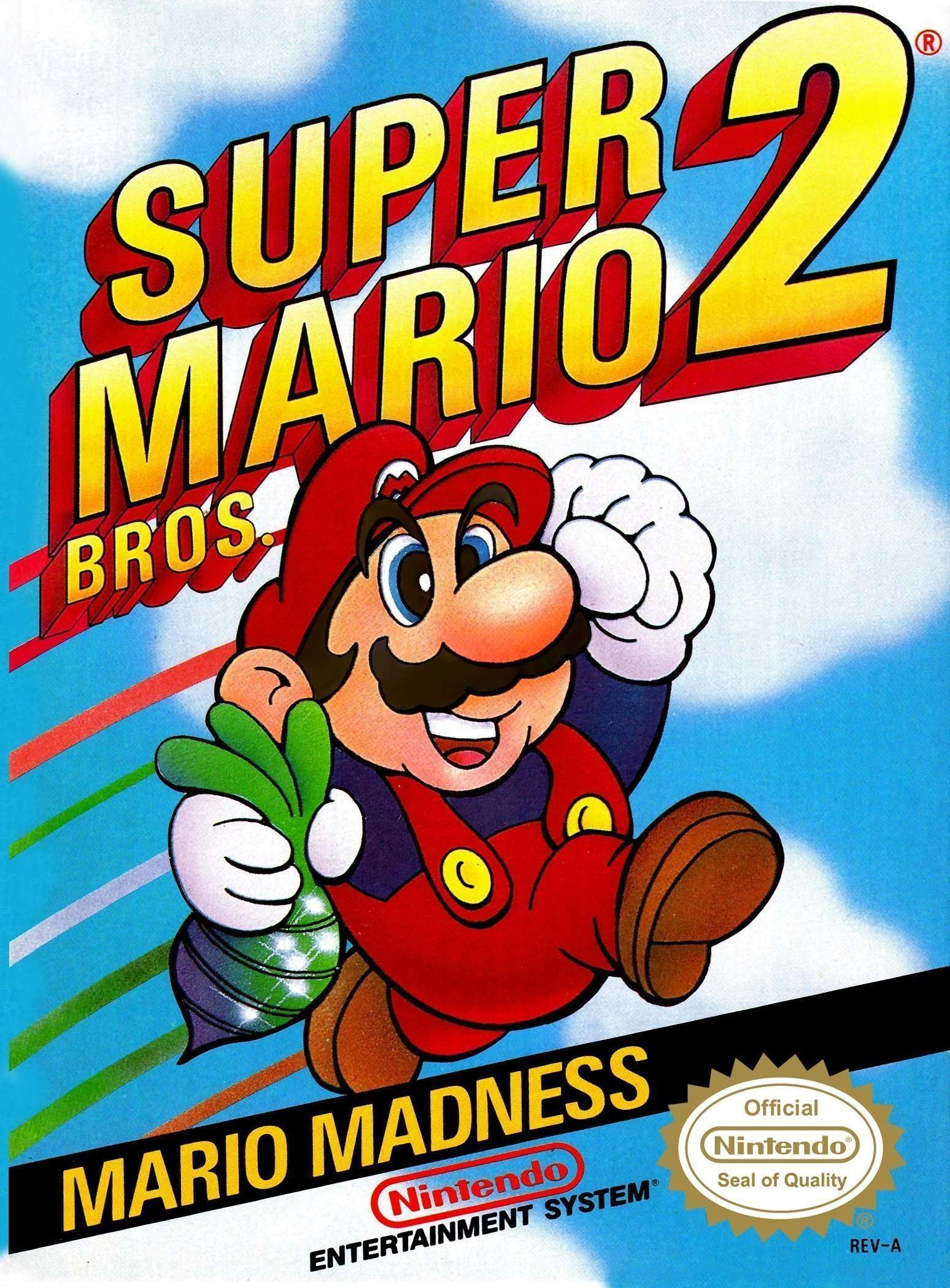 I still remember the day I got my first issue of Nintendo Power magazine. Not only was it MY first issue, but it was also THE first issue. Featured on the front cover of that magazine was a colorful clay sculpture of Mario and the words “Super Mario Bros. 2“. Until that moment, I had no idea that Nintendo was making a sequel to one of my favorite games. I had never been more excited.

When I finally got my hands on the game, I was a bit perplexed. Something didn’t feel right, but I couldn’t put my finger on it. Little did I know at the time, but our Super Mario Bros. 2 actually started out as another game entirely. This other game, Doki Doki Panic, was an obscure Arabian-themed platformer that had previously been released on the Japanese Famicom.  Technically Doki Doki Panic actually did start out as a demo for a new Mario game before it was transformed into something else. But when the time game to release a SMB sequel in the west, Nintendo took Doki Doki Panic and converted it BACK into a Mario title for American audiences. To many players, this conversion was obvious. Instead of Gombas and Koopas, enemies in the game were little midgets wearing masks and strange bird-ladies shooting eggs out of their noses…  HUH? Also, many key gameplay elements that defined the original game had changed. For example, jumping on an enemy in this game does not kill them. Instead, you can now hop on top of the bad guy, reach down and pick him, then toss him down a pit. We we not in the Mushroom Kingdom anymore, that much is for certain….

There’s a number of other important differences between this title and the original SMB. This time, Mario and Luigi are not the only heroes!  In SMB2 you can choose to play as any of the following characters: Mario, Luigi, Toad, or Princess Toadstool. Each character has their own advantages. So the common strategy is to choose whichever cheracter is best suited for the level you’re about to play. For example, Mario is a very balanced character so he’s a decent choice in almost any situation. On the other hand, Princess Toadstool can hover above the ground. So, if you’re about to tackle a level with a lot bottomless pits, she might be the best choice. When it comes to the other characters, Luigi can jump high and Toad is extremely fast.

Once again, for the sake of this playthrough, I chose to play the All-Stars version of the game, due to the improved graphics.  When I was younger, I enjoyed this game just as much as anyone else. But I always felt it paled in comparison to the original SMB. This time through, I actually found the game to be a lot more likable than I remembered. This was another one of those titles that everybody and their grandmother had a copy of, so I guess I had played through it so many times that I eventually it got bored with it. I suppose all the years away from it have done some good, because I actually had a blast exploring it again.

I was pleased with myself for being able to remember many of the secret rooms and power-ups after all these years. But, one ability I seem to have lost with time, is the knack for winning the bonus game at the end of each level. In Mario 2, after each stage is completed, you can spend any coins that you’ve earned on a slot machine mini-game. This reward for this game is extra lives. Back in the day I used to be able to land triple cherries almost every time (the best result), thus earning a ton of 1-ups. Over the years, it seems I have lost my touch.

One thing that surprised many gamers when this game first hit the scene was that it does not feature Bowser as the villain. Instead, the final boss is an evil frog-wizard known as Wart. It’s just another example of how just “un-Mario” this game felt. But in the end, the weird vibe of the game is explained.. (SPOILER ALERT: Upon completion of the game, you discover that the whole scenario was nothing more than a dream by a sleeping Mario… That always seemed a like a cop-out to me. However, looking back in retrospect, I am able to forgive this silliness.) Again, in reality, all this is a side effect of SMB2 starting out a different game entirely.

Despite being a bit of an oddity, Super Mario Bros. 2 is a fun and colorful experience. It’s a classic retro-romp through a twisted dreamworld that the whole family can enjoy.

Difficulty: Medium –  Overall, I find this game to be much easier than the first two titles in the series. Most of the really tough spots don’t manifest until the later levels. But by then, most players are familiar enough with the game’s quirks to tackle them. Some of the boss fights are tricky, especially when you have to catch projectiles in mid-air and toss them at the monsters. But with time, completing the game is very do-able.

Story:  Completely different than the original. This time, Mario finds a door that takes him to a strange land filled with odd creatures. Mario must help save this foreign land from evil influence of Wart. I suppose the plot here is still pretty sparse. But it is definitely a change from the original.

Originality: I have to give this title a pretty good score here. This is very different from it’s predecessors. It’s quirky and fun. It was unlike anything us Mario fans were expecting at the time.

Fun: I find this game to be one I recommend often for family game nights. It’s just right for children around age 8+. My family has a lot of fun passing the controller back and forth between levels and turns. Despite the challenge that appears towards the end of the game, it never gets exceedingly frustrating.

Graphics:  Colorful, fun. An improvement over the original in terms of graphics. The colors are a bit richer and the levels are more detailed. This is true for both the NES and SNES version of the game.

Playcontrol: The Wii version of the games suffers the same issues as many NES platformers do. Sometimes the controls feel a bit laggy, or imprecise. However, it seems to be a bit better than Super Mario or The Lost Levels. Not sure why.

Overall score (1-100): 90 –  Another classic from my youth. It doesn’t matter which version you might play. This is a must have for any video game collection.