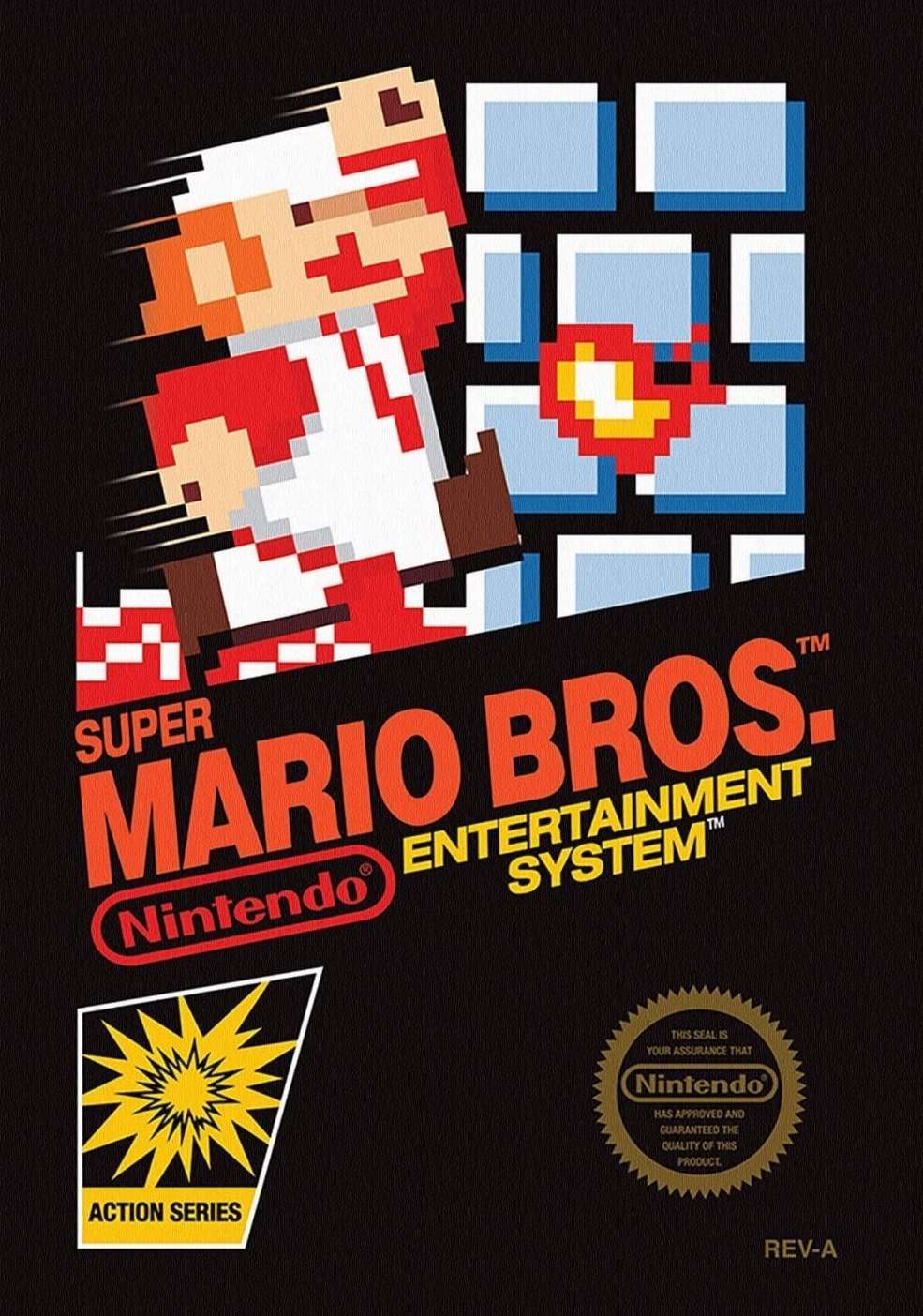 Working on this blog and waxing nostalgic about old games really got me hankering to play. So tonight I decided to have a little quality time with my son by breaking out some old school Super Mario Bros. A couple years ago, I picked up the Mario 25th Anniversary disc for the Nintendo Wii. This collection is essentially nothing more than a repackaged version of the previously released Super Mario All-Stars collection (a compilation of the first four Mario games, remade for the Super Nintendo). God only knows how many times I’ve purchased these games over the years, but having the All-Stars versions playable on my modern Wii was just too much to resist.

It had been a while since I set foot in the Mushroom Kingdom, but reliving this old classic was a lot of fun. My son and I enjoyed the game’s two-player mode. We played together for several hours and had an absolute blast. Playing this classic again after so many years was like putting on an old glove. I’m proud to admit that I still remember all the old tips and tricks (hidden blocks, shortcuts, etc). – I’ve still got it!

Spending the evening with this game again gave me a brilliant idea; a playthrough/review of the entire Mario series. Why not? It could be fun! So after everyone went to bed, I settled back down in my armchair with the lights down low, slid the disc in the Wii, and started my journey.

Before I begin, I’d like to note that while I do have the actual 8-bit Virtual Console version, I decided to go ahead and go with the All-Stars update for my playthrough. I did so simply for the better graphics and upgraded audio. Since the gameplay is exactly the same, I don’t feel like I’m really compromising the experience. Although I will admit, there’s a certain undeniable charm to the unmodified original. I think a part of me actually prefers the original audio, if only for nostalgia reasons.

In case you’ve been living under a rock for the last twenty-five years, Super Mario Bros. is the story of Mario and Luigi, two Italian plumbers who find themselves in the weird fantasy world called The Mushroom Kingdom. Their goal is rescue a kidnapped princess from the evil turtle-bully, Bowser. The game is a side-scrolling platformer consisting of eight, four-level worlds. The fourth level of each world features a castle that might potentially house the missing princess. (Of course, you don’t actually find her until you’ve reached the very last castle.)

Now, as any experienced player knows, Super Mario Bros. is filled with shortcuts. These “warp zones” are hidden throughout the game and allow players to skip over certain worlds. I decided to play through the entire game without warping and I’m glad I did. Over the years I had forgotten just how quirky and wonderful many of the skippable levels were. They are filled with giant colorful toadstools, flying fish, sneaky swimming squids, and a number of other interesting oddities. In my opinion, it’s easy to miss a lot of grandeur that this game has to offer by rushing towards the finish line.

As is true with most platform style games, as you progress further the difficulty steadily increases. But, I’ve actually always enjoyed how tough some of the later levels are. For example, who could forget the the little “mazes” you encounter in some of the castles. In case you’ve actually never played, I’m referring to a handful of levels where you must travel in a certain pattern in order to progress. For example, in some instances you must navigate across the bottom of the screen, then the top of the screen, then segue into the middle path. Failing to figure out the correct pattern causes the level to just continue endlessly until the timer runs out. Infuriating? Yes. But still, it is some good stuff!

Call me a nostalgic fool, but sitting down and playing through this title again was a lot of fun. Despite the age of the game, it still manages to capture that same magic that made it so popular the first time around. Is it tough? Sure, but there’s still something satisfying about finally rescuing the princess and getting that kiss on the cheek.

Below is my breakdown of the game. Please understand it is simply my opinion.

Difficulty: Hard – Some levels can be quite challenging even today. But as is the case with most games of this type, traps and enemy placement always stay the same. If you’re determined enough, there’s nothing that you cannot overcome after several attempts and using good memorization. Patience is key.

Story:  Little to none. Evil Bowser; the King Koopa, kidnaps Princess Peach. Mario and Luigi come to the rescue… Kind of shallow I suppose. But on the other hand, do we really need much of a story for a game like this?

Originality:  At the time of release there was nothing like it. Imaginative worlds, fresh ideas for the time. This was the game that started it all for Nintendo.

Soundtrack: Despite the limited resources of the NES and SNES, the music in this game is timeless. SMB contains what is arguably some of the most recognizable game soundtrack of all time.

Fun:  I had a BLAST playing this with my son. The game is a bit dated nowadays, but that does not detract from it in any way.

Graphics:  Dated by today’s standards, but still quite lovely to look at. This is true for both the NES version and SNES. In truth, at the time it was originally released everything about this game looked state of the art. Today, both versions still carry the cartoon vibe extremely well.

Playcontrol:  The original release showcased the NES controller perfectly. Every element was responsive and just felt “right”. The original All-Stars version handled pretty much the same, but suffered a bit from having a few extra buttons on the controller. This resulted in players tapping the wrong button occasionally. But in truth, it didn’t take long to get the swing of the new scheme. The Wii version of the game suffers a bit in the playcontrol area. The Classic Controller and Classic Controller Pro work well, but the cross-pad and control stick feel a little loose at times. I had several character deaths that were the direct result of the control not responding the way they would have on the original hardware. It’s not horrid, but it is noticeable.

Overall Score (1-100):  100 – Super Mario Bros. is nothing short of iconic. It sums up the 80’s video game experience better than nearly anything else I can think of. But, chances are you already know this.

Available today on: Switch Online  (Updated as of Spring 2022)