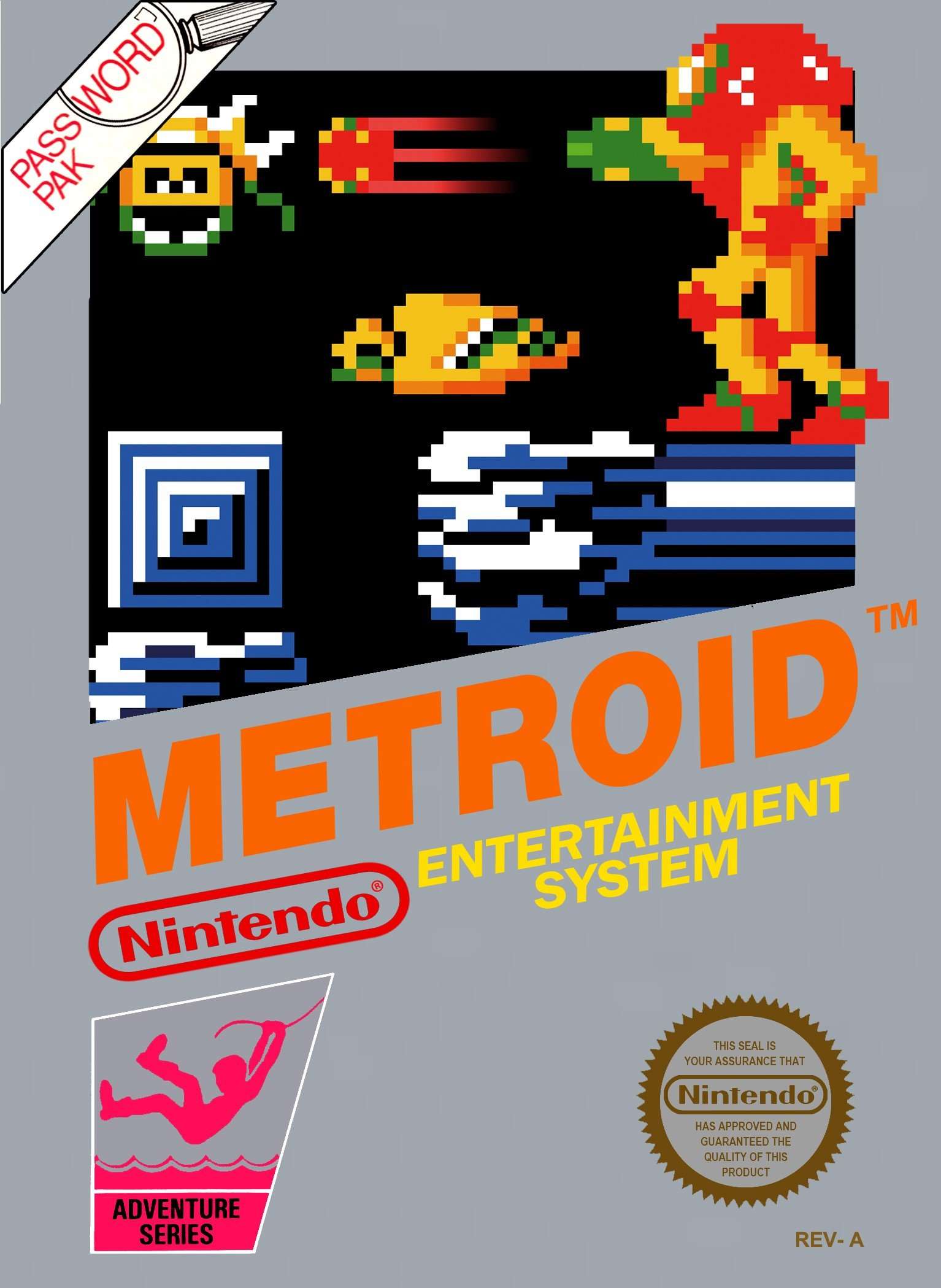 I love looking back at the these old games. When I think of classic NES titles, Metroid is one that immediately comes to mind. I received my first NES as a Christmas present and Metroid is one of the games I received along with it. It has captivated me ever since.

In Metroid, you play the galactic bounty hunter, Samus Aran. Samus is sent on a mission to infiltrate a secret base of Space Pirates on the world of Zebes. The pirates have stolen a batch of alien organisms known as “Metroids” from a research lab, and are illegally breeding the creatures for warfare. Samus’s mission is to sneak into their stronghold, exterminate the Metroids, and destroy the pirate’s base.

Samus begins the game equipped only with a suit of armor and an arm cannon. As you explore the planet, new weapons and enhancements are added to the arsenal, the enhancements allow Samus to access areas to explore. For example, some doors can only opened by destroying them with missiles. So, until the player finds the first cache of missiles, these doors are impassible. Instead of a “stage-by-stage” presentation, the world of Metroid is very much open for the player to explore as they wish. Players will find themselves backtracking through old areas every time they earn a new skill just to see if there’s anything they might have missed. These days, this concept sounds pretty basic to many gamers, but this mechanic was completely revolutionary at time. 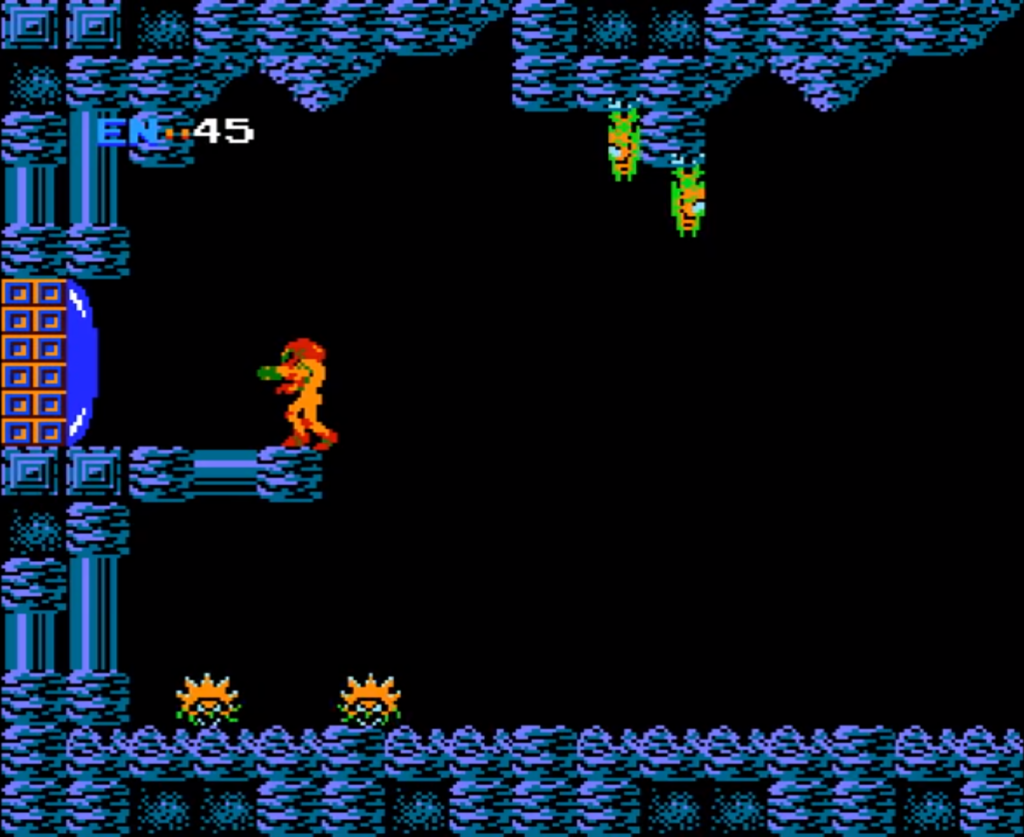 The planet is home to two “mini-bosses” known as Kraid and Ridley. But, the whole space pirate operation is actually controlled by a cybernetic organism known as The Mother Brain. After much exploring and problem-solving, Samus eventually defeats the Mother Brain only to a planetary self-destruct sequence. If Samus manages to escape, the game is won.

The challenge of Metroid lies in search and discovery of the various items needed to progress further into the title. As you continue to dive deeper into the mysterious planet, you uncover various areas, each with their own unique atmosphere. Different areas of the planet have their own unique look and play host to different breeds of alien critters. The game’s soundtrack also helps to give each area its own feel. As a child, I was captivated by the overall vibe this game puts off. And even today as an adult, it still manages to ignite a bit of wonder.

Another revolutionary aspect of Metroid is the way the game handles “continues”. A game of this size can’t really be completed in one sitting. So to allow players to end and resume their gameplay, Metroid uses a password-based saving system. This method seems antiquated by today’s standards, but worked very well at the time. 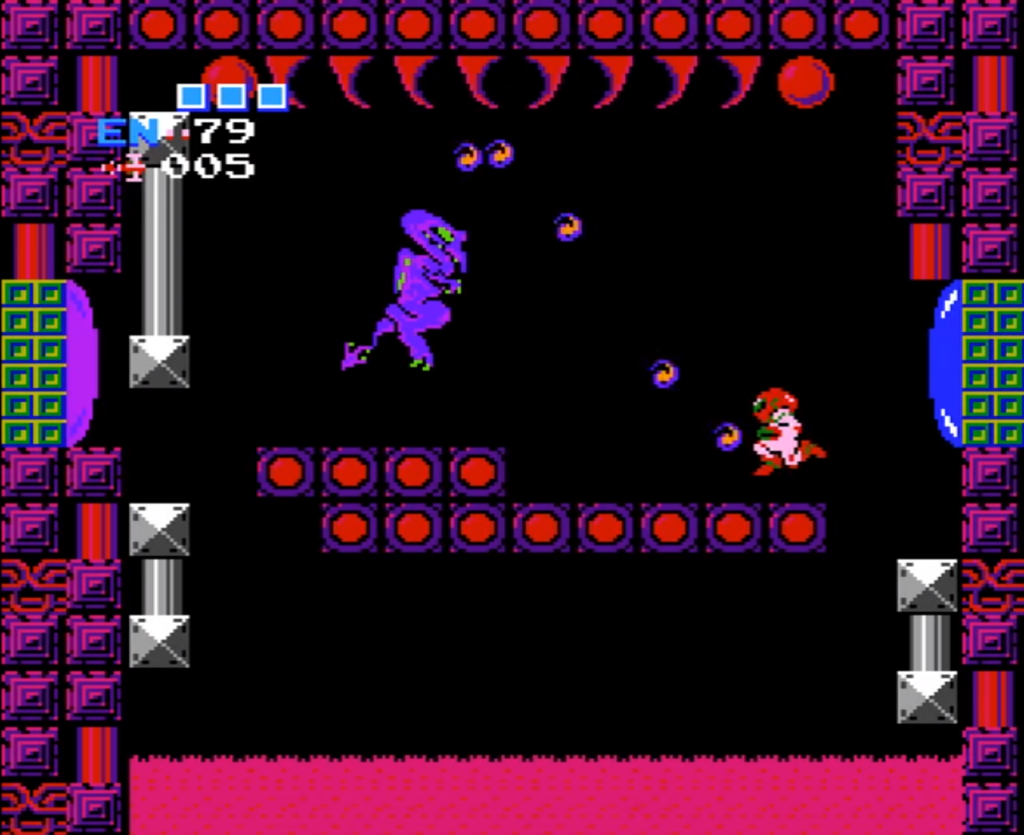 One interesting thing to note; If you manage to complete the game in a certain period of time, it will be revealed that Samus Aran is actually a female. These days, that may not seem like a very big deal, but at the time of the game’s release a female bounty hunter was something that surprised many players in the west. Throughout the majority of the game, Samus only appears as a mysterious being in a spacesuit. But by unlocking this ultimate ending, you can actually start the game over and play without the suit.

Metroid was so popular and groundbreaking that many other game developers have since copied the Metroid formula for success. But what makes Metroid stand out among the masses is the fact that it was the first and arguably, the best. The developers did an amazing job of creating a truly alien environment for the player to explore. Everything from the strange creatures, to the unearthly soundtrack make for a great experience. This is one title that I certainly recommend for any gamer. It’s makes for a great latenight play-a-thon. 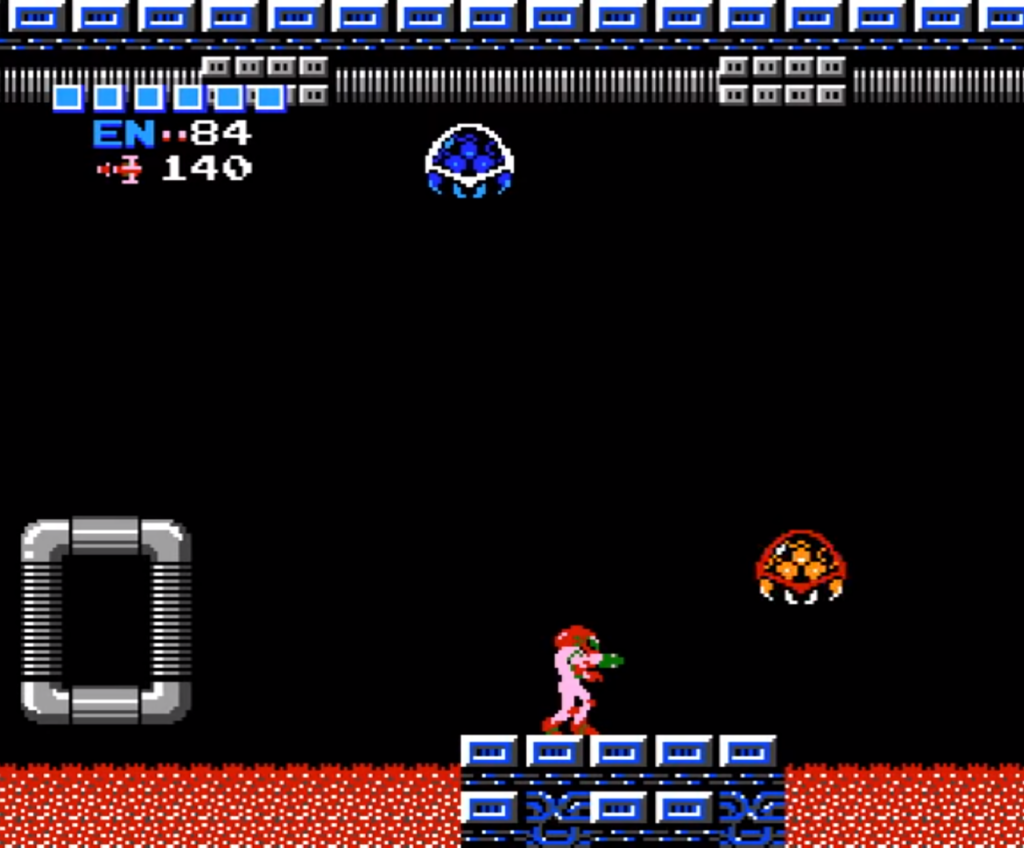 Difficulty: Medium –  In early parts of the game, before Samus is equipped with a decent arsenal of weapons and energy tanks, things can be dicey. Patience is key. If you take your time, and don’t rush headfirst into a room of aliens you will be ok. The players that takes the time to explore and uncover a good amount of loot won’t have too much of a problem. Most the minibosses have their own tips and tricks that make them easier to defeat. Weapon selection is key.

Story:  At first, the story seems just a little bit shallow. It’s good backdrop to the game, but provides little else at first glance. However, as the series developed later, the story behind Metroid is expanded and becomes quite a complex tale.

Originality: At the time it was released, Metroid was hands down a new experience. Nothing like it had ever been seen. The formula behind the gameplay proved to be so popular that many titles in the future would imitate it.

Soundtrack:  Weird, alien, fitting. Again, another first. The music in the game is so unlike anything I had encountered before. Very ambient, with strange reverberated notes and mechanical noises. The tunes are still catchy today. I love it.

Fun:  By now it’s no secret that I’m a big fan of the game. I never fail to have a good time when I put it in.

Graphics:  This was a launch title for the NES and in a way, it shows. The graphics are clear and the characters are distinguishable. But there’s not much going on in the background of the levels. Most of the backdrop is just solid black. The NES was capable of much more. But again, this game was released early in the life of the system.

Playcontrol:  Spot on with the original release. After a few hours with the game, you really get a feel for what Samus is capable of. The Virtual Console version suffers from minor imprecision, but this, as usual, is due to the difference in the controller and not the emulation. I have played this game on a number of systems and never experienced this on the 3DS version.

Value: These days, a copy of the original game can be bought on the Wii Virtual Console for $5. For this price, it’s a steal.

Overall score (1-100): 100 – Metroid is a classic NES title and one that I feel everyone should experience. I introduced my son to it when he was about six years old and he’s loved it since day one. If you have never played it, you’re really missing out. It stands the test of time well.

Available today on:  Switch Online (Updated as of Spring 2022)