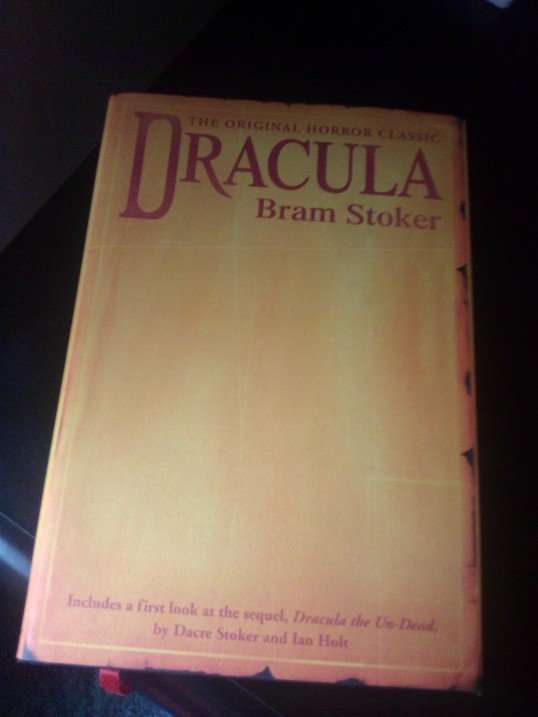 Well, here we are: October. Probably my favorite month of the year. There’s just something about the change of the seasons that appeal to me. I enjoy the crisp bite in the autumn air, the sound of the breeze through the leaves, and something childlike in me really enjoys the creepy feeling that you get late at night that makes you want to turn off all the lights and put on a cheesy horror flick. Oh, and let’s not forget the great beer that comes along with Oktoberfest…

As a child, I was never really one for spooky or slasher movies. But I did enjoy Halloween quite a bit. For some reason, I always had a thing for Count Dracula. One of the earliest Halloween outings I can remember, I dressed in a black cape with a plastic pair of fangs stuffed into my mouth.

When I was around 11 or 12, still living in Okinawa, Japan, I found an old green, fabric-bound copy of Dracula and Frankenstein at the library on the Air Force base. I checked it out and read it. Now, at that age, I can admit that some of it did go over my head. After all, the book was almost 100 years old. But, I had pretty good vocabulary for my age, and I was able to understand it quite well. In fact, I fell in love with the book. To this day, Dracula, by Bram Stoker is my favorite novel of all time. I’ve read it probably a total of ten times in the last twenty years.

A couple of years ago, a distant descendant of Bram Stoker published an “official sequel”… and let’s just say, I personally feel that it is not very true to the original. But, in all honesty, it’s not a bad book in its own right. Regardless, I don’t considering it to be a true heir to the story of Dracula.

My love for this book, attracted me to a video game that many reader of this blog probably know and love: Castlevania. The Castlevania series is built off of the legend of Dracula, and again, in its own right, it’s a pretty interesting tale.

So far with this blog, I have largely spent time reviewing classic NES games from my youth. Of course, I’ve taken breaks to discuss some other titles, just to kind of change up the flow a bit. This month, I’m going to do something a bit different… October is going to be Castlevania month. While my original plan was to cover the NES games from my youth, and then the move on to SNES, and so on; I’m going to break the rules and provide extensive coverage of the Castlevania series as a whole. Then, starting in November, on the Samhain (traditional Pagan New Year), I will tackle the latest installment in the series, and also the series new reboot title: Castlevania – Lord of Shadow.

The Castlevania series has had it share of ups and downs over the years. Several titles in the series were retroactively removed, and then a handful of those were added back later on. So, the whole thing can be very confusing. For the sake of this playthrough, I’ll only be reviewing the games that are considered “canon”, with perhaps one exception.

The coverage starts tomorrow, so if this is your kind of thing, stay tuned.