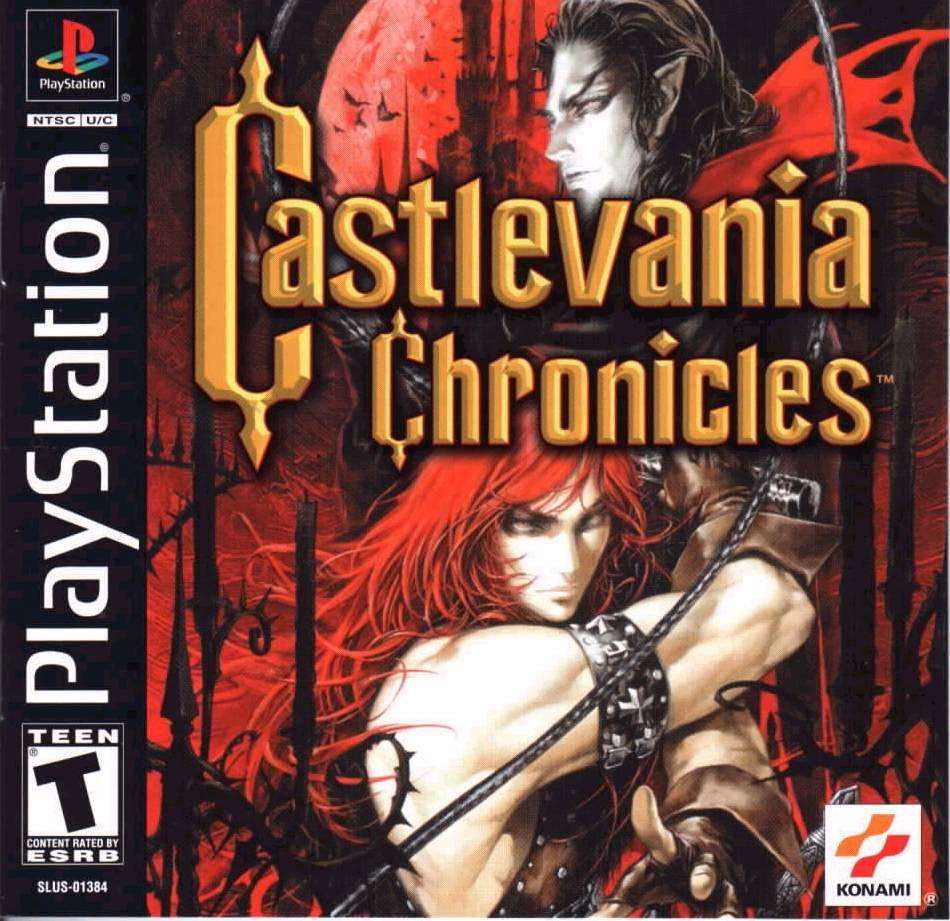 This entry is yet another remake of the original Castlevania game featuring Simon Belmont. Released for the Sony Playstation, this game takes full advantage of all that console has to offer. The graphics and sound are on par with Symphony of the Night. This game also introduces some new story elements into the original Simon vs Dracula tale that have never been present before. As a result, many believe this is the “canon” version of the infamous 1691 battle between Simon and Dracula. 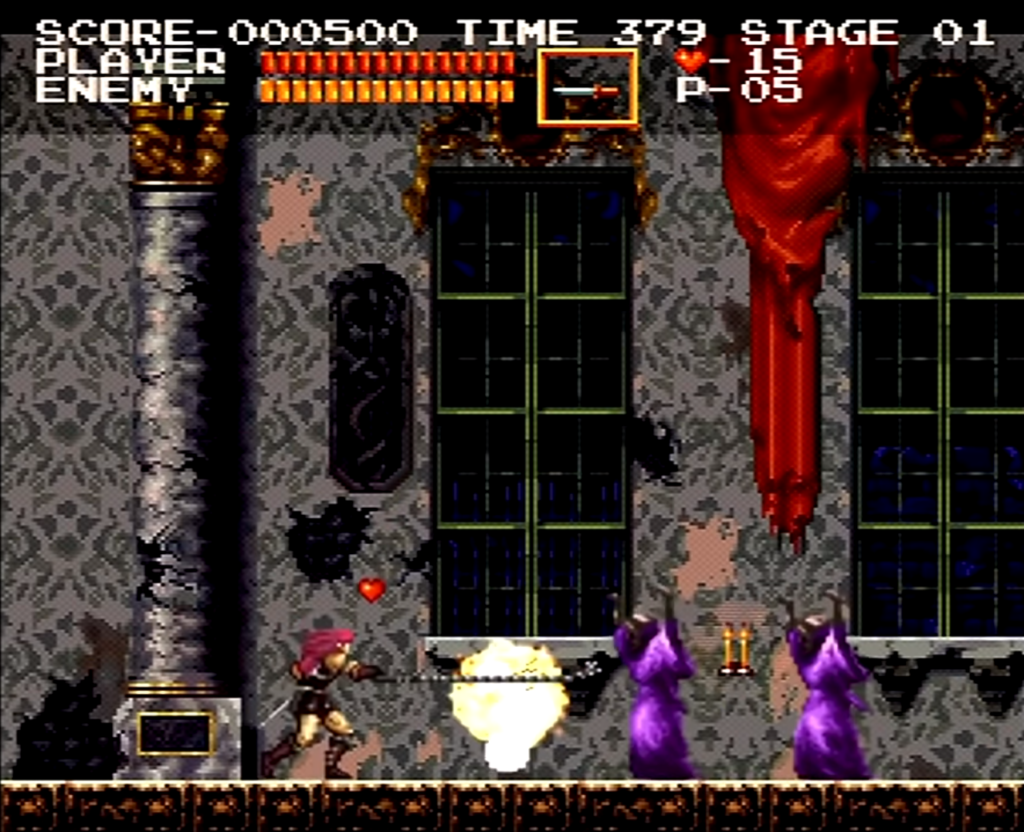 I mentioned above that this is a Playstation title. But I should clarify that a bit. The version of Castlevania that this release is based on actually debuted on a little known Japanese home computer system called the SharpX6800. For years, this rendition of Castlevania was unseen outside of Japan. Eventually, Konami ported this release to the Playstation and added a few new features. This updated release is what makes up Castlevania Chronicles.

When firing up this game, the player has two options: Original Mode and Arranged Mode. Original Mode presents the game exactly as it appeared on the x6800. Arranged mode features some updated sprites (mostly giving a new look to Simon) and a few minor changes to the gameplay (no knockback mechanic, for example). I’ve tried the game both ways and I prefer the play using Arranged Mode.

Upon its release, this title received very mixed reviews. The game was criticized by many for being extremely hard, especially in later levels. However, it received praise for its wonderful storytelling and superb graphics. To be honest, it is a very strange beast. For me, it is an interesting entry in the Castlevania saga, but one that seems to have no real purpose in the long run. For someone interested in playing through the series for the lore, I suppose this would be the definitive version of the “Castlevania story”. But, I’d be hard pressed recommending Chronicles over the original Castlevania. If anything, the original game holds a spark of nostalgia, where this one feels a bit shallow in its presentation overall. 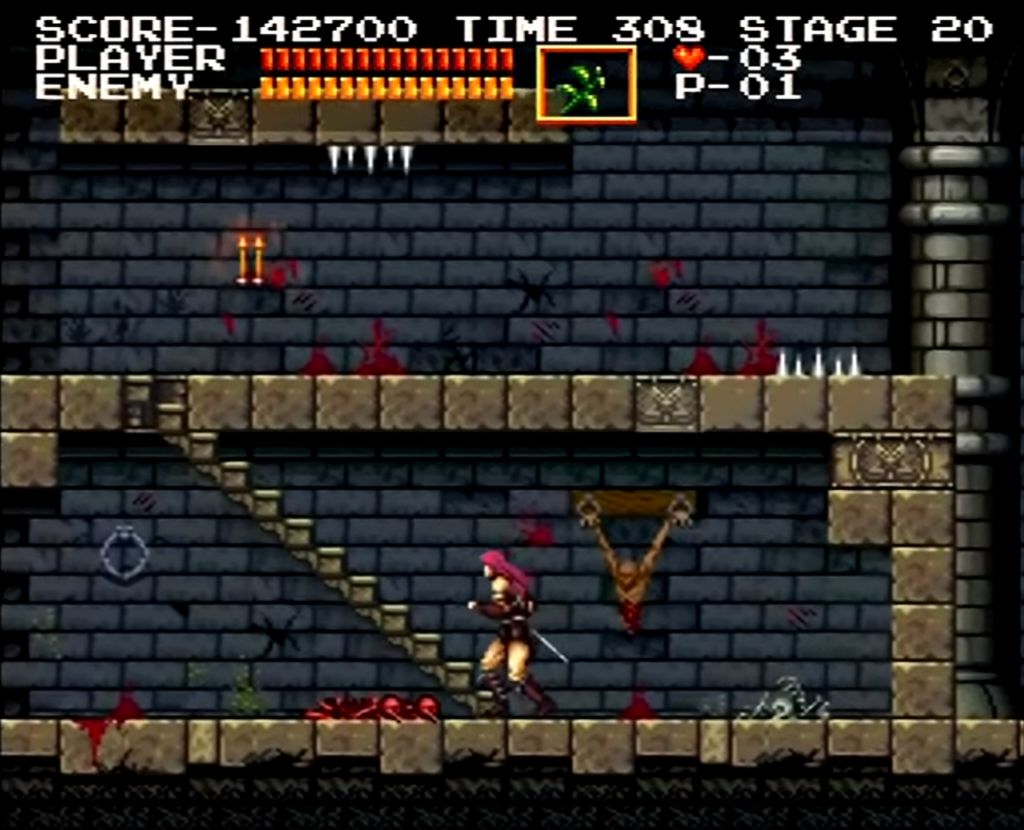 I do have much praise for this game’s sound and graphics. Plus, the controls are spot-on perfect. My biggest gripe with this title is that it is a pretty short experience. I played thru the whole game in three sittings, so compared to the newer titles there’s not much content to keep fans satisfied.

Castlevania Chronicles is certainly an interesting addition to any collection, but it doesn’t really bring anything new to the table. This is one of those titles that’s best enjoyed by hardcore fans. 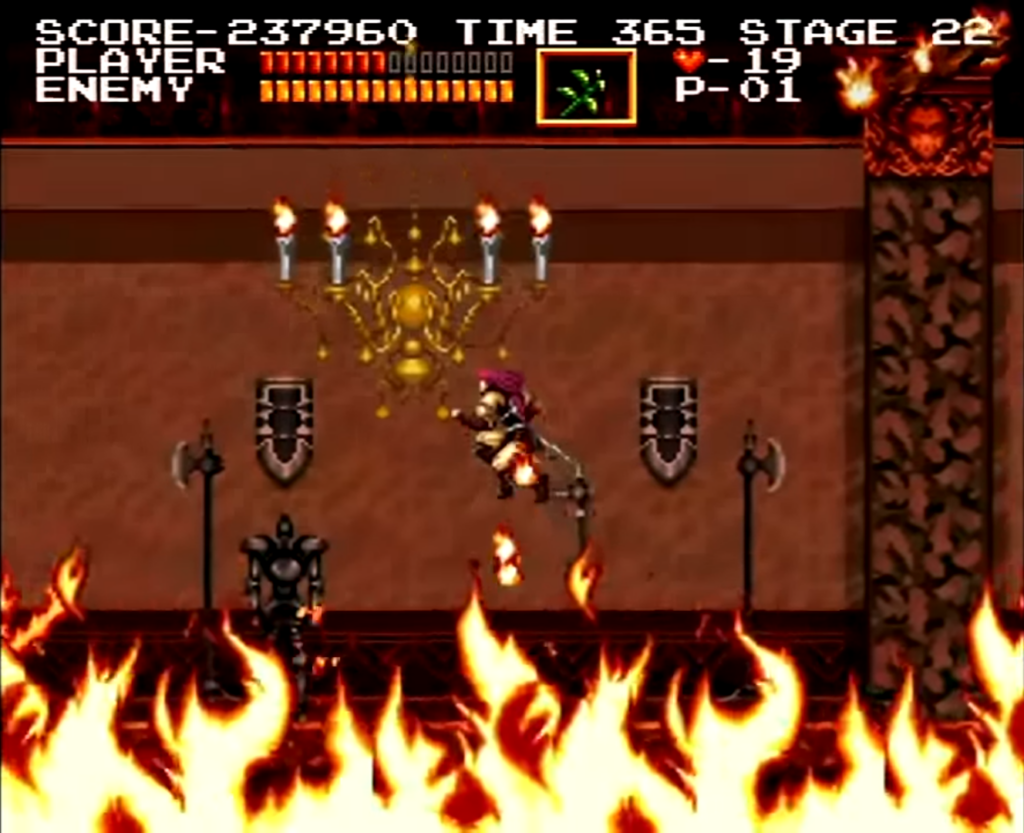 Difficulty: Very Difficult – This one is no joke. The “Nintendo hard” is back in this title with a vengeance. Casual gamers, you’ve been warned.

Story: The scenario in this title is identical to Castlevania and Super Castlevania. Although for the first time, we have the inclusion of cutscenes. Due to the story elements, this is often considered to be the definitive version of the Simon vs Dracula story.

Originality: This title harkens back to the earlier games in terms of design. Even the top-of-the-screen UI is a throwback. Aside from the new dialogue and visuals, there’s not much new here.

Soundtrack: CD quality audio and a lot of classic tunes from the series. But in my opinion, many of renditions are pretty poorly arranged. Overall, I wasn’t really that impressed. But, I’ve heard worse.

Fun: It was really cool to see another flavor of the Simon story, but a lot of the fun was diminished by the high degree of difficulty.

Graphics: There are really two versions of this game. The original was released on an obscure computer system and the PS1 version is technically a remake of that. The CD actually includes both versions, but I feel that the PS1 version is by far superior. The graphics are much improved. I might even argue that they look better than SotN.

Playcontrol:   No real issues here. Everything feels precise and the controls respond as expected.

Value: The physical version has been long out of print, but it is available digitally on the Playstation Network for under $10 – a very fair price for this type of game.

Overall score (1-100): 70 – This a decent title, but I just don’t feel very passionate about it for some reason. Perhaps because it was another rehash, I’m not sure. I just didn’t light me on fire. But I cannot deny it is a very good game in it’s own right.