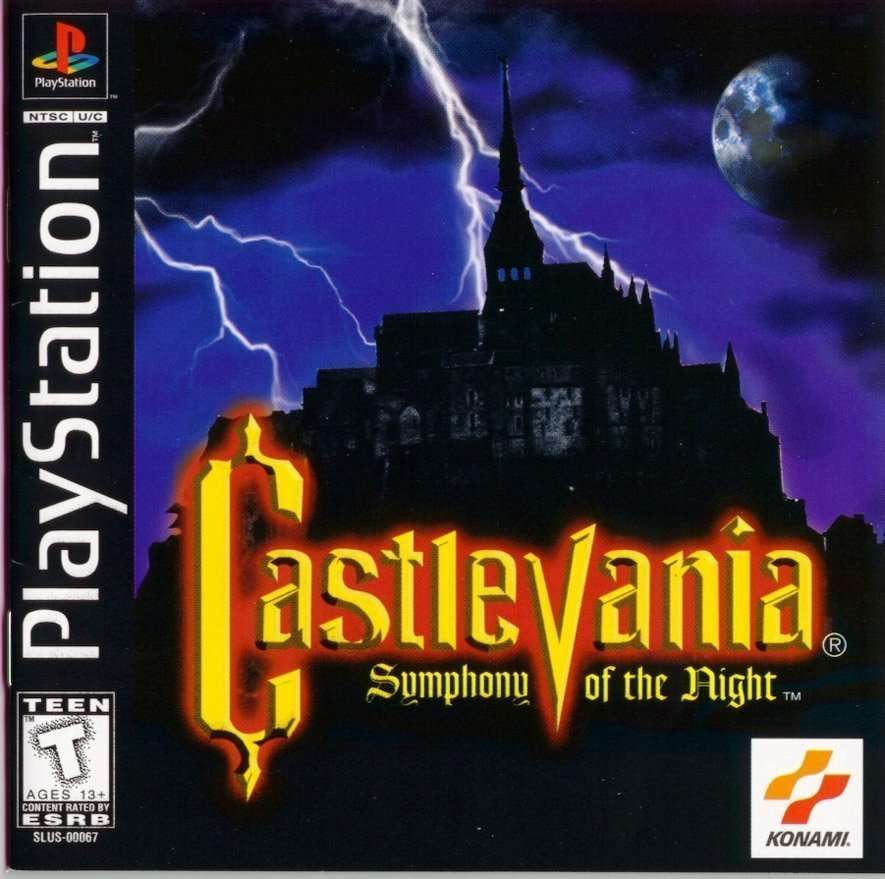 The next installment of my Castlevania playthrough is complete. The legendary Symphony of the Night! This title is a classic and is often considered one of the “must-have” Playstation titles. This is the game that revitalized the Castlevania series and set the bar for many of the future installments in the franchise.

Symphony of the Night is a direct sequel to Rondo of Blood. The intro to this game showcases the final battle between Richter and Dracula. Five Years later, Richter mysteriously vanishes at the same time that Castlevania reappears (appears that is, before its normal one hundred-year window). Rondo’s beloved Maria heads to Castlevania in search of Richter. While she’s there she runs into Alucard, who has also ventured to the castle to investigate it’s mysterious return. This is where the game begins. 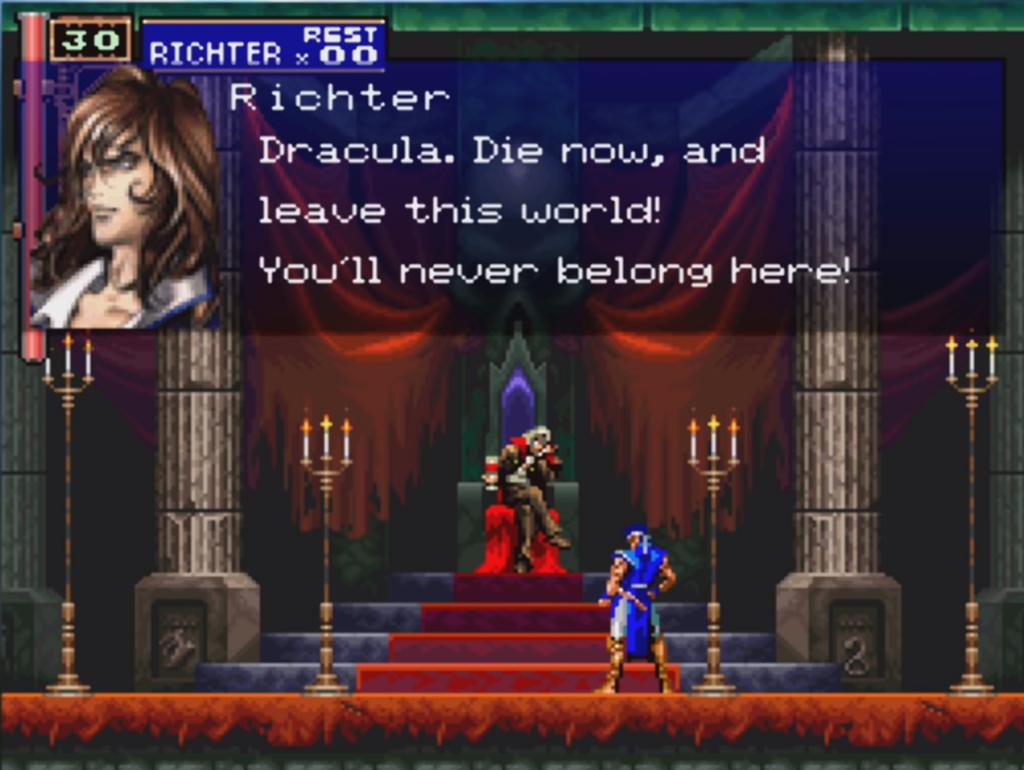 In this game, you control Alucard as he explores the castle and overcomes its many obstacles and monsters. Unlike previous entries in the Castlevania series, this game isn’t presented in a stage-by-stage format. Instead, the entire castle is open for exploration. In fact, this game works very similarly to the Nintendo classic Metroid.  At first, only a small portion of the castle is accessible. But as players continue to explore, they will find items and unlock abilities that open the doors to more areas of Castlevania.

This style of gameplay was very popular with fans, and in fact has been copied by a number of other game developers as time went by. As a result, games that follow this formula have since been labeled as “Castleroid” (or “Metroidvania”).

With all the exploration this game has to offer, Symphony of Night naturally offers a save feature. However, the concept of passwords is now a thing of the past. In this game, there are a number of coffins scattered through the castle. These coffins act as save rooms. By stepping into the coffin, player’s progress is saved. 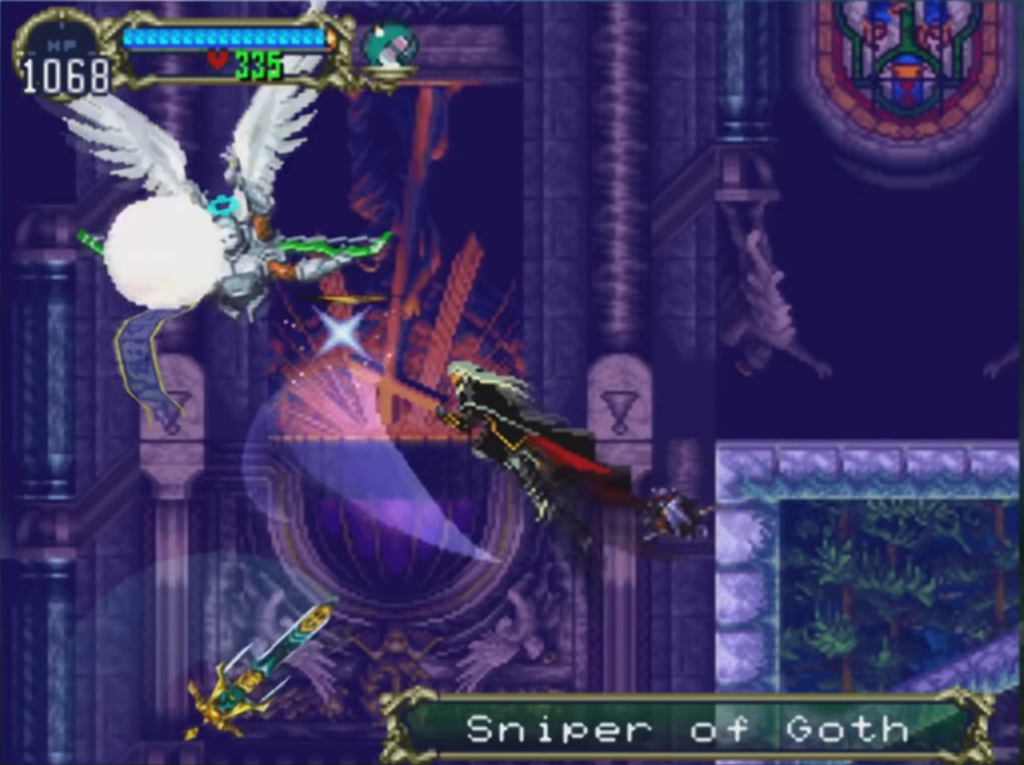 Symphony of the Night features a number of possible endings. Once players have explored most of the castle, they will eventually have an an encounter with Richter. Going into this fight blindly and defeating Richter will bring about the end of the game… but it’s not the true ending. Players who are patient and willing to explore every nook and cranny will uncover clues that will explain Richer is actually under the influence of a spell. With this knowledge in mind (and the proper optional item), players will be able to break the spell.

Once Richter comes to his senses, all hell breaks loose… the clouds above the castle begin to swirl, and a dimensional portal appears in the skies above the castle. A mirror image of Castlevania descends from the portal, and this “Inverted Castle” becomes accessible.  This castle is a mirror image of the one the player has just conquered (although you must transverse it upside down this time). Now, just like Simon in Castlevania II, Alucard must recover the remains of Dracula, resurrect him, and defeat him. 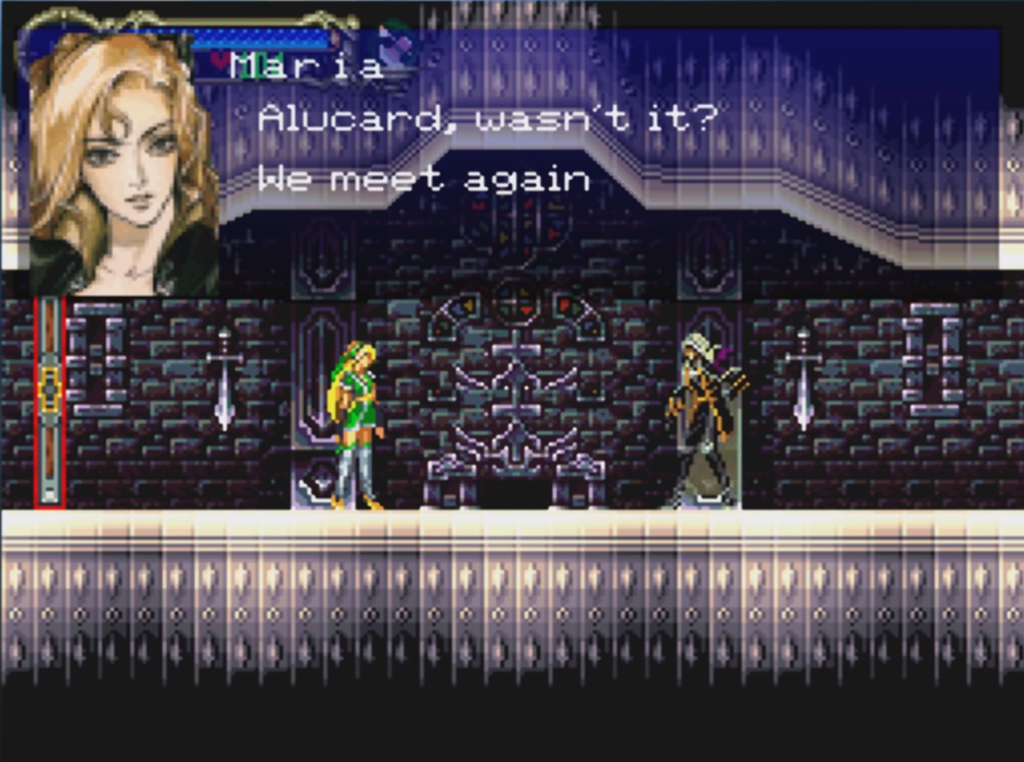 I played this game for the first time back in 2005 and I was completely blown away. Playing it again for this review, I found it to be just as impressive as it was the first time around. Symphony of the Night is an absolute masterpiece. It takes all of the characters and lore of the Castlevania series but provides an entirely new gameplay experience. And if I’m being honest, it was very much needed.

Everything about this game is flawlessly executed. The art direction, level design, next-generation graphics, CD-quality audio, and even the playcontrol is nothing short of perfect. It is seriously that good.

For many gamers, their experience with Castlevania started here. So, if you’ve tried some of the older games in the series and didn’t find them to your liking, I urge you to give this entry a try. You won’t be disappointed. 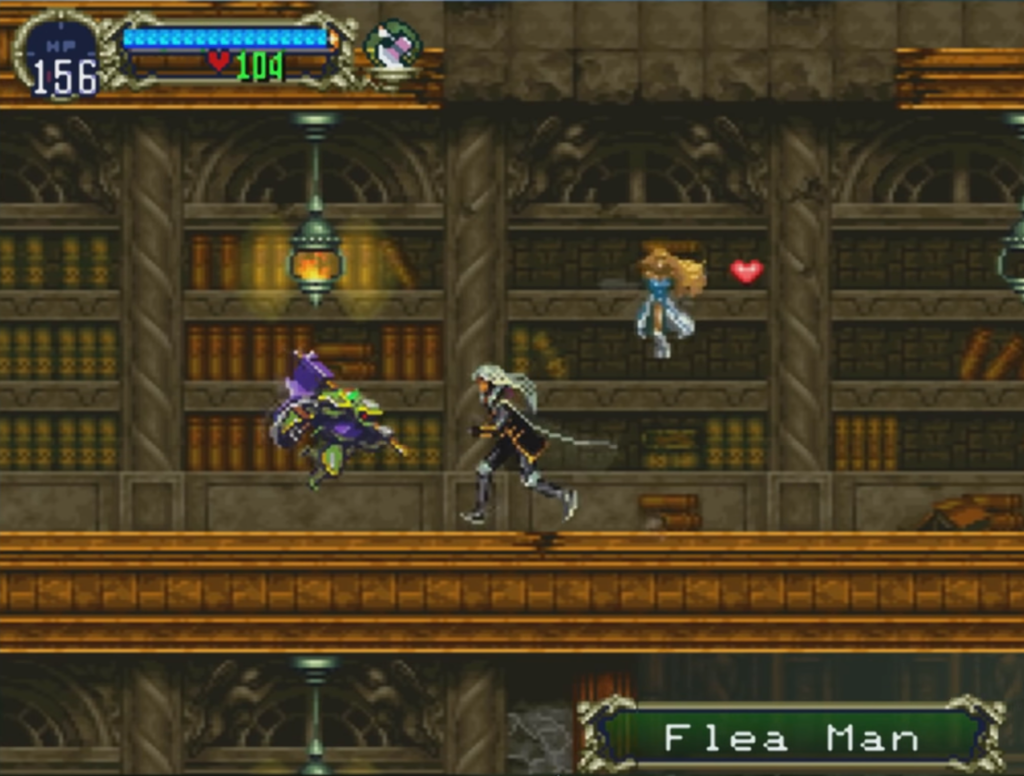 Difficulty: Medium – This title is fairly easy-going for the most part. Unlimited saves make things much less stressful than the Castlevania titles that came before. Anyone with a bit of patience can manage to power up before taking on new areas and bosses. This game sort of sets the standard for the future titles in terms of difficulty. The challenge here comes from exploration and finding all of the hidden and secret rooms.

Story: Very well done. We finally learn a bit of history behind Dracula, as well as backstory on Alucard. Of all the Castlevania titles thus far, this game focuses the most on the lore and storyline behind the game.

Originality: Overlooking many of the elements borrowed from Metroid, this game represents the new direction of the Castlevania series. Out with the old and in with the new.

Fun: Symphony is a very fun title. Once you’ve started playing, this is the type of game that you catch yourself thinking about while you’re at school or work. And when it was over, I found myself wanting more. I can’t say enough good things here.

Graphics: This game is an excellent example of the what the Playstation was capable of. Excellent character models and background scenes.

Playcontrol:  Another win here. Everything feels natural with this title. The buttons do what they feel like they should do and the controls themselves are tight and responsive. Whoever mapped the controls to the in game abilities did a masterful job. Probably the best in the series thus far.

Value: This game sells digitally on PSN for around $10. At this price, there’s absolutely no reason not to purchase. It is worth every penny.

Overall score (1-100): 100 – For many, this game IS Castlevania. While completely different from the older games, there is no denying that Symphony of the Night was responsible for bring the series back into the attention of the mainstream audience. Not to mention, it’s just a fantastic gaming experience. This is one title I think no gamer should be without.