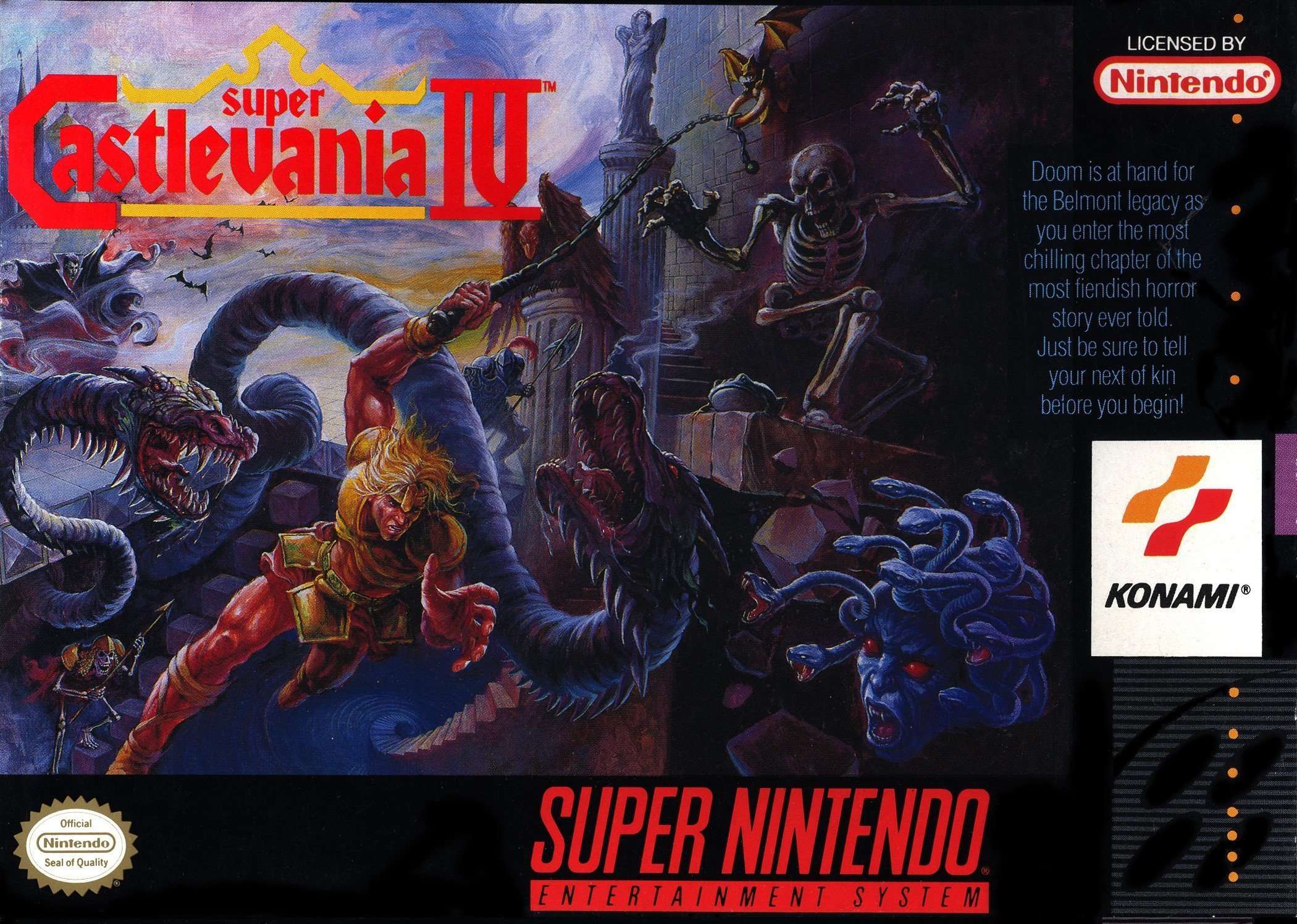 Every time a new console hits the scene, game developers naturally make it a point to bring their most beloved franchises to the new system. So when Castlevania fans got a taste of just what the Super Nintendo was capable of, they were excited. It seemed like the SNES was going to be the perfect home for their favorite series. Konami agreed. But while fans were eager to see the next chapter of the Castlevania saga, the company surprised everyone by instead releasing a reimagined version of the original game. That’s right, even though the game was marketed in the USA as Super Castlevania IV, and many fans bought it thinking it was one of Simon’s “further adventures”. It turned out to be a glorified re-telling of the original story. Which in retrospect, isn’t necessarily a bad thing.

The first Castlevania game was so loved by fans, why not release a new version taking full advantage of the technical prowess of the SNES? It was the perfect opportunity for developers to give the first entry in the saga a well-deserved refresh. Looking back, it seems like this game was a labor of love. It’s obvious that the developers took their time and didn’t cut any corners for this release. The remixed music is eerie and appropriate and the graphical effects are awe inspiring. It’s interesting to to see what parts of the original game were brought back. All of the classic monsters and weapons are present. But, aside from some background art, all of the levels have been completely revamped. Similarly, many of the bosses in this new entry are familiar, but there’s also a few new ones tossed in to the mix this time around. 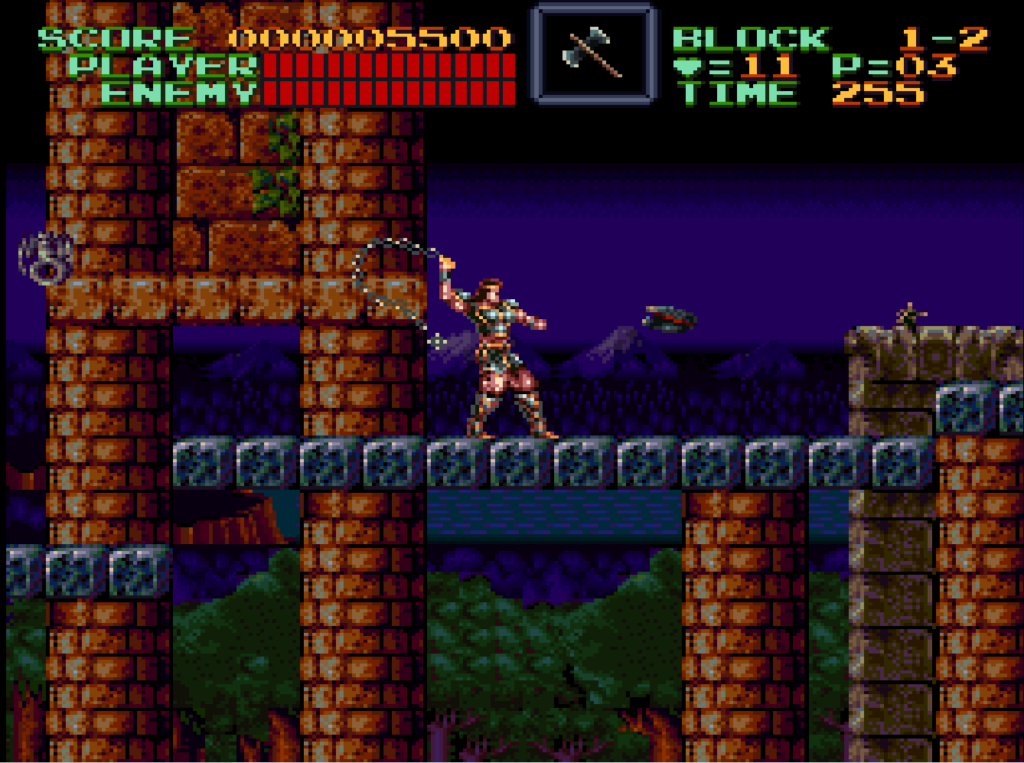 But Super Castlevania is more than just improved sound and visuals. Of all the console Castlevania titles released up to that point, Super Castlevania offers the best playcontrol experience. The controls are loose, but precise – something that was much needed for this type of game. Plus, this time Simon has some new trick up his sleeve. Now, instead of just flailing his whip at oncoming enemies, Simon can swing his whip in a 360-degree circle. He can also use his whip to grab on to hooks and other object. This allows him to swing over chasms.

Also, unlike the original Castlevania. This game adopts the password system seem in several of the other titles in the series. Thankfully, players no longer have to try to complete their run in a single playthrough 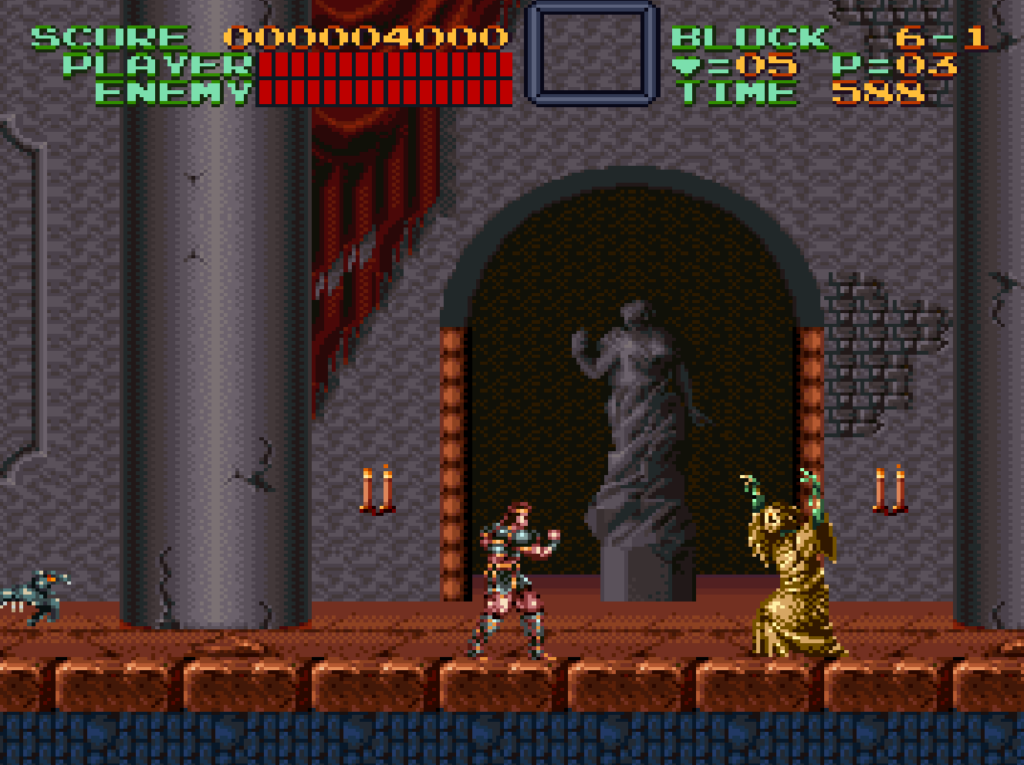 Technical upgrades aside, this game piggybacks on the previous entries in the series pretty heavily. If you’re familiar with the other games in the series, you already know what you’re in for with this title. The fact that this game is a reimagining of the first title irked a lot of people at the time it was released. These days, that sort of thing isn’t exactly uncommon. But back then, it was still a fairly unusual move for a developer.

Personally, I had a blast playing through this title again. This game has always been one of my favorite retro Castlevania games. Even today, it still holds up well. 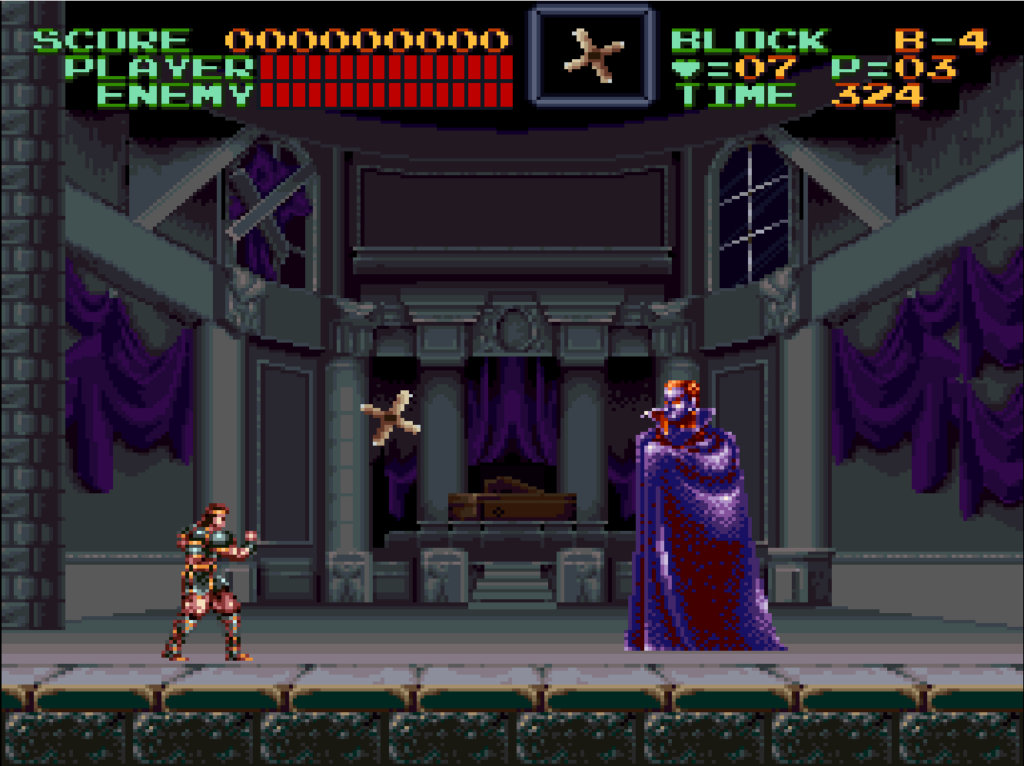 Difficulty: Difficult – Compared to most games of today. This title is pretty tough, but not as inhumanly hard as some of the other games in the series. When compared to the earlier games, this one is much more balanced in terms of difficulty.

Story:  For whatever reason, Konami decided to re-imagine the original scenario of Simon vs Dracula. When I was younger, I didn’t really understand why they would do this. Looking back today, I imagine that when faced with all the possibilities the SNES was able to offer, the creators decided to reintroduce the series using the latest technology.

Originality:  This game follows the formula of CV and CV3 in terms of design. Most of the originality presented in this title comes from the graphical effects and the twists and turns of level design. There are a few surprises like being able to manipulate the whip in new ways. But for the most part, this game is a rehash of what has come before.

Soundtrack:  The music in this title is really good stuff. We are treated to some new original tunes as well as some remixed songs from the previous games in the series. It’s a lot of fun to hear these tracks enhanced by the SNES soundchip. The music is very action-oriented, yet spooky at the same time.

Fun:   In my opinion, this game has provided some of the best fun in the series so far. It’s still tough, yet not maddeningly frustrating. This would make a great late night playthrough with a family member or friend.

Playcontrol:  This is the first title in which I have no real complaints. The character movement responds perfectly to the physical controls. This is true on the original SNES gamepad or the Wii gamepad. The ability to swing the whip is a nice touch.

Value: This game sells on the Wii Virtual Console for around $8.00. At this price it is very much a bargain.

Overall score (1-100): 90 – I can’t praise this title enough. Setting nostalgia aside, I can claim that in my opinion, Super Castlevania is so far the greatest title in the series. Everything about the game was executed almost flawlessly. It’s a great starting point for someone new to series. It keeps the original game mechanics, but with a fresh coat of polish.