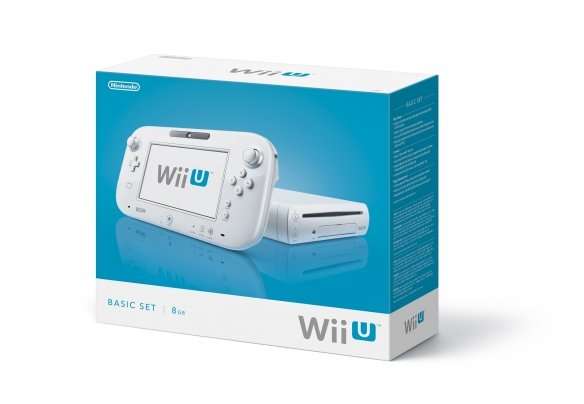 Well, I’ve had some time now to sit down and really dig into the depths of the Wii U. Overall, the verdict is still out. But let me begin with some of the first things I have noticed thus far.

First, the controller. I was very skeptical about the design on the new control pad. It looks bulky and impractical. However, once I actually got my hands on it I was pleasantly surprised. It is quite comfortable to hold, and the back sides of it are actually very ergonomic. The hidden stylus is included in the top. I call it hidden, because it took me three days to notice it… (Perhaps I should have read the instruction manual.) This time, there’s no more batteries. The controller is charged via power outlet. Sadly, it seems the life of the controller is not as good as I hoped. My Wii U pad seems to drain rather quickly, that’s a bit of a bummer.

Second, the graphics are much improved over the Wii. The Wii U comes with an HDMI cable. This allows for both surround sound and HD resolution. Personally, I ran into an issue because all the available HDMI ports on my TV were already taken. Luckily, I had an old Wii component cable (the blue, green and red cable). This also allows for HD video. However, it removes the option for surround sound.  –  With three gaming systems, a Blu-ray player, and an HD satellite receiver all plugged into one TV and surround box, I’ve found myself running out of options. But that’s no fault of Nintendo’s.

One quirky thing I noticed is that even with the right aspect ratio and TV resolution selected, it seems that the edges of the screen are still not being displayed. Like the border of the TV is cutting off the picture. Puzzled by this, I did some research online and I discovered a post stating that you need to tweak the settings on your TV to correct this issue… I’m not sure about this. I don’t experience this issue with any other system or device. Weird and annoying.

You are able to transfer your Virtual Console purchases and saved games from your existing Wii system. I can’t help but feel this is a bit more complicated than it needs to be. First you have to install an app on both your Wii and Wii U. Then you need to perform a back up of sorts on the Wii. Once complete, you can import via the Wii U. Doing so will erase the data from your Wii. An SD card is required for the transfer. While basic in theory, it’s feels a bit more convoluted in practice. But all in all, it works well and is complimented by some very cool animations – note to hackers: any unauthorized software will not be carried over. Also, if your SD has ever been hacked or “bannerbombed” your Wii U will more than likely crash when attempting to read the card.

The Wii U set up is pretty straightforward. Finally, Nintendo has a created a user-based system that allows you to multiple “logins” for members of your household. Also, if you have a Club Nintendo account, you can link it to your logon. Upon first start, your Wii U will have to perform a day-one update. This is pretty much a necessity as it unlocks many of the Wii U’s advertised features. However, it takes quite a while to perform. It actually took almost 2 hours for me on a fiber optic connection.

Once the update is complete and your Wii U is all booted and ready to play, you’re greeted with a weird looking home screen on the TV. I still haven’t quite figured it out… in the center of the screen are any Miis you’ve created. Surrounding them are hundreds of random Miis, all popping up various speech bubbles. Apparently, these are other Wii U owners and they are displayed through the Wii U’s internet connection. I’m sure there’s a way to turn this off, but it’s not immediately apparent. There’s really no navigating this screen that I’ve discovered. It’s just there.

The actual system menu appears on the screen in the middle of the gamepad. This resembles the layout you would find on a 3DS system. Pretty easy to navigate.

Now, I expected my VC and WiiWare titles to appear somewhere on the Wii U homescreen. However, they do not. You must first go to the Wii Channel to access this. Which means, you still need to keep a Wii Remote on hand. I found this to be a bit annoying. But apparently, even today, new VC titles are still only being sold on the Wii Shop and not the Nintendo Store. This seems a little odd.

The first thing I did was remove a few of the channels that I knew I was not going to use. I’m not a Hulu user or a fan of Amazon Video, so goodbye to these. I tinkered a bit with the Netflix app – a huge improvement over the Wii version. Next, I set up the Wii U gamepad to control my TV and satellite box. It worked surprisingly well. It will be nice to just pick up the gamepad and be able to switch the TV over to the proper input without having to hunt down three different remote controls.

Next, I poked around the TiiV application. This allows you to connect to your cable or satellite provider to route your favorite shows to the Wii U. I set this up, but I have not actually used it yet. I’m not sure I really see the point in it yet. Why do this and take up bandwidth? Why not just…. watch TV?

Finally, I browsed the new eShop. Several retail games were available for download at full price. But at this time, very few shop titles are available. I was a bit surprised by the lack of selection. I think I’ll stick with physical game discs. The basic Wii U has very limited disc space and I’m not too keep on the idea of slapping on an external HD anytime soon.

So far, my impressions of the system are hard to determine. I see a lot of potential here, and it is still VERY early in the life of the product. The game selection in stores is not yet very good. I feel the system is pretty solid and defiantly an improvement over the original Wii. However, at this particular moment I can’t exactly recommend it to everyone. But, I have no doubt at all that in time, the system will mature. If you can afford it, the deluxe version is probably the way to go.

I have only spent a few hours poking around the system. So I’ll dedicate more time to various ins and outs in the coming days and report back.