This is a commonly overlooked title in the Castlevania archives. The Adventure ReBirth is a WiiWare download available for purchase through the Wii Shop. It is a modern day remake of the original Castlevania Adventure for the Game Boy. However, other than sharing the name and the lead character there’s not much of a resemblance.

This title is sort of a retro-nod to some of the more classic “stage platformers” of the series. It also takes a queue from Rondo of Blood by incorporating a hidden key/locked door mechanic that will grant the player to new areas of the level and sometimes hard-to-find powerups. However, the overall feel and gameplay mechanics are straight out of the original Castlevania. 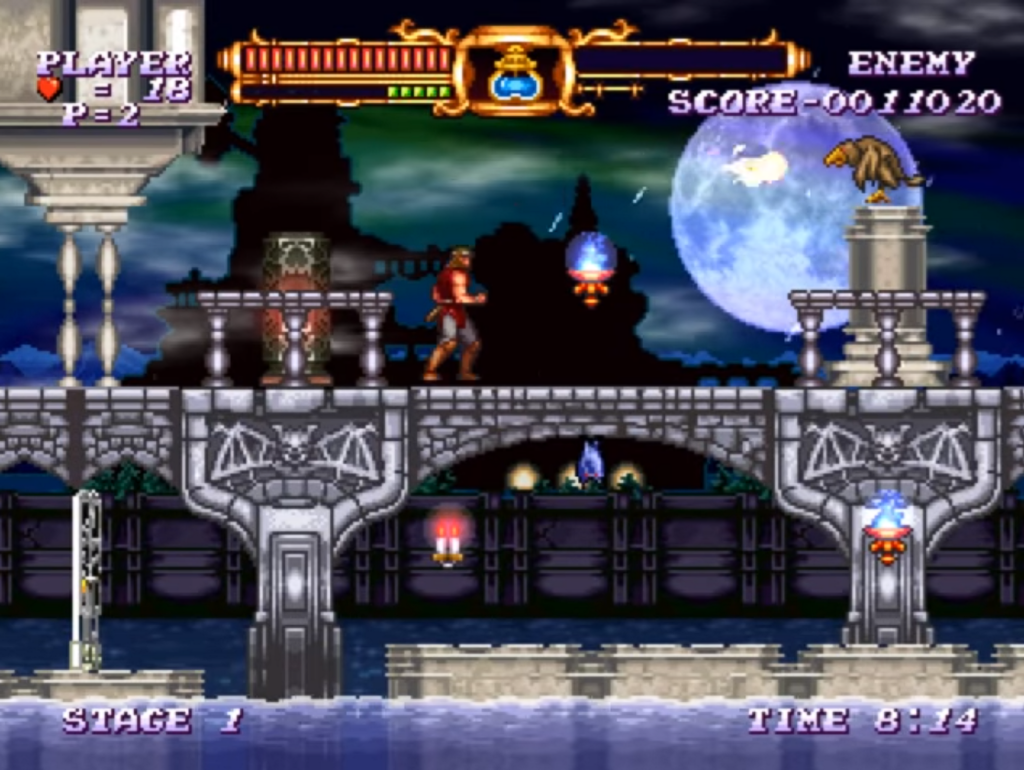 The characters and enemies in this game are straight out of Castlevania Adventure. But as I mentioned above, the similarities largely stop there. Regardless, that doesn’t really matter. I don’t think the idea behind this game is really to “replace” the original Castlevania Adventure, but instead it’s intended to create a retro clone with modern visuals. The link to the old Game Boy title feels more like a means to an end than any sort of serious attempt at a remake.

Compared to most modern games, this title is very short, only six levels.  But again, it’s only meant to be a nod to the roots of the series, and for the cheap price, there really no room to complain.

I find it odd that Konami would choose to pull an obscure game like Castlevania Adventure out of their back pocket and give it the remake treatment. But, any attention to the franchise is welcome in my opinion. Sadly, there’s not much else to say about this title. It’s a very short and sweet offering in the series. 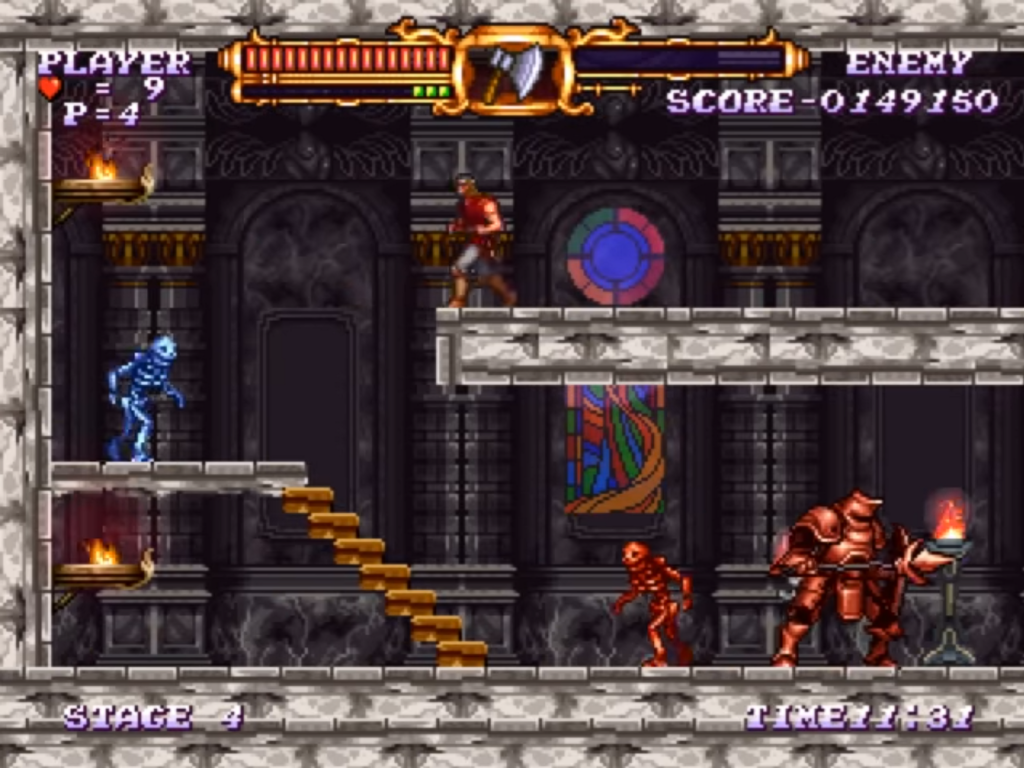 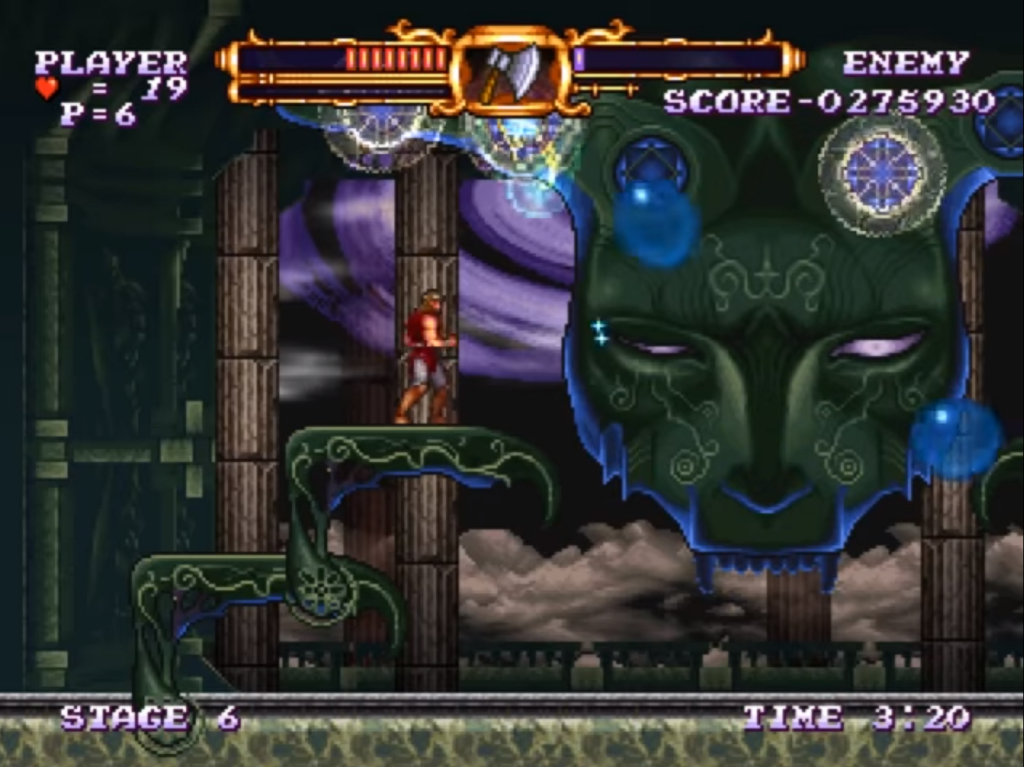 Difficulty: Variable – For the first time that I can recall, this title offers a selectable difficulty level. In addition, you can also choose how many lives you begin with. In my opinion, this is welcome. This allows younger players and new players to the series to get a taste of what the classic games were all about without being overly frustrated. There’s also a hidden level select option in the main menu that allows to pick up where you left off.

Story: Nothing new here, this is just a alternate version of the Castlevania Adventure storyline.

Originality: While this game is play-for-play a flashback to the classic CV titles, there’s something about the presentation of it that feels a little fresh. While we have old school gameplay mechanics, the modern 2D graphics and enhanced sound really do make the game feel like a new product in some ways. It’s definitely a mixed bag.

Soundtrack: No complaints, but nothing really stands out either. An average score here.

Fun: Most of my enjoyment with this title came from the nostalgia and the visuals. It was a nice change of pace after the last several titles in the series. I got to zone my brain out a bit and just whip stuff.

Graphics: This game has an intentional 16-bit feel to it. However, it does seem a bit more polished and colorful than most actual 16-bit Castlevania titles. I think Konami was aiming for a cross between old school and new school with the visual. I feel they succeeded.

Playcontrol: Pick your poison. You can play with a number of control schemes. Remote and Nunchuck, Classic Controller, or just sideways Wii Remote. The first options gets a little tiresome… whip swinging is a lot of work. Personally, I found the best experience was to simply use a single Wii remote turned sideways or the Classic Controller. Everything feels natural and is very responsive.

Overall score (1-100): 70 – Overall, this game is a fun little throwback and a little bit of a fanservice from Konami. There’s nothing groundbreaking here to be sure, but that was really never the point. The “ReBirth” line was a trend with Konami for a bit, allowing them to make modern versions of some classic games and I think the formula worked well with this title.

Available today on: Currently Not Available  – (Updated as of Spring 2022)