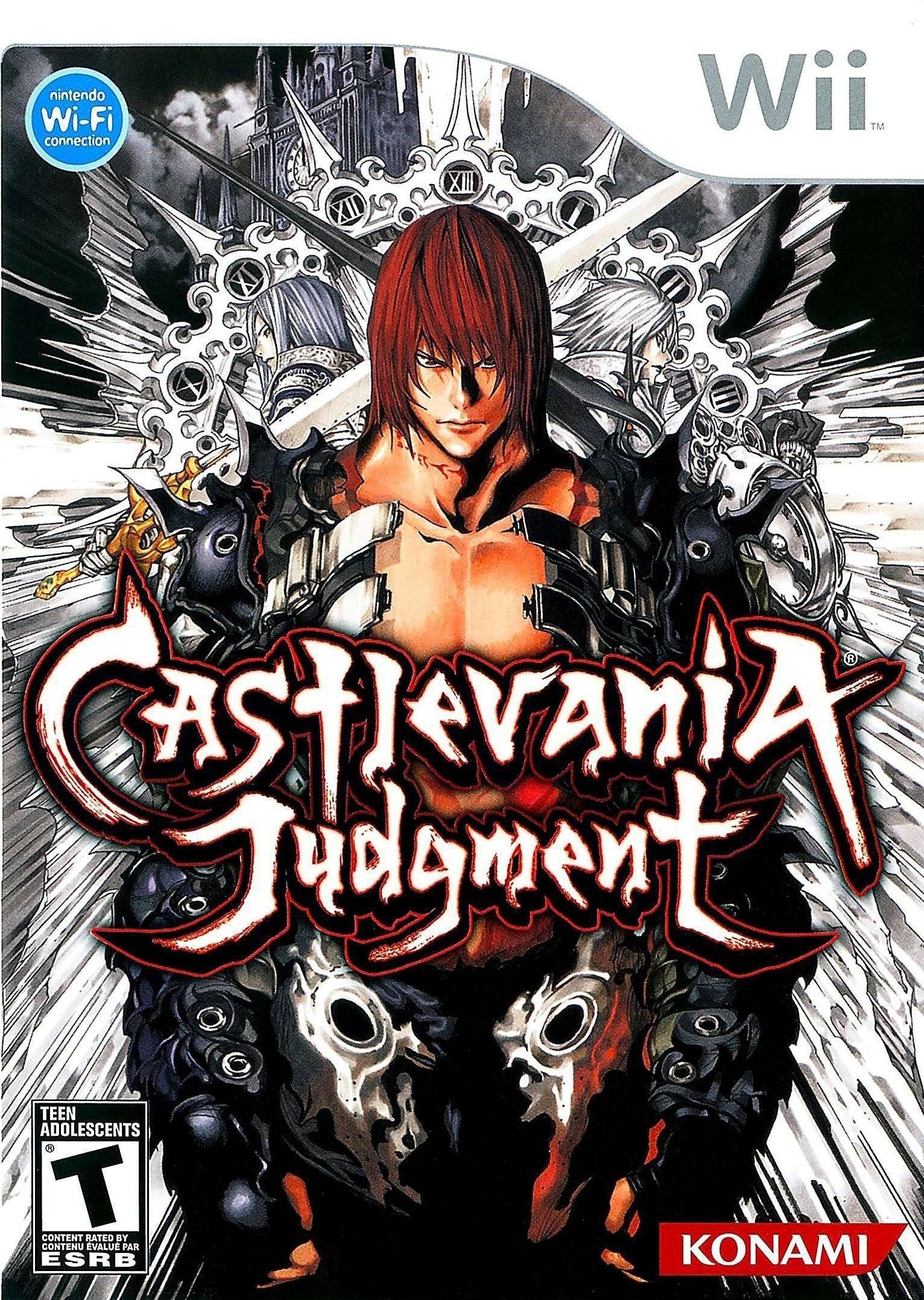 Finally, I am proud to present my review for the last official title in the original Castlevania timeline; Castlevania Judgment. This game is a radical departure from the anything seen in the series thus far. What we have here, is a 3D fighter using traditional Castlevania characters.

The storyline for this title is pretty weak. It seems that an evil being known as the Time Reaper has been sent thru time by a being known as Galamoth to destroy Dracula. The intention is to take over his power and with it, destroy all of existence. To avoid this tragedy, a mysterious time traveler known only as Aeon  (although the dialogue in the game hints greatly that Aeon may be the same person as St. Germain from CoD) has wandered through time to assemble the greatest vampire hunters in history to thwart this evil plan. I suppose if you’re willing to really stretch the imagination, this whole time rift concept could somehow explain the transition between this classic CV timeline and new world presented in Lord of Shadow? Perhaps that’s just wishful thinking by a desperate fanboy… 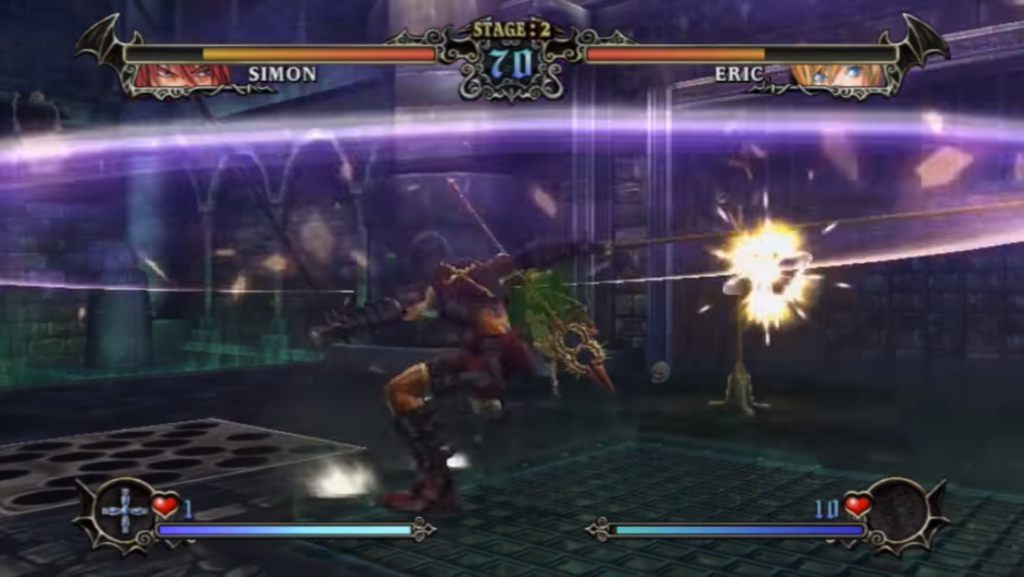 What this really does is provide an excuse to have various characters from the Castlevania timeline defeat each other in battle. And let’s be honest, that’s kind of cool. During the course of the game, you can choose from the following characters:

Each character has a very loose storyline associated with them. When the game starts, only Simon and Alucard are playable. As you complete each character’s storyline, new characters and accessories are unlocked. I should note here, that if you own Order of Ecclesia for the DS, you can link your Wii and DS together for earn some unlockable items and an early unlock of Shanoa as a playable character. This type of inter-connectivity is something that Nintendo really shines at. And it’s a nice addition to this title. 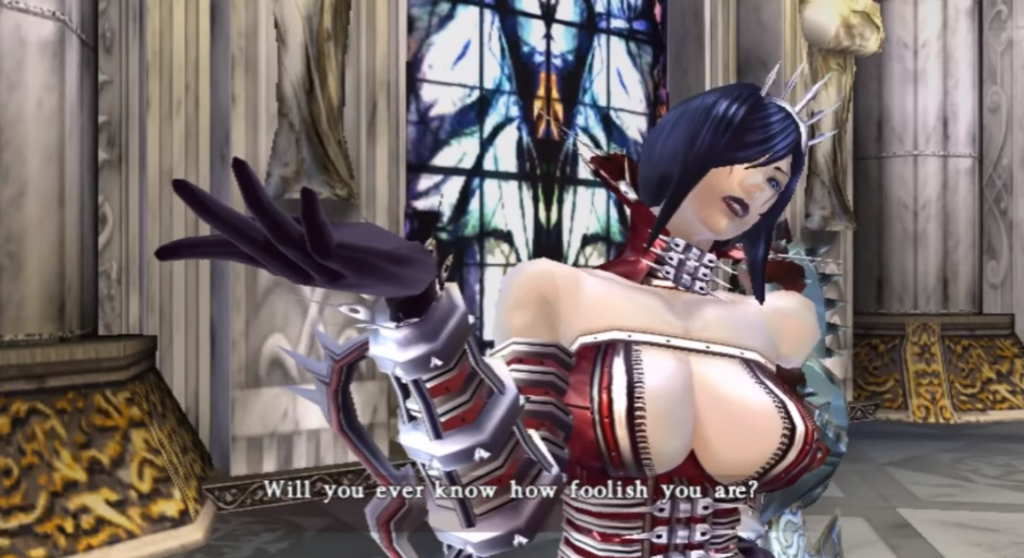 As is often the case with fighting games, each character has their own style and special fighting techniques. The one thing that really makes this game different from any other fighting game I’ve played are the controls. Being a Wii title, this game relies on the Wii Remote/Nunchuck combo. This certainly takes a little getting used to, but it actually works better than you might think. But, if you’re not ready for that, the game is also compatible with the Classic Controller.

Being a fighting game, this big emphasis here is multiplayer. The game features both local and online multiplayer via Nintendo Wi-Fi. But honestly, the whole Wi-Fi/Friend Code thing is such a chore to use that the online play never really took off. When it comes to multiplayer battles, playing with a friend in the same room is probably going to be the way to go.

The following game modes are available:

Story Mode – In this mode you select a character and experience a series of battles through their eyes. There are often short cutscenes between the battles to help prod their story along.
Arcade Mode – Very similar to Story Mode but without any story elements – essentially recreating an arcade experience.
Survival Mode – Back-to-back battles with no rests in between. The goal here is to see how long you can last.
Versus Mode – A rules-based one-on-one battle. Players can determine what rules are enabled to create a custom fighting experience.
Castle Mode – This mode features a room-by-room trek through Castlevania. Some rooms contain random battles, others feature timed-events (like breaking various items) – at the end lies Dracula.

Personally, I enjoyed this game way more than I thought I would. It’s a nice change of pace and actually fairly well done. But honestly speaking, it is largely forgettable. I say this because it is a fighting game based on an action series. On top of that, it was some really wacky controls. As long as you don’t take this game too seriously, it’s well worth the price. But it never really took off and has a very limited player base. 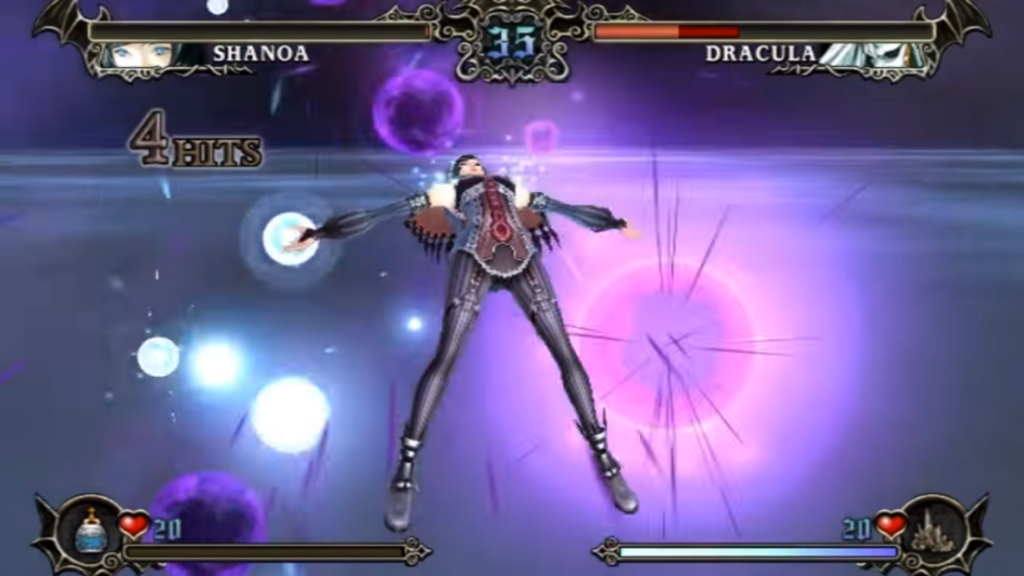 Difficulty: Adaptable – Single player mode offers various difficulty settings. Overall, these are fitting of their description. However, it should go without mention that when playing against others, the difficulty will vary depending on their skill.

Originality: While there’s certainly nothing original about a brawl-style multiplayer fighting game at this point, it’s certainly a first for the series. Sadly, I don’t think the mass public was too impressed with the attempt.

Soundtrack: Probably the best thing about this game. The soundtrack features classic CV music completely remixed and in CD quality. This is probably one of my most played CV soundtrack albums.

Fun: Despite my many eye rolls and complaints, I found the game to very fun. Completing storylines, unlocks new content. This continues all the way to the end of the game. The unlockable accessories are cute, but only really serve a purpose when playing against others (to customize the look of your character).

Graphics: Surprisingly, pretty good. Lots of interesting visuals and effect. I have to give the game praise in this department.

Playcontrol: This varies A LOT depending on the control scheme you go with. You can play with the classic remote and nunchuck if you’re feeling adventurous. Personally, I find the best experience to lie with a classic controller pro so it feels more like other fighting games. In fact, I feel like the title was really designed with this controller in mind – making the Wii Remote more of an afterthought.

Value: This game will usually run you less than $30 at more retailers. If you’re a fan of fighting games or a HUGE Castlevania fan, it’s worth the price.

Overall score (1-100): 65 – While there’s certainly a lot about this game to be grumpy about. It is a pretty fun multiplayer title. My son and I had a blast playing together. If you don’t take it too seriously, this is quite an enjoyable game. The Castlevania characters and settings set it apart from other games of its type.

Available today on: Currently not available – (Updated as of Spring 2022)