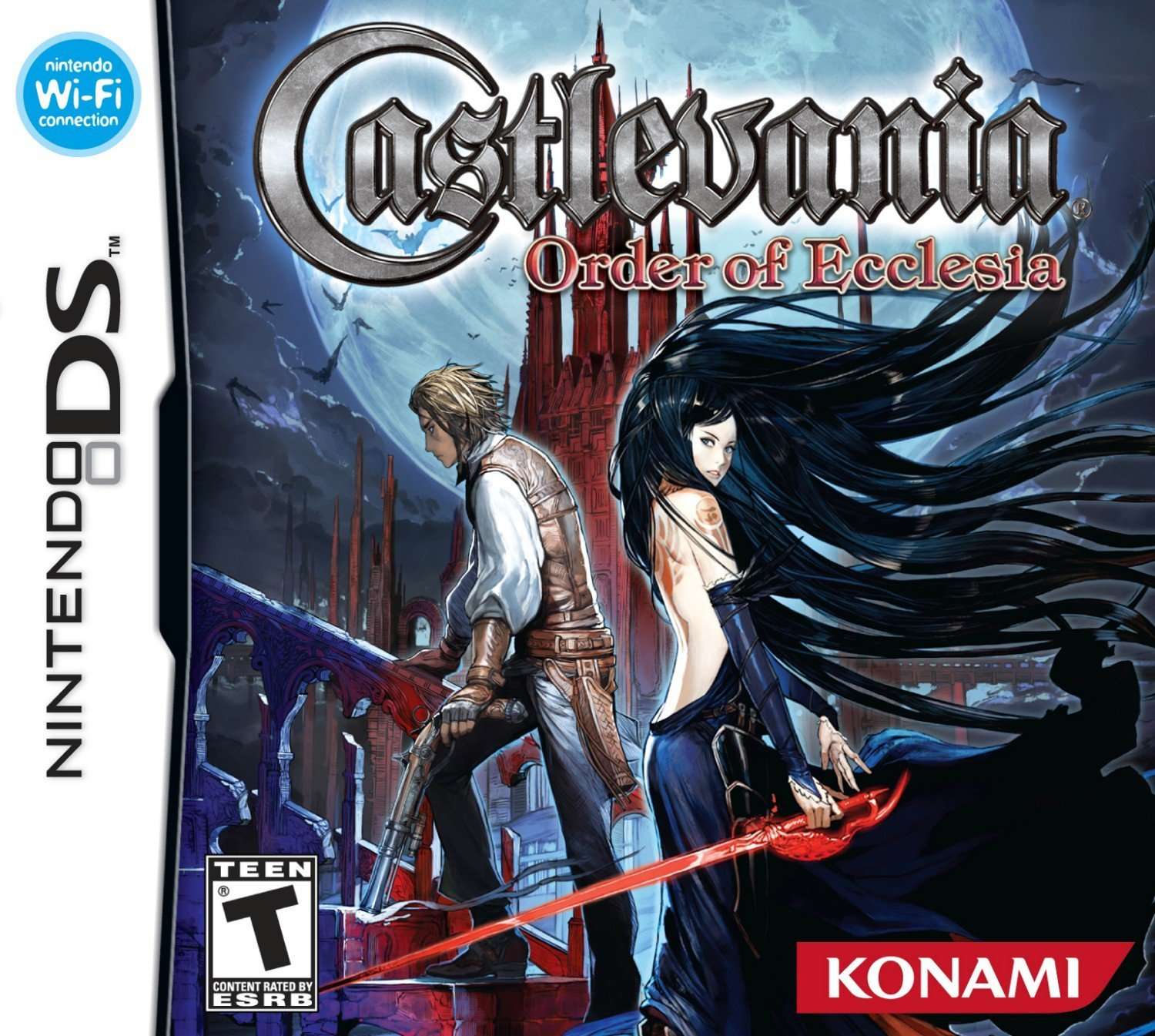 Finally, we come to the last installment of the Nintendo DS saga. This game is famous for featuring the first female hero since the obscure Castlevania Legends. (A game removed from timeline by the series producer).

This title takes places somewhere after Symphony of the Night and before Circle of the Moon. It is another game which occurs during the absence of the Belmont family, and like CotM, it focuses around an organization of vampire hunters known as the Order of Ecclesia. The group’s leader, a man by the name of Barlowe, has mastered the art of forging magical gylphs that can be used to combat evil. He believes he has finally created a set of glyphs (he calls them “Dominus”) capable of defeating Dracula once and for all.

To wield the glyphs, Barlowe chooses one of the order’s finest students, a powerful young woman by the name of Shanoa. However, in what first appears to be a fit of jealousy, another student named Albus crashes the ritual and makes off with the glyphs. After the dust settles, Shanoa finds herself unable to recall her past and is advised by Barlowe that Albus used a powerful spell to steal her memories. She obeys Barlowe’s order to track down Albus and retake Dominus.

During her search, a number of shocking truths are revealed and Shanoa finds herself as the unwilling pawn in a game of deceit and trickery. In the end, she takes it upon herself to do what must be done and attempt to put an end to Dracula’s reign of terror. 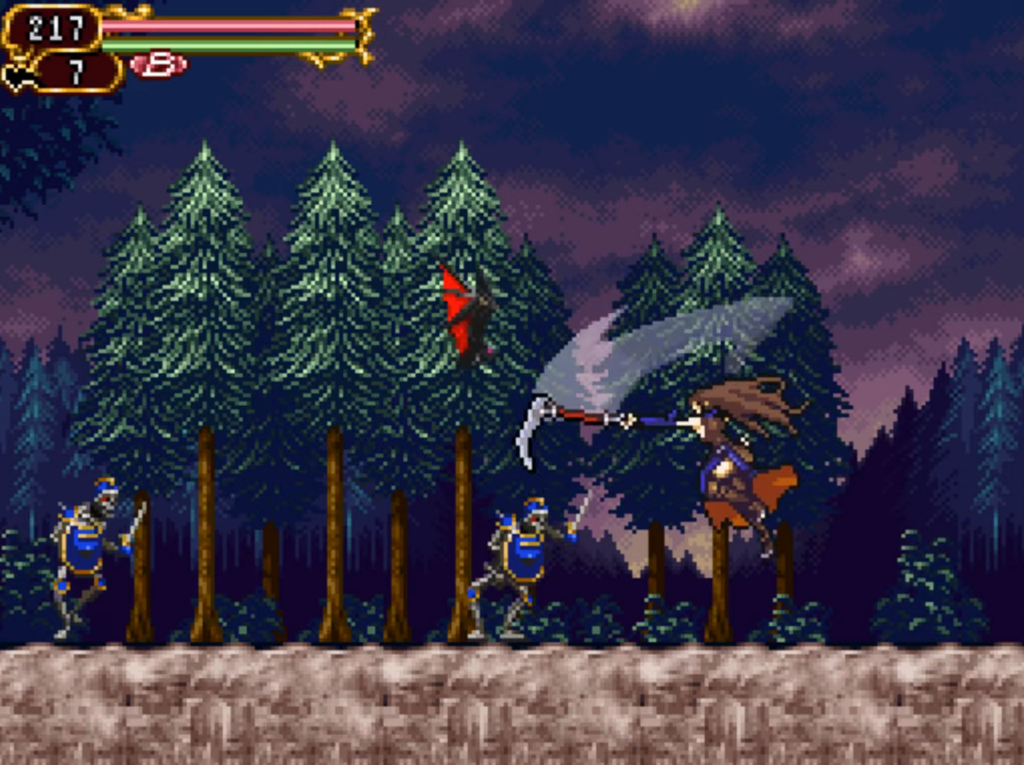 The “glyph system” is what really makes this game different from the rest of the series. As monsters are defeated, they will occasionally leave glyphs behind. Shanoa can absorb these glyphs and then use them in various combinations to create new and powerful weapons. This can lead to a lot of fun.  Equipping the different items generated by the glyphs and seeing what you can create is a blast..

The gameworld is pretty straightforward at first. As you explore new areas, they become unlocked on the map and can be revisited later. As new glyphs are collected, and new abilities are unlocked, you will often find yourself going back to old area to explore parts of the stage that were previously inaccessible. It’s a spin on what is seen in previous games in the series. 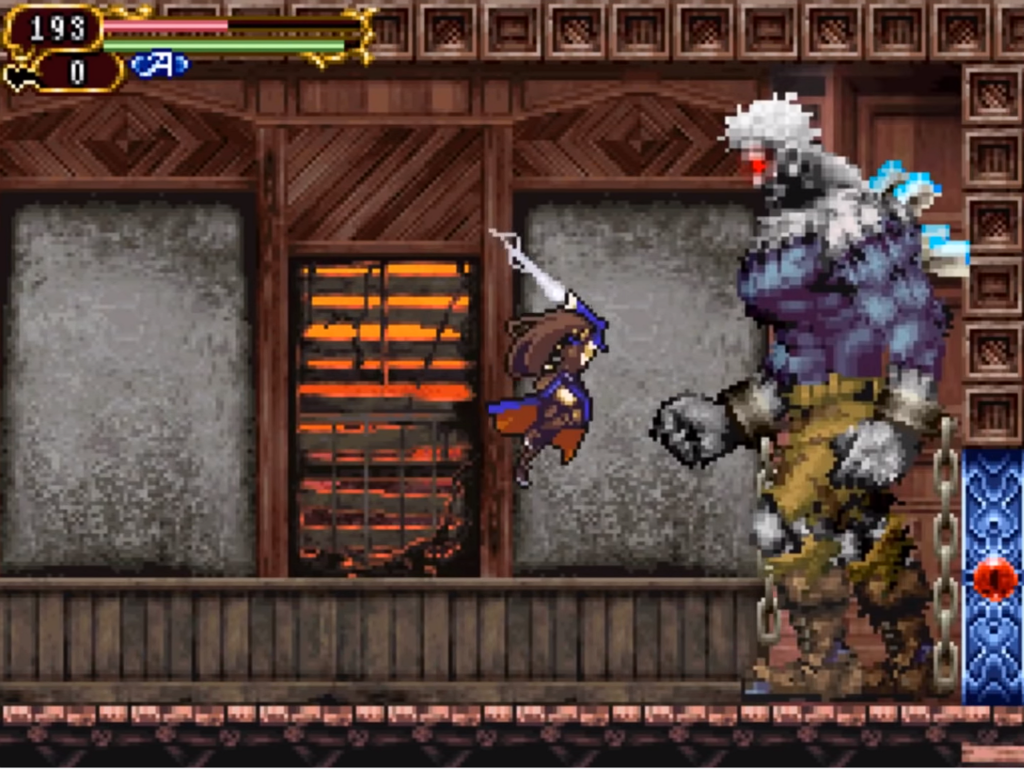 As Shanoa explores the gameworld she will encounter a number of captive NPCs. When freed, these characters will often retreat to town where they set up shops and offer services. This town sort of serves as a main hub for all of the areas available to explore in the game. It pays off to take time to fully explore and free all of the villagers, as this can have an effect on the ending of the game.

Like other games in the series a number of optional modes of play become available once the main game is completed. These include a Hard Mode, Boss Rush Mode (which is also available in co-op multiplayer), and Albus Mode (which allows you to play the game as Shanoa’s brother). This game also allows for player-to-player trading via WiFi. Order of Ecclesia can also connect to the Wii to unlock some optional content for players that also own Castlevania Judgment.

For me, this game was a nice change of pace for the the handheld Castlevania games. It was familiar, yet also somewhat different. Even so, it wasn’t different enough to prevent me from feeling like I’d “been there/done that” many times before. At this point in the franchise, the formula had grown tiresome for me. 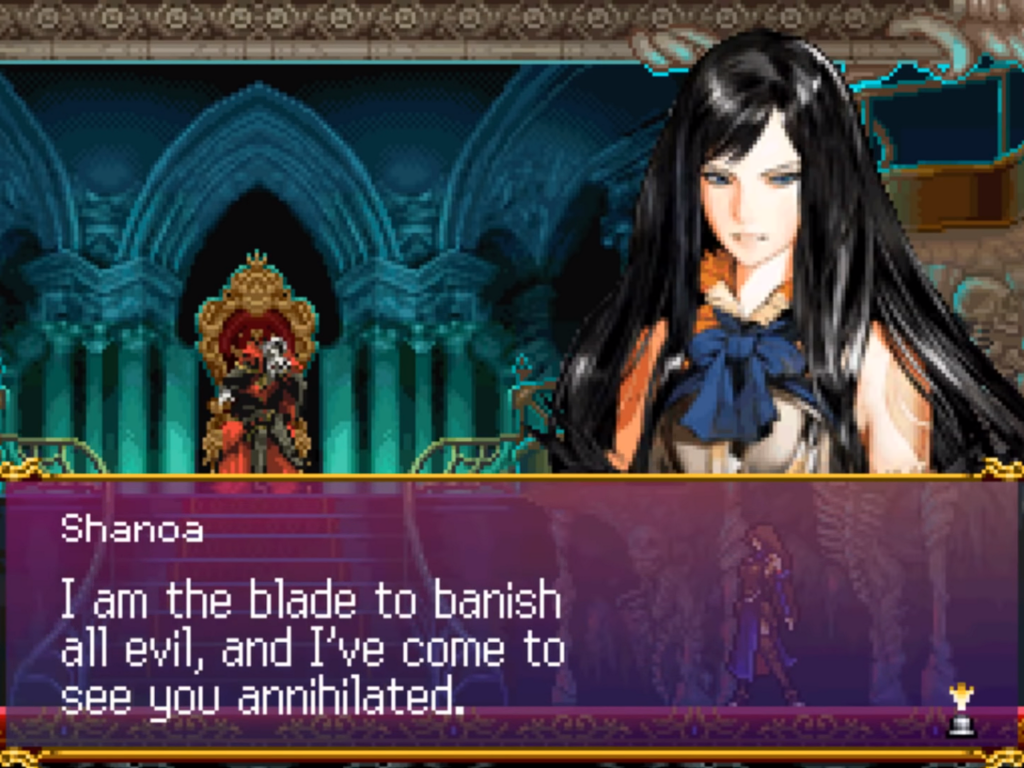 Difficulty: Very Difficult – Konami seems to have cranked up the difficulty on this title a bit. It’s certainly the hardest of the castleroids since Circle of the Moon, and the hardest yet since the DS games started. The overall challenge of the game has been taken up a notch. Not to mention the boss fights. Several of the bosses required many attempts and the memorization of certain attack patterns for me to finish them off.

Story: Again, we have another story that kind of helps explain the absence of the Belmont clan. The idea of there being various Vampire Hunting factions helps explain the strange cast of CotM a bit better. The storyline here is very well done and probably one of the best in the series since SotN.

Originality: Konami seemed driven not to let the franchise get stale. They certainly changed things up a lot by having a female lead and completely revamping to concept battle. The glyph system allows for two separate attack buttons, and the number of glyph union combinations is pretty impressive. This is was certainly a surprise when I started playing. But still, you can only do some many “castleroid” games before they all start feeling the same.

Soundtrack: Qualitywise, very impressive. The use of the stereo speakers is well done. However, I was not overly impressed with the composition. It definitely has that Castlevania feel, in fact while playing, my wife overheard the music and said “That sounds like a Castlevania game”. (So Konami scores some points there.) But, in my opinion the soundtrack was just lacking something.

Fun: Frustration aside, I enjoyed this title quite a bit. The game is quite long, but it sneaks up on you. The storyline does a good job to keeping things moving and pushing you to see what’s around the next corner.

Graphics: Every time I think they can’t get better, I’m proven wrong. OoE has the best 2D Castlevania graphics I’ve seen yet. Personally, I’d have to rank them even higher than Symphony. I was very impressed.

Playcontrol: At first, I found that having two attack buttons to be a bit unusual. After a while I got used to it. But something just felt off with the button placement. Luckily, if you’re like me you can completely remap the controls. Other than this little hiccup, the response time was perfect. Oddly enough, I don’t think I ever used the touch screen. So that seems like some wasted potential.

Overall score (1-100): 90 – A great game, and definitely one worth experiencing if you want to see how things in the original series wrapped up. The graphics and storyline make this one well worth your time.