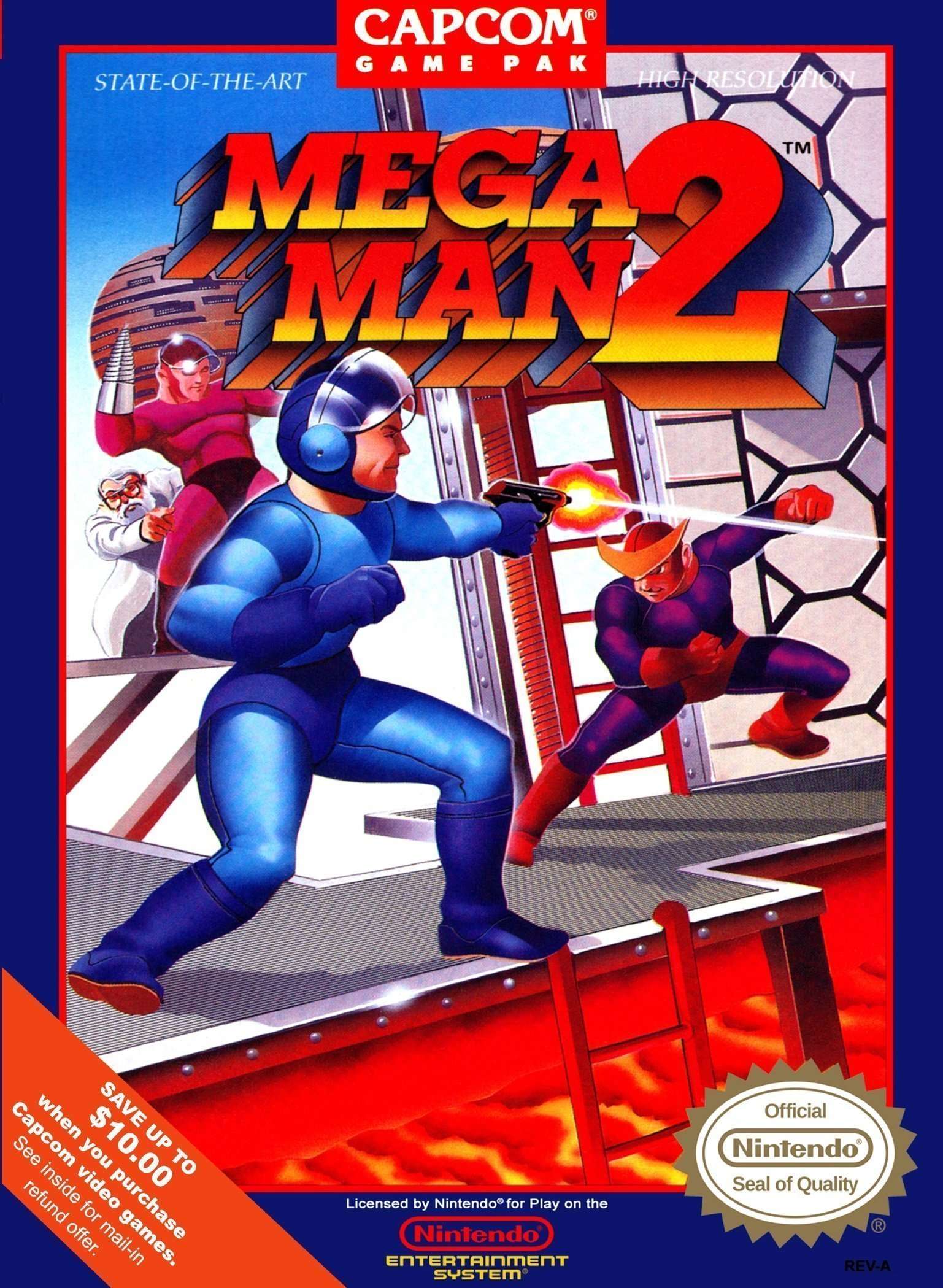 While I had the disc in, I figured now is as good a time as any to play through the remaining 8-bit Mega Man titles. So, the next stop on the list is the aptly named: Mega Man 2. This is the game that introduced most people to the franchise.

The storyline and formula are still the same, so there’s not much to write about there. Dr. Wily has returned with some new robot bosses for Mega Man to tackle. As before, upon defeating them, Megan Man obtains their power. In addition to the robot abilities, there’s a couple of extra power ups scattered throughout the game that Mega Man can learn as well. The same strategy applies in this game as in the original. Some bosses are weaker to particular weapons. So it’s good to experiment with various abilities. 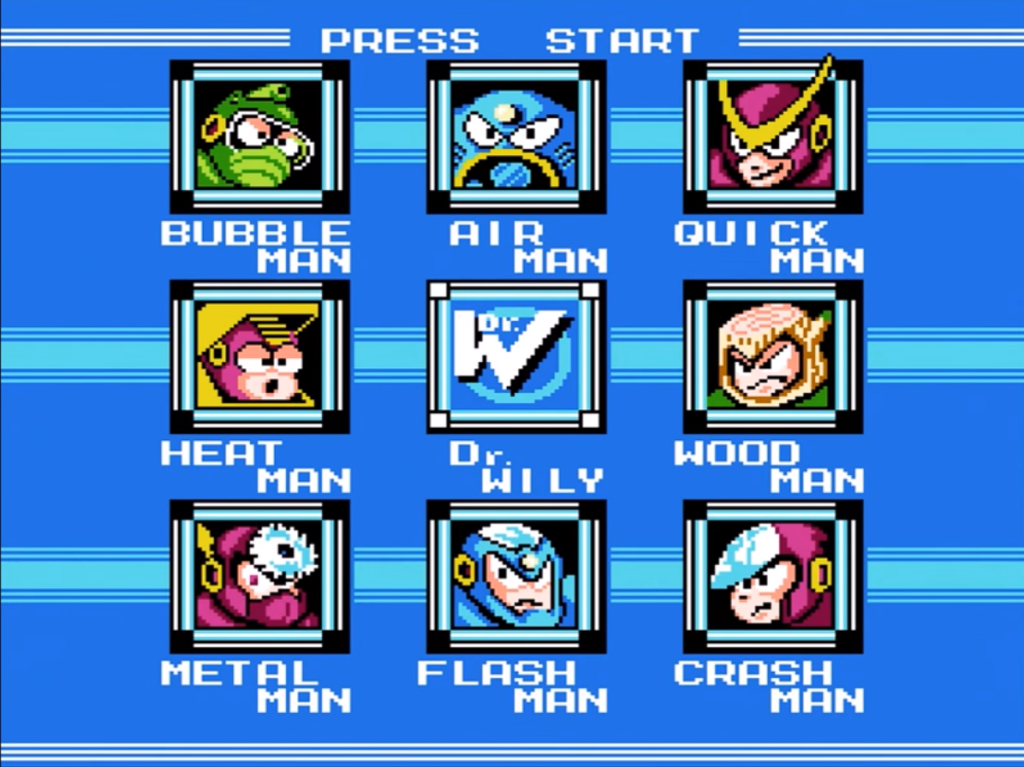 Overall, in my opinion, this game is a big improvement over the original. The difficulty has been adjusted to make it much more enjoyable overall. In fact, this time around there are two different options “Normal” and “Difficult”. Truthfully, neither one is that hard compared to the first Mega Man game. (Although, some of the final stages in Dr. Wily’s fortress can still be pretty rough.) Also, this time around we have a password system that allows players to save their progress.

The level design and art is also very much improved compared to the first Mega Man. And if you can believe it, the music in this game is even better than first game as well. In fact, it is nothing short of phenomenal. 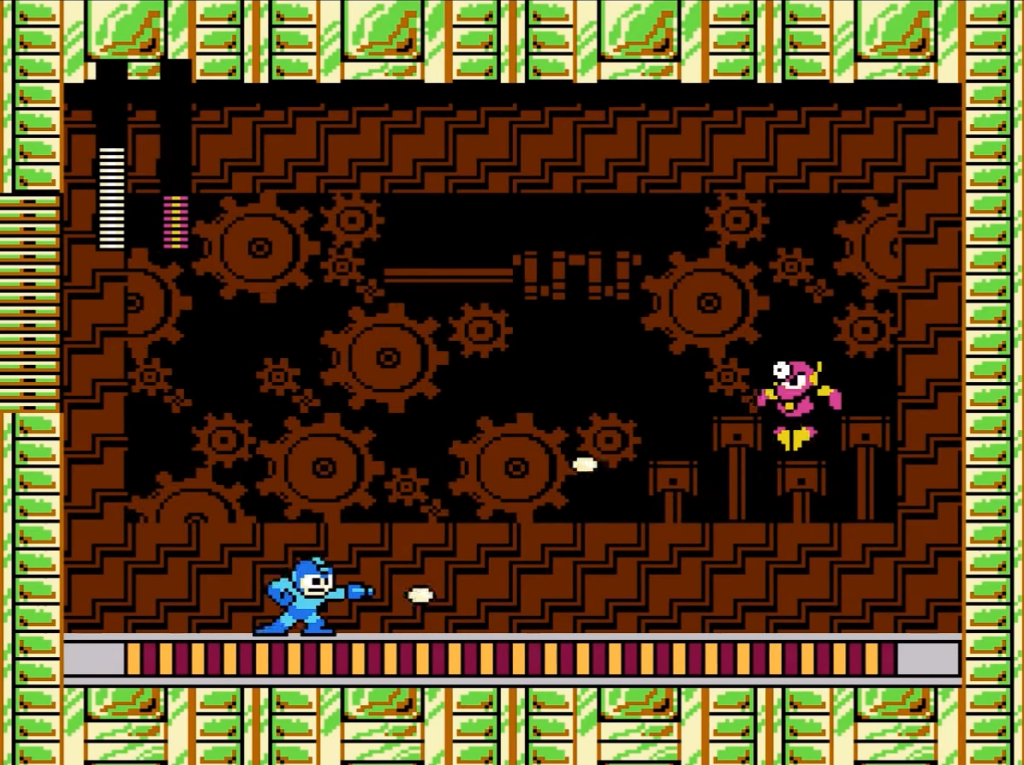 It pretty obvious that Capcom learned a number of lessons from the first game and took that knowledge to heart when making the sequel.

Mega Man 2 is one of the stand-outs of the original series and a classic NES title. My buddy and I used to play it quite often, taking turns and sharing the controller during sleepovers. I have many good memories with this game. If you’re curious about the series, this is a fine place to start. 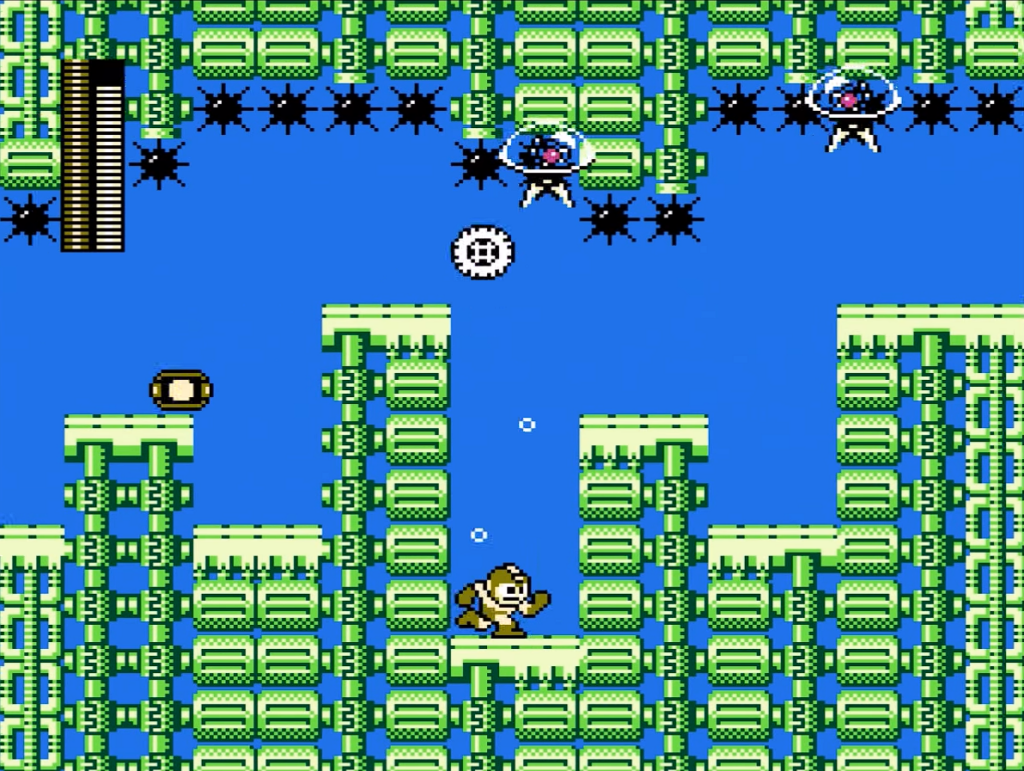 Difficulty: Difficult  – As I mentioned earlier, this game is nowhere near as tough as the first. Which is welcome. But still, this game is hard enough that some people are likely to find it overly frustrating.

Story: Pretty much a recycle of the first game, which eventually becomes a trend and almost a joke in the franchise. So nothing new here.

Originality: Mega Man 2 is very much a rehash of concepts introduced in the first game, but with much more polish.

Soundtrack: A big improvement over the first, and probably one of the more loved NES soundtracks from my youth. It’s total 8-bit rock n roll. One of the game’s best points.

Fun: MM2 is much more enjoyable to me than the original. The characters are more interesting and the level design is better. Simply a great game.

Graphics: A slight improvement over the first. I find MM2 to be a bit more colorful and with slightly more attention to detail.

Playcontrol: Same as the first game. No glaring problems, but still a touchy platformer. Plays best on the original NES controller, IMO. But no real issues with modern hardware.

Overall score (1-100): 95 – Classic retro gaming. This is a must have for anyone that is in to retro gaming. One of the top NES titles, in my opinion.