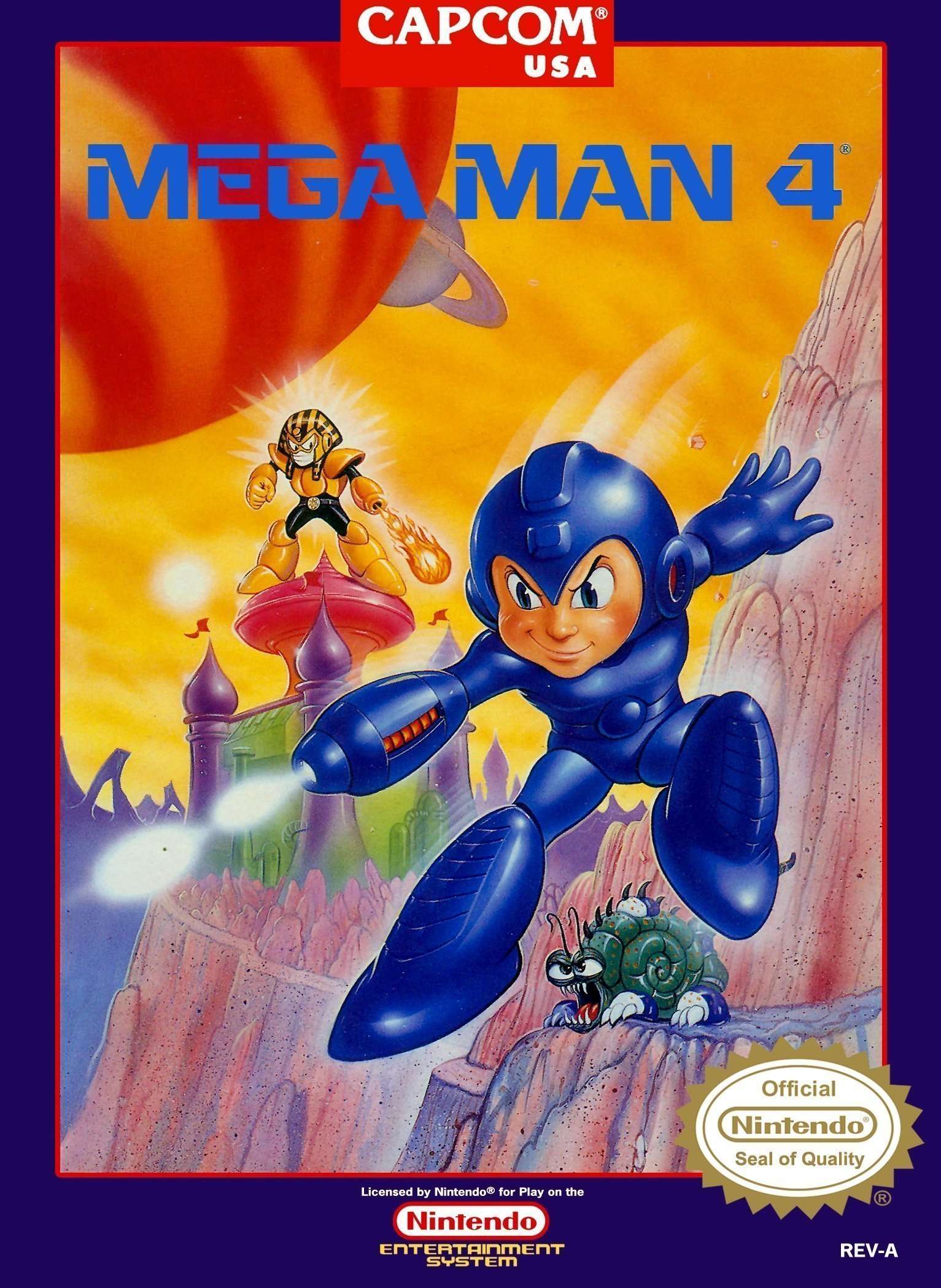 Mega Man 4 (or IV – depending on if you believe the box or the in-game start screen) marks a turning point for the series. By many, this game is considered to be the last GOOD Mega Man game. The graphics in the game seem slightly improved, but many critics cite the robots as being largely uninspired and boring.

The storyline is one big fake-out. It seems like things are going to be slightly different this time around. The antagonist is a new mad scientist named Dr. Cossack. He declares himself to be the best robot-inventor and threatens to unleash his army of killer robots on the world unless Dr. Light sends Mega Man out to challenge his creations. Of course, in the end it turns out that Dr. Wily was behind the whole charade. 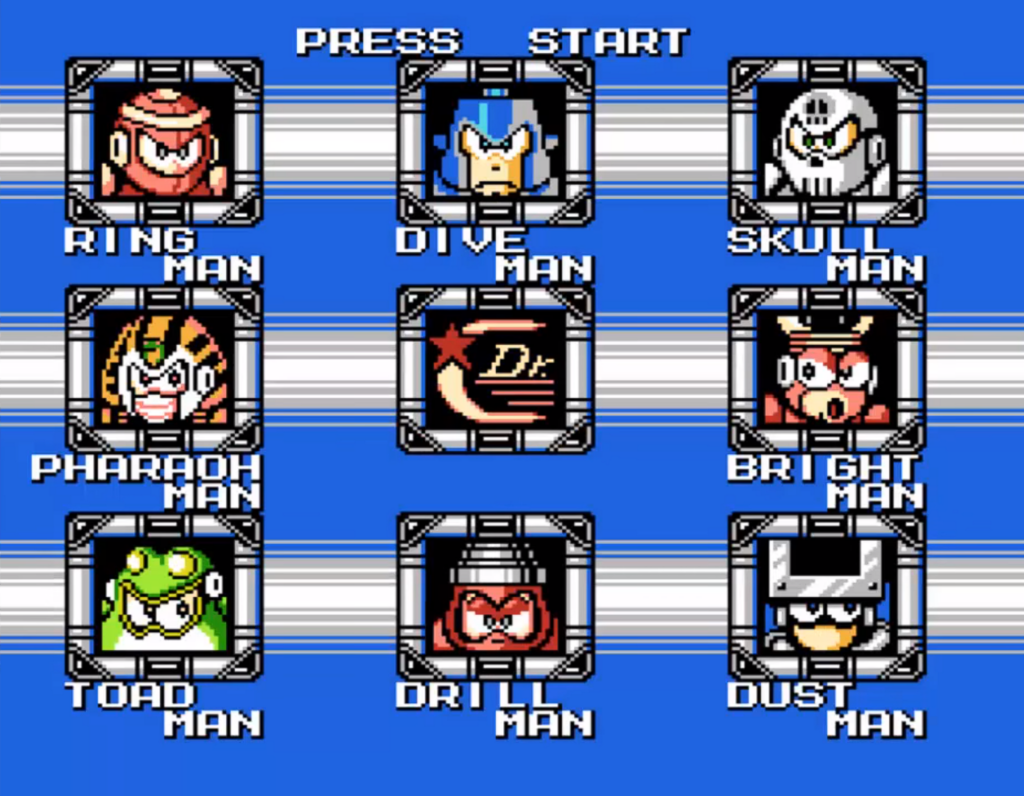 This game is largely a mirror image of everything that has been before in the series. The biggest addition to this game is Mega Man’s ability the charge his arm cannon before firing, allowing his blast to have a greater effect. This addition is controversial because in the eyes of many players, it seems slightly overpowered. Personally, I have no opinion on the matter. Yes, the charge-shot is powerful. But also, it takes time to build up the charge, leaving Mega Man open for attack. It seems like a fair trade-off to me.

This was the last original Mega Man game that I remember owning as a kid. By this time, we were starting to get a little tired of the repetition. Apparently, we were not alone. For many gamers, this marks the last of the original Mega Man titles that is actually worthy of attention. It came out at a time where the industry was focused on the upcoming Super Nintendo system. For this reason, combined with the fact that the series was really starting to get stale and repetitive, the mass gaming population was starting to lose interest in Mega Man. 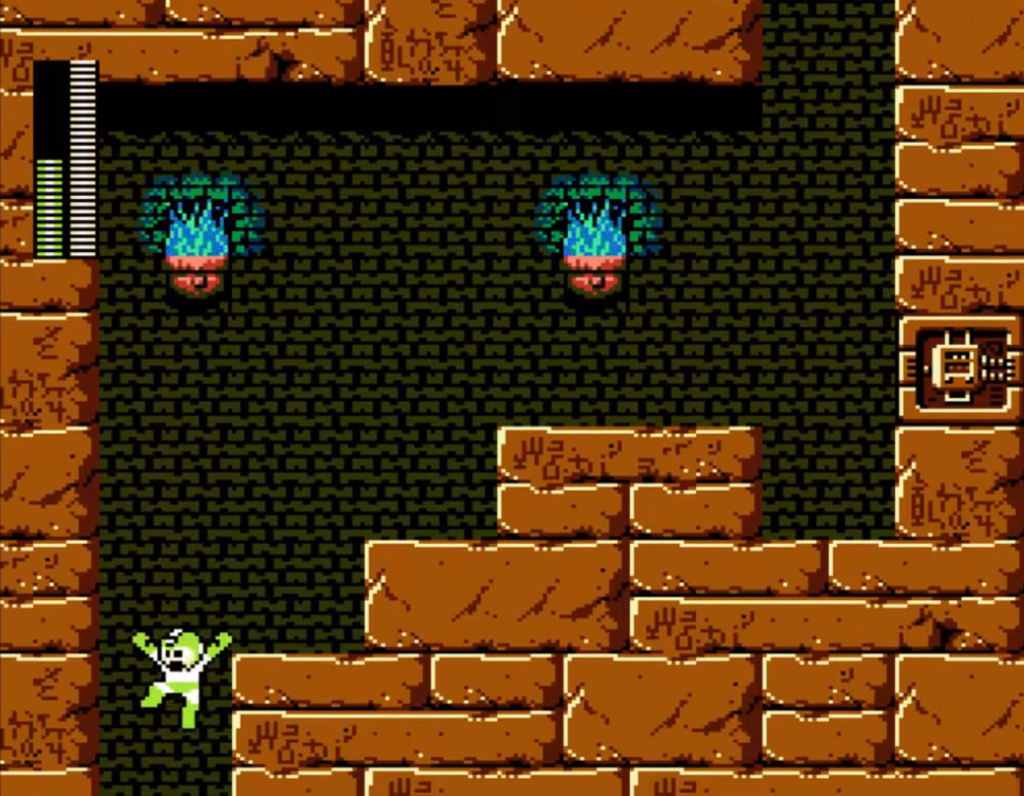 Still, even though the spotlight was starting to dim on Mega Man, this game is still a worthy addition to the series. The robots are interesting and the game does introduce a few new concepts to the series. Fans of the series will find lots of enjoyment from this title. But for more casual players, I’d have to recommend either Mega Man 2 or Mega Man 3. 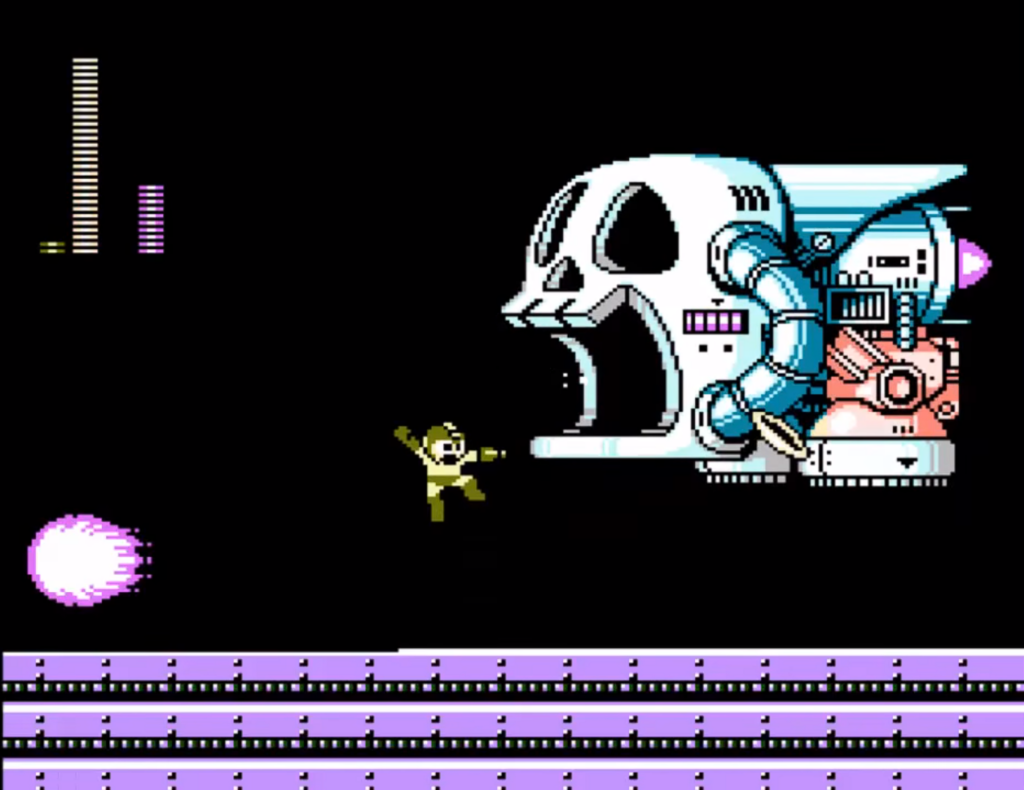 Difficulty: Difficult  – More of the same here. Perhaps a bit harder that Mega Man 3. But still easier than the original title in my opinion.

Story: It seems that Capcom tried to freshen things up a bit with the Cossack subplot. But in reality, the basic premise is just more of the same.

Originality: There is none. The formula for success is really starting to wear thin with this title.

Soundtrack: Another disappointment. While not particularly bad, the music in the this game does not stand out like the first three games and even seems a bit uninspired.

Fun: On it’s own, not a bad game at all. The design has been perfected by this point and the game certainly has its moments. A marathon gamer would be getting very tired by now, but for the casual player, this can be an enjoyable title on its own.

Graphics: Interestingly enough, this title seems to be an improvement. MM4 really displays what the old NES was capable of in the hands of the right artistic developers. This is probably the game’s best attribute.

Playcontrol: Same as the first game. No glaring problems, but still a touchy platformer. Plays best on the original NES controller, IMO. But no real issues with modern hardware.

Overall score (1-100): 75 – In comparison with the previous entries, MM4 falls short. But on its own, it’s actually pretty good game. For this reason, I have to give the game a decent score. There’s still a lot of magic moments to be found in this title.