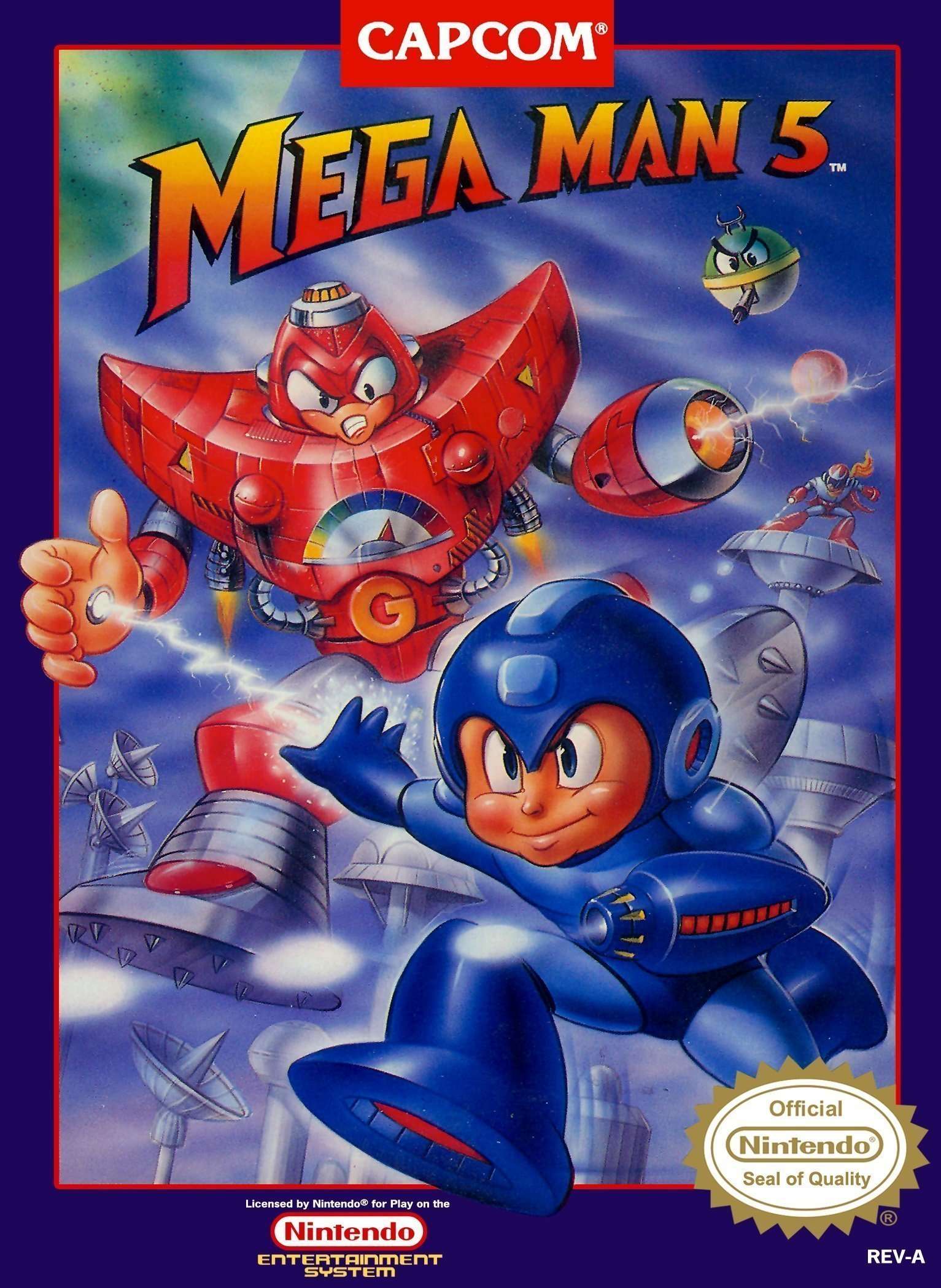 So here we are, Mega Man 5. At this point, the series has jumped the shark. Five games, the exact same format – it’s getting old.

As usual there are some little additions that keep things from becoming a complete snoozefest. Along with the regular challenges, each level now has a special token to collect. The token has a letter or a number written on it. If you collect them all (spelling out MEGAMAN5) this will unlock a special companion for Mega Man. His bird friend: Beat! Beat is cute, but that’s about it. When he is active he does attack enemies, but in realty, his addition is just not that useful. 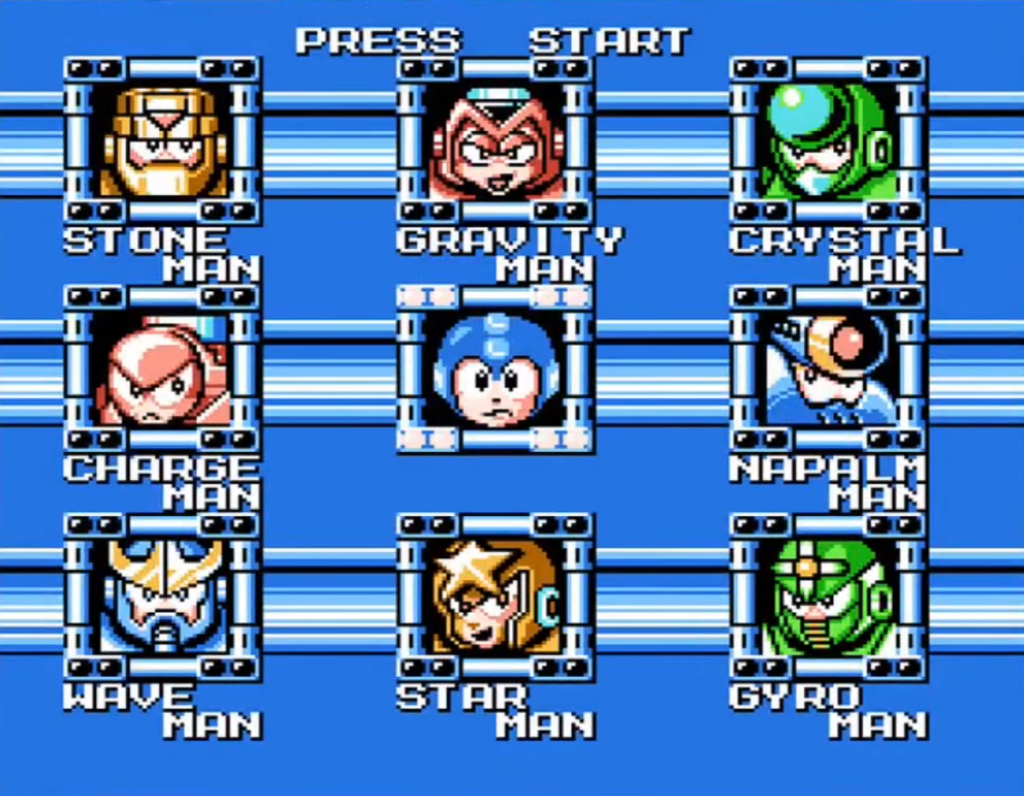 The storyline of this game starts out a little different. Instead of Dr. Wiley, it appears that Protoman has gathered an army of robots and sent them on a rampage!! Of course, as you might expect, there’s more to this story than meets the eye. I’m not going to spoil it by coming right out and saying it… But if you’ve played the other games in the series thus far, I’m pretty sure you’ll be able to figure out what really going on.

This game is a littler tougher than some of the more recent entries. In this one, it was not so much the levels that pose a challenge, but I found the robot fights to be a bit tricky. Although, it is important to note, I did not defeat them with any sort of strategy. I was at the whim of my son which robots to combat, in what order. I’m sure with the right strategy things are likely easier. 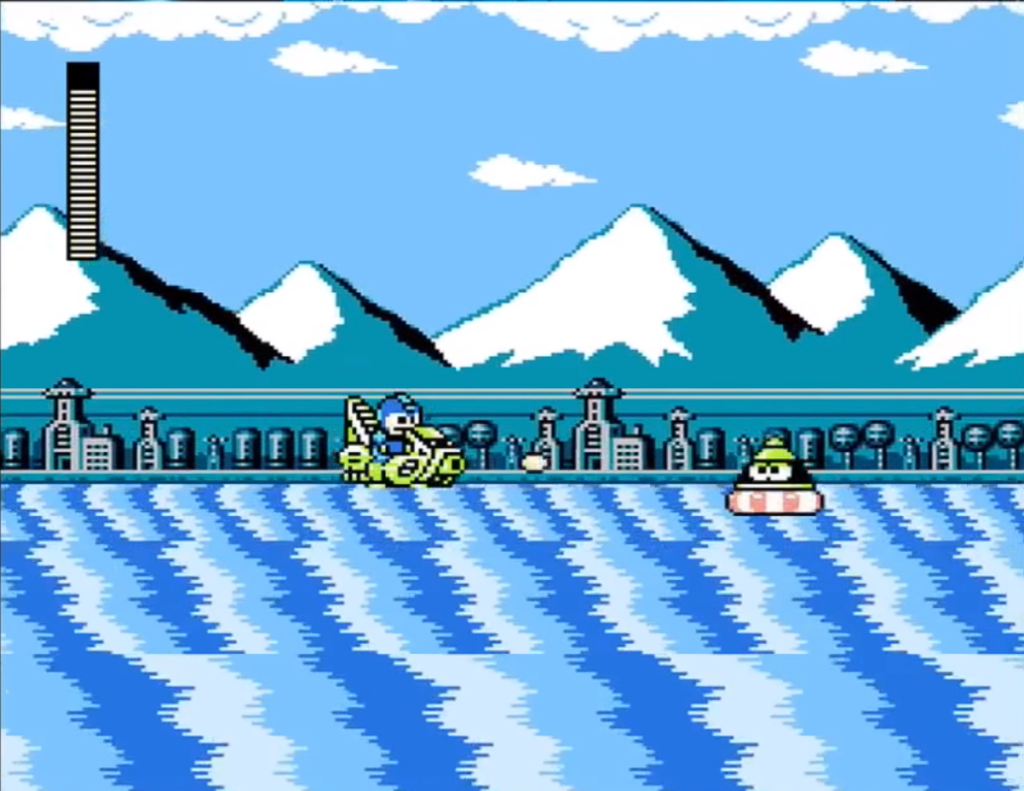 Even though this game is really just more of the same, there’s just enough new stuff added in to keep it interesting. As a Mega Man fan, I did find the game enjoyable. But it really is time for something a bit different. However, it seems that Capcom did not agree. There is one more Mega Man game released for the NES after this one. If you’re curious about what’s next, stay tuned.

I’ll be back in a few days with another Mega Man review. 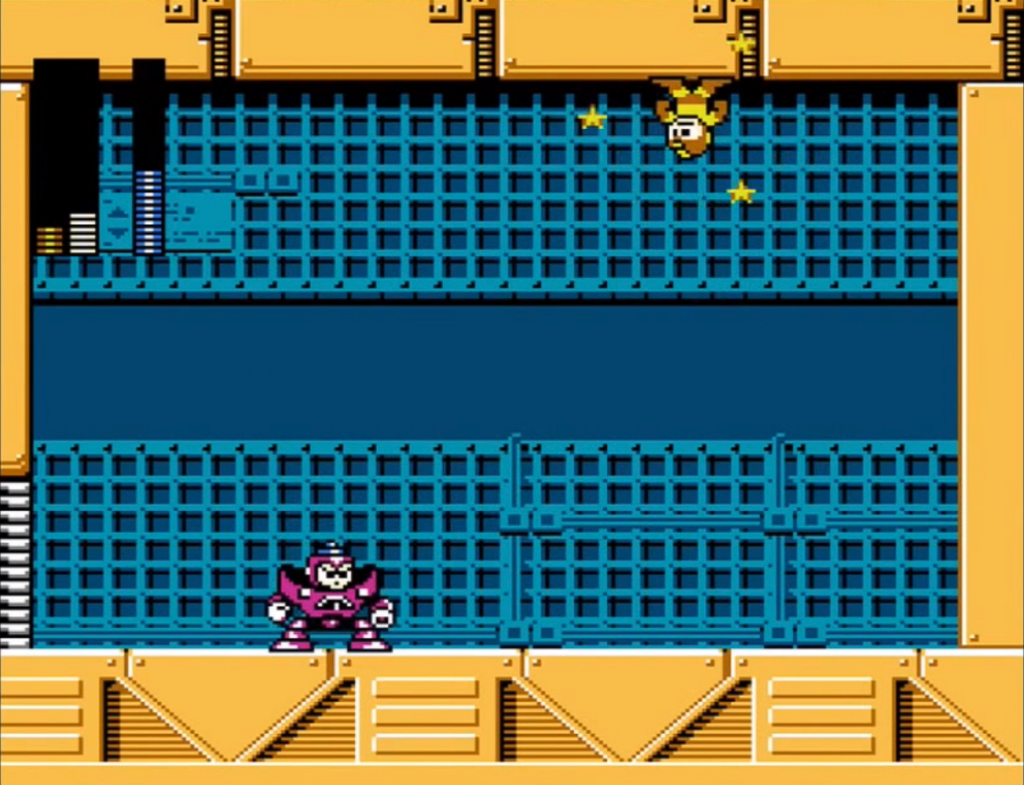 Difficulty: Very Difficult  – As I mentioned earlier, this game seemed to be a bit tougher to me than Mega Man 4. This is especially true if you try to collect all the tokens. Also, the boss fights in this chapter are pretty brutal and cheap at times.

Story: Yawn. More of the same. By this point, it’s pretty much a running joke in the series I think. For many, it’s actually part of the charm. These games are about challenge and cute robots, not about plot.

Originality: There is nothing new in this game. Throwing in new companion pet doesn’t really break any ground.

Fun: Personally, I did not find this game particularly enjoyable. I mean, on its own it can certainly be entertaining. But as someone who has played all five games, I’m starting to get bored with the series. I’m aware that it could simply be the fact that I’m burning through them at such rapid pace, but somehow I doubt it.

Graphics: About the same as MM4. Good 8-bit art. The backgrounds are well done. Good use of colors.

Playcontrol: Same as all the other games in the series. No glaring problems, but still a touchy platformer. Plays best on the original NES controller, IMO. But no real issues with modern hardware.

Overall score (1-100): 45 – Unless you’re a hardcore fan of the blue bomber, I can’t recommend this title. I didn’t play this game back when it came out. I first experienced it when I purchased the Anniversary Collection. The collection as a whole is certainly worth the money, but I don’t know how much I’d be willing to shell out for this game alone.