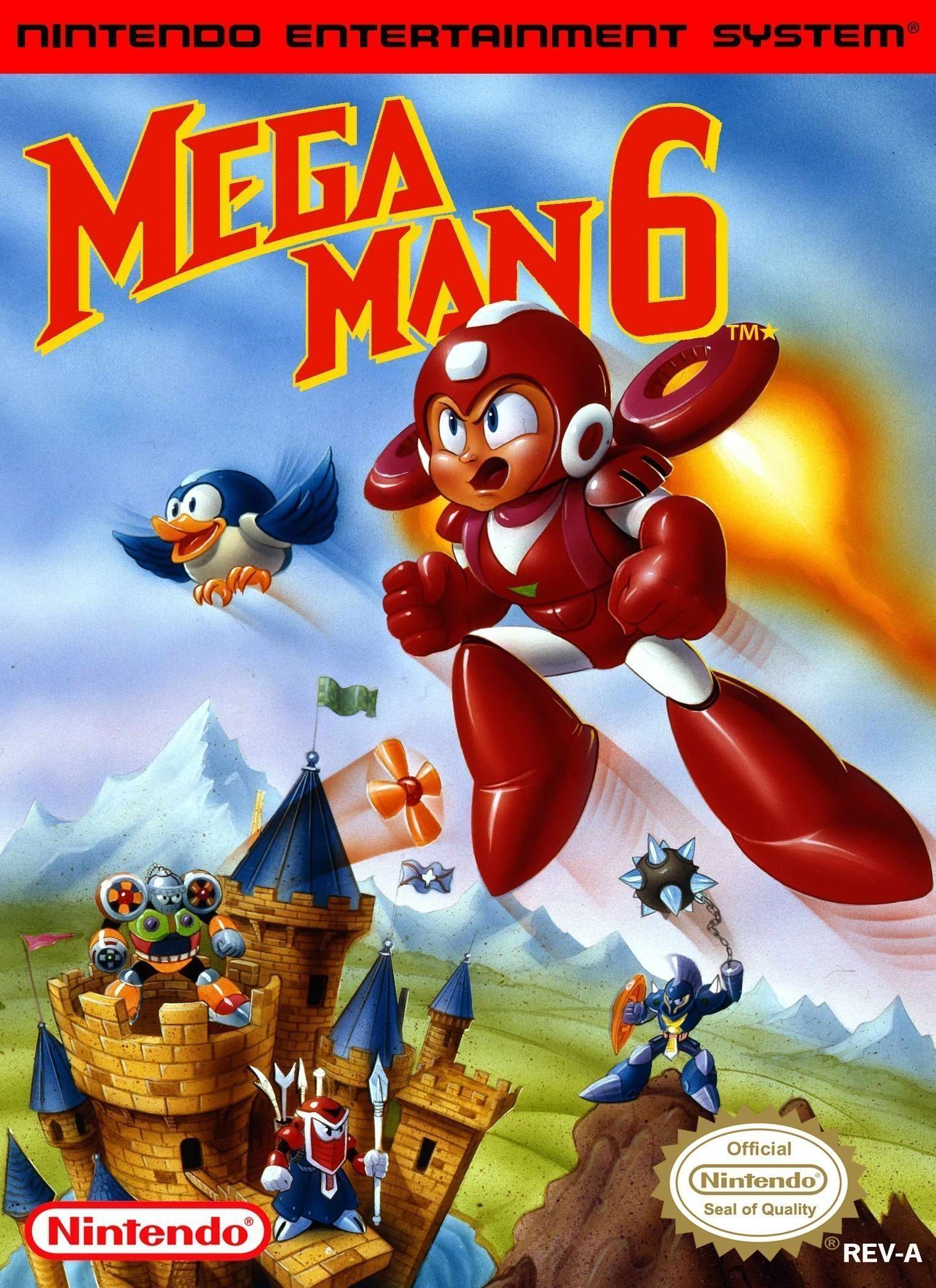 This is the final Mega Man game for the original NES. It’s important to realize that while Rock Man was still very popular in Japan, the sales of Mega Man 5 in the US were disappointing. In fact, Capcom didn’t bother to publish this game in the US at all. Here in the west, Mega Man 6 was actually published directly by Nintendo. This may seem like an odd move, but when this game came out, the NES was on its way to becoming a relic. The SNES had already been released and most developers and players were focusing on that system. But, Nintendo still pledged to support the original system for a time. The release of this game was one of the ways they were still trying to capitalize on their old system.

So what does the final NES game in the series have in store for us? Let’s take a look! 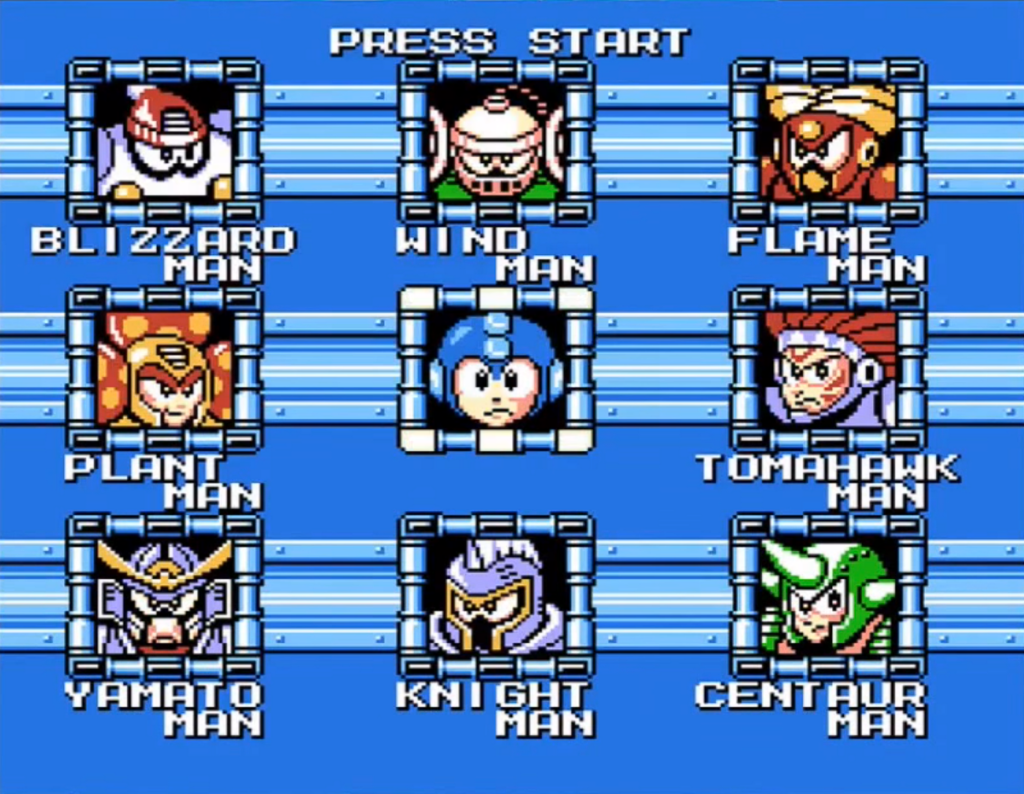 The story is again, largely the same. With MM6, we have a new antagonist, Mr. X. He is supposedly, the one who was behind Dr. Wiley the whole time. (Of course, time will tell if this is the case – PRO TIP: It’s not.)

Bu the story isn’t the only rehash in this game. The majority of the gameplay elements are the same. Robots, abilities, tokens – we’ve seen it all before. The only really new thing is the way Rush can now integrate himself into mega man’s armor, allowing him to fly, etc. That’s kinda cool, I guess. But, is it really any different? 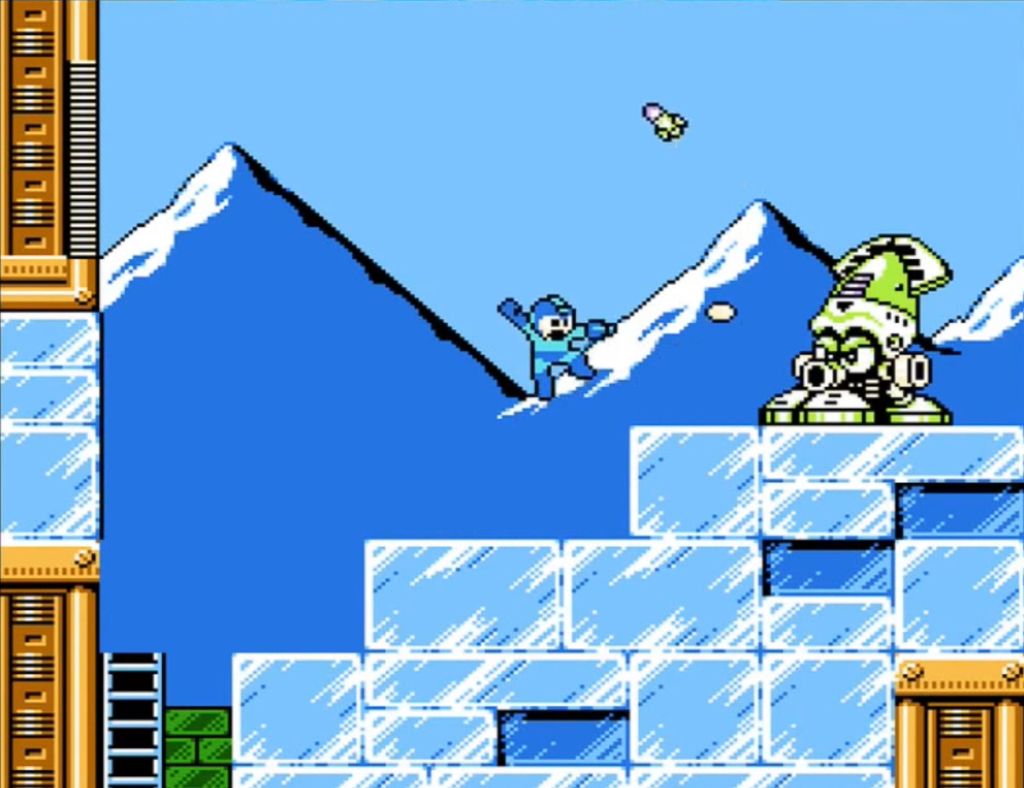 One thing I will say about this game is that the levels are insanely difficult. Maybe “difficult” is not the word. Brutal is more fitting.

I found this to be the most challenging of the MM titles so far. But aside from the ramped-up difficulty, It’s more of the same in this game. 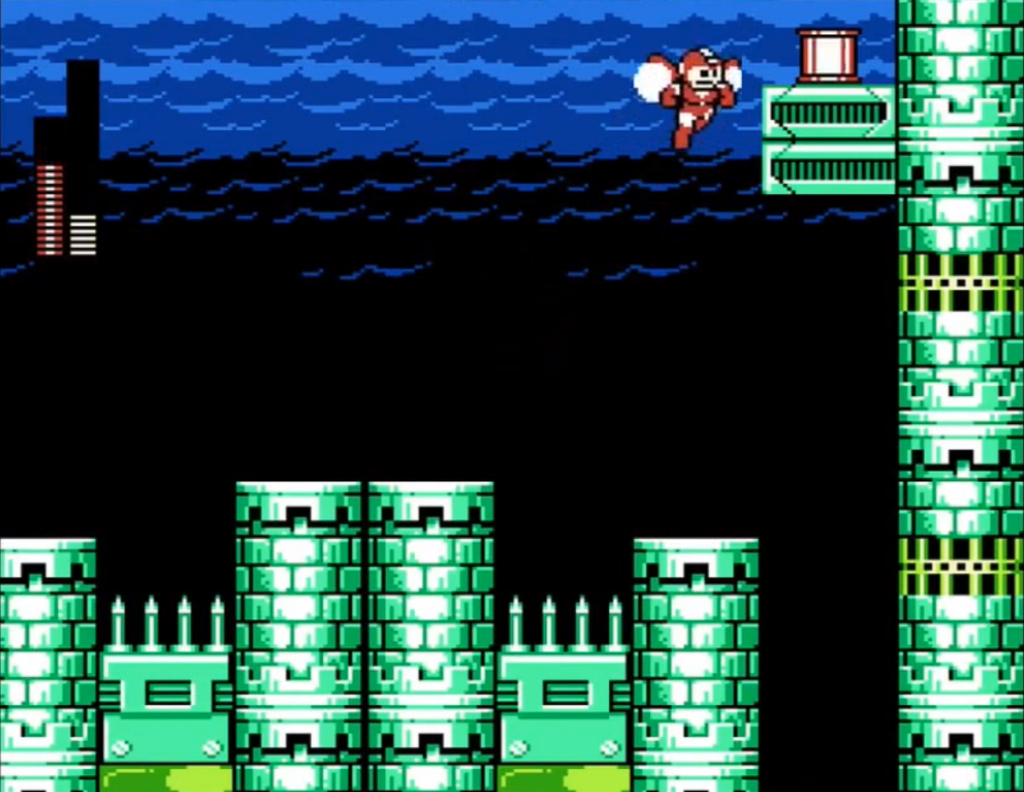 Difficulty: Very Difficult  – I mean this. It’s harder than the first Mega Man game. I found this game to be the very definition of frustrating. The levels, the bosses, all tough. Challenge is a big thing with games in Japan, and for Japanese players, I’m sure this game is a dream come true. – Don’t get me wrong, I don’t care much for cakewalk games, but I found this to be a bit excessive.

Story: Same thing again. But at this point, that isn’t necessarily a bad thing. Part of the charm of the series is the eye-rolling “Dr. Wiley strikes again” motif. It’s very tongue-in-cheek.

Originality: The Rush Armor doesn’t really count as an added feature. But that’s about the only new thing we have here. Everything in the game has pretty much been seen before. I think that Capcom realized that this was going to be their last 8-bit foray into the world of Mega Man. For this reason, the focus was on challenge not on features.

Fun: This was my least favorite in the series so far. But, I wouldn’t call it a total waste of time. It does have it moments, but I did tend look at it as more of a chore than a good time.

Graphics: This is really the best thing about the game. Somehow, the devs managed to push just a little bit more out of the aging NES hardware. This is a striking example of what the NES was capable of in the hands of an experienced artist. In some places, this may be one of the best looking NES games. Then again, other levels look very drab. It’s a mixed bag really, but the areas done well, are really something to behold.

Playcontrol: Same as all the other games in the series. No glaring problems, but still a touchy platformer. Plays best on the original NES controller, IMO. But no real issues with modern hardware.

Overall score (1-100): 40 – I can only recommend this game for the true fan. If you are a casual gamer who was to experience some legacy Mega Man, there are much better options. This one is for completionists only.