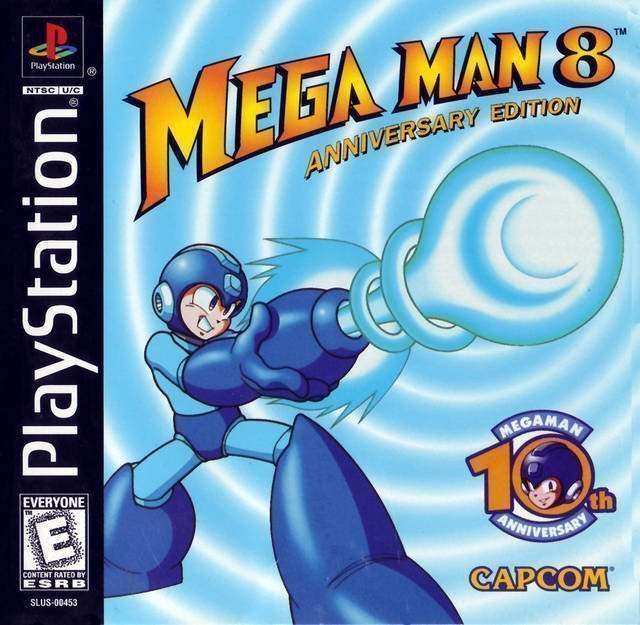 Finally, we come to the last game in the Mega Man Anniversary Collection; Mega Man 8. Originally released for the Sony Playstation and later, the Sega Saturn, Mega Man 8 represents the first 32-bit title for the series. This is another one that I initially missed the first time around. So, this will be my first time playing through this title.

This game actually features a short anime introduction. That’s right, actual cartoon footage. However, I was extremely let down by the quality of the video. It seriously looks like a 3rd-generation VHS copy of a bootleg import. What is up with that?

Anyway, the game begins with two strange robots fighting in outer space. They crash to earth, where one of them is found by Dr. Wily. Harnessing the new “dark energy” he finds inside the robot, he upgrades his existing evil robots, making them more deadly than ever before.

After being sent to investigate the crash site, Mega Man recovers one of the crashed robots and takes it to Dr. Light’s for repairs and sets off to do battle with Dr. Wily’s new mechanical menaces.

Is it at this point that, Duo (the rescued robot), explains how Dr. Wily must have used the dark energy to make his robots masters more powerful, and he offers his assistance in defeating Wily’s remaining bosses.

Of course, Mega Man fights his way through more dangers with the help of Duo. 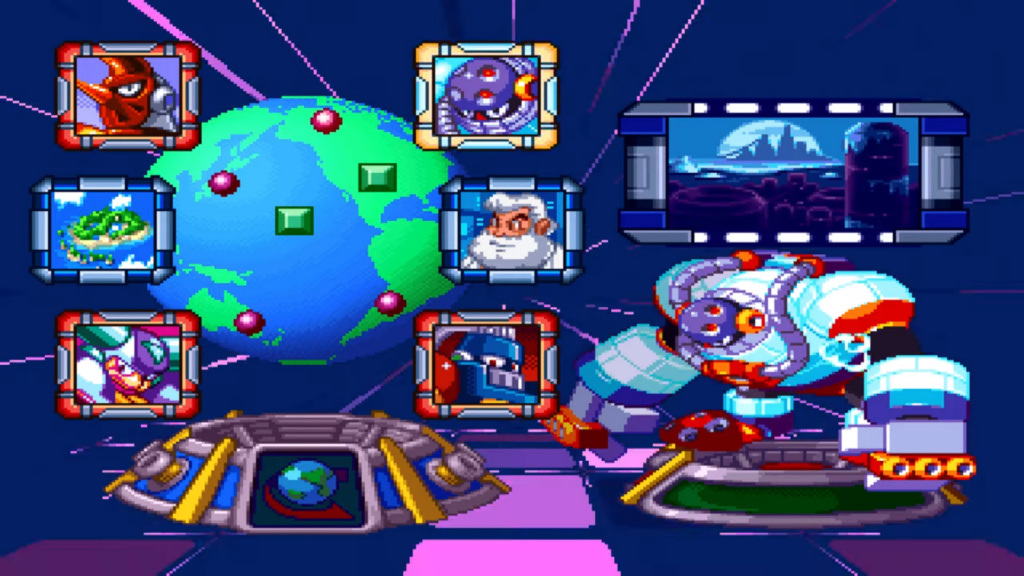 In many ways, this game is very similar to Mega Man 7. The overall concept is pretty much the same with the big difference here being some technical upgrades.  As expected, the graphics and sound are much improved. But not as much of an improvement as one might expect. Yes, the graphics blow away anything the SNES would have been capable of. But still, it really fails to harness to full potential of the PS1.

Mega Man 8 is also the first game in the series to feature actual voice acting. But don’t get too excited… it’s absolutely atrocious. Still, points to Capcom for trying.

The biggest change this game brings to the series is Mega Man’s ability to use two different weapons at a time. In fact, this is really the big shining point for the game. It’s a lot of fun to figure out how best to combine various weapons and turn them into a strategy for defeating the different robots bosses. 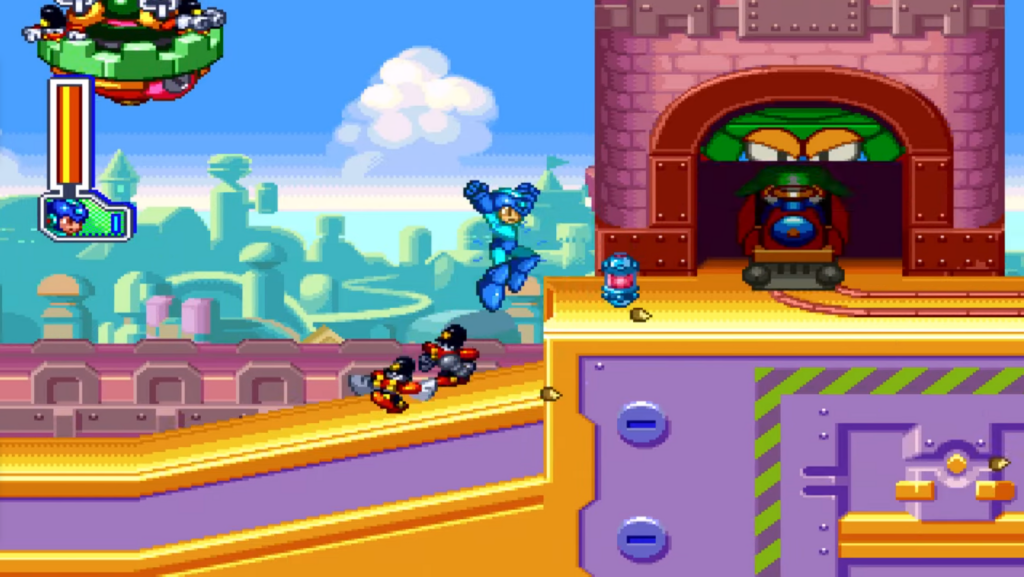 Now, if you listen to other reviewers, you’ll hear how Mega Man 8 is one of the easier games in the series. Surprisingly, I found the game even harder than Mega Man 7.  Seriously. So I don’t know what’s up with that. Maybe it’s just me, or maybe I didn’t play my cards right during the course of the game and upgrade the correct components. I don’t know. But personally, I found this game to be maddening.

Regardless, Mega Man 8 is an interesting addition to the series. The visuals and score are outstanding, and the same can be said for the storyline. I guess my biggest complaint is that it wasn’t different enough.

Difficulty: Very Difficult  – This game seemed even harder to me than Mega Man 7. The worst are what I call the “surfboard” levels. Areas where Mega Man has to coast on a platform and is only able to jump, duck or shoot. Usually, platformers with this sort of presentation has some sort of pattern that can be learned over time. That didn’t seem to the be the case in this game. At least, if so, I wasn’t able to catch on to it. At any rate, this is another title that sure to frustrate most casual gamers.

Story: Again, we have a good story and this time with cinematics. This is probably the highlight of the game, in my opinion.

Originality: Aside from the storyline, there’s nothing new brought to the table. Yes, Mega Man can now wield two weapons at once. That does bring a new dynamic to the game, but it really isn’t enough to make this feel like a new experience. Which, considering the hardware of the PS1, is really sad. I feel there was a lot of potential squandered.

Soundtrack: Here we have good, CD-quality sound, but what I feel is sub-par music. Another shame.

Fun: I enjoyed the visuals and most of the level design was interesting. But once more, the difficulty of this title really ruined a lot of it for me.

Graphics: Very well done. Excellent graphics in this title. This is another area that Capcom really got right. It looks like a full-blown anime. But considering everything the PS1 was capable of, it should have been better.

Playcontrol: No real complaints, if you don’t count the surfboard areas. But, then again, the difficulty there is by design. Everything played well and was responsive. No real issues.

Value:  Mega Man 8 is available on PSN for PS3 consoles to the tune of $8. But, if you want to get the best value, this game is also included in the Mega Man Anniversary Collection for PS2, Game Cube or XBox for around $30.

Overall score (1-100): 60 – Overall, and by itself, MM8 is a good game. Personally, I was turned off by its difficulty. Who knows, maybe I’m getting old, but it was too darn extreme for me. I suspect that most casual players would agree.