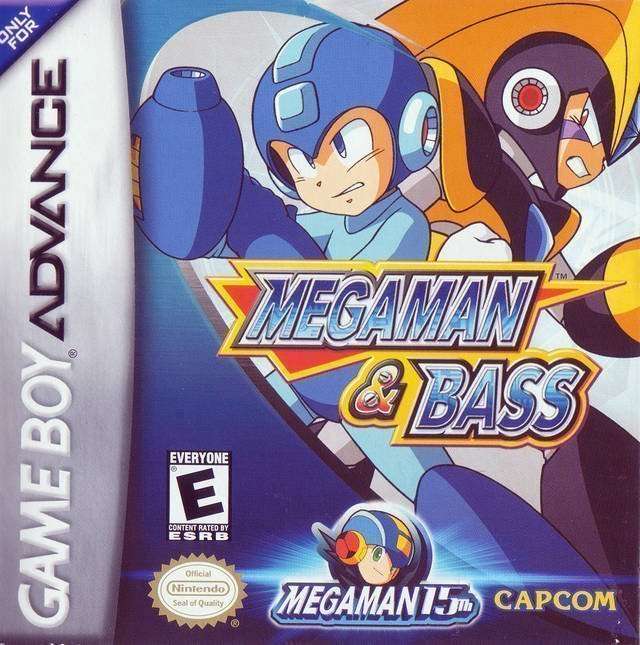 Next up in the series, we have Mega Man & Bass. This is a title that was originally released in 1998 for the SNES as a Japanese exclusive. As you probably know, by 1998 most of the world had moved on from 16-bit gaming. For this reason, Mega Man & Bass was not initially brought over to the west. Eventually, in 2003, a port of the game was released for the Game Boy Advance here in the US.

Now, I should state up front that I feel the original SNES version of this title is probably the better of the two. But it is unlikely that we’ll ever get an official digital release of this version here in the US. So, for the foreseeable future, the GBA release will have to do. It is also the version I played through for this review.

Even though the game was released on the SNES, it occurs chronologically after Mega Man 8. In this game, the “freak of the week” is a new robot named King. King steals a bunch of plans from the Robot Museum with the intention transforming the world into a robot utopia free of human control. Naturally, Mega Man steps up to ward off this threat. Optionally, the player can also choose to play as Bass. In this scenario, Bass decides to defeat King as a way to prove he is more powerful than Mega Man. 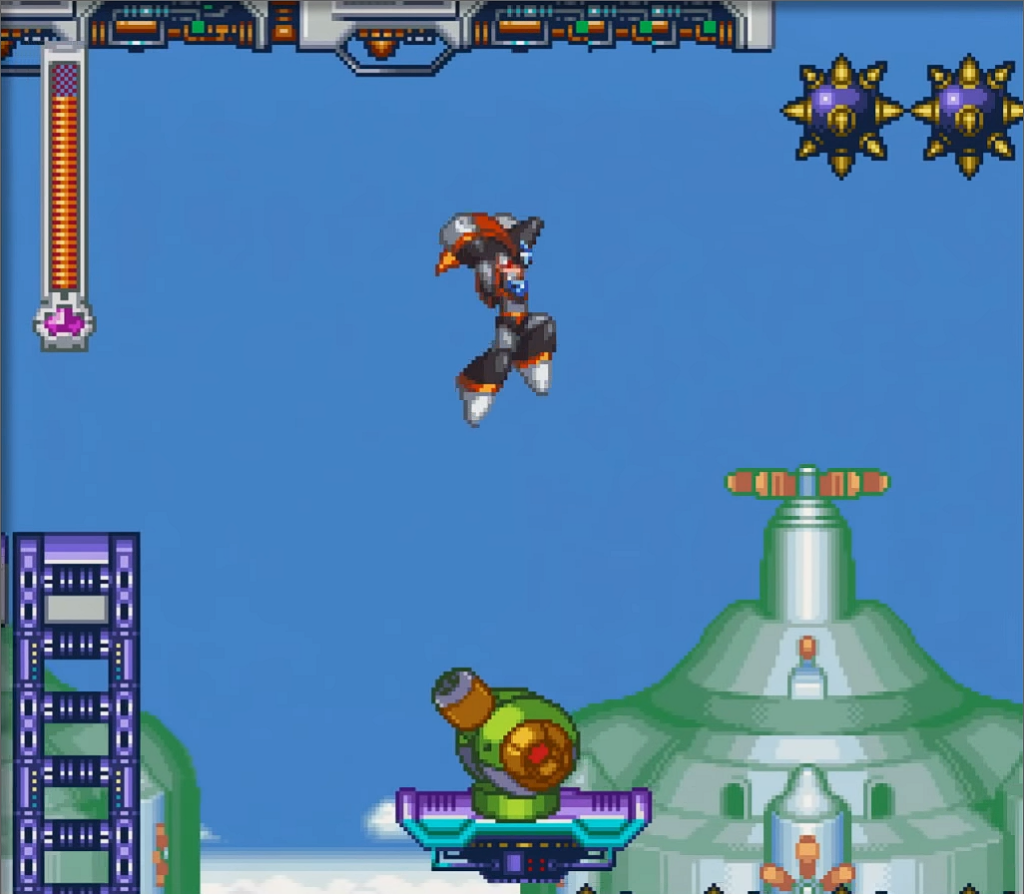 The graphics and sound in this game are wonderful. Many of the animations and sprite-art actually seem to come straight out of Mega Man 7. The Game Boy Advance proves to be the perfect medium for this game since the smaller screen size makes the dated 16-bit visuals appear sharper and more colorful.

As far as gameplay goes, most of what has been seen in the series thus far is present here. Of course the big draw to this game is the ability to play the entire scenario as the character of Bass. Bass and Mega Man are similar in many ways, but there are also some very important differences. To start with, Bass is able to fire his weapon diagonally – something Mega Man is not able to do. Also, he has a few more tricks up his sleeve in terms of agility and special moves.

That being said, Mega Man seems to pack a harder punch when it comes to damage dealt. Still, most people I know prefer to play the game using Bass. It almost seems that the game was set up with this character in mind. Many of the levels seem more suited for that character than they do for our old pal Mega Man. 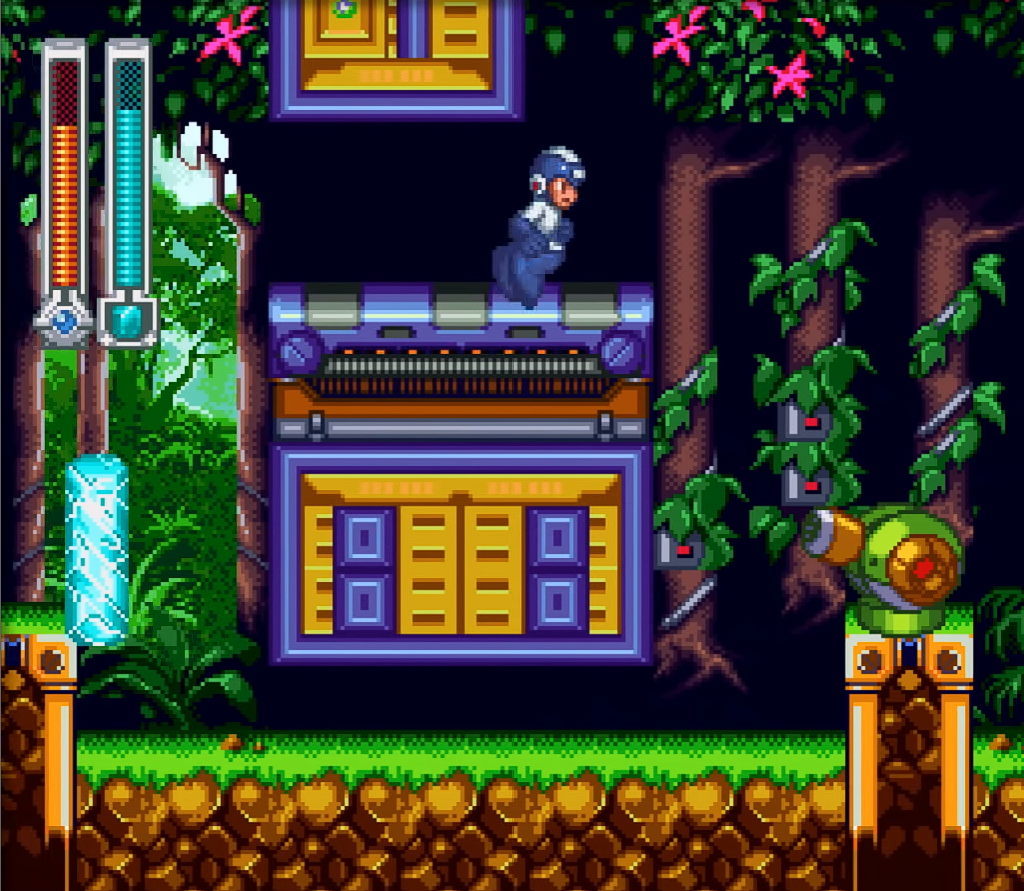 As was the case with the last couple of titles in the series, there are collectibles scattered throughout the levels that are used to purchase upgrades and abilities. The real key to this game is figuring out which upgrades to apply to your character. Some of the later robot encounters are extremely difficult if the player isn’t equipped with the right upgrades and abilities. It should be noted however,  this time it is impossible to collect them all in a single playthrough. So the player is encouraged to play through the game more than once. This seems perfectly reasonable since the experience is vastly different depending on which character you select.

This game is an interesting blend of both older and later Mega Man titles. To me, it feels a lot like the Mega Man X games in the sense of level design and graphics. But it retains that classic Mega Man challenge.

It’s also worthy to mention that for many years, this was the last of original Mega Man game released by Capcom. 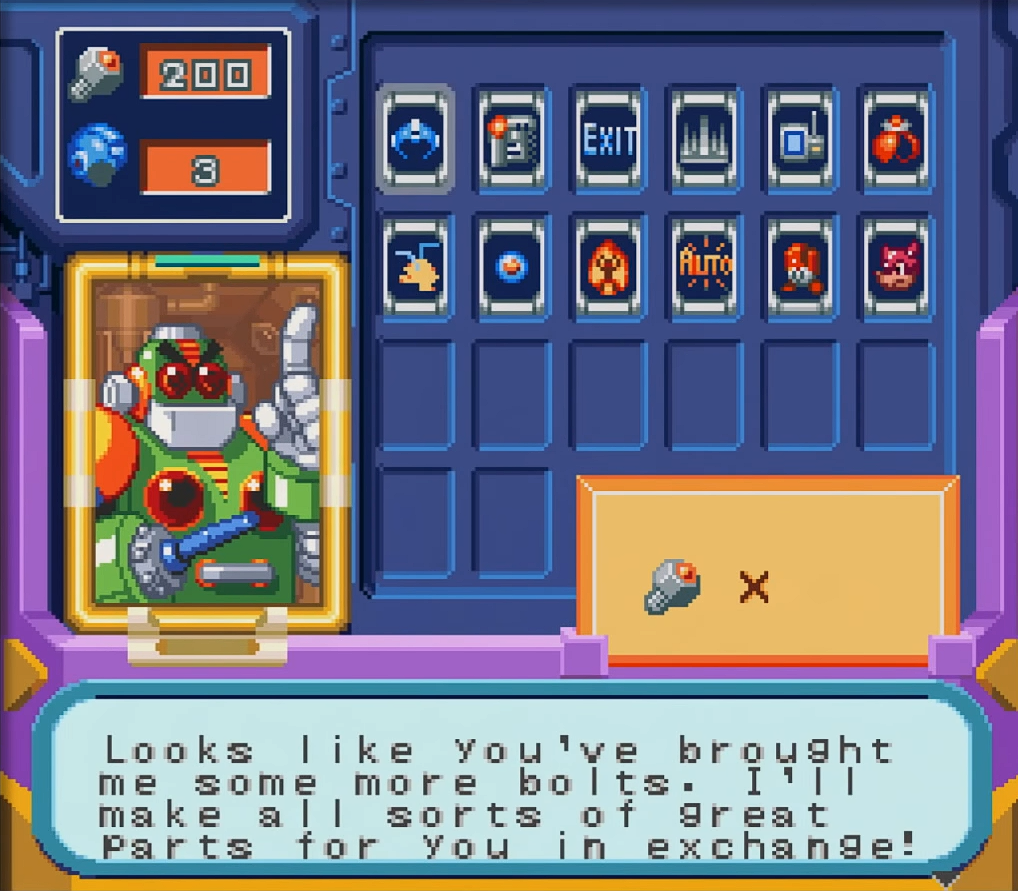 Difficulty: Very Difficult  – Once again, the difficulty level has been taken up ANOTHER notch. In fact, I’ve read somewhere that it was the goal of the developers to make this title as “hardcore as possible”. The game does seem a little easier to me when playing as Bass, but still it’s rough. At this point, I guess we really cannot complain and should look at this as a staple of the series. This title contains every dirty trick you can imagine.

Story: Here we have a good story that helps to flesh out the character of Bass a bit. The introduction of King is also a nice addition to the series. But overall, it’s just more of the same.


Originality: This game is a nice mix of both old and new. The ability to play as someone other than Mega Man is a really nice touch. Both characters have their pros and cons and this makes the experience quite different.

Soundtrack: Decent tracks here, but somehow they seem to lack cohesion. Some of songs seem a little out of place, but overall it’s a decent soundtrack.

Fun: Fun- if you’re a sadomasochist. This truly is one of the harder action platformers out there. Patience is a must.

Graphics: Very sharp and crisp on the GBA screen. The game definitely show it’s 16-bit roots, but I find no reason to complain.

Playcontrol: No real complaints here. The controls are precise and responsive. It’s important to note that both Mega Man and Bass have a different feel about them.

Value:  This game can usually be found for about $30 online. At this price it might be a little steep for the casual gamer, but it’s a good bargain for fans of the series.

Overall score (1-100): 75 – Mega Man & Bass is a pretty good title and a welcome addition to the handheld Mega Man universe. It’s nice to finally have a proper release of the game here in the US. Being able to experience a “Mega Man game” as someone other than Mega Man is lots of fun. But as I said, the difficulty level is pretty intense so be warned going in.

Available today on: Currently Unavailable  – (Updated as of Spring 2022)