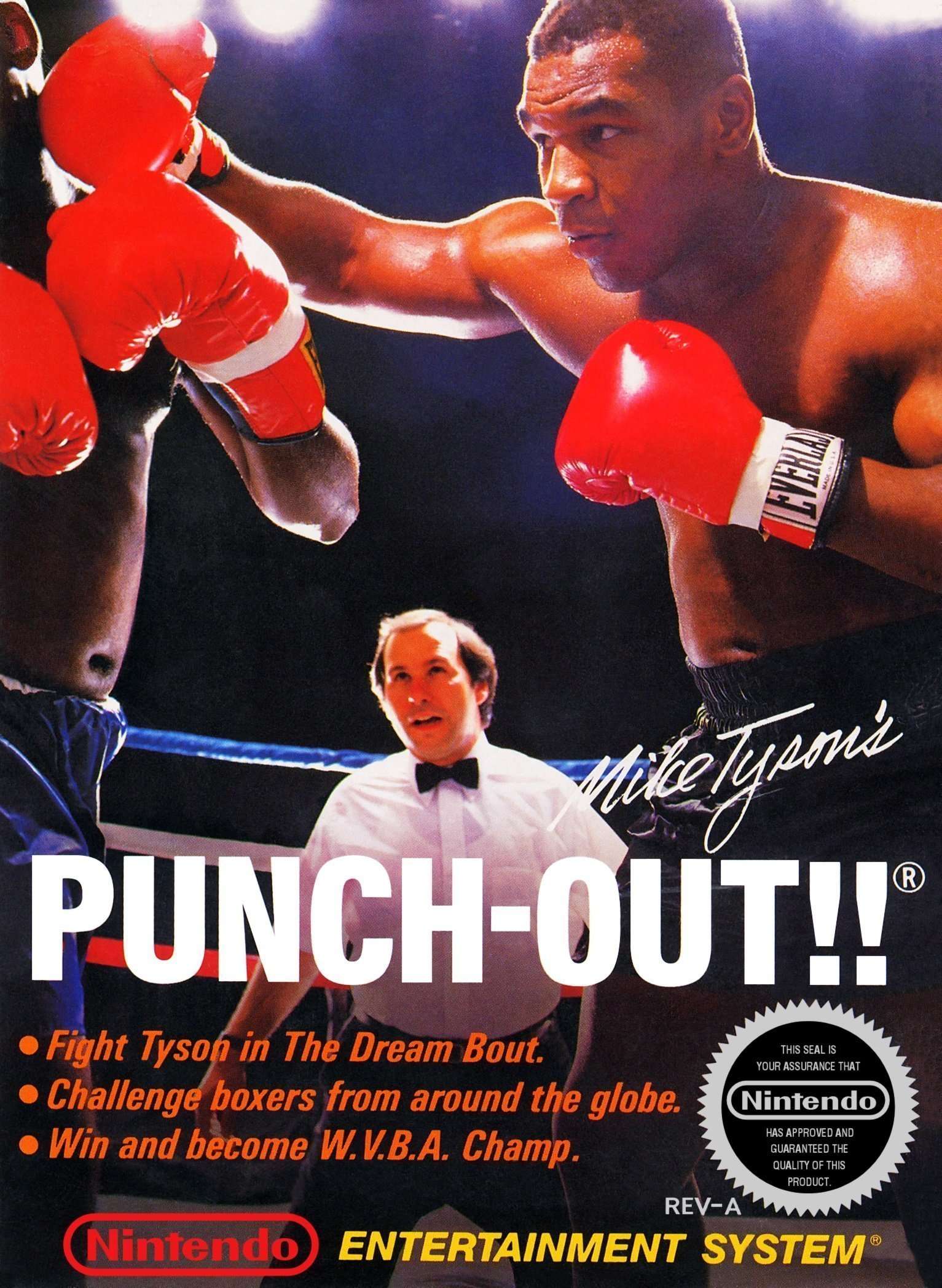 With the start of the new year, I want to get back on track and share my thoughts on many of the retro games that filled the countless hours of my youth. Nintendo was responsible for some of the most timeless games ever released. Everything from the classic 8-bit adventures of Mario, Link, and Samus to the hard hitting sports action of… Mike Tyson?!

As the legend has it, Nintendo was hard at work on a home version of their popular Punch-Out! arcade game when a Nintendo executive attended a Tyson fight. So impressed with the boxer’s skill, they offered Iron Mike a contract to feature him in their upcoming game. He accepted the offer, and Mike Tyson’s Punch-Out!! was born.

In this game, the payer controls a wimpy looking guy by the name of Little Mac. Guided by his trainer, and former boxing champ, Doc Louis, Mac must defeat various boxers and work his way up to the championship bought with Mike Tyson himself.

I should take a moment to note that due to contractual issues that cropped up after the game’s initial release, later printings replaced Mike Tyson with a fictional champion named “Mr. Dream”. This version of the game is known simply as Punch-Out!. But aside the the name and the look of the final fighter, the two games are identical. 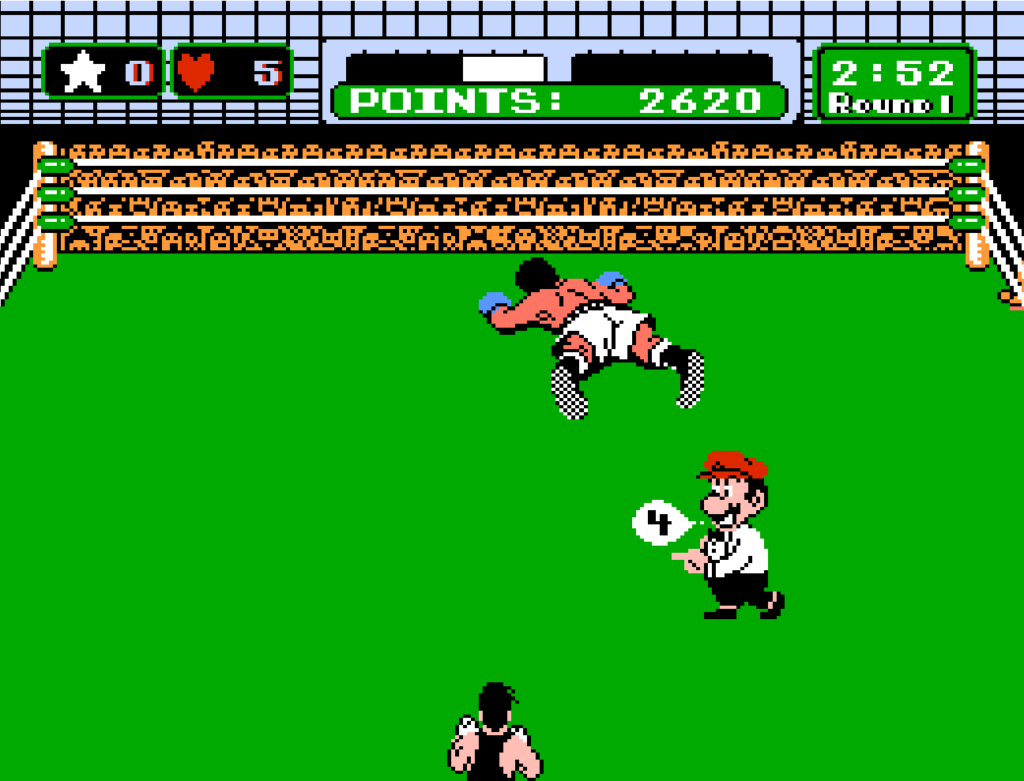 The gameplay is simple. You control Little Mac as he battles various opponents. Mac can deliver both low and high punches. So the trick is to watch your opponents gloves, see where they are guarding, and attack wherever they are exposed. Sometimes, your opponents have an excellent defense. So you may only be able to land a punch as they lower their guard to attack you.

The opponents are always entertaining and often portray various racial or regional stereotypes. By today’s standards some of the humor in this game would probably be considered off-limits. Personally, this doesn’t bother me. It’s all in good fun – but whatever.

Most fighters have various weaknesses or “tells” to help you figure out what their next move is going to be. With a little time and repetition, it’s not difficult to get the hang of most fights. Our old friend Mario even makes a guest appearance as a referee!

After defeating a number of boxers, Mac will earn the right to a title fight. By defeating the champ, Mac takes the title and moves on to a tougher circuit of fighters. In between each circuit, a special password is displayed on the screen so players are able to take a break and pick up where they left off. 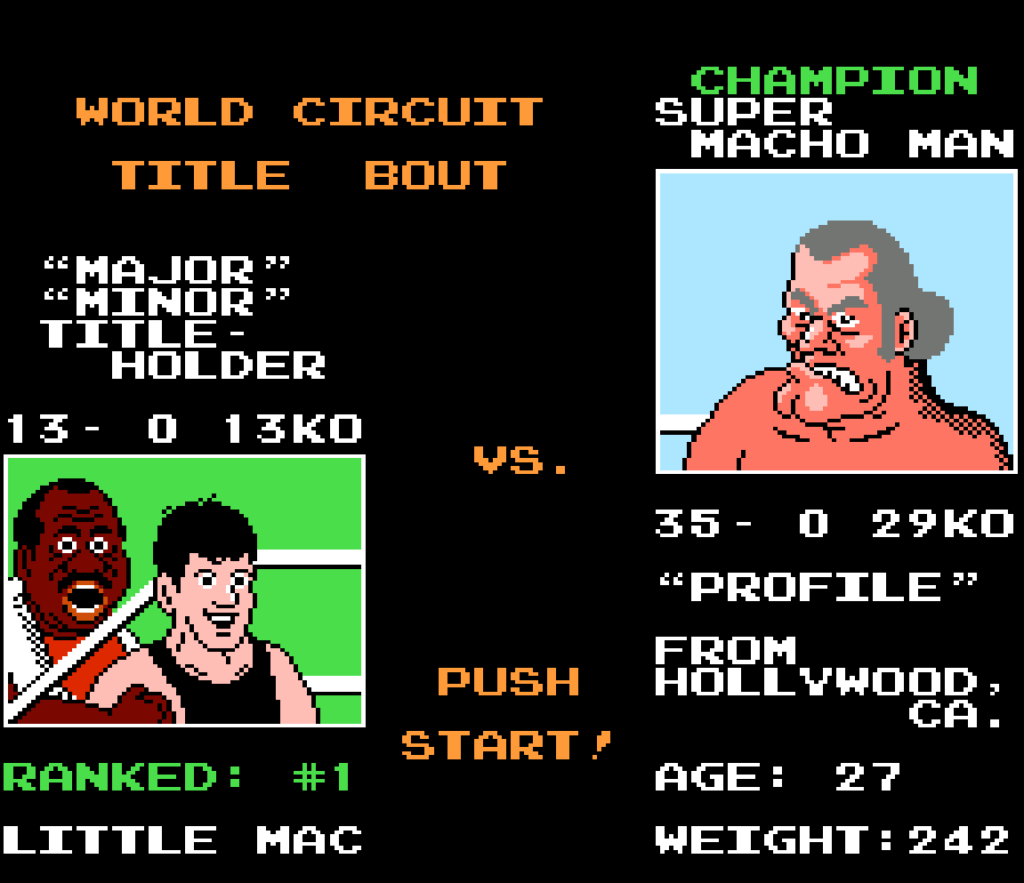 Eventually, you will make your way to the final fight with Tyson. But be prepared, he can take you down in a single punch! I enjoyed this game immensely as a kid. In fact, this game was probably the only reason I even knew who Mike Tyson was at the time. It’s a shame that the only version of the game available these days nixes Tyson’s appearance.

Punch-Out!! was one of those essential games when I was a kid. Everyone I knew had a copy and we all knew all of the ins and outs. Tricks like holding down the select button between rounds for a health boost we common knowledge. Several of my friends, (myself included) used to have all the secret passwords memorized. It was a blast!

Even today, Punch-Out!! remains a classic that I can pick up and enjoy at any time. Even though we no longer have Tyson’s name on the product, this is one game that I recommend to any gamer. It’s a solid classic that never gets old. 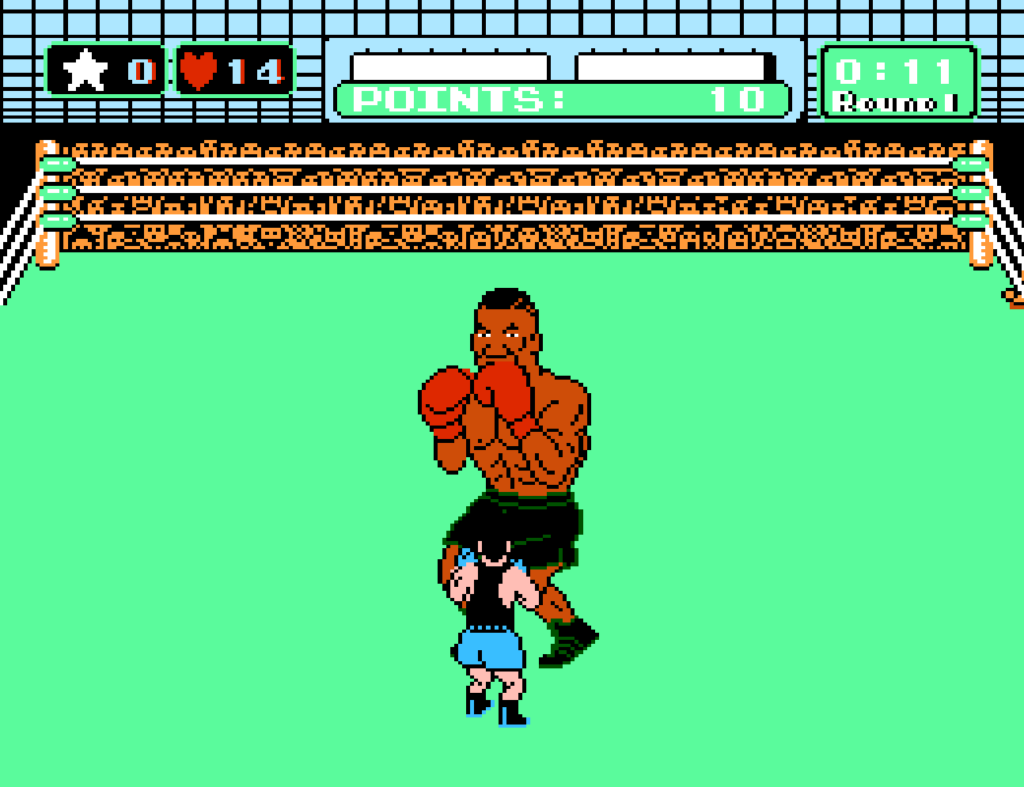 Difficulty: Medium – The first part of the game is fairly straightforward and you learn quickly how the mechanics work. As the game progresses, the opponents go get tougher. However, each one has their own strategy and with a little patience it shouldn’t be too hard to conquer this title.

Story: Not much to write about. The premise is simple, you are an up and coming underdog boxer, working your way up the ranks to the ultimate bout with the heavyweight champ. Simple and to the point, but effective.

Originality: Nothing like Punch-Out! existed at the time it was released. This was pure Nintendo genius at its finest. Boxing can be a hard sport to translate to a video game experience, so to make this work Nintendo decided to go the cartoon route. This approach makes for a very original and entertaining title.

Soundtrack: Short on variety but heavy on the grooves. There’s not a big musical selection to be found in the game, but all of the tunes included in the this title to very catchy and memorable.

Fun: I thoroughly enjoy this game, even today. It’s a good example of a very basic, but fun and entertaining title.

Graphics: By today’s standards of course, the game looks a little dated But at the time, the visuals in the game were top notch. The detail going into the character models is very well done considering the cartoon atmosphere.

Playcontrol: If you’ve never played Punch-Out!! before, it will take you a few minutes to get the feel for things. When to dodge, when to punch, it all seems really foreign at first, but it does sort of fall into place after a bit. If playing on the virtual console, a standard controller or pro controller is recommended.

Value:These days, a copy of the original game can be bought on the Wii Virtual Console for $5. This a more than fair price.

Overall score (1-100): 95 – Classic Nintendo. This is a near perfect game. If you can overlook the stereotypical humor, there’s really not much not to like about the game in my opinion.

Other Review In This Series: