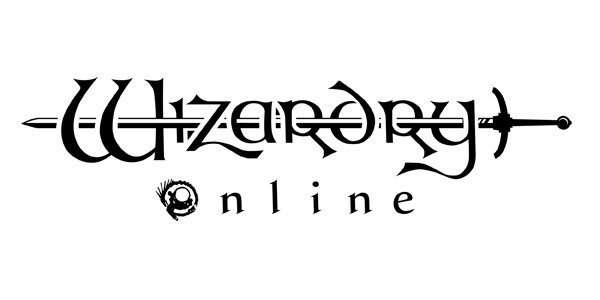 I’ve been putting off this article for some time. If you’ve been following the blog, you may remember my excitement for the upcoming North American release of Wizardry Online. Being a lifelong fan of the Wizardry games, I was extremely excited to finally get a chance to play this long awaited MMO.

Several years ago, I hosted a fan-page dedicated to the Wizardry series. It was one of the few on the net at the time and quickly became one of the biggest Wiz sites out there. I prided myself on being such a big player in the community, that I decided to launch a podcast in preparation for the English release of Wizardry Online. So, in July 2012, the Gilgamesh’s Tavern podcast was born.

To help lend some credibility to the cast, I launched the first episode by interviewing one of the founders of the series itself; Robert Woodhead. As the podcast progressed, I spent some time discussing all of the various games in the series, both western and Japanese titles. Finally, as the details regarding the game started trickling in, things got hectic.

I was accepted in the closed beta, and around the same time I was contacted by SOE and provided with several beta keys to distribute. Suddenly, my podcast subscriptions went from single digits to triple digits overnight. It was everything an aspiring podcaster could ask for. There was just one problem… My experience with the closed beta was… well… awful.

Being under NDA, I couldn’t express my concerns publicly. Several localization issues about the game irked me and the user interface and game controls boggled my mind, and I was not alone. Many users in the beta forums echoed my sentiments. Other aspects of the game seemed severely flawed as well. I was left to wonder, was the current Japanese version of the game so… crappy? Or was SOE giving us some type of modification of the original vanilla JP release?

With the end of the closed beta, and the launch of the open test. The game received a much needed patch. Several of my complaints seemed to have been addressed. But, something about the game still felt… broken. It’s very hard for me to get into specifics because, I can’t really place my finger on it. There are many things about Wizardry Online that are indeed very “Wizardry-like”. However, there are so many other aspects that seem completely out of place. The things in the game that do seem to honor the roots of the series, such as randomly assigned skill points at character creation, seem out of place for an MMO. While, things from the old series that would thrive, such as advanced classes (Samurai, Lord, Ninja, Bishop) are absent.

Needless to say, I was disappointed to the point where I could no longer offer my support for the game by hosting a community podcast. Rather than make a big scene about it, I just quietly retired the podcast and vanished into the night, as some might say.

Many of my real-life friends who were also jazzed for the game have also expressed their discontent of the title. I am very sad to have to admit it, but my disappointment with the title has been vast.

Now, I realize the game is still in beta. But I would be extremely (and pleasantly) surprised if the title receives enough polish between now and release to win me back.

On a side note, before ending this rant. I do want to point out that one thing the game really seems to get right is ATMOSPHERE. The dungeons and even the town create a very good sense of adventure and danger. However, the combat mechanics, user interface, and clunky controls just overshadow everything else.

Being a Free-to-Play title, I certainly have no plans of uninstalling the game and I do expect to give an honest chance upon release. But I’d be lying if I said that I don’t think this is going to be a very profitable title for SOE. The worst thing about that is, if this game fails, the chances of any other JP Wizardry titles being brought to the US drop significantly.