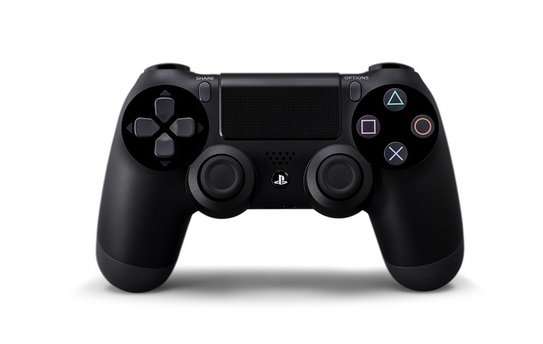 So just the other day Sony had a big press conference to announce the upcoming release of the Playstation 4. While we’ve seen no picture of the console itself, several details including an image or two of the controller have been presented.

Based on the picture alone, the controller hasn’t changed a whole lot. The biggest difference appears to be a small touch pad in the center of the device. Exactly what functions this touchpad can perform are still unclear, but I worry that this may be a bit gimmicky. The start and select buttons are gone, replaced by and Options and Share button. The option button seems like a good idea, it’s sort of an all-in-one menu button. Press it and you’re brought to an options menu in the PS4 OS. I’ve long felt that the days of needing a “start” and “select” have been long gone, so this is a welcome change. The Share button is an obvious clue that the PS4 is going to linked in to social media. In fact, Sony has stated that this connectivity is a core focus of the device.

Some other really good tidbits about the PS4: Sony claims the device will have a near instantaneous power on and off time. They state that it will be able to download games in the background regardless of what else is going on, and will even have network functionality when turned off. This is a good thing for patches, etc.

The system specs and abilities seem to be on par with what one might expect for a next-gen console. But here’s where we get to the part that worries me. There will be no hardware backwards compatibility. That’s right, the PS4 cannot read discs from any previous generation console. Instead, Sony is pushing something they call “Cloud Play”. This is essentially a streaming service. Let’s say you want to play a PS2 era game. You will have to “purchase” the game online. The game is not downloaded or installed on your PS4, instead, the game is hosted on a server somewhere at Sony and you interact with the server online. Your button presses are sent over the internet, performed at Sony and a video stream of the game is sent back to your home. So basically, you’re playing a game remotely. If this works, I think could be a brilliant solution. However, I feel there is a lot of potential for lag and other issues that could really degrade the performance. Of course, only time will tell if this is going to work as expected. Of course another downside to this is that all those PS1, 2 and 3 discs you have are worthless if you want to play on the PS4.

For me, I’m not really all that excited about the announcement. As you know, I have a first generation PS3 (fully backwards compatible) and I recently had to do a home refurbish. I worry that my existing console may be on its last legs, but I don’t see myself rushing out on day one to get a shiny new PS4. Instead, I’m going to sit back and let the media and other gamers pick it apart. I’m going to see what the verdict is on the cloud gaming and then make my decision.

Also, these days many developers are starting to really embrace cross-platform gaming. Final Fantasy XIII was released on both PS3 and Xbox360. The days of PS Exclusive titles seems to be waning. So it may even be safe to say that unless the PS4 has some really tempting exclusives, I may consider skipping it altogether. Time will tell.