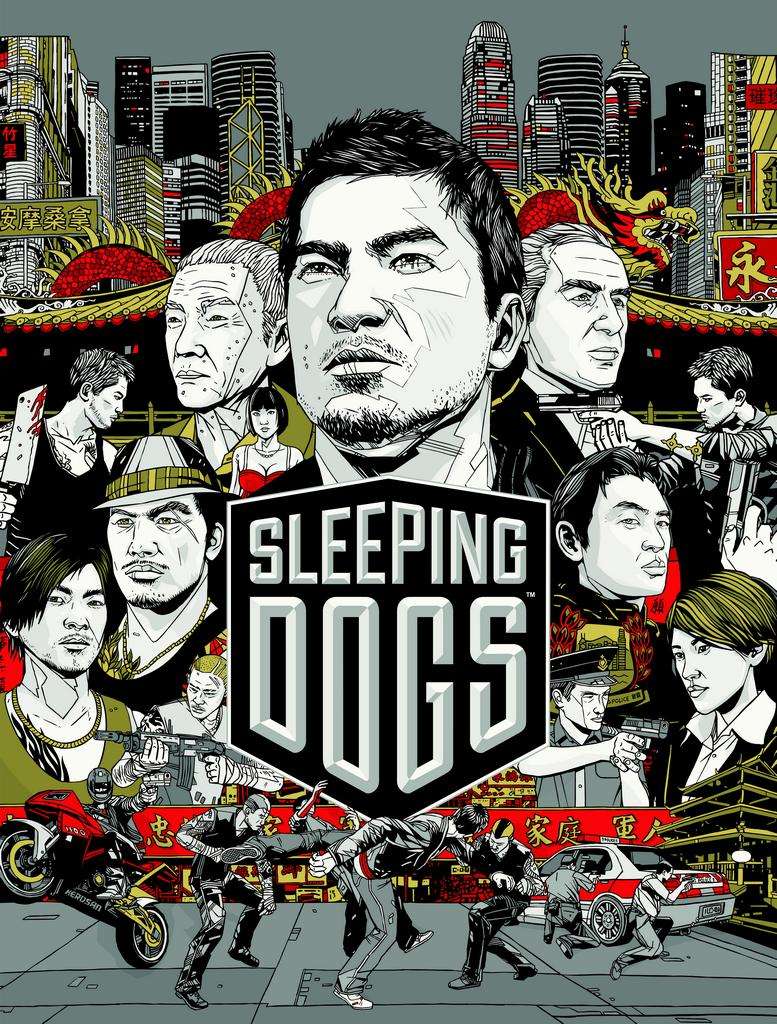 After spending a bit of time with some retro classics, I figured I would change direction and give a new game a try. I knew i wanted to try something completely different, so when I saw a flash sale for Square Enix’s Sleeping Dogs on Steam, I jumped on the opportunity. Normally, this is the type of game that I would prefer playing on a console. However, due the good price I went with the PC version and played it using a standard Xbox 360 controller.

As I said, Sleeping Dogs is not my typical type of game. But I found myself hooked within the first few minutes of play. It is one of the first very mature titles I have ever experienced. Fair warning, this game is filled with bad language, so it’s not one to play with kids around! I’ve been told that the game is on-par with mature titles like Grand Theft Auto.

At its heart, Sleeping Dogs is  a story-driven open world action/exploration game. You play the role of a Hong Kong undercover cop; Wei Shen. His mission is to infiltrate a wing of the Chinese Triad mafia. The game features a very in-depth cinema style story that really sucked me in. 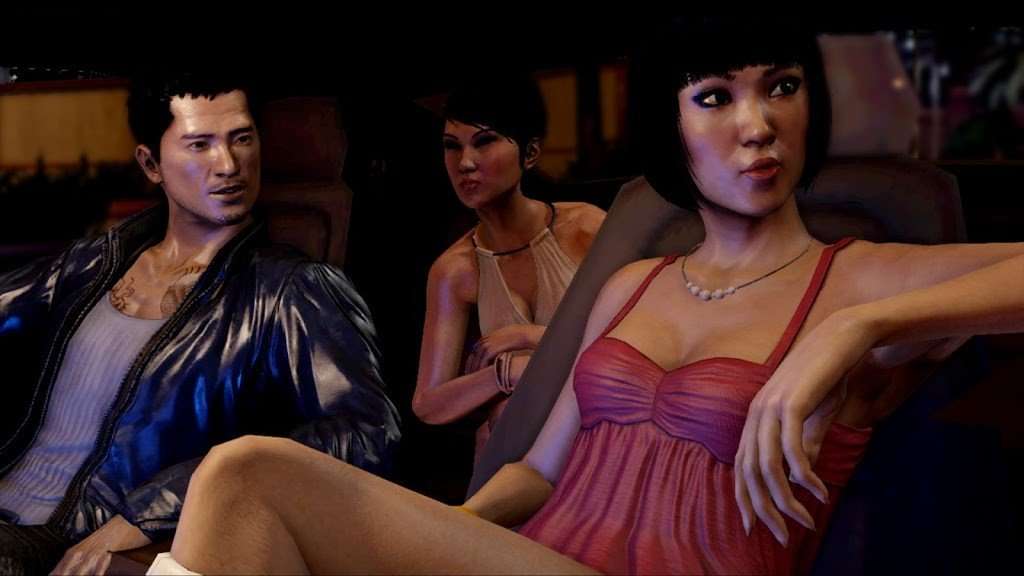 The storyline of the game progresses as your complete various missions. Missions are completed at your own pace so you have plenty of time to explore Hong Kong and undertake side quests and other activities.

As you progress through the main scenario, Wei earns experience points with either the police department or the triad. Each branch unlocks new abilities and martial arts techniques. Additional fighting abilities can also be unlocked through side quests. Throughout the game, Wei also acquires various vehicles and weapons. And at a certain point, you unlock the ability to participate in illegal street races.

Combat in the game is fun but takes a little getting used to. Aside from the classic attack and block moves one might expect, there are combo moves and counter attacks. Experience points are increased by using a variety of attacks and also by integrating the environment into combat. In nearly all areas of the game are objects that can be interacted with during battle. Fish tanks, toilets, and phone booths all make for nice things to break apart with your enemy’s head. 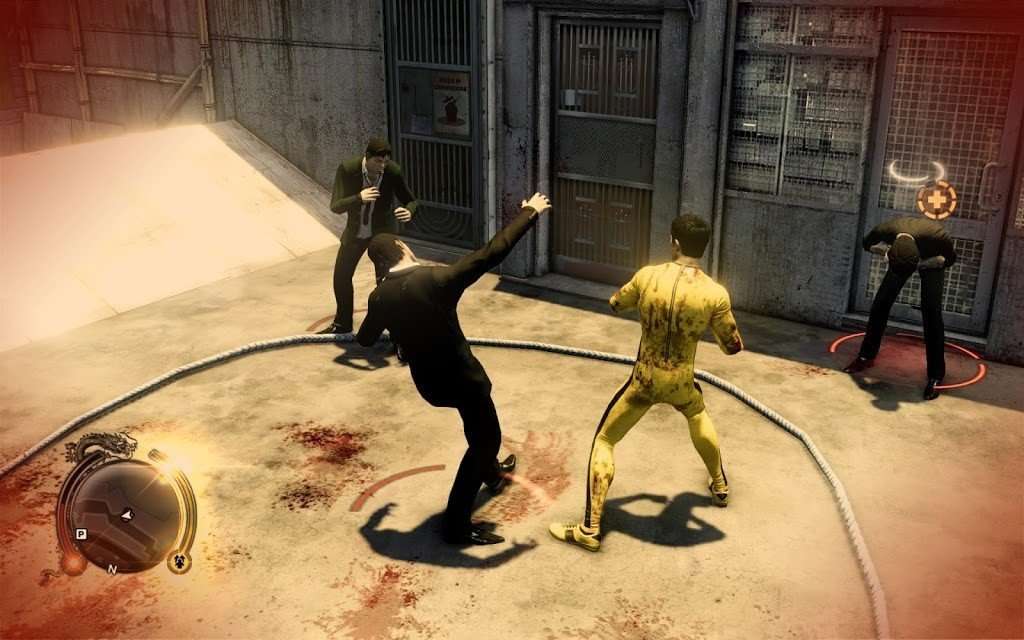 Playing this title was a real eye opener for me. The game is beautiful. The atmosphere and attention to detail really blew me away. It’s not at all what I expected and it really opened me to trying some more modern titles. The PC version also feature an optional High Resolution Texture pack which really makes the visuals in the game even more breathtaking.

Once of my favorite aspects in Sleeping Dogs is the atmosphere. This game really makes you feel like you’re in the middle of Hong Kong. The sound of the streets, the dynamic weather, etc. It’s very immersive.  I even have my favorite Hong Kong radio station on the dial whenever I’m cruising the streets. 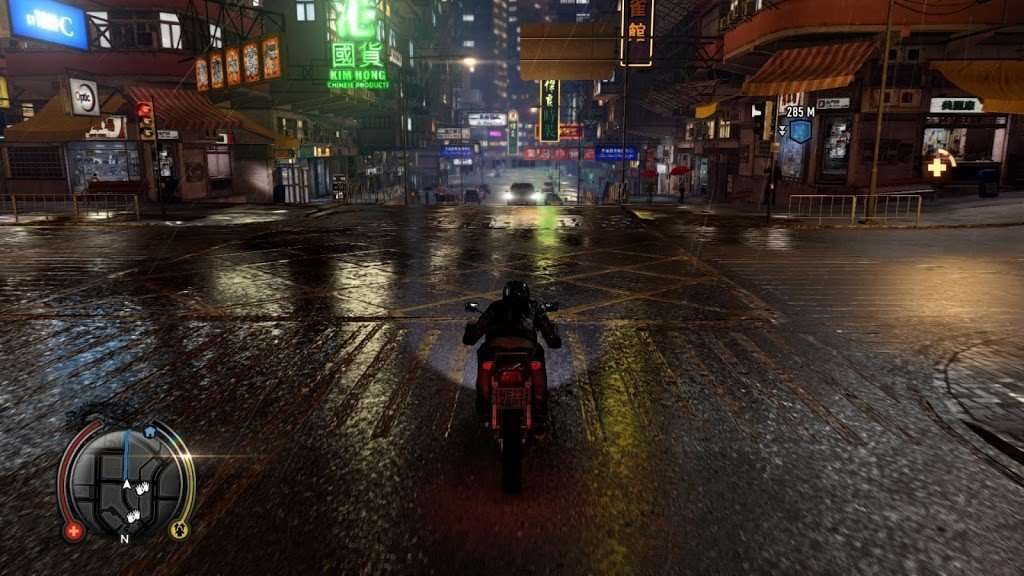 Like I said, I’m a bit behind the curve on when it comes to modern games. I tend to stick with my comfort zones so I was really blown away by the experience Sleeping Dogs offered. This game also introduced me to the world of downloadable content. Sure I’ve played some games with DLC before, but most of the time I never felt the need to really go hog wild with all the options. For some reason, this title really knew how to get my wallet. Most of the DLC offered are fluff pieces, various costumes that offer minor stat boosts, etc. But there are several that unlock new police missions or street races.

There’s also two story add-ons available, with a third on the way in the near future. The first downloadable add-on is called Nightmare at North Point. It’s a secondary mode of play that is not integrated into the the main game, but completing it unlocks a vanity costume for the main scenario. It was released in time for Halloween 2012, and features classic B-movie Chinese vampires, and a zombie apocalypse scenario.  In the end you’re led to believe that it’s nothing more than a dream. 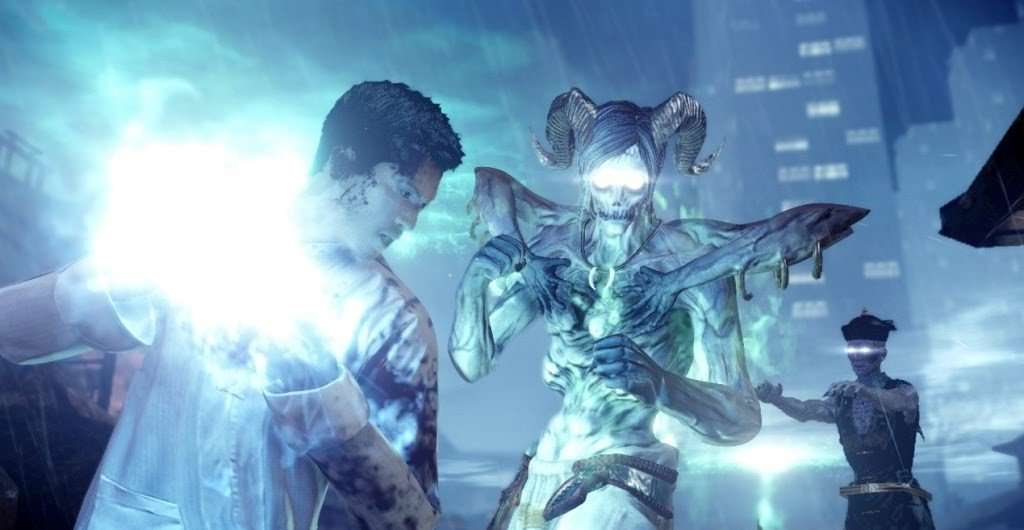 The second add-on Zodiac Tournament is actually integrated into the main scenario and unlocks a new area. Here, Wei can enter a “karate island” style death-tournament. Upon activation, the game takes on the look of a bad grindhouse kung-fu movie, complete with film grain and mono 70’s soundtrack. It’s a fun nod to classic kung-fu cinema. Again, completing the DLC unlocks some helpful items for the main scenario.

An upcoming storyline expansion called Chinese New Year is planned for the near future. Reports state that will extend the original storyline of the game. 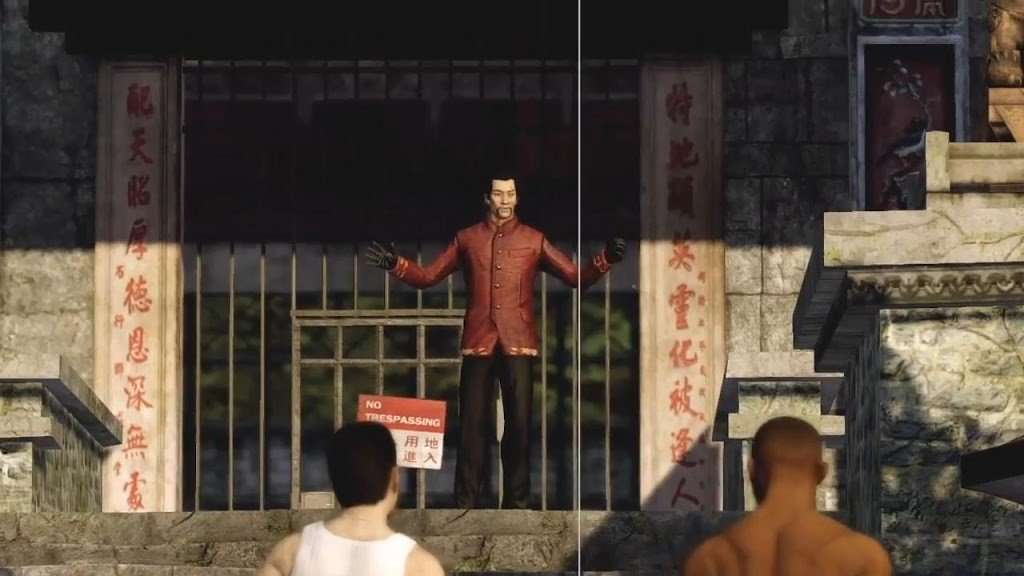 Difficulty: Medium – I found the game to be somewhat easier than I expected. Most of the main scenario was completed on my first or second attempt. Several of the races were quite difficult. I’ve read online that several people find the later part of the game to be quite a challenge. So maybe I just got lucky, but compared to many of the old school NES games I’ve tackled over the years, this game was a walk in the park.

Story: The game features an amazing story. It’s like watching a good Asian cop movie, but one that you can actually interact with. I loved it and I can’t wait for the new DLC to see what comes next.

Originality: It’s my understanding that a lot of what’s found in this game has been done before. Games like Grand Theft Auto and Yakuza have covered this ground in the past. Despite that, I find Sleeping Dogs to be quite unique and refreshing. Players who have experienced similar titles may not find very many new concepts here, but there’s enough new spice added to the formula to really make this game stand out.

Soundtrack: The soundtrack to the game is quite a gem. For the most part, music in the game is restricted the radio you hear when driving or entering dance clubs and participating in the karaoke video game. All the musical selections are appropriate for the setting, and there’s some really good tunes to be found on the radio. My favorite stations in game were H-Klub and Softly radio.

Fun: I thoroughly enjoyed the game. It never got old. Even after completing the main story, I found myself firing up the game to complete some races, or search for lockboxes. The game really stirred that sense of nostalgia from my time living in Asia.

Graphics: Excellent graphics. Even though I played on the PC with the High-Rez textures, I’ve seen both video and screenshots from the console ports and the game is beautiful all the way around. The game played smooth at 1680×1050 with hi-res and most settings on high.

Playcontrol: I played this game using a standard Xbox 360 controller and the game detected the hardware and adjusted the default controls and in-game tutorial accordingly. At first, the camera controls felt a bit foreign to me, but after about an hour it became second nature. Standard playing is smooth. Sometimes the car races seem to feel a bit loose, but this seems to vary depending on vehicle, so I think this is by design.

Value: At the time of this writing Sleeping Dogs is a top-dollar game. The game itself is certainly worth the price, but some of the DLC seems inflated and a little overpriced.

Overall score (1-100): 85 – Top notch game. I was pleasantly surprised by this game and I’ve decided as a result to spend some more time with modern games in the near future. This game was such a good experience that I’m also rethinking my preference for console gaming. This title proved how good of a time I have with a non-mmo game on my PC. Sleeping Dogs is a title that recommend to anyone who enjoys a good story and a very interactive environment.