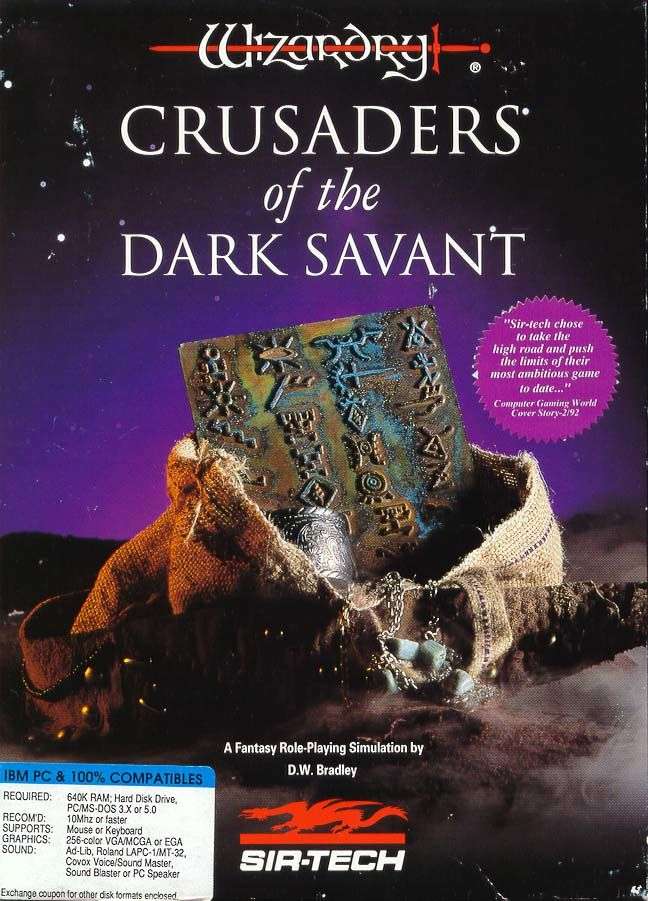 Onward to the seventh title in the original Wizardry series, Crusaders of the Dark Savant. This game is a direct sequel to Bane of the Cosmic Forge. The storyline picks up right where Bane left off and you can import your characters from the previous scenario if you choose.

In this game, our heroes are actually sent to another planet in pursuit of an evil Cosmic Lord known only as The Dark Savant. The Savant and his army have occupied the small planet in hopes of recovering a powerful artifact known as the Astral Dominae. If the heroes wish to stop him, they will have to assimilate themselves with the various races and warring factions of the planet. Only by learning the nuances of this new world, will they have any chance at success. 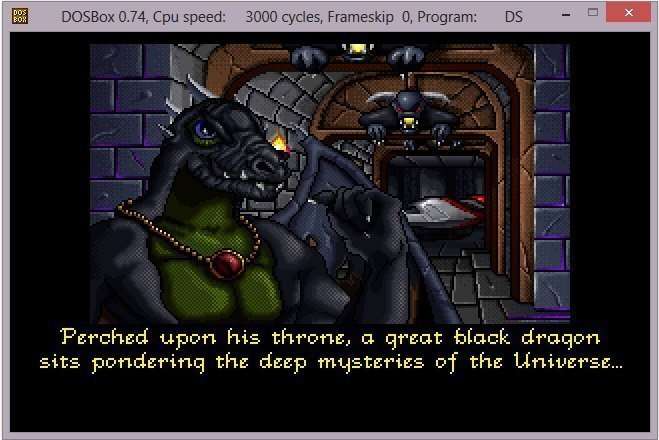 In many respects, this game is similar to Bane of the Cosmic Forge. The most noticeable difference is the upgraded graphics. The art in this game is a step above what was seen in Bane. On top of that, an enhanced version of this game (called Wizardry Gold) was also released for Windows 95, which is even an improvement on the original version in many ways. However, I find Wizardry Gold to be quite a bit glitchy and prone to crashes and compatibility issues. For this reason, I always recommend the original DOS version to anyone looking to step into this game.

Again, much like the previous game, this one is completely mouse driven. The game is controlled via a point and click system and I find the menus and interface are much improved over Bane of the Cosmic Forge. This game gets it right in terms of playcontrol.

This time around, the claustrophobic atmosphere of the maze is gone. Dark Savant features a variety of locales for players to explore. From forests, to cities, there’s plenty of open world feel in this title. This is somewhat of a new concept for the Wizardry series, but one that is very well implemented here.

Players who enjoyed Bane of the Cosmic Forge are likely to enjoy this title as well. But it is difficult to recommend this one as a standalone RPG. This is a game that’s best experienced alongside its prequel. 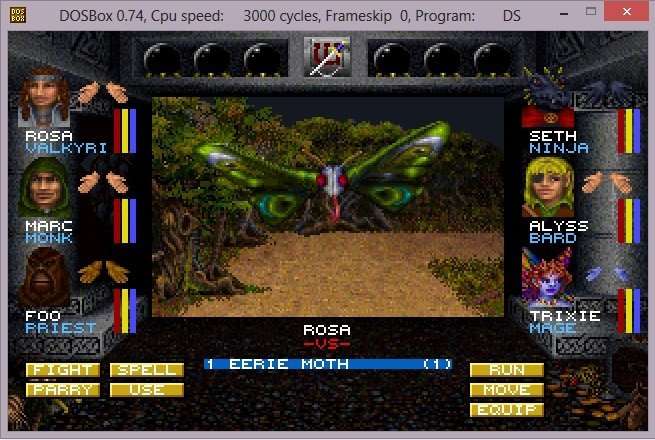 Difficulty: Medium – Again we have a game that is appealing to both legacy players and the more casual audience. Progress within the game can be saved and loaded at will. Which makes it easy to “ignore” bad choices and party wipes.

Story: Once again we are given a game with a very in depth storyline. Information is not spoonfed to the player like in many modern games. Instead it must be sought after and uncovered as the player progresses through the scenario.

Originality: When you have a series as popular as Wizardry, it’s often difficult to make too many changes to the formula without upsetting your core fanbase. Sir-Tech always had a way of making small tweaks and improvements to their games that kept things fresh and exciting without tinkering too much with the things under the hood. This game is a great example of that.

Soundtrack: The game has no musical soundtrack but features sound effects for PCs equipped with a SoundBlaster compatible soundcard.

Fun: This game was another favorite of mine as a young teen. Many late nights were spent exploring the world of Lost Guardia. And even today, as I played through the game for this review, I found myself enjoying the game just as much as I did then.

Graphics: By today’s standards, the graphics leave a lot to be desired. However, they were pretty top-of-the-line in the day and age the game made it’s debut. As stated earlier, the Wizardry Gold version of this title provides even sharper graphics than the original DOS based version of the game.

Playcontrol:  Here we have a game that is controlled completely by the mouse. The interface and navigation is an improvement over the previous game. Modern gamers may need to take a minute to get the hang of things though.

Overall score (1-100): 90 – Another example of classic RPG gaming at it’s best. Games like this may be a thing of the past, but they are certainly treasures worth cherishing.