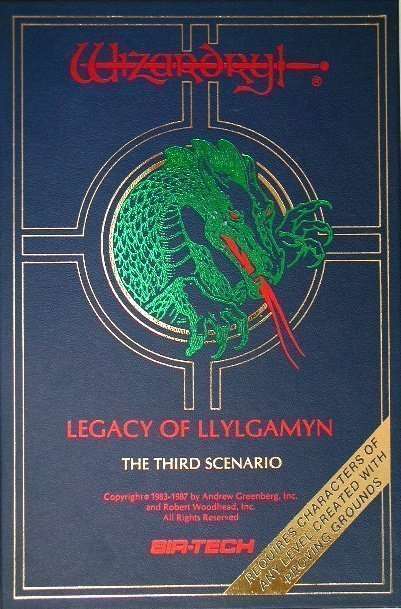 As I continue my trip down memory lane, I am brought to one of the most underrated entries in the series, Wizardry III. In most respects, this game is very much like the first two. Same engine, same concept. And just like Wizardry II, you are required to import your characters from one of the previous scenarios. However, unlike last time, your characters are reset back to level 1. The explanation for this is tied into the game’s lore. In this chapter, you are playing a party composed of the ancestors of your previous characters. Thru a ritual at the beginning of the game, they inherit the traits of their forefathers and take their names. They start out fresh as a result.

That’s right, this game takes place many generations after the events of its predecessors. For many years peace has reigned over the kingdom. But now, the world is rife with turmoil and natural disaster. Earthquakes and strange astronomical events have spooked the population. A call is sent for those descended from the legendary heroes to seek out a legendary scrying device, The Orb of Earithin, in hopes to quell the disturbance. The Orb is known to be kept by a great serpent living high above the kingdom at the peak of a great mountain 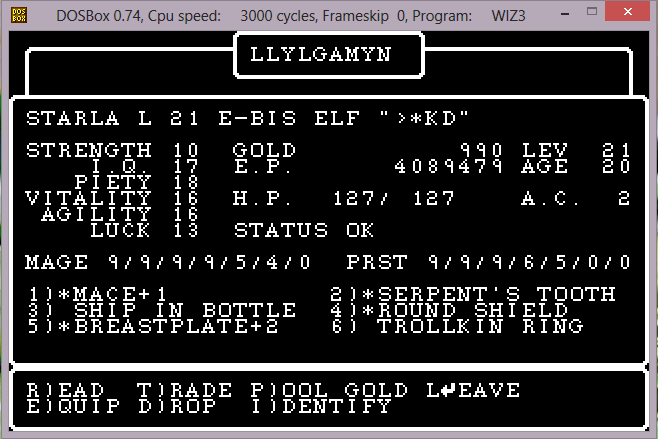 Many of the same game mechanics from the previous scenarios exist here. However, unlike the other games, certain levels of the maze are restricted to characters of a particular alignment. At first, this seems like a pretty brutal mechanic. But in reality, this obstacle is easily avoided by simply using the age old trick of either attacking or ignoring friendly monsters to change the alignment of your characters. By switching your party from Good to Evil (or vice versa), it’s simple to tackle the entire dungeon with one group.

Aside from the alignment-specific restrictions, this entry in the series also relies a bit more on puzzles and other interactions in order to successfully complete the game. Other than that, there’s really nothing new. This is very much a title created for existing fans of the series. Which worked out just perfectly for me. 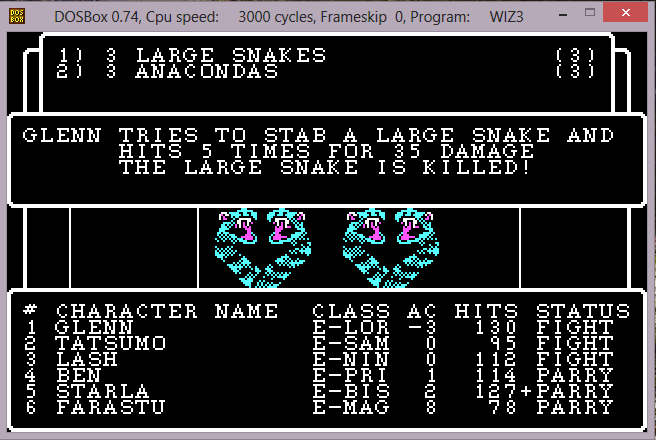 Difficulty: Hard – Like it’s predecessors, this game is not easy. The challenges in this title are a bit different in design, however. This time there’s a bit more focus on puzzle solving rather than just hack and slash.

Story: The storyline here is a bit weaker than the scenario presented in Wizardry II, but still interesting enough to pull the game along.

Fun: This game really only appeals to fans of the original games. The first title really carved its own niche at the time, and like Wizardry II, those who enjoy Wizardry for what it is will not be disappointed.

Graphics: The PC version graphics were pretty bad. Compared to the Macintosh and Apple versions of the game, the PC makes out the worst. That being said, there’s really not much that could be done at the time. This game was released during a time when PC gaming was in it’s infancy.

Overall score (1-100): 75 – While this game is just as much a classic at the other two, it is my least favorite of the original trilogy. The formula is beginning to grow stale a bit, and the lack of any real new innovation prevents this title from being attractive to anyone outside of the core audience.