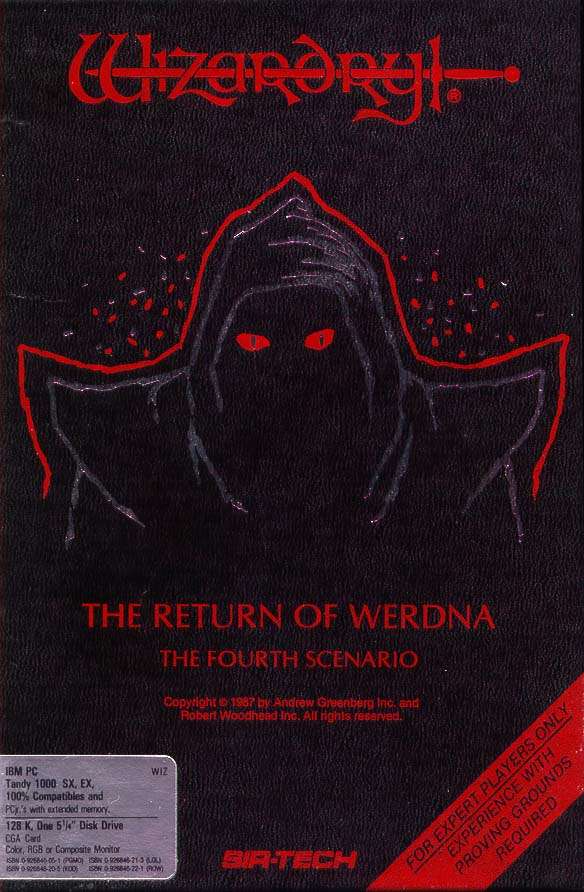 Here we have what is probably the most obscure game in the Wizardry series, The Return of Werdna. Unlike the previous games, in this title you play as the evil wizard Werdna, the villain of Wizardry I.

This game has the reputation of being one of the most challenging computer games of all time. Players expecting to have any chance at all in beating the game will find that knowledge of the original Wizardry title is an absolute requirement. Many players who are unfamiliar with the series find themselves unable to even figure out how to leave the starting room.

This game begins with Werdna imprisoned at the bottom of the labyrinth and he must climb his way to the top where he will enter town and seek his revenge. Since only Werdna is a playable character in this game, the player must use pentagrams that can be found scattered throughout the maze to summon monsters for aid. The pentagrams also serve the purpose of restoring Werdna’s powers, thus effectively “leveling up” the character. Knowledge of the series’ monsters and their abilities is a must. 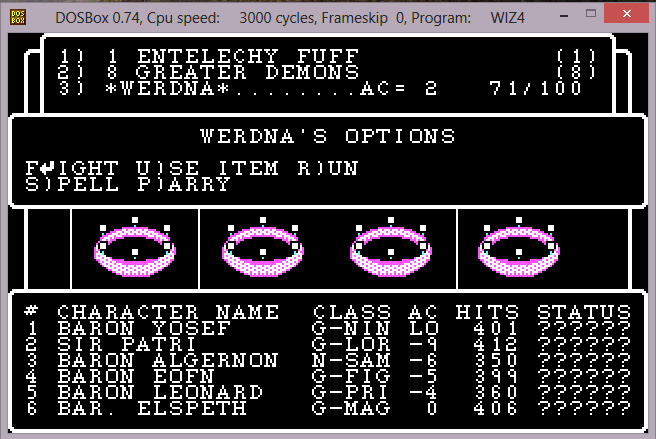 Completing the game and discovering its true ending really requires some out-of-the-box thinking. Today, it’s quite simple to look up a complete walk-through online. (I had even written one myself many years ago, and it can still be found floating around out there in the ether). However, at the time the game was released, it was not uncommon to hear of various computer clubs across the country teaming up to try to solve the riddles in the game.

I didn’t get to experience this game when it was first released and my first time playing it was with the release of the Ultimate Wizardry Archives collection. I consider myself to be a Master Wizardry player, but even I had to consult with others online when trying to figure out how to achieve the true ending on the game.

This game is tough one to recommend to anyone other than the most hardcore grid-based RPG fans. But the satisfaction I received from beating it was well worth the struggle. 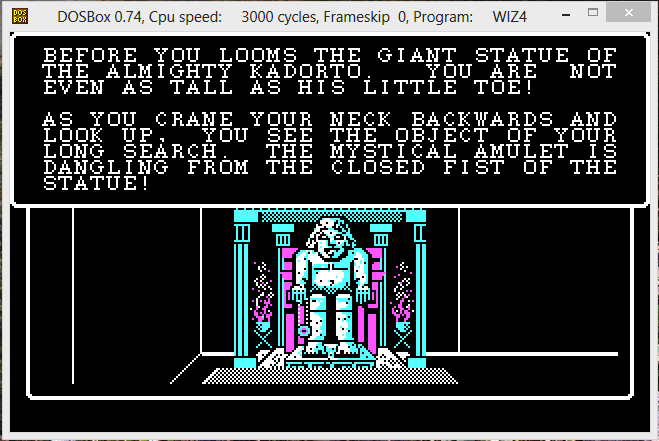 Difficulty: Extreme – This game really takes the challenge to a new level. It’s important to remember that this was very idea the developers had in mind. The goal was to create a game as difficult as possible without being completely unfair. As I stated earlier, advanced knowledge of the series is a must have if you wish to conquer this game without cheating.

Story: The concept of playing as Werdna is a very interesting twist. I found it to be refreshing, yet also a nice throw back to series origins. You ultimately get to do battle with many of the “sample heroes” seen in the original instruction manual. As wells as characters actually created by players. (A contest was held where the developers asked players to send in their completed scenario disks for Wizardry 1. The data was then imported into the game and their characters were added as adversaries. – How cool is that?!)

Originality: Despite being another basic maze crawler, there’s a lot of new things in this title. The play-as-a-villain concept was something unheard of before this game. The monster summoning and upward progression was a first for the series.

Fun: Despite is high level of difficulty, I always have a lot of fun when playing this game. It reminds me very much of the original scenario, and that’s always a good thing.

Graphics: The graphics are a small step up from the first three titles, but are still nothing worthy of mention.

Overall score (1-100): 70 – While I personally love this game, it’s very difficult to recommend it to anyone but a serious fan of the series. The extremely high level of difficulty and need to manually map the game will cause frustration from all but most battle-hardened maze dwellers.