So after that long trip down the Wizardry memory lane, I’m going to spend a few moments to share my thoughts on the first major Wizardry release in the US since Wizardry 8. Of course, I’m talking about Sony Online Entertainment’s latest Free-to-Play MMO, Wizardry Online.

Before I start, I want to make something clear. This post is more of a discussion than a review. I find it very difficult to review MMOs in a traditional sense since the gameplay is always changing. Plus, any game that is so dependent on Online participation is bound to provide different experiences for different players.

If you are a frequent reader to the blog, you may know how excited I was for this game. When I first heard that Japan had an online version of Wizardry I was extremely jazzed at the prospects of a western version. I scoured the net for any news I could find. So passionate about Wizardry, was I, that when it was announced that SOE would be publishing a version of the game in English I rushed out and founded the Gilgamesh’s Tavern podcast. The show ran from June-November 2012. However, upon participating in the closed and open beta tests of the game, I became so disappointed with what I had seen that it killed my spirit regarding the game and I retired the podcast.

Despite my initial disappointment, I decided to give the game another honest chance upon release. I found that while a few of my initial gripes and complaints had been addressed, the game still left me a bit disappointed. 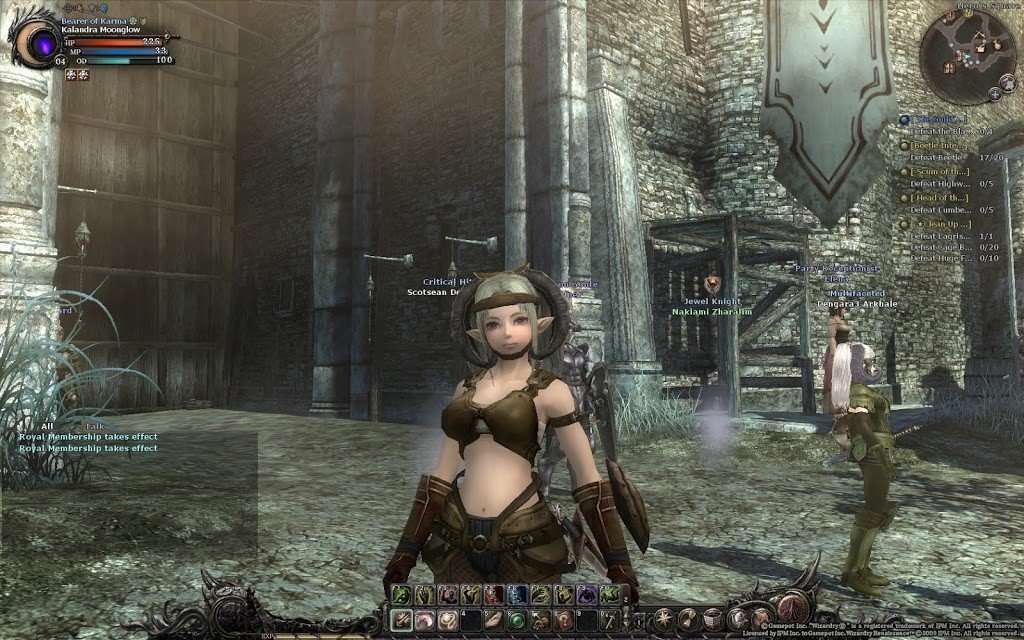 Sony advertised Wizardry Online as being a triumphant return to the old days of RPG gaming. They tout the game as being for hardcore players only. They point to things such as always-on PVP, permadeath, and player corpse looting as examples. I found this claim to be a bit misleading. While all of these things are certainly possible, most of them don’t actually take effect until much later in the game. In Wizardry Online, when your character dies, you actually do have a chance to resurrect. This chance goes down the older and more powerful your character is. If you happen to fail a resurrection attempt, your character is reduced to ash. If you botch the resurrection of an ashed character… Well, it’s bye bye. It’s important to point out, that you can increase your chances of resurrection by sacrificing items. Interestingly enough, the items that tend to increase this chance the most are items bought with real money in-game store. AKA: The Royal Shop.

Yes, this game features a cash shop. Which in itself is not really an unusual option for free-to-play games these days. However, for a game like Wizardry Online, which features the chance that you might lose your character forever, it certainly changes things. Whenever a cash shop is involved, I prefer to see it filled with things like vanity items, mounts, costumes, etc. While the Royal Shop does feature some costume items, it also features items of advantage. One of the more popular things for sale are medals that protect your items from being looted off your corpse by other players. This is something that I tend to disagree with. An optional subscription is also available that bestows the player with experience perks and beneficial items. 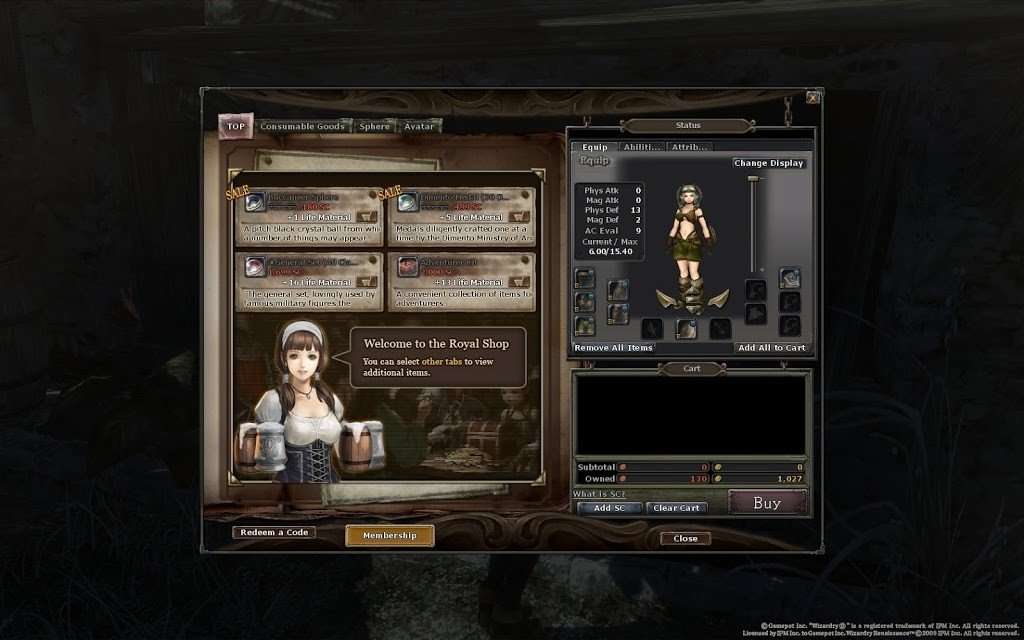 Pay-to-win controversy aside, I find the game itself to leave a lot to be desired. In a lot of ways Wizardry Online seems like a Wizardry game in name only. The combat system in the game is action based, and as a result success can be somewhat dependent on server stability. At the time of this writing, the game has been open to the public for a little over two weeks. And even today, server lag and stability is a major issue. Upon release, the game suffered from overcrowding and SOE’s servers buckled under the weight. It reminded me a lot of the problems Diablo III experienced upon release. Once the connection issues were resolved, the game suffered from massive server lag. Rubberbanding has also been a major issue. As a result, many North American players have resigned themselves to migrating to the less populated European servers to avoid crowding. 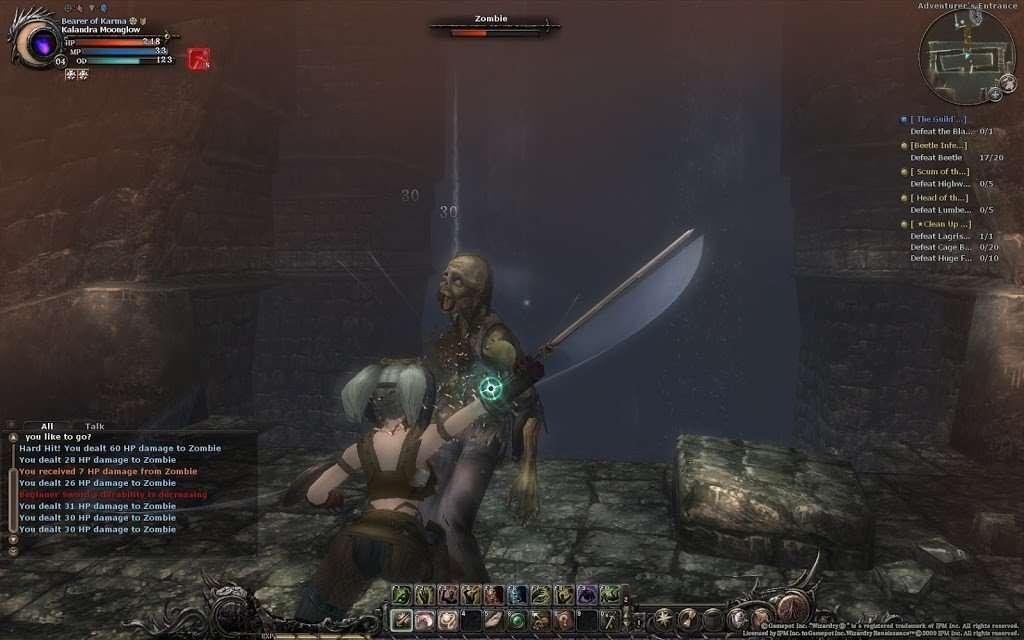 Whereas cash purchases and twitch combat certainly don’t feel very “Wizardry-like”, there are a few nice throwbacks to be found in the game. The game features the standard core races and classes of the original Wizardry series. (For trademark reasons, Hobbits have been renamed to Porkuls.) An upcoming expansion in Japan will expand on this a bit and will add several of the advanced classes as well.

Character creation will be very familiar to legacy Wizardry players. It features a point assignment system that is complete with a randomly generated bonus roll. I found this to be a nice touch.

For me, the highlight of the game is its atmosphere. The dungeons have a feel and ambiance that are exactly what I hoped for. Things are dark and mysterious. The sounds are creepy and appropriate. The feel and mood are certainly a part of the game that the developers got right.

It’s important to note that success in this game is very dependent on playing with others. It is nearly impossible to solo through this game, especially in later dungeons. Of course, with the game being what it is, one must have companions they can trust. Teaming up with a stranger could result in an ambush. I fear this will be something that will turn many prospective players off. Wizardry Online is so radically different from other MMOs out there that many players will find their friends are simply uninterested.

I’m afraid that I do not see myself spending very many more hours with this title. For everything that it does right, it is overshadowed by everything it fails at. It is my predication that the game will end up with a small but very dedicated following. I only hope that it is profitable enough that the game remains up and running for years to come.

I really wanted to like this game and I tried my best to approach it with an open mind. I can honestly claim that my disappointment with the title is not due to its deviation from its original Wizardry roots, but rather I just feel like it’s a subpar game. There’s a lot of potential here. But I worry that it’s going to go unrealized. I think the biggest thing that’s going to hurt the game here in the west is it’s publisher. SOE has a notorious reputation for being a money-hungry company that takes a good game and drives it into the ground. So far their ignorant attitude towards server issues and customer complaints seem to validate these fears. Time will tell. I fear that the glory days of Wizardry may be behind us. 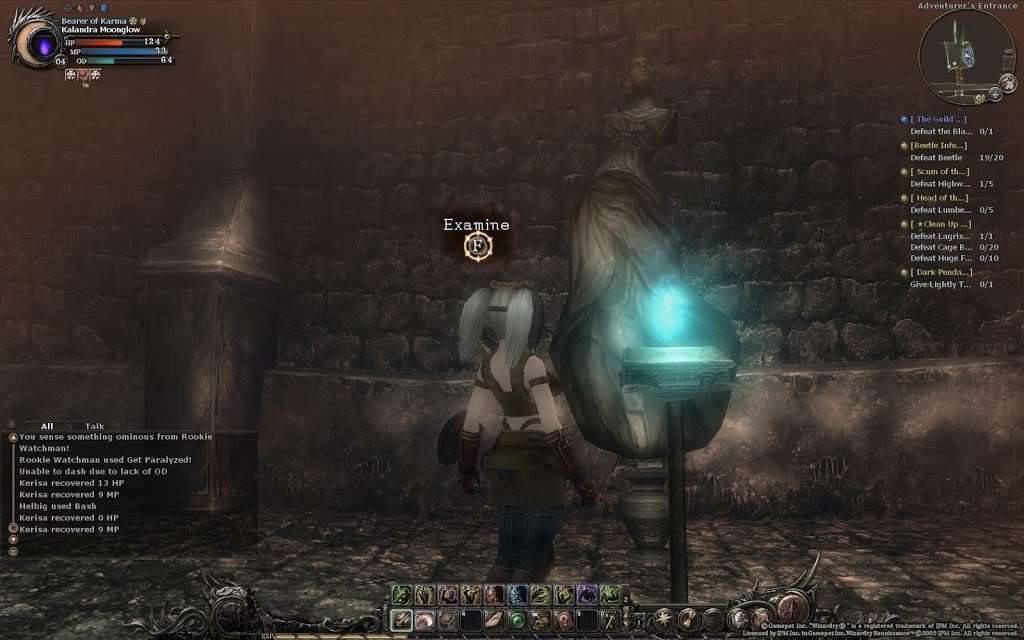 Currently Available for PC: —-  UPDATE:  SOE HAS DISCONTINUED THIS TITLE