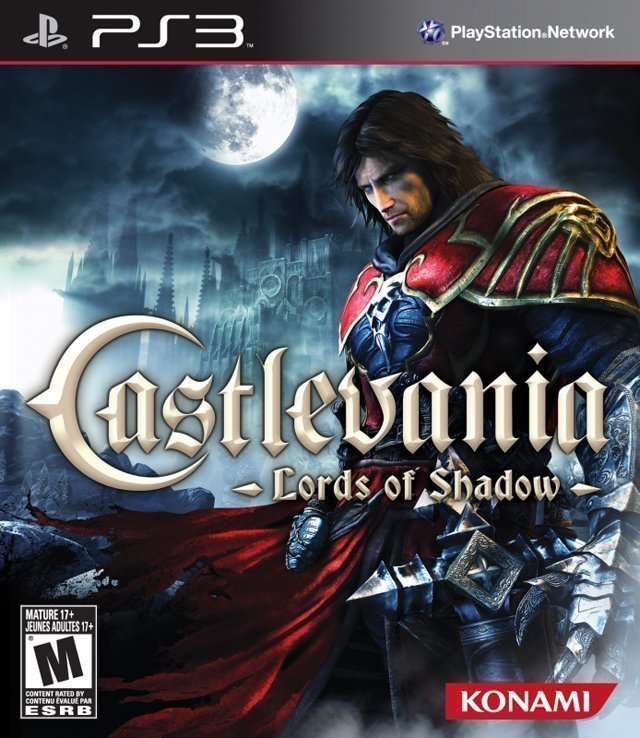 A while back, I played through all the canonical Castlevania games and offered my personal reviews. All of the games I have discussed thus far were part of the original Castlevania series. Now, Konami has rebooted the Castlevania universe and offered us a new game by the name of: Castlevania – Lords of Shadow.

Forget everything you think you know about Castlevania. Forget about Simon, forget about Trevor, and even put aside any ideas you may have about Dracula. This game is a total re-imagining of the story. In this title, our hero is Gabriel Belmont. He is a holy knight of sorts who is tormented by the mysterious death of his beloved. His quest is to seek out the fragments of a powerful mask, in hopes that he will be given the power to bring his wife back from the dead. As he progresses in his journey he learns about the secret origins of his order, and faces his own inner demons…

It’s difficult to say much more about this game’s story without spoiling the ending. But let’s just say Gabriel’s ultimate fate will either be a shock or you will see it coming from miles away. No matter what, it sets up a slew of sequels for years to come. 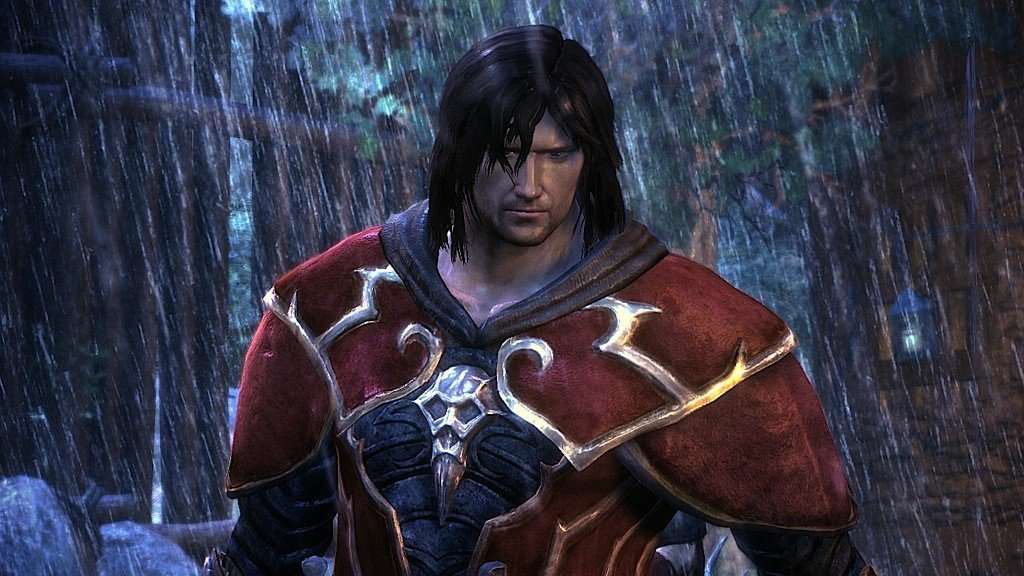 If we’re comparing LoS to the older, pre-reboot games. I would say it most closely favors games like Curse of Darkness and Lament of Innocence. It’s a fixed camera, 3D-style game but I found it to be much more intuitive to control than those older games. LoS certainly has a modern polish to it. In fact, if you’re familiar with many modern 3D games, you can compare it to titles like God of War and Dante’s Inferno. Many of the same mechanics apply. Combat is heavily reliant on both speed and skill, as well as the memorization of button combos to execute special moves. Many of these abilities are unlocked with experience points that are earned during the course of the game. Aside from physical attacks, Gabriel will also learn how to wield both light and dark magic. Certain abilities can be combined with these magics to create new effects and enhancements. Again, like many other modern action games, most boss battles in LoS ultimately involve an interactive cutscene event that require either fast button mashing or gracefully pressing the attack button in sync with an on-screen meter in order to achieve victory. 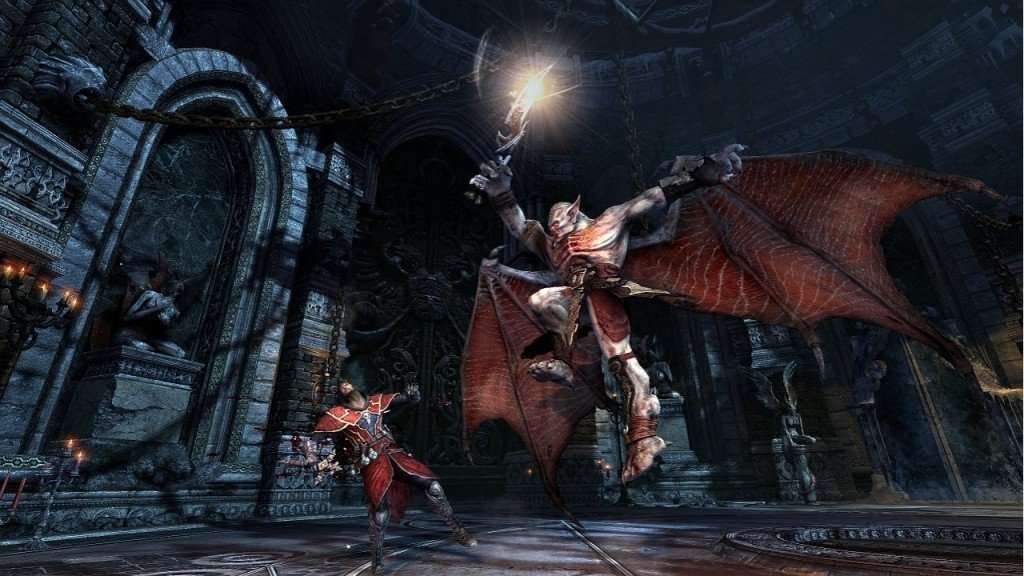 Fighting aside, the game also focuses heavily on puzzle solving. Most levels include one or more brain-teaser style puzzles. This adds an interesting dynamic not really seen in the series before, but one that I found to be a bit enjoyable. At first, I was a bit put off at the radical departure LoS was from the rest of series. This goes for both gameplay and overall feel. To me, the first half of the game felt less like a Castlevania title and more like a cross between Tomb Raider and Indiana Jones. However, as you progress into the mid-way point and beyond, many familiar faces and themes make an appearance. The seasoned Castlevania fan will notice several Easter-egg like references to older characters and places. Although many of these are radically re-imagined. 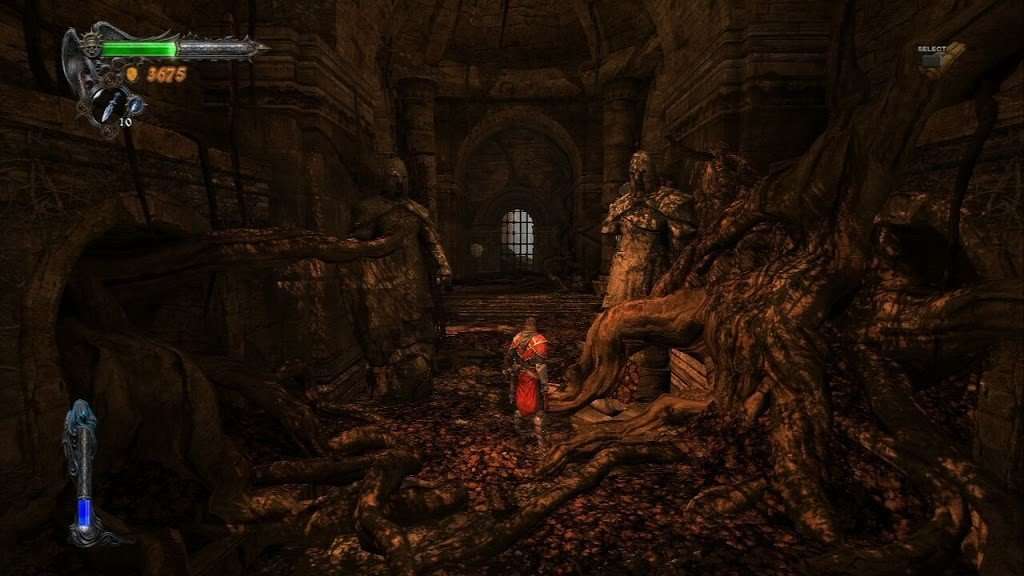 I found this game to be packed with content from the get go. However, it is worth noting that there are two additional downloadable chapters available for about $10 apiece that pick up where the end of the game leaves off. The DLC levels are considerably more challenging than most of the base game and the ultimate boss included in the “Resurrection” chapter is quite a beast indeed. Overall, I’m not sure if most players will find the value of both chapters worth a total of $20. I think a price of $10 for both is a little more appropriate for what you get.

I have to admit that even though I was not initially impressed with the game at first play, once I got into the meat of it, I became hooked. I have already ordered the upcoming semi-sequel Mirror of Fate and look forward to Lords of Shadow II in the near future.

Fans of the 3D Castlevania titles are likely to enjoy this one. But those really old school platformer fans might find this game to be a tough pill to swallow. 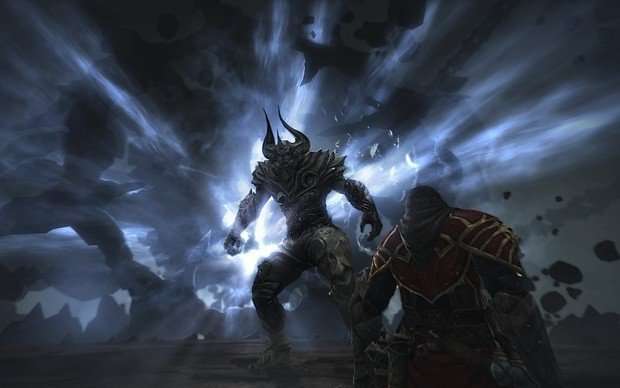 Difficulty: Adaptable- This game features a number of difficulty settings ranging from easy to insanely difficult. Overall, the different options are appropriately named.

Story: The storyline is very well done. However, some fans of the old series will be a bit bitter over the liberal rewrite the Castlevania universe has been given here. If you’re the type of person that can look past the radical changes and embrace the reboot concept, the lore and story presented is amazing.

Originality: To me, the game was something new. However, I realize that LoS borrows liberally from many other similar titles. I mentioned God of War and Dante’s Inferno in the main review… If you’ve played those, you know exactly what to expect with this title.

Soundtrack: While not exactly very listenable on its own, the game soundtrack is very well done and very fitting for the game itself. No real stand-out tracks, but it certainly compliments the game sets the mood appropriately.

Fun: Once I was able to wrap my mind around the way the game works and functions, I found myself having a good time. Players that like these type of games will be right at home here.

Graphics: Excellent graphics. Regardless if you are playing on an Xbox 360 or a PS3, the graphics are top notch and the game look absolutely stunning.

Playcontrol: For me, it took a while to get used to. The number of buttons and options and combos seemed overwhelming at first, but after the first few levels, things tend to start clicking in to place.  I suppose it may take some players longer than other to get the hang of things. But overall, well done.

Value: Being a new game, you’re going to pay full price – which is fair for the amount of content you get. The additional DLC chapters sell for around $10 each, meaning for the whole package you’ll end up paying close to $70 – that’s a little steep.

Overall score (1-100): 85 – While not perfect, I found it to be a pretty solid title.  The lack of original design hurts a bit, but honestly, it does not take away from the fun experience that is the game. Konami got way more right with this title than they got wrong.