Somewhere between the glory days of the NES and the introduction of the SNES, Nintendo brought us the now legendary Game Boy. I was living in Japan when this little brick of happiness was released and I remember being in complete awe of it. It was not the most attractive device. A grey hunky of textured plastic with a puke-green screen that somehow formed grey/black pixels into graphics. But it played games. Damn good ones too.

Back then, the Game Boy came with a free copy of Tetris, the now-classic puzzle game with a soundtrack and proved that even beeps and bloops could be catchy and infectious to anyone within earshot. 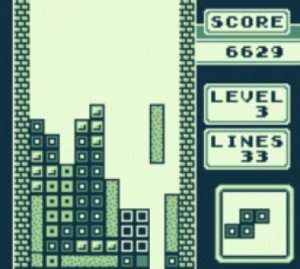 As if an addictive puzzle game was not enough, it came with multiplayer capabilities. Yes, you would link two Game Boys together with a cable and ram bricks on to your best friend’s screen at the worse possible moment. It was amazing and the beginning of a whole new era for gamers.

As the system matured, so did the games. Eventually, many of these early portable titles even rivaled classic home console games in complexity and fun. Over the next few weeks, I’ll be taking a look back at the Game Boy titles that I loved as a kid, and even checking out a few of those that I may have missed the first time around. Previously, I touched on two of the Castlevania titles when I had my Castlevania playthrough back in the fall, so if you’re curious about my thoughts on those, please feel free to look back and enjoy.