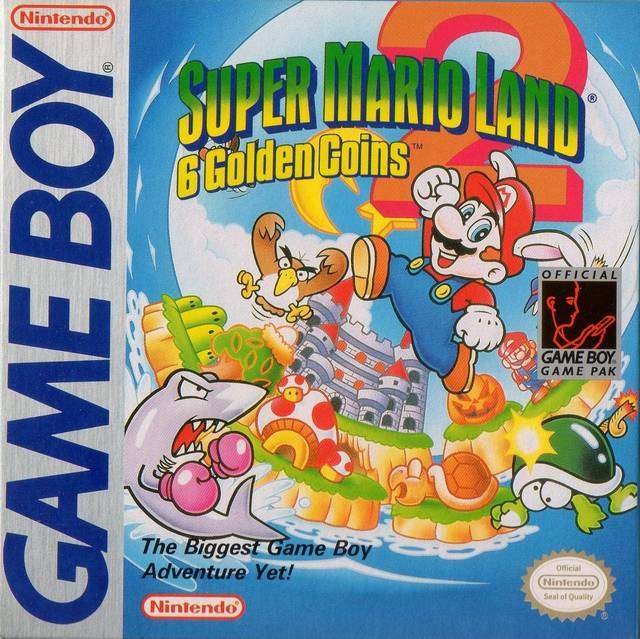 Moving right along with the Mario series, we switch back to the Game Boy for Super Mario Land 2 – 6 Golden Coins. While, many of us enjoyed Super Mario Land for what it was, there was a lot about it that just didn’t feel very “Mario-ish”. Thankfully, this was corrected in the sequel.

Here, we have a game that is all-around more familiar. We have the overworld map, which has now become a staple of the series. And much cleaner and more defined artwork. This game is also famous for introducing the now famous villain, Wario.

This time, we have a Mario game with a new background story! That’s right, forget about Bowser, forget about the Princess. Now, Mario must fight to retake his castle from the evil Wario (who took it upon himself to move in while Mario out was fooling around in the strange world of SML 1). In order to retake his home, Mario must travel around and gather six special coins. Once all six are collected, he can challenge Wario. 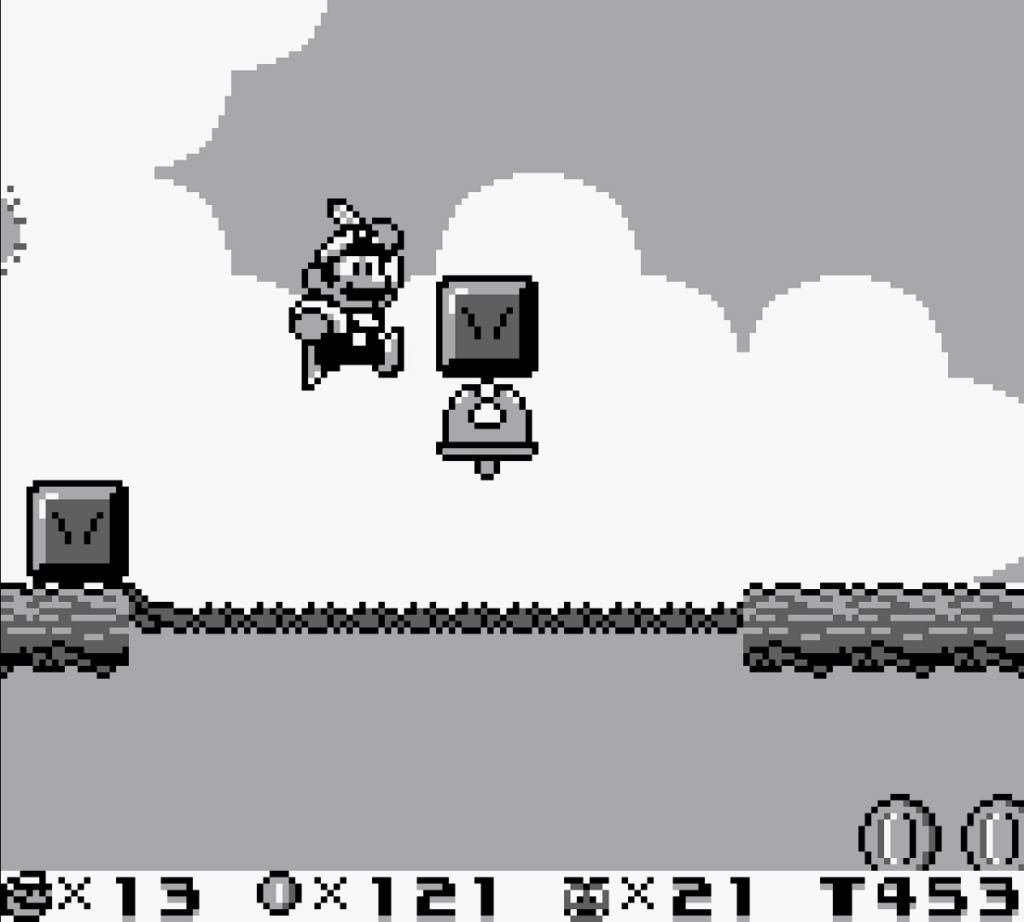 While many aspects of the game are familiar. There’s still plenty of surprises in the title. We get to see some new and unusual power-ups for Mario. (Bunny Mario for example.) As well as some interesting level designs. Some of stranger aspects of the previous Mario Land game are also inserted into this title. Which, in my opinion, helps to legitimize them.

The level design in this game is pretty radical and interesting. We see Mario exploring interesting places like outer space, or the inside of a giant tree. The enemies that he faces often fit the theme of the level. Pretty unique stuff for the Mario series. And, despite the limited graphical capabilities of the Game Boy, these unique environments look pretty great in this game! 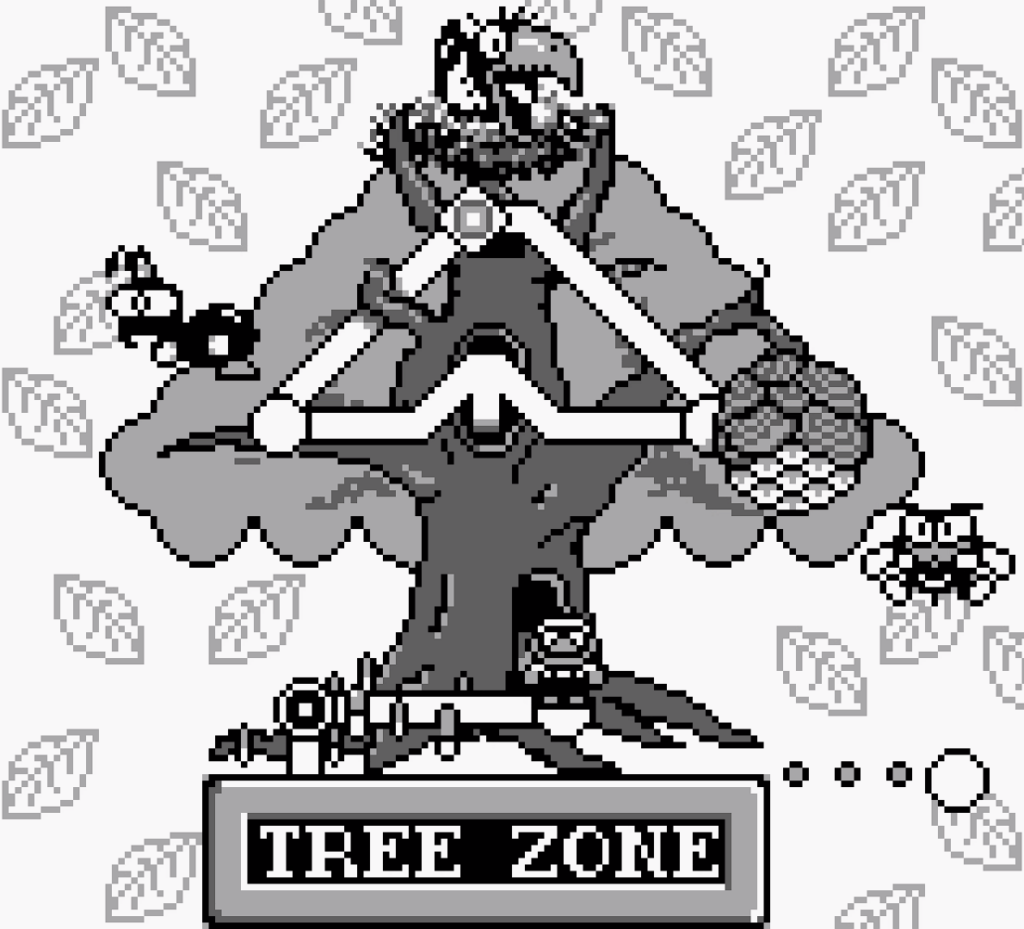 Some of the levels, while imaginative, did get a little old after a while. On more than one occasion, by the time I had completed a world, I was more than ready to move on. But other than this gripe, I found very little to complain about with this title.

With Super Mario Land 2, Nintendo delivers a solid handheld Mario experience. I personally enjoyed the original Super Mario Land a lot, but in many ways, this is the game it really should have been. 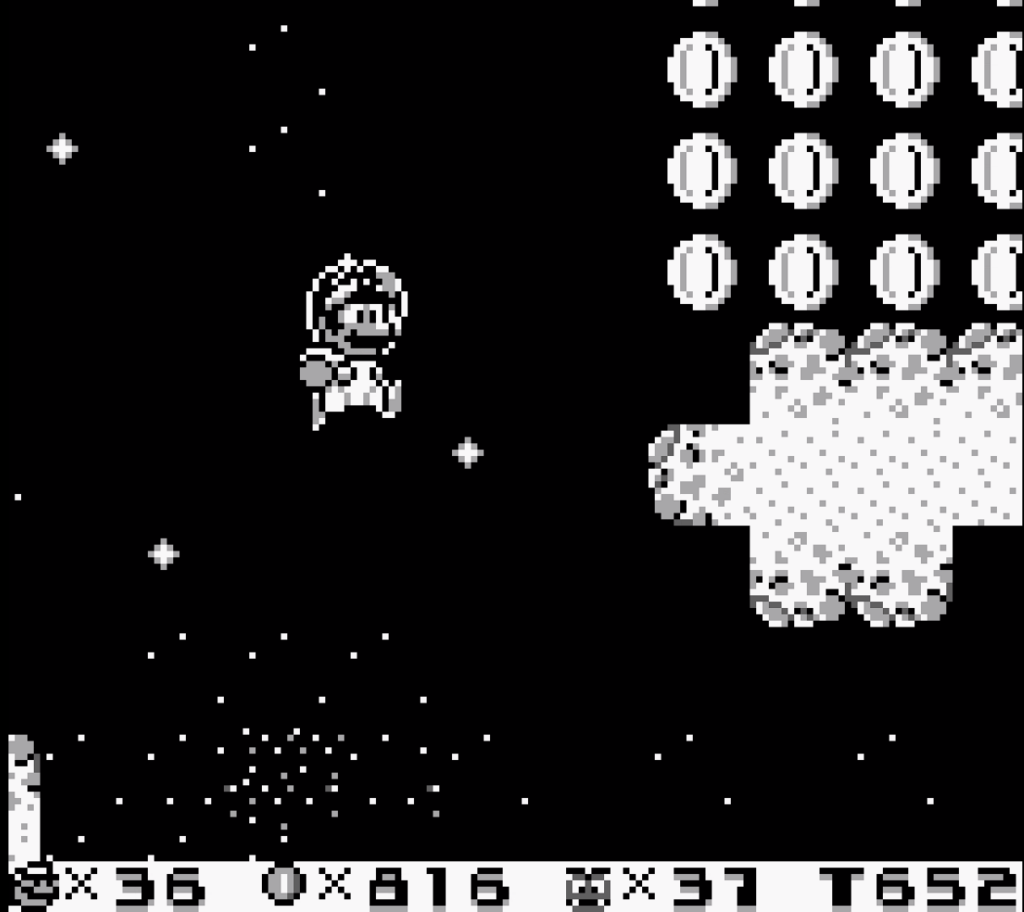 Difficulty: Medium – I found the game to be easy to fairly moderate in difficulty. I feel that it’s pretty kid-friendly compared to many other platformers of the era.

Story: For once we have new premise to a Mario game. This is both surprising and refreshing.

Originality: While keeping true to the classic Mario formula, there are some nice surprises thrown in to the title as well. Three cheers for Wario!

Soundtrack: This is one of the weaker aspects of the game to me. I’m not sure how most other players feel, but the game seems to be lacking in the music department. The tunes are odd and not very memorable.

Fun: Overall, there’s a lot of good times to be found here. The hub/level select system allows you to switch things up if you find yourself getting bored with a particular theme. A feature I took advantage of often (I hate the Maple Tree levels).

Graphics: Super Mario Land 2 is a BIG step up from its predecessor.  High marks here. The sprites are larger and more defined. No more squinting!

Playcontrol: Over all, there’s no real issues here. However, I’ve found the playcontrol to be a bit loose at times. Nothing major to complain about, and almost not even worthy of mention. But to me, it’s there.

Overall score (1-100): 80 –  Mario Land 2 is a great game. Is it perfect? No. Is it a step in the right direction? Yes. Despite its few flaws, I feel it is certainly a game every Nintendo fan should have in their collection.