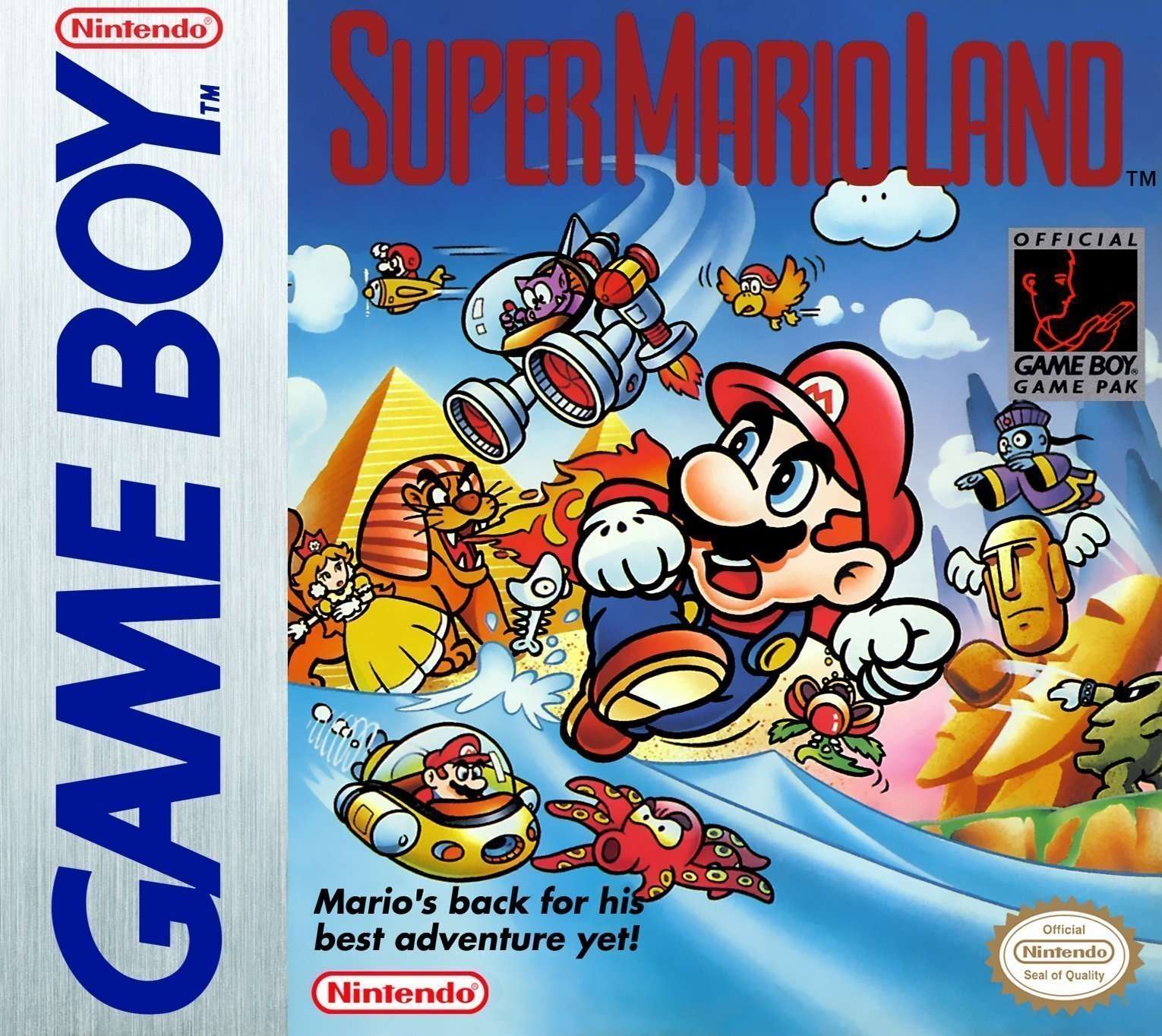 Ahhh first generation Game Boy titles… Game developers had no clue what they were doing. To kick off my Game Boy era reviews, we have Super Mario Land. This was one the launch titles for the Game Boy and the first Mario title on the platform. As far as Mario games go, this one is both familiar but also very unique.

Being a launch title, the graphics are a little obscure at times. It many ways, it doesn’t seem very “Mario” . Yes, there are bricks and pipes, flowers and turtles. But it just feels… different. It might have something to do with all the UFOs and Pyramids included in the game… Who knows what’s going on, but it is fun!

The graphics in this title are really a mixed bag. Some are well done, others are lazy and unimaginative. I chalk it up to a lack of experience developers had with the platform, as many GB launch titles suffered from the same issue. 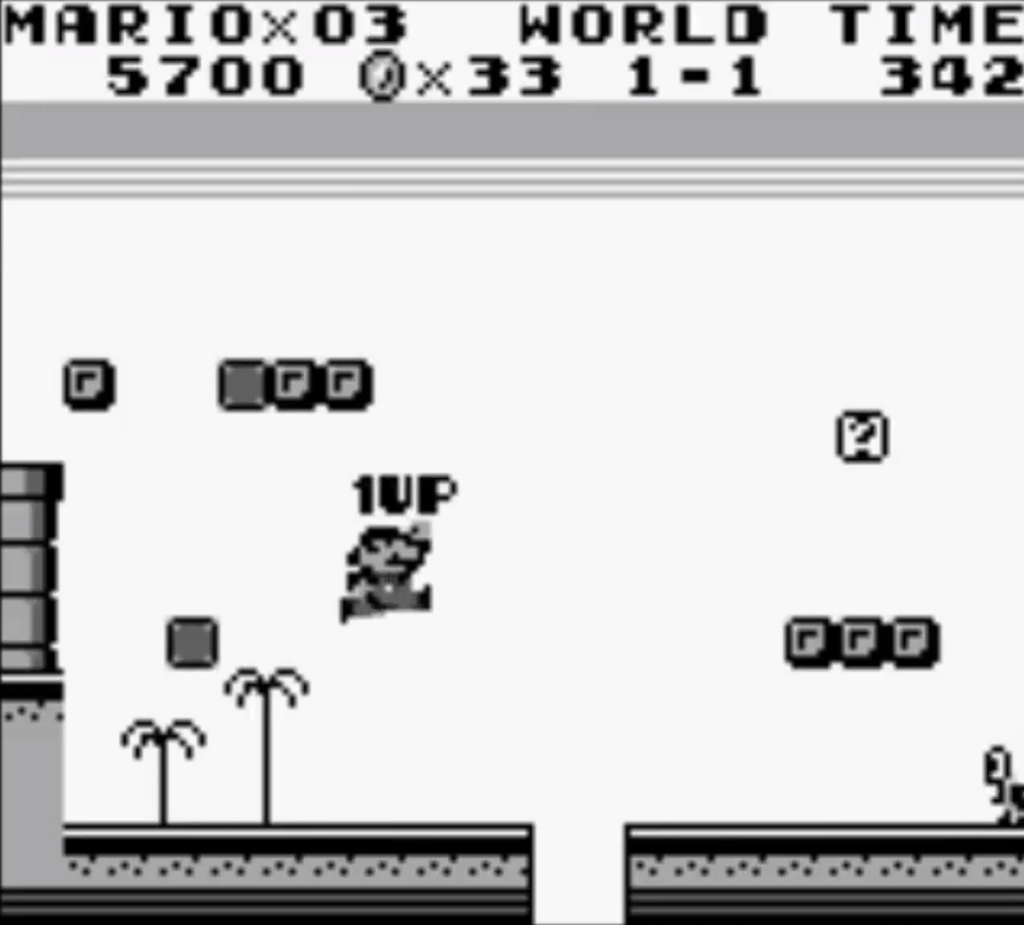 Despite its flaws, Super Mario Land is a short and cute little game. I can play through it in about thirty minutes, start to finish. Perfect for plane rides, or killing time at a boring family reunion (I’ve used it for both in the past.).

The story for the game is about what you would expect from a Mario title. But this time instead of rescuing Princess Peach, Mario is called to rescue a different Princess by the name of Daisy. It’s obvious that there’s not much new in terms of storytelling with this release. But, it is hard to complain too much. I don’t think Nintendo designed this game with the intentions to build a deep narrative. It’s merely a low budget portable title, meant to pass some time with. I think the key here is not to take it too seriously. It is what it is. The music is pretty catchy tho! 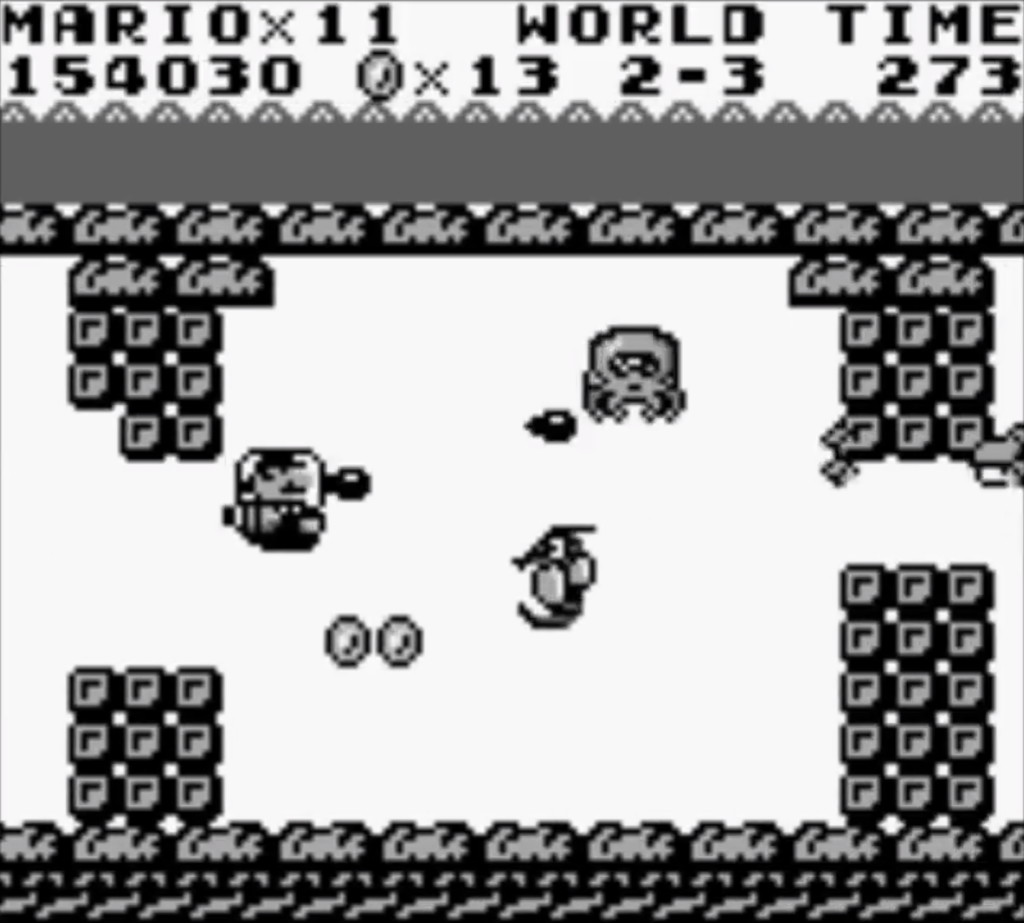 The gameplay will be familiar to anyone who’s played a Mario title in the past. It’s simply been translated to a smaller screen. The controls are precise and the game itself handles surprisingly well.

All in all, this game is a quirky but entertaining entry in the Mario series. Despite its simplicity, it’s actually one of my favorite Mario games. 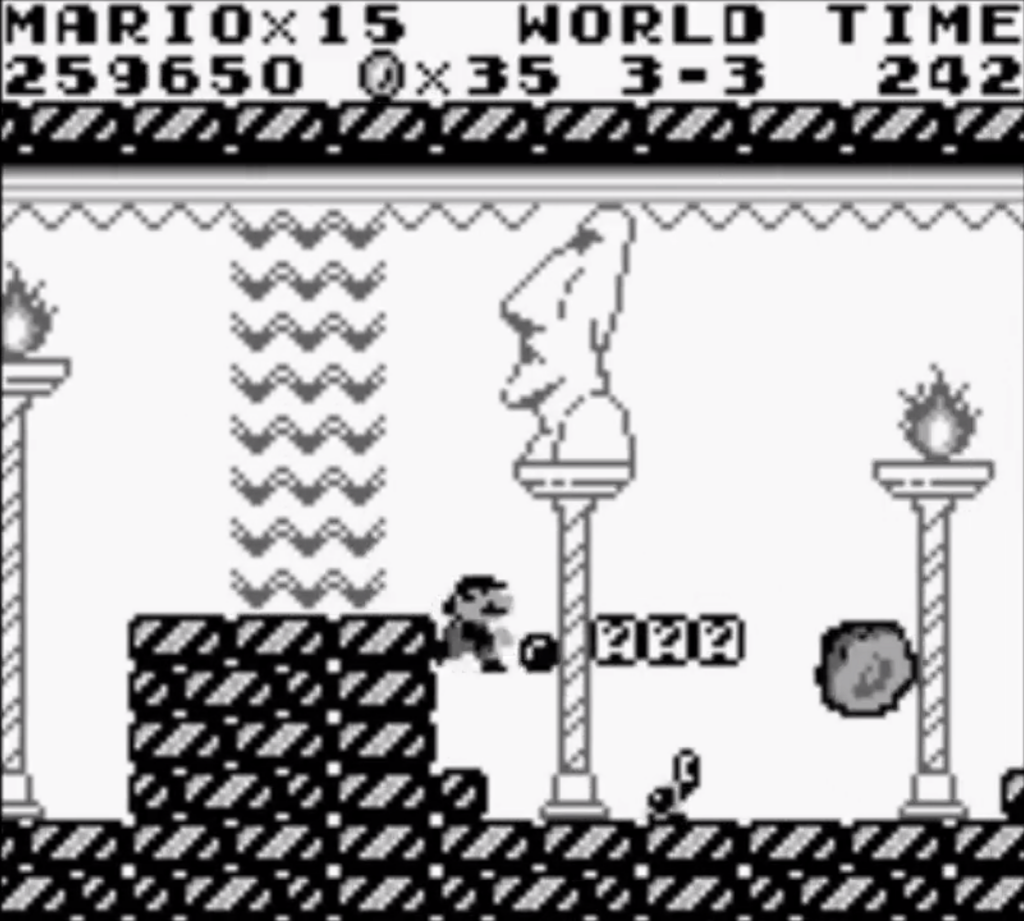 Difficulty: Easy – As Mario titles go, this one is easier than most. Most of the time, I can manage to complete it in one play.

Story: Its Mario. There not much to expect here. But I do have to ask, who is Daisy and where did she come from???

Originality: The basic premise is familiar to most Mario fans. Although there are a few new twists and turns to be found here. The post-level mini games are new, and personally, I’m a big fan of “submarine” and “airplane” Mario.

Soundtrack: Very basic in terms of composition, but incredibly catchy tunes. Mono beeps and boops at their best!

Fun: A lot of people tend to dismiss this game, but I find it to be quite a good time. It’s very basic, true, but that isn’t always a bad thing.

Graphics: As I mentioned, the graphics are pretty basic compared to later Game Boy titles. But, things are clear and well defined. Many of the other Mario Land titles released later are big step up in terms of quality.

Playcontrol: Flawless. I find no complaints. This is true for both the original Game Boy as well as the GBA or 3DS.

Value:  This game is available on the 3DS eShop for only $4.00. It’s worth every penny.

Overall score (1-100): 70 –  This is a really good title and one I would recommend to most collectors. However, it is far from perfect. It’s very short and as I said, not very pretty to look at. But, it is what it is, a simple handheld version of Mario for players on the go.