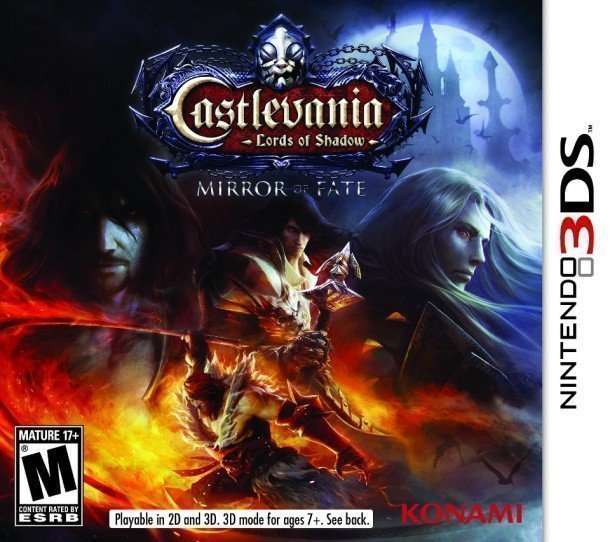 I’m taking a quick break from the retro reviews to provide my impressions of the latest installment to the Castlevania series. With the true sequel to Lords of Shadow out in a couple of months, I figured now was as good a time as any to check out the new supplemental game for the 3DS; Castlevania – Lords of Shadow: Mirror of Fate.

This game is part of the new Castlevania universe and acts a semi sequel to the original LoS. In this installment, several classic Castlevania characters are re-introduced into the timeline, but with new origins. The game is broken up into three distinct chapters, each with a focus on a different character. During the course of the game you will play as Simon Belmont, Alucard, and Trevor Belmont. (Welcome home, fellas).

While it’s nice to see some familiar faces in the new continuity, there are several things that have changed. This time around, both Trevor and Alucard have completely new origin stories. I’m trying not to spoil too much here, but it’s fairly safe to reveal that Trevor is revealed early on in the game to be the son of Gabriel Belmont. Also, this time around, Simon is the son of Trevor (where as he was his grandson in the previous timeline). 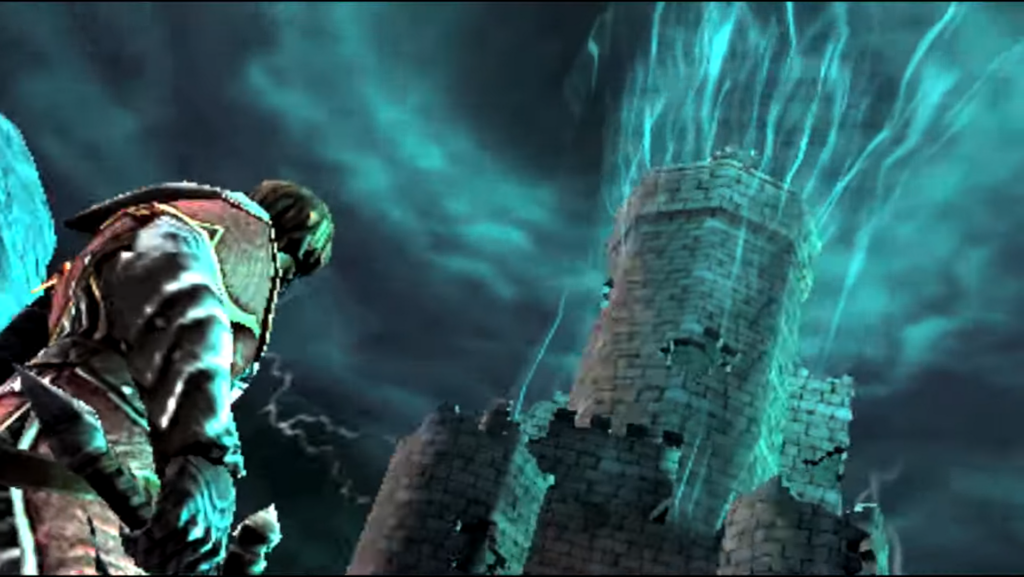 Aside from the reintroduction of many classic characters, this game returns the series to its side-scrolling roots. While it’s not quite what I would call a “castleroid” game, it does have some elements that should satisfy old school fans. Interestingly enough, there’s also many elements of LoS mixed in as well, such as push-button finishers, etc. So there’s a little bit of something for everyone in this release.

Aside from the sidescrolling action, there are also comic/illustrated style cutscenes between the chapters and at various points in the game. This is where to story develops. And I should say, the game has a really fantastic story. I was surprised by the number of revelations included in a title that’s supposed to be considered more of a sidestory than a full-fledged sequel to Lords of Shadow. 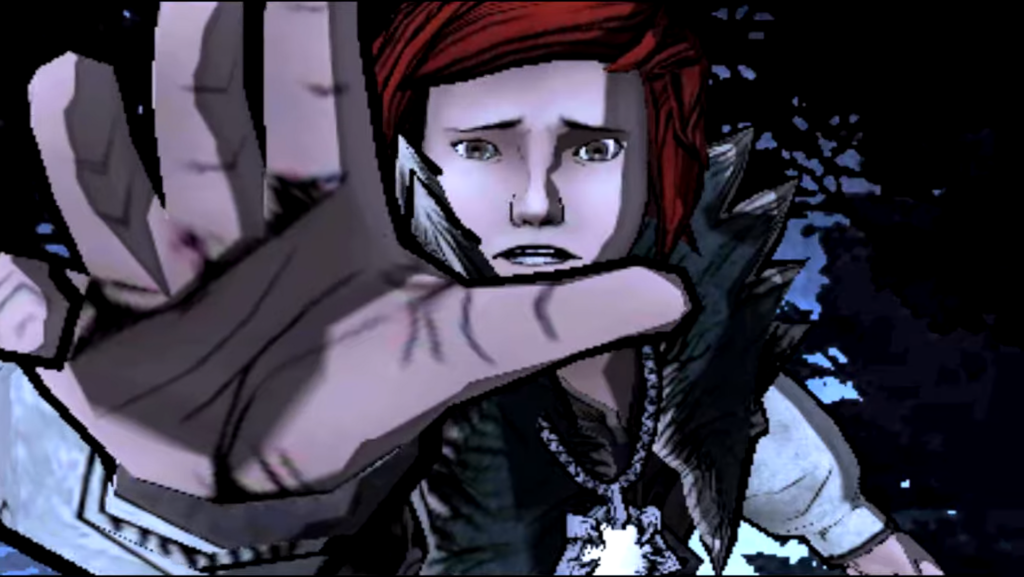 From a storyline and gameplay standpoint, this game gets a lot right. It’s the technical portion of the game that leaves me confused. It’s really hard to provide an opinion here. The graphics in this title are a mixed bag. To start with, the 3DS has some pretty impressive processing power. Yet, the majority of the game’s sprites are jagged and messy looking. This is true for nearly all of the cutscenes and interactive objects. On the other hand, the backgrounds are smooth and gorgeously rendered. It’s all very strange.

These complaints are pretty forgivable if you decide to take advantage of the 3D display option. But as typical with 3DS games, I played the game with the 3D setting turned off most the time. I do feel that effect was very well done in this title and not overused. Still, for me, it’s too easy to mess up the effect by simply moving the 3DS through normal gameplay, I find it distracting.

In the end, it’s important to remember that this is a handheld title and not judge it too harshly in terms of visuals. What this game adds to the new Castlevania continuity vastly outweighs any of its technical limitations. 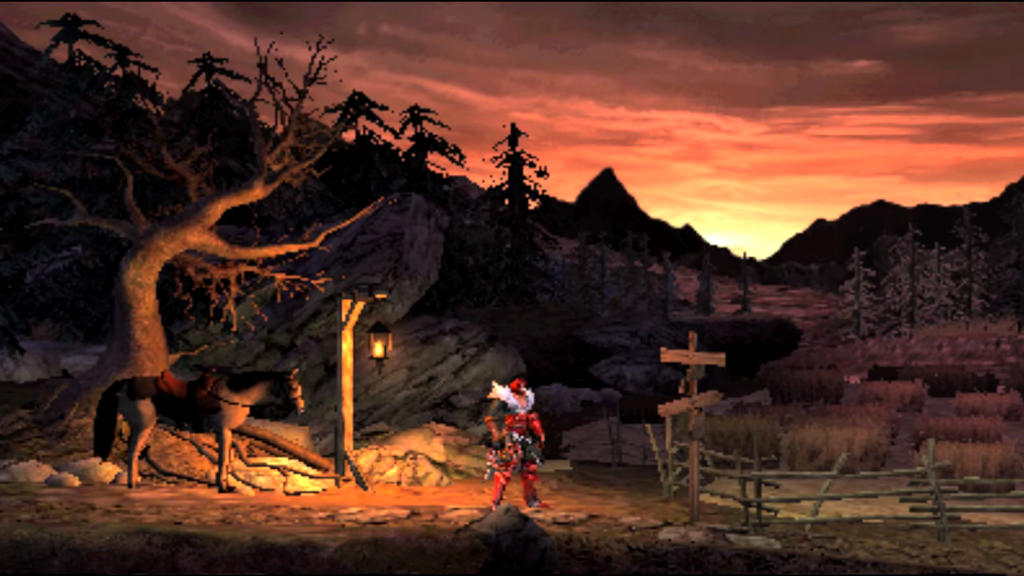 Difficulty: Medium  –  Classic Castlevania gameplay here. Many of encounters in the game are challenging and can be frustrating at times, boss battles especially. However, the game is a bit forgiving when it comes to continues. Progress is auto-saved at various points during big fights and at almost every new item or area discovery. This softens the blow a bit when you get your butt handed to you.

Story: I was both surprised and impressed at the rich story that was presented in the game. I honestly expected something kind of half-assed. I figured most of the good lore and plot twists were being saved for the upcoming Lords of Shadow 2. I was happily mistaken. Lots of new juicy surprises for fans in this title.

Originality: While the game is mix of both old and new, the presentation here does feel pretty fresh. Good job to the dev team on keeping things from getting stale.

Soundtrack: Not the best Castlevania score for sure. While there are some really good mood pieces that pop up from time to time, the score was largely forgettable for me. I found the voice acting to be superb, however.

Fun: This is very well built game with a lot of great things worthy of praise. But for some reason, I didn’t find it particularly riveting. It was fun, yes, and well worth the new price, but I did find myself wishing I could skip over some parts… the story was a real motivator for me. Moreso than the gameplay

Graphics: This game is a mixed bag graphically. The backgrounds and level designs are beautiful. The cutscenes are lovely. The sprites leave a bit to be desired… BUT not all the time… it’s weird. The camera zooms in and out of the action with a mind of it’s own. When it’s far away, things are very pixelated. This is not an issue up close. I’m sure this dynamic rendering is done by design to help ease the load on the 3DS when there’s a lot going on. I found it interesting, but weird.

Playcontrol: For the most part the game controls well. The use of shoulder buttons for certain abilities seems a bit awkward to me at first, but I eventually got used to it.

Value:  This game retails for about $30. For fans of the series, this is certainly worth it. But those who are not invested in the Castlevania universe might have a hard time shelling out that much.

Overall score (1-100): 75 –  There’s a lot of reasons to like this game, and I did. However, I felt it was missing something. I’m not sure what exactly. I recommend this game to fans of the series, but for those unfamiliar with Castlevania, I feel like it might leave the wrong impression.