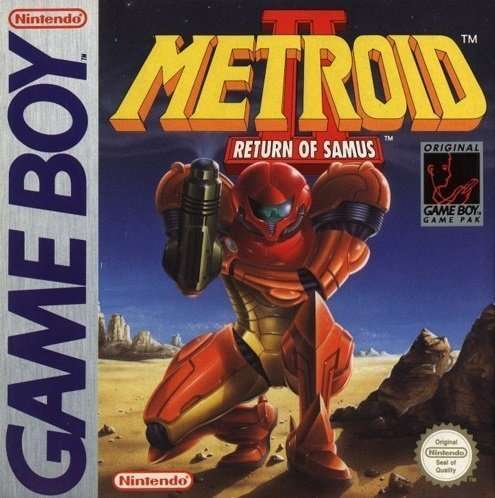 I have been looking forward to this review for some time now. This is one of my favorite Game Boy games of all time, Metroid II.

Metroid II is the long awaited sequel to the original NES classic. Being a direct sequel to such a popular game, it was interestingly enough not released on the NES or SNES, but rather on the original Game Boy. This is odd simply because of the the Game Boy platform didn’t exactly feel like the best fit for a game of this type. At the time, many players felt that the lack of color provided by the Game Boy didn’t do this game the justice it deserved. There was talk at one time of a Game Boy Color version of the game being released, but that so far, has never happened. 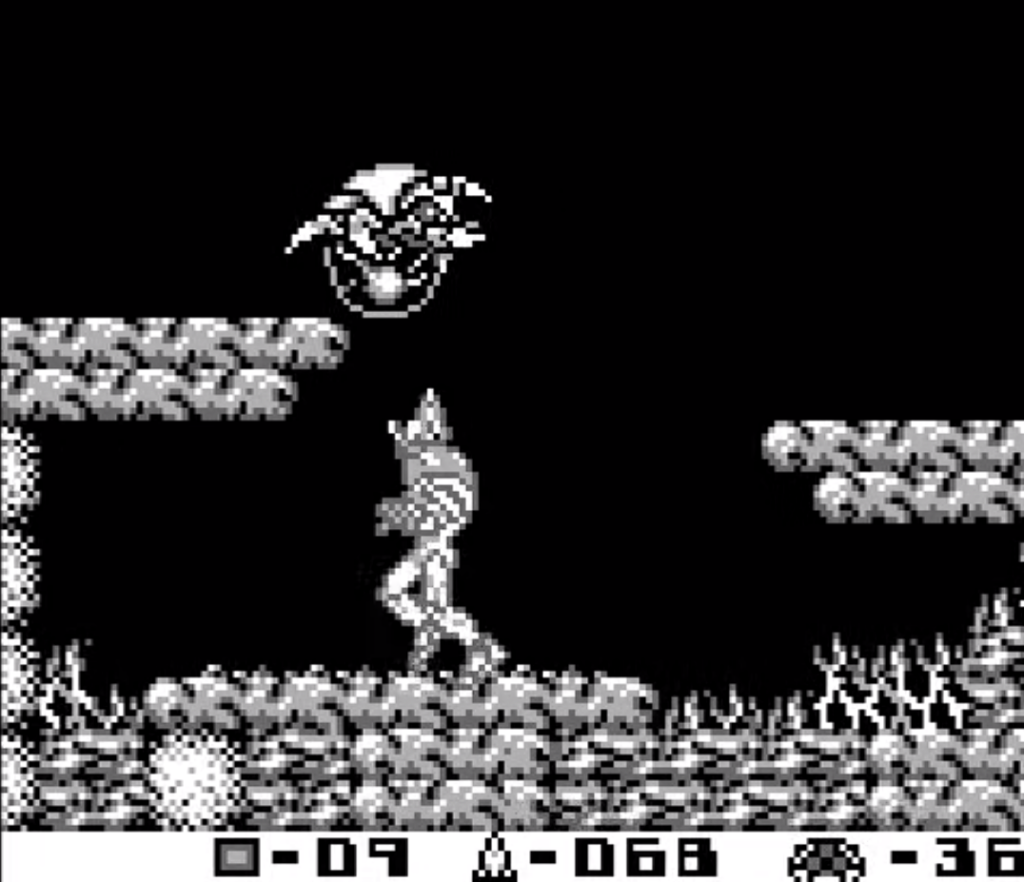 Regardless of the color scheme, the game itself is magnificent. Metroid II takes all of the elements that made the original game great and adds a few new concepts to keep things feeling fresh. This game takes place shortly after the events of the original. In the first game, Samus defeated the Space Pirates and their leader the Mother Brain. She also exterminated the Metroids they were breeding. This time, her orders are to invade the Metroid’s homeworld SR388 and destroy every last living Metroid in existence.

From a gameplay standpoint, this title is very similar to the first Metroid game. Samus must explore the planet (which is largely open-world), in search of both Metroids and various weapons and upgrades. Naturally, this task can be a bit time consuming. This time around, progress can be saved using various save-rooms instead of relying on a password-style save system. 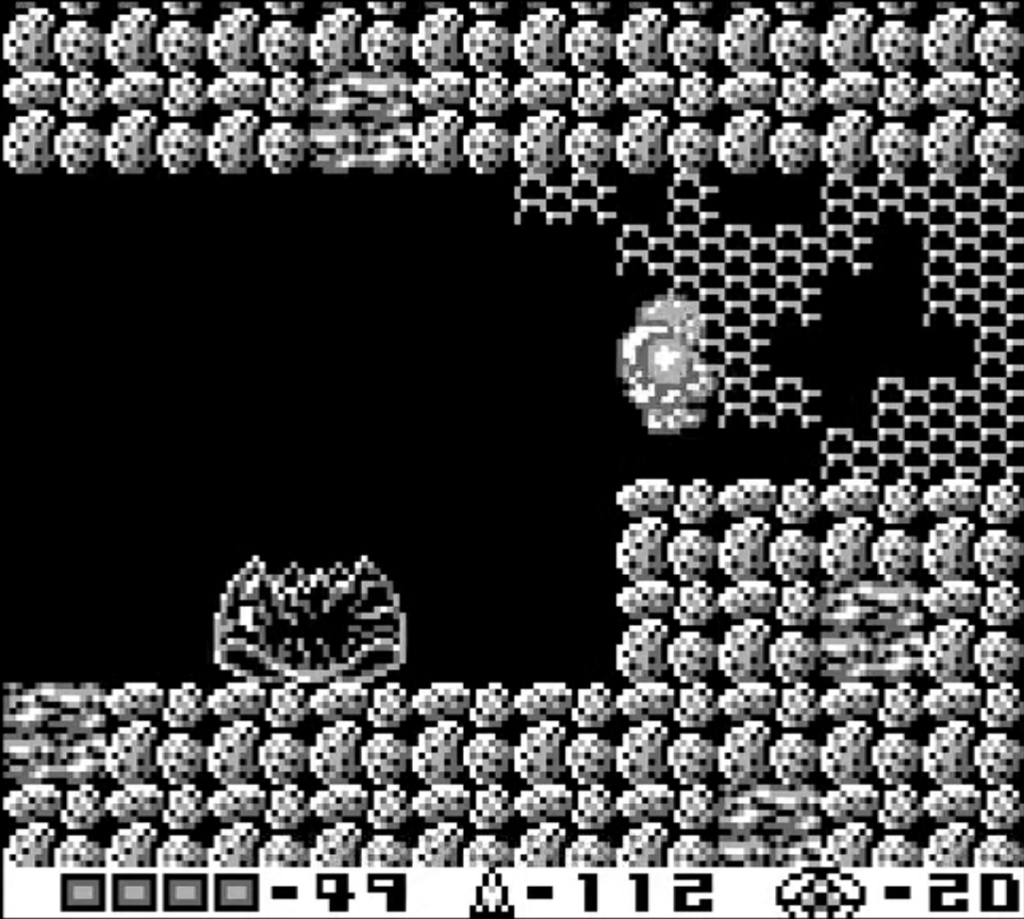 Overall, the game is pretty easy if you’re patient. It’s not the challenge that makes the game fun, but the exploration and discovery of the planet as Samus tries to locate every last remaining Metroid. The unique thing about this title is the Metroid Counter at the bottom of the screen. You can watch it tick down with every Metroid you defeat, until finally you face the Queen Metroid.

Once you have defeated the final boss, Samus finds a baby hatchling Metroid, which clings to her like a lost child. She escapes the planet with the baby in tow. Daaawwww!

I first played thru this game during a dreadful Christmas vacation in the early 90’s at my grandparents house. I hate to sound this way, but I’m just not a fan of that side of my family. Despite my misery, this game helped me to pass the time. Playing it again, was wonderful experience. I wish I hadn’t have waited so many years to re-explore this classic. 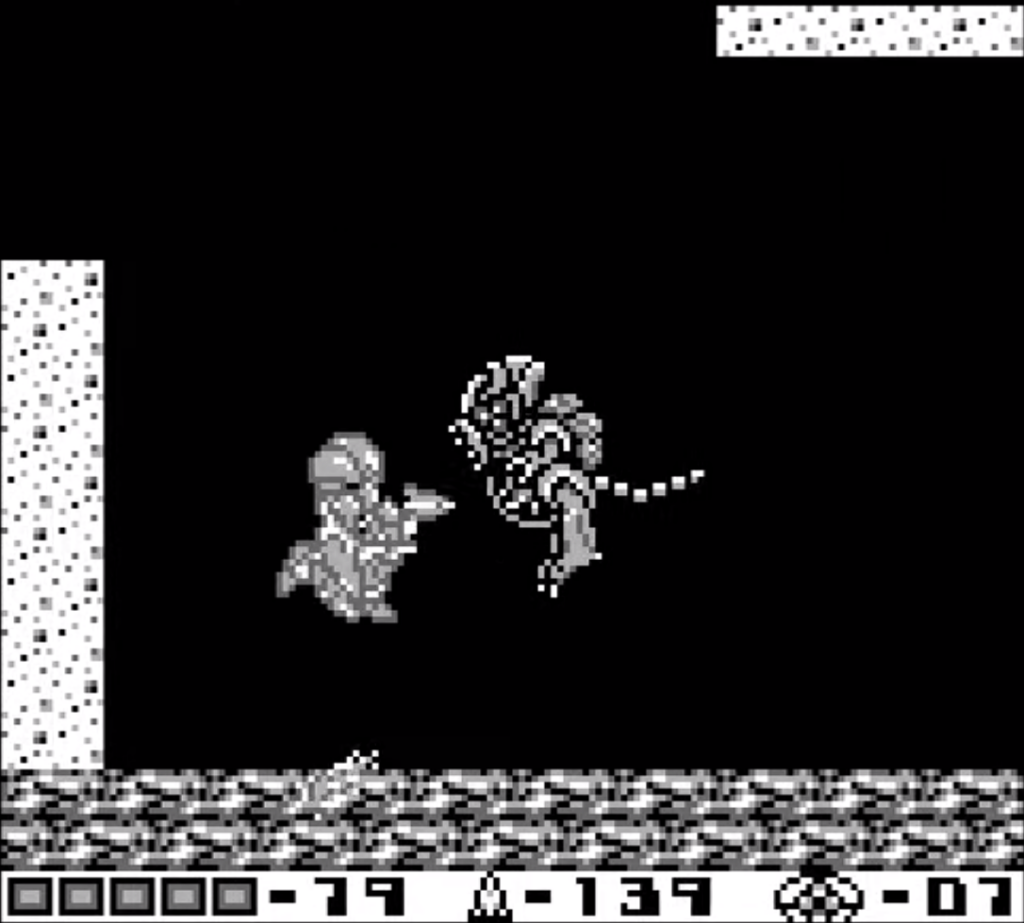 Difficulty: Medium  –  Not a hard game at all if you’re patient. The biggest challenge here is remembering locations and being prepared for unexpected Metroid encounters. Veteran players of the original game will need a few minutes to adjust to the new way of doing things, but overall the game feels a tad bit easier than the original.

Story: Most of the story is presented in the manual and consists of background info. There’s a bit more provided at the end of the game. This is forgivable due to the type of game that Metroid is.

Originality: While many concepts from the original game are recycled, the new variety of Metroid are pretty exciting. Also the seek and destroy aspect is a nice change of pace.

Soundtrack: If you thought the original Metroid had a weird soundtrack, this one is even stranger… (Is that coffee brewing? No. It’s the game music.) Alien? Yes. Good? Meh….. not really.

Fun: This game is very good time. Perfect for road trips or to kill a few days in a boring environment.

Graphics: This game is another good example of what a good designer could accomplish with the Game Boy. It pushes the system to the limit.

Playcontrol: No complaints. Flawless and responsive.

Overall score (1-100): 90 –  An excellent game and worthy successor to Metroid. Sadly, I worry that being a handheld exclusive may have limited the audience for the game a bit. There’s many people who passed this one over originally.