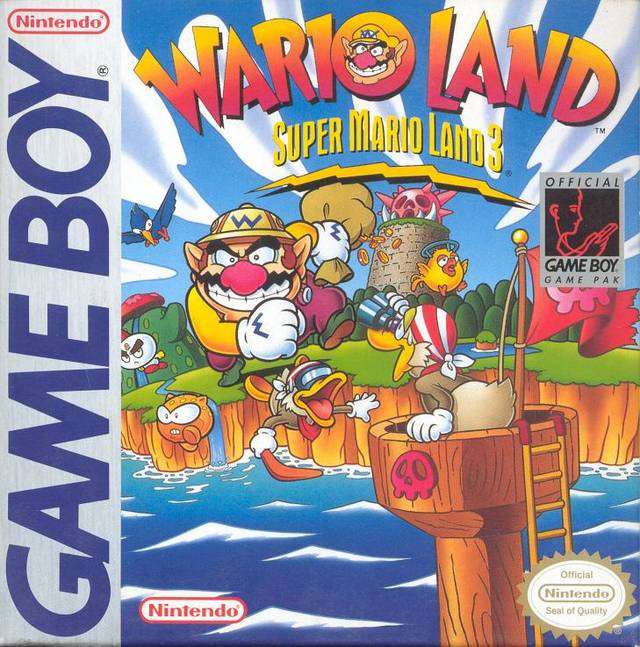 Next up in my portable trip down memory lane is the unusual, but classic, Wario Land. Technically, this game is a sequel to Super Mario Land 2. But other than the name, and the fact that the game features Wario, there’s not a lot of similarities.

Yes, it’s a Mario-style platformer. But his title is very unique in many ways. For starters, you get to play as the villain. That’s right, you control Wario in his quest of sheer greed. The goal is to earn as many coins and find as many treasures as possible before the end of the game in hopes of having enough wealth to one-up Mario. It’s a silly premise, but fun. 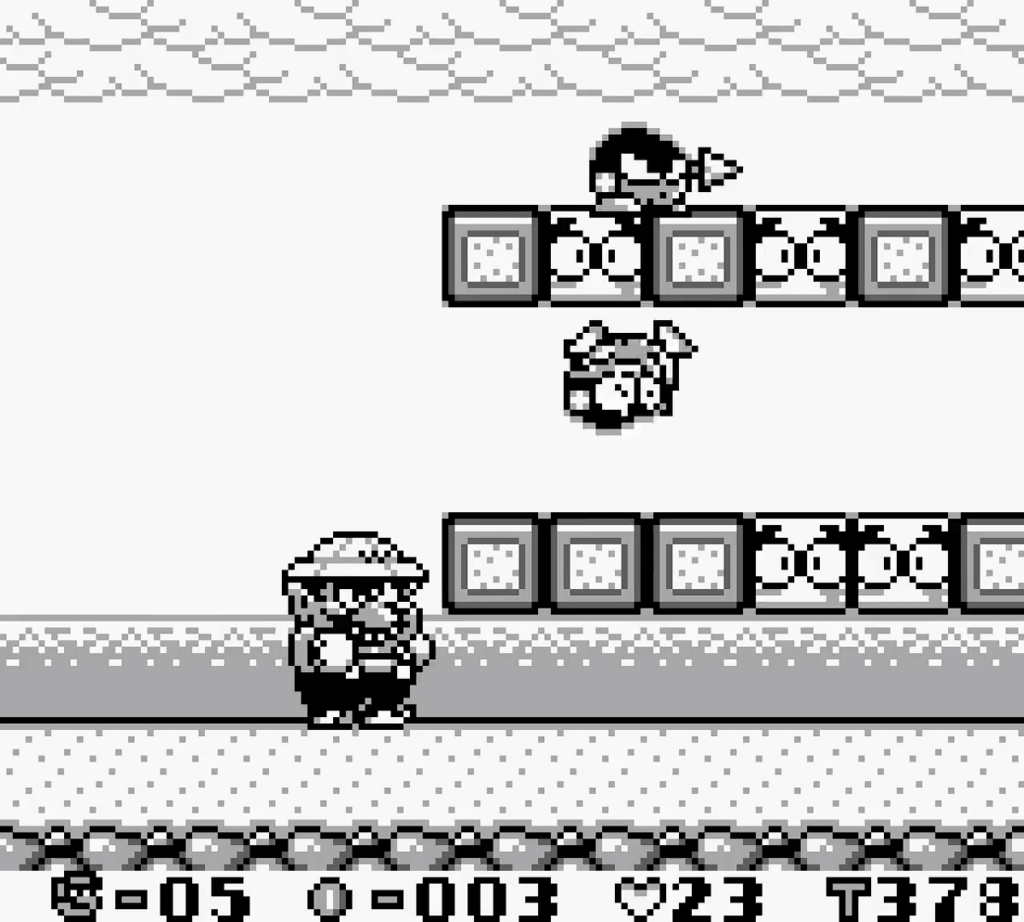 Unlike Mario who jumps on top his enemies to defeat them, Wario prefers to dash at them at high speed. Also, he’s quite fond of throwing things. His basic attack consists of slamming into bad guys, knocking them prone, and then scooping them up and tossing them into oblivion. But, like Mario, he’s also got a few special tricks up his sleeve. Wario’s power-ups consist of different hats that provide him with various abilities. For example, by donning the Dragon Hat, Wario is able to shoot fire at his enemies.

Other mechanics also follow the Mario formula for success. There’s an overworld map with number of playable levels, which usually follow a theme of some sort. At the end of each level is a little mini-game that allows players to compete for power-ups and extra lives.

In reality, the core gameplay is very much like your standard Mario title, but with a unique spin on things. This helps to make the game familiar enough for anyone to pick up and play while still allowing it to feel unique. 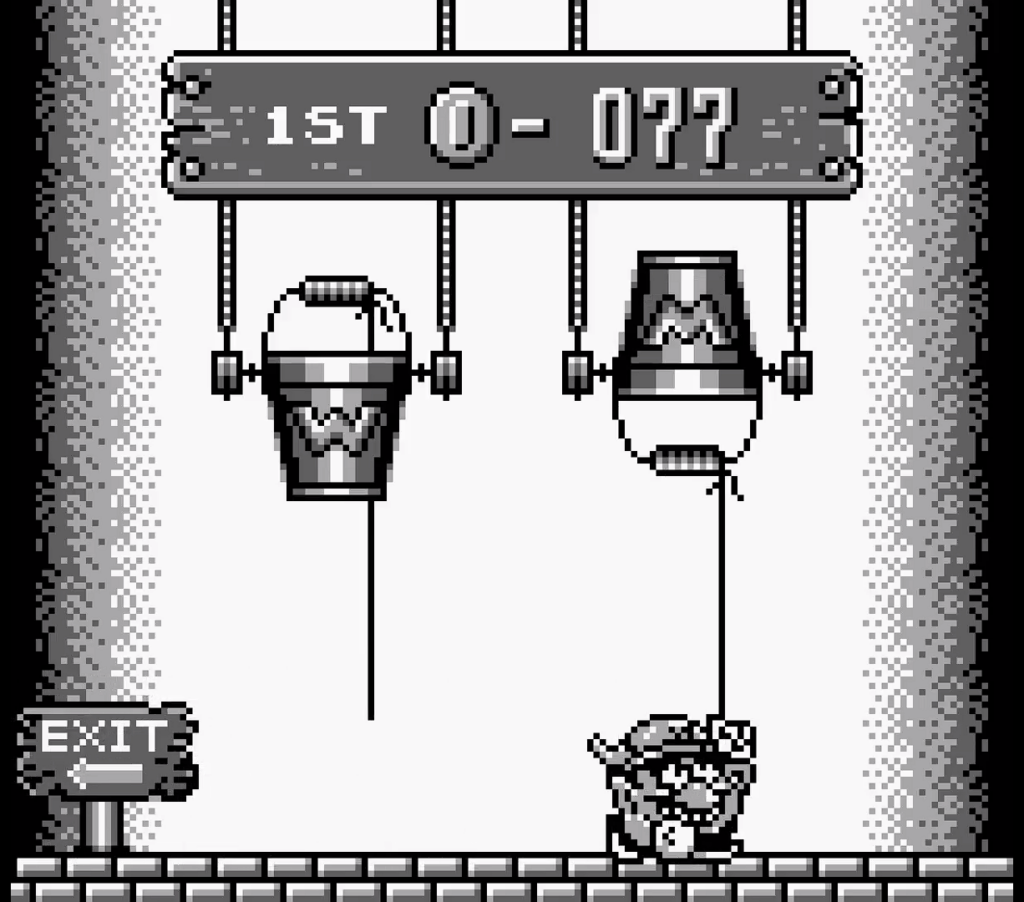 This is a game that I actually didn’t experience as a kid. I played this for the first time when I was in my early twenties. Shortly after getting married, I went thru a second gaming phase in which I purchased a couple of the systems and various titles I missed during my teenage years. This was one of the games that landed in my hands and I’ve been a fan ever since.

Wario Land is quirky and cute. It’s a fun spin on a classic series. This is one of those titles that’s fun both because of the gameplay itself as well as amusing cast of characters. 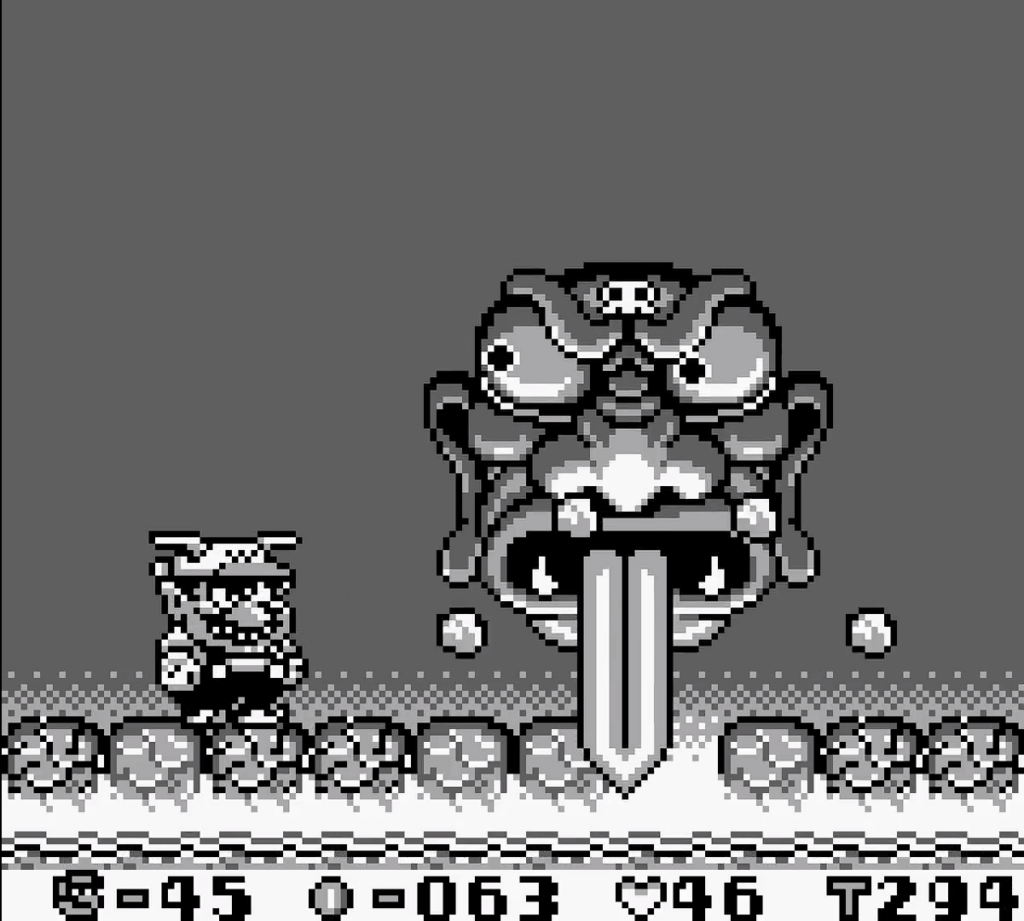 Difficulty: Medium  –  One of the biggest challenges in the game for me was learning to do things the “Wario Way” and not the “Mario Way”. Also, Wario controls a bit differently from most platformers. This makes for a bit of a learning curve. But once you get the hang of things, it’s a lot of fun.

Story: In a bit of refreshing change, we finally get to the play the bad guy! While there’s not much more to it than “get as rich as possible”, it’s a lot of fun and a nice change of pace.

Originality: Despite being another platformer, the concept of playing as the villain and the differences presented in the gameplay really give this title an original feel.

Soundtrack: Dopey, quirky sounding tunes. I suppose they are appropriate for the title, but I could take it or leave it.

Fun: I found the game to be a lots of fun. It’s very childish in many ways, but if you don’t take things too seriously, it’s a real blast to play.

Graphics: The graphics here are on par with SML2. There’s not much more you can squeeze out of the Game Boy in terms of looks.

Playcontrol: The feel of the game is a bit different from either of the other Mario games. Wario seems to move a bit more sluggishly. But I believe this by design. It takes a bit getting used to if you are playing this immediately after Mario Land 2 like I did. Regardless, the controls themselves are perfect.

Overall score (1-100): 85 –  Wario Land is a solid title and it’s different enough to stand out in a crowd. It’s memorable because it’s fun and unique. In some ways, it’s been my favorite of the Mario Land trilogy.