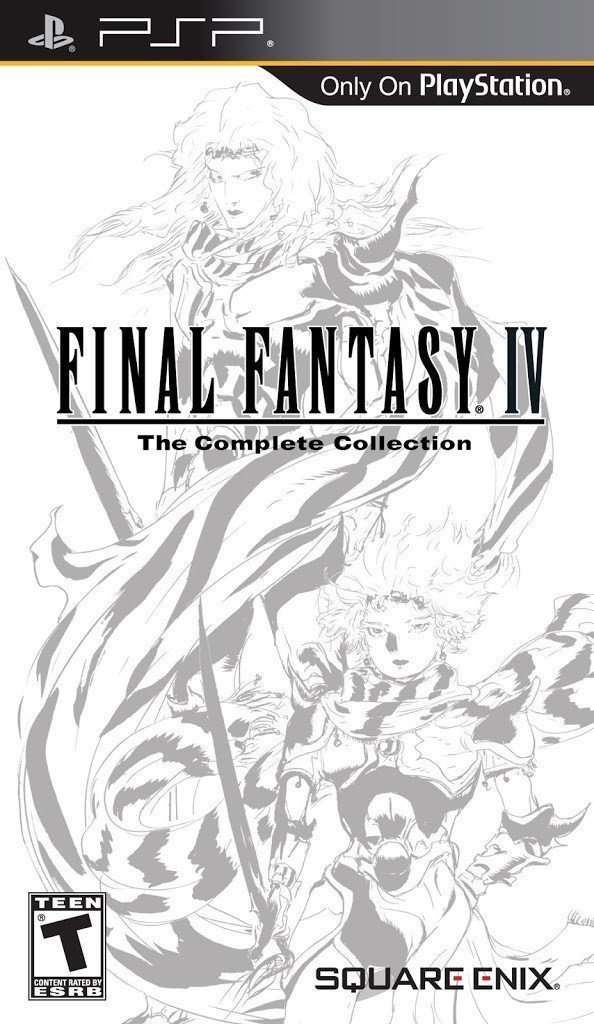 Finally, my reviews have reached a personal milestone in the era of 16-bit gaming. I’m talking about the first Final Fantasy title for the Super Nintendo. Final Fantasy IV was originally released in the US under the name “Final Fantasy 2“. Since the second and third installments of the series were not originally brought stateside, it was believed that renaming the title would be a good idea and the American audience would be none the wiser. Of course, as years went by and the Internet became a common way to share information, the cat was eventually out of the bag. These days, the game is properly titled and it widely available under its original name.

When preparing to the do this playthrough and review, I had an important decision to make. There are many versions of this game available, and I had to decide which to use. To bring everyone up to speed, I’ll layout what’s out there:

Final Fantasy 2 (Wii Virtual Console) – This is the original version of the game, as it was released on the SNES

Final Fantasy Chronicles – This was the Playstation release. It features the original SNES game, with the proper title and a slightly improved translation.

There’s a little something for everyone out there. For purists who doesn’t want any new bells and whistles, I recommend the Chronicles version of the game. For the sake of this playthrough, I decided to use the Complete Collection. It was a version of the game I’ve not encountered before. Plus, it includes both After Years and the all-new Interlude scenarios. (More on these later).

Regardless of the version you choose, the focus of this review is on the game itself, not any design or art-style in particular.

This game holds a lot of great memories for me. FFIV was the title that really cemented JRPGs as one of my favorite genre of games. The storyline is nothing short of fantastic. The game revolves around a knight by name of Cecil. When game begins, Cecil is the captain of an elite Air Force known as the Red Wings. He is ordered to strike and steal a powerful crystal from a nearby village. After carrying out his mission, Cecil begins to question the nature of the orders given to him. Cecil is reprimanded for his lack of loyalty and as punishment is sent on a task that ultimately leads to adventure and redemption.

There’s so much to tell about the rich storyline and characters of this game, but I think it’s best experienced during play and not read in a summary.

The gameplay will be very familiar to fans of the series. For the most part, the game functions and plays much like Final Fantasy I-III. Unlike FFIII, however, there are no “jobs” to select. Each character has a predetermined role and will skill-up in the areas of their expertise as you progress.  The character development in this title was second to none for its day and age. Each character has a very detailed backstory that is revealed throughout the normal progression in the game. I can’t stress enough how much of a breakthrough the storytelling in this title was. It was unlike anything that had been seen.

Graphically, the game was pretty standard at the time of release. The character sprites are clear, as is most of the environment. I found some of the textures to be a bit repetitive and unimaginative at times. But overall, there’s not much to complain about. Later versions of the game have brought drastically improved visuals.

The game proved to be quite a success and many years after its original release, it spawned a direct sequel. Final Fantasy IV: The After Years, was released in episodic downloadable chapters on the Wii in 2009. This game takes place seventeen years after the original and features both the aged heroes from the first game, as well as their offspring. In reality, I should probably dedicate a separate review just to this title, but there are enough similarities that I feel I can bundle them together

Originally spread out over eleven separate chapters (each focusing on a particular character or set of characters), players can experience the storyline and then spend time seeking powerful treasure in an “endgame” dungeon. Eventually data from all the individual chapters is compiled and used in a final capstone scenario.

Finally, If you’re playing the Complete Collection, there is a third short scenario called Interlude that serves as a link between the original game and the After Years. This was my first time getting my hands on this chapter and while I found it be enjoyable, it’s very short and really doesn’t bring much to the table. But, it’s included and certainly doesn’t lessen the experience.

Again, I have to stress that this a classic RPG and an overall excellent game. It doesn’t matter which version you can get your hands on, you’re in for quite an experience.

Difficulty: Medium  – As typical with RPGs, most of the game itself is fairly straight forward and easy going for those with a little bit of patience. Several of the bonus areas, and added content found in the later releases can be much more challenging, however.

Story: As I mentioned, the storyline for Final Fantasy IV is fantastic all the way around. Both in terms of detail and content. The storyline is even further enhanced in later versions of the games. The original SNES cartridge could only hold so much data, so a lot of the original script had to be cut from the game for space reason. Regardless, even the old version is fantastic. But to get the most out the title, I do recommend either FFIV Advance or The Complete Collection.

Originality: Mechanic-wise, there’s really nothing new introduced in the title. The 16-bit art and enhanced sound really bring a breath of fresh air to the title though. I don’t find any faults here.

Soundtrack: Excellent score. Probably the best in the series so far. Uematsu never ceases to amaze.

Fun: Many wonderful, comforting memories of this game rattle around in my brain. The characters and storyline really make this game a lot of fun. The special effects are great, the SUMMONS are awesome. Who doesn’t enjoy unleashing Ifrit on a group of cowering enemies?

Graphics: The original released featured nice, acceptable graphics for its time. However, later entries in the series and other 16-bit RPGs eventually surpassed it. The more modern versions of the game are much lovelier to look at and feature richer, more detailed models.

Playcontrol: As with most RPGs, control is not an issue. All works as it should.

Value: Pricing for this game will vary wildly depending on which version you’re after. The Complete Collection retails for about $30 and considering all of the extras you get in that release, it’s well worth the price. Other versions of the game are typically cheaper.

Overall score (1-100): (95) – Separating the review into multiple titles, the original game gets a near perfect score. This is defiantly a must-play title for RPG enthusiasts.  The After Years, however, is a bit harder to recommend to general audiences. This game is a more fan-service than anything else. I enjoyed it, and it was very nice to revisit the world and characters again after so many years. But it did feel a bit thrown together. If you decide to experience the After Years, I recommend the PSP version over the multiple pricey downloads on the Wii. When looked at as a whole, the Complete Collection is probably the best way to go. You get the entire Final Fantasy IV experience in one package, fully polished for modern audiences.