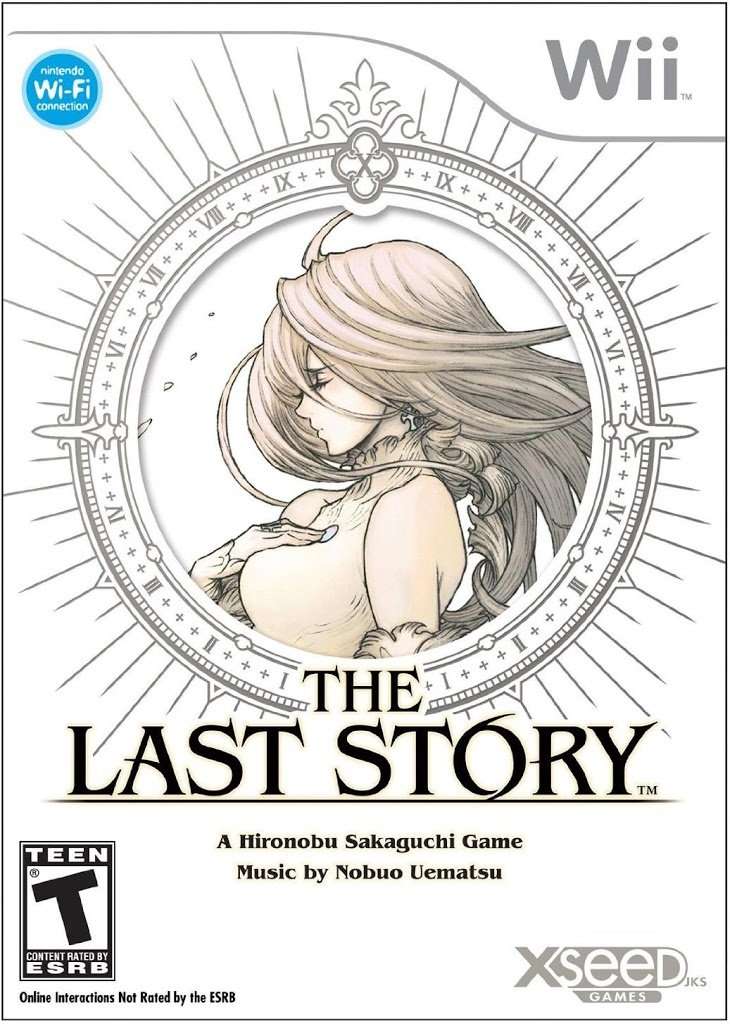 Tonight I finished my playthrough of one of the infamous Operation Rainfall games, The Last Story. I’m somewhat ashamed to admit it took me so long to get around to playing this game. I had it pre-ordered and received it in the mail upon release, but I had so many other things to play that it got lost in the shuffle.

Regardless, I started playing the game about two and a half weeks ago and finally finished it and I have to say, I was very impressed. Created by Hironobu Sakaguchi, the original founder of Final Fantasy, this game is very story-driven. It focuses on the tale of a young mercenary named Zael and his companions.

The group takes a job on the prestigious Lazulis Island doing some grunt work for the royal Count Arganan, hoping to wiggle their way into his good graces. It is the dream of both Zael and his best friend Dagran to one day become knights, thus leaving behind the dangerous life of mercenary work. During the course of the game, Zael has a romantic encounter with count’s niece and is bestowed with a legendary power that sends his world into a whirlwind of epic confusion. 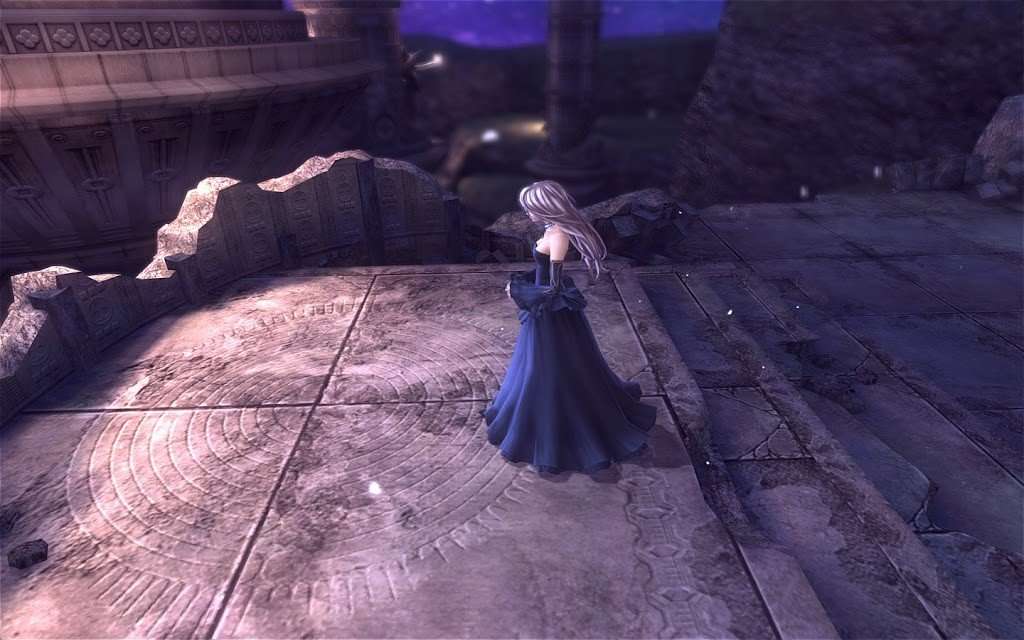 When I first sat down to play this game, I wasn’t sure what to expect. I knew that I was in store for a somewhat typical JRPG story, but I had heard whispers that the gameplay was somewhat action-oriented. Right from the start, this was made apparent. It was unlike anything I had ever played. At first,  I found the combat to feel awkward and confusing. But it’s actually quite straightforward and not really that complicated once you get the hang of it. As the game progresses, the combat system becomes more and more detailed and complex. Eventually, you gain the ability to provoke enemies at will using Zael’s abilities, thus controlling who they are focusing their attack on. Later you can also issue commands to all the characters on your team and this allows you to create various strategies to overcome whatever the game throws at you. I found it to unfold at quite a good pace and by the time you’ve reach the latter parts of the game, it’s really a lot of fun. Mastering the combat system is pretty much the key to whole game.

Combat aside, the game also features a somewhat simple system of item customization. There’s not a whole lot of mystical treasures to find, but rather simple weapons and armor can be upgraded and made very powerful. Weapons are a bit of exception to this rule. Many bosses later in the game do drop some rare and powerful weapons, but regular weapons can actually be upgraded to be nearly as useful. 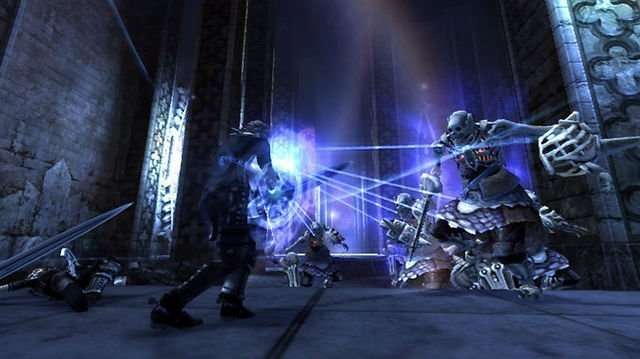 If I’m going to be truthful, I have to admit that the game is very linear. For the most part, you’re boxed in by the storyline, there’s not a lot of open world exploration. But, at various points in the game, there are periods where you’re allowed to roam free and partake in sidequests and optional chapters, just not to the extent of other Japanese style RPGs.  Interestingly enough, I don’t really feel this to be a weakness. The game does a great job of hiding its linear feel.

The Last Story also features an interesting multiplayer option. It contains options for both co-operative play and player-vs-player combat. This optional mode does not factor into the game’s main scenario, but items acquired in multi-player mode are kept on the single-player file. I dabbled with this option, but in the end, did not get much out of it.

All in all, I was apprehensive about playing this game because I heard mixed opinions going in. My fears were quickly dispelled and I found myself enjoying this game way more than I expected to. Let’s face it, the Wii is an oddball system for games like this. But somehow, it always managed to pull it off. I could write paragraphs about the various ins and outs of this game, but I think I’ll let my breakdown below do most of the talking. Regardless, I do recommend this game to most JRPG fans. 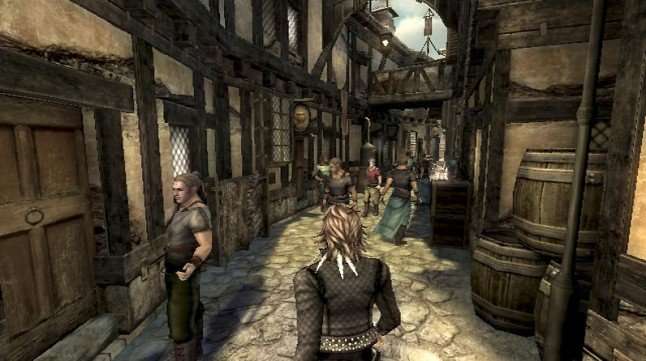 Difficulty: Medium  – The main scenario of the game is not especially challenging. The key is taking the time to read the tutorials and actually learn and comprehend the art of combat. Once you have this down, you’ll be in good shape. Most areas before hard bosses contain both a place to save the game as well as a “summoning circle” you can use to summons monsters for a little grinding. Upon completion of the game, you can start over with a New Game Plus, which features a few new challenges.

Story: Simple fantastic. The storyline in this game rivals anything in the Final Fantasy series. Of the forty-or-so hours I spent playing the game, I imagine quite a bit of it was spent viewing storyline and cutscenes. But, I didn’t mind at all, it was fantastic.

Originality: What I expected to be a typical RPG turned out to be much more. There’s so much about this game really gave me a breath of fresh air. The unique combat mechanics to the item system, it was really a new experience.

Soundtrack: This game is scored by the legendary Uematsu (main composer of Final Fantasy) and it is simply lovely. The voice acting in the game is also surprisingly good. Top-shelf stuff here.

Fun: It took me a couple hours before I started to get a firm grasp on how this game works. At first I was confused and a bit overwhelmed. But once I found my groove, I ended up having a blast.

Graphics: This game pretty much represents the best the Wii is capable of. It is by far the best looking game I have seen on the Wii. The level of detail is breathtaking. The effects and in-game rendering are amazing. I really looks more like a PS3 game, how the developers managed to pull this off is beyond me.

Playcontrol: We have a couple options here, you can play with either the Wii Remote and Nunchuck (which I did) or the Classic Controller. I tried both, and I found the Classic Controller to feel a bit awkward. The Remote and Nunchuck combo seems to feel more natural. The camera is user-controlled, but at times, it still seems to get away from you especially during intense combat.

Value: This game still retails for a premium price, but for fans of JPRGs, it’s worth the cost.

Overall score (1-100): 90 – For about the first half of the game, I was really leaning towards a less-than-stellar rating. I was having fun, and enjoyed the game, but I felt that combat system and overall weirdness of the game design was bit of a turn off. However, once I was able to break out of my preconceived notions on what a RPG game should be, everything just clicked and I found myself really enamored with the title. I found myself loving everything about the game. The characters, the visuals, the storyline and even the way the game played. The Last Story is a fantastic title.