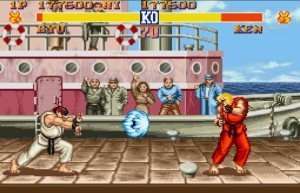 As the 90’s rolled on, the original NES was eventually put out to pasture and completely eclipsed by its successor. Years went by and new games were released, but by the mid-90’s my interest was starting to wane.

The last game I remember playing to completion on the SNES was probably Final Fantasy: Mystic Quest. This title was a simplified RPG, intended as an introduction to the genre. I remember playing it and being slightly let down. I felt that it was “Final Fantasy” in name only. And, while not a bad game, it didn’t live up to the reputation. 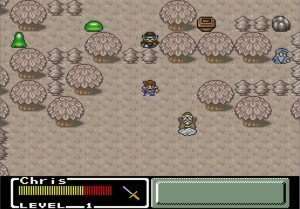 I also noticed around that time, that the games featured in Nintendo Power Magazine started to change. Classic concepts such as platform games started to give way to newer styles such as fighting games and realistic racing games. Sports games started to be pushed a lot harder than they had been previously. The Nintendo kids were starting to grow up, and Nintendo as a company was not sure what to do about it. Censorship and other issues forced Nintendo to lose a little bit of ground to competitors. And let’s not forget, the dawn of the personal computer had also arrived.

At this point in my teenage years, my interests began to shift from cartoonish style gaming to things much more tangible… like girls. I began spending less time playing video games and more time practicing on my guitar. Eventually, the NES and SNES got put in the closet and were only taken out when friends were over. Even then, our play shifted from things like Mario to multiplayer fighting games like Street Fighter and Mortal Kombat. 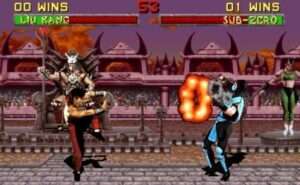 Even my trusty Game Boy was eventually replaced by a Walkman as a form of “entertainment on the go”. The last game I really remember spending time with on my Game Boy was the Final Fantasy Adventure. (Another name-dropper. This game, while good, was not a Final Fantasy title. But instead, was first in what would come to be known as the Mana series. – I decided not to include FF Adventure in my playthrough reviews because a remake of the game has since been released for the GBA).

When I did feel the urge to play, I found myself sitting in front of my mother’s PC playing some of the later games in the Wizardry series. For me, it seemed that I had matured past my video game days. And for a couple of years, I didn’t spend much time gaming at all.

That changed in the latter-half of my highschool career when I built my first PC. That was when I discovered that PC gaming was more than text-based adventures and frame-by-frame fantasy games. It was the dawn of the First-Person Shooter.

In the next few weeks, I’ll be focusing mainly on my early days of PC gaming. I’ll still have a few modern reviews thrown in here and there, so fear not console-lovers.

Also, this leaves a bit of a gap. As discussed in the a couple of my recent Retro Reviews, there were a number of games that I missed out on. Only recently did I  take my first stab at Super Punch Out! for example. There’s a number of great games from the 16-bit era that I simply have not experienced, that are now considered classics. Star Fox, Earthbound, and the Mega Man X series to name a few. I plan to catch up to some of these in due time, and I’ll feature them all right here. But for the meantime, I plan to have this blog follow my own personal journey through gaming.