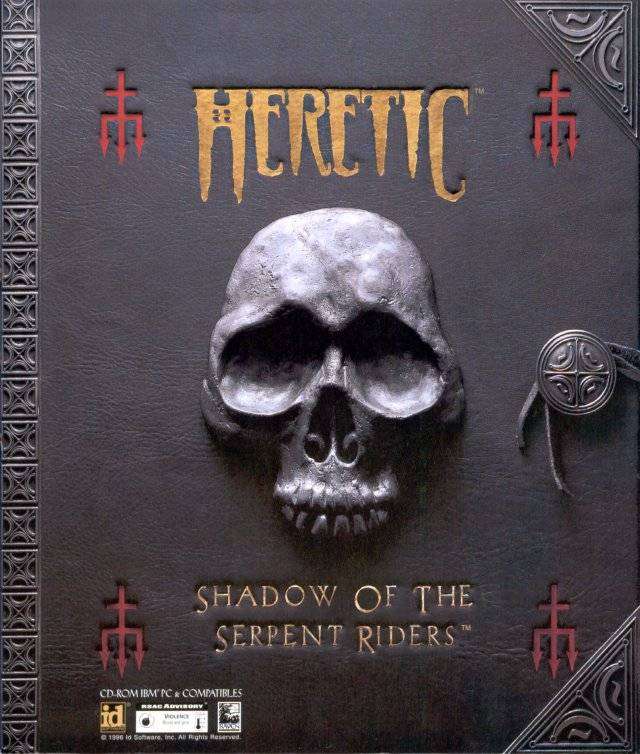 Following the massive success of Doom, Id Software licensed the game engine to other developers. One of these was Raven Software. They took the base Doom code and modified it to create a fantasy-style Doom clone known as Heretic. This game is very similar to Doom in terms of graphics and play-style. The most notable changes to the game engine include the ability to look up and down as well as several enhancements to the sound system.

In Heretic, you play as an Elf named Corvus (his name was not revealed until the direct sequel several years later). Corvus is a member of the Sidhe clan, a race of elves that have been branded heretics by the evil Serpent Riders who have invaded and occupied the kingdoms of the realm. Corvus takes it upon himself to infiltrate the Serpent Rider’s stronghold and defeat him, thus rescuing the land from the clutches of evil. 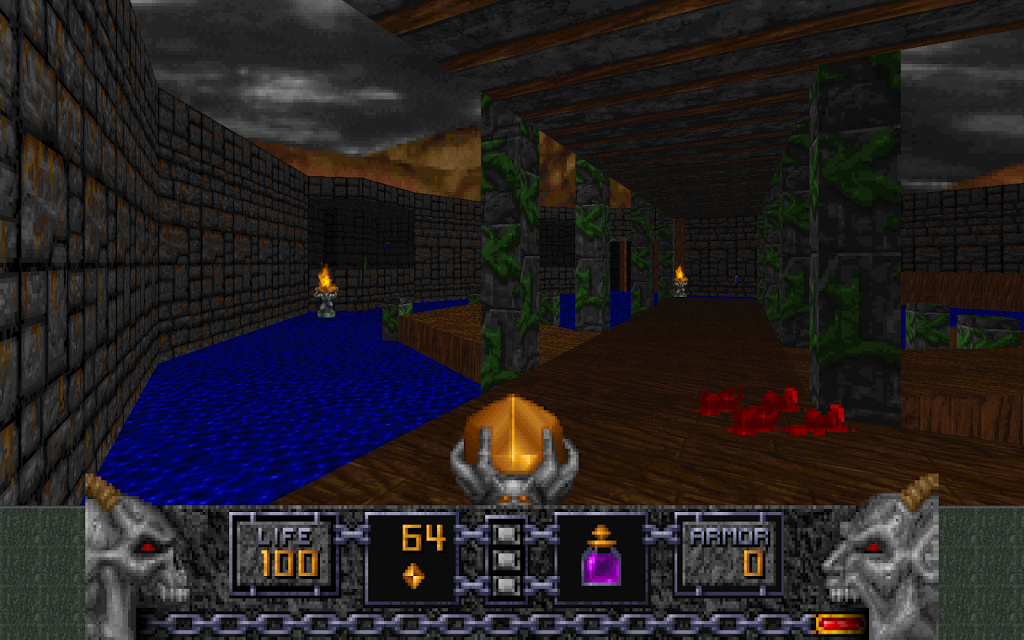 Technology wise, this game is almost identical to Doom. And that’s ok. The concept of this game was not really to invent something new, but to provide a new setting and a fresh take on the existing game engine. As someone who enjoys fantasy games, I found the both the story and the in-game art to be quite well done. One new feature included in Heretic is the inclusion of usable items. In Doom, power-ups were activated on pick up. In Heretic, they go into your character’s inventory and can be used at will. This adds a new level of strategy to the game play. Power-ups include health potions, weapon boosters, time bombs, and even a ring of invincibility. All presented with a Dungeons & Dragons style feel.

The game was originally released with only three playable chapters. The third episode ends with the defeat of the Serpent Rider, D’Sparil. Later, two additional chapters were released for free in the form of a patch. Later, these were all bundled in a retail package. The collective game is known as Heretic: Shadow of the Serpent Riders. I found the two Shadow chapters to be much more of a challenge than the main game.

At release, the game was not as successful as Doom. I remember having a hard time finding a physical copy. I’m surprised by the reception. One would think that a fantasy first person shooter would piggyback quite well off the success of Doom. Perhaps, one of the reasons Doom won out over many of its clones was due to multiplayer. Doom had a strong multiplayer community even at the time of Heretic’s release. Unlike Doom, Heretic was not limited to LAN play at release. It came with online multiplayer support using the now defunct DWANGO network. However, lack of mod-ability and the raging following Doom already had caused somewhat of a lackluster reception.

Much like Doom, I recommend playing the game with the use of a loader or some frontend software. Again, I recommend zDoom as a software frontend. It renders the game perfectly at higher resolutions. 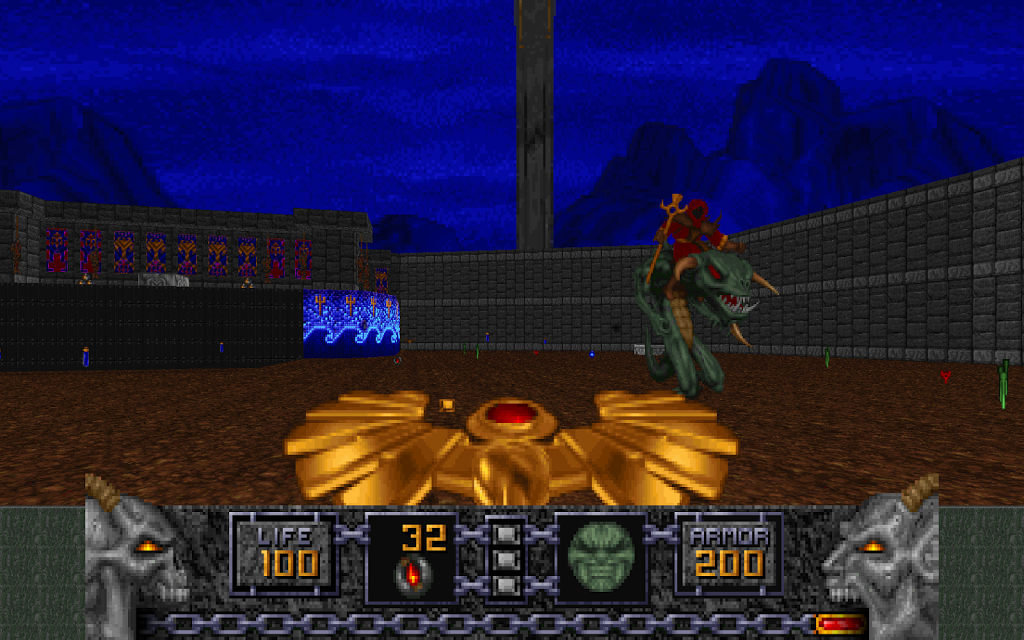 Difficulty: Variable–  Much like Doom, Heretic offers several levels of difficulty ranging from casual to infuriatingly difficult. Challenges include not only defeating enemies, but navigating mazes, find keys, unlocking doors, and strategic use of items.

Story: The storyline here is basic in it’s presentation, but is expanded on in future games. The concept of three serpent riding mages taking over random kingdoms is pretty unique. I only wish that the franchise lived on. There’s a lot of wasted potential here.

Originality: Essentially what we have here is a fantasy version of Doom. While that in itself may not seem to be a very original idea. The presentation actually has quite a fresh feel to it.

Soundtrack: The music composition for the game is very well done. The tunes keep an upbeat pace when necessary and are quite fitting. The music is midi based and therefor a bit dated, but it holds up well. The game also includes ambient sound effects that help add a little depth to the environment.

Fun: I enjoyed Heretic immensely back in the 90’s and I still enjoy it now. I daresay I liked it more than Doom. But then again I do have a thing for fantasy games. I find the environment in Heretic to be more enjoyable and the enemies are very unique.

Graphics: In some ways, Heretic is a bit of improvement over Doom as far as monsters and textures go. But sadly, many of the levels are unimaginative and not very pretty. This gets better as the game goes on thankfully.

Playcontrol: On the PC, the default controls seem a bit antiquated. Luckily, it’s easy to customize them. When set up in a typical WSAD/mouse config, the playcontrol is spot on. zDoom offers very good customization in this regard.

Value: Typical available for under $10 on Steam. Well worth this price.

Overall score (1-100): 90 – If you liked Doom and you enjoy fantasy games, Heretic is the game for you. It’s not a popular title these days, but a lot of fun can be had experiencing the single player mode. If you can manage to find a friend willing to play a little multiplayer with you, you can get quite a lot of mileage out of the title even today. Like Doom, Heretic is one of the classic FPS games that I consider to be a must-have.

Tags:doomfpshereticpcshadow of the serpent riders