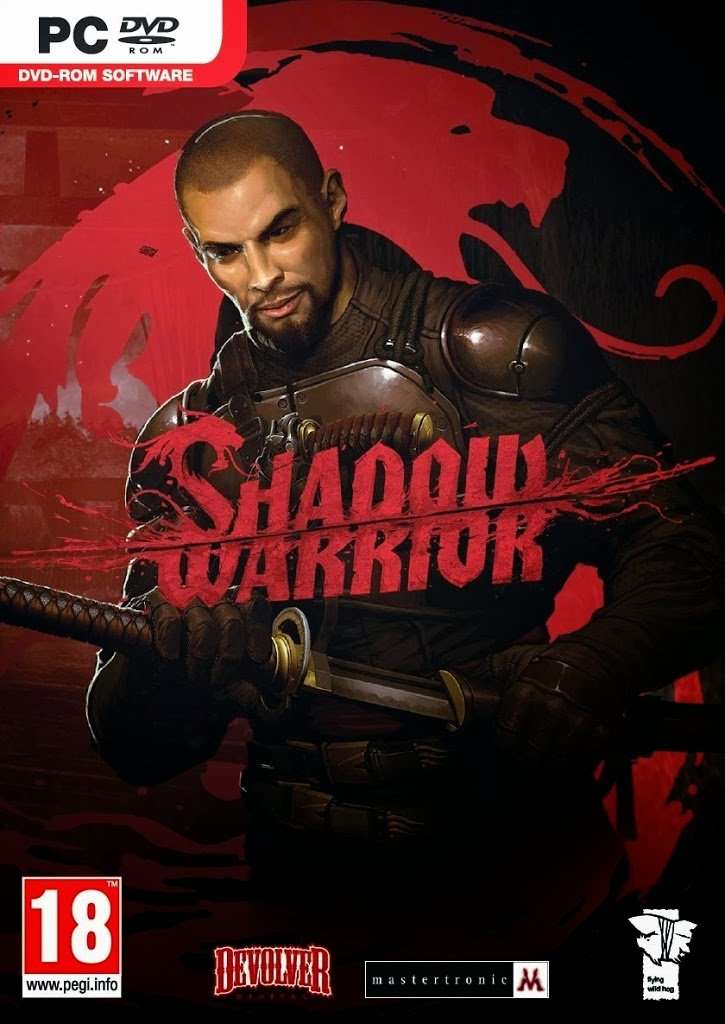 This review took a little longer to get out than I expected, but here we go! After playing through the original Shadow Warrior, I decided to give the brand new remake a spin. I wasn’t really sure what to expect, but here we go…

First of all, this is no ordinary Wang. Gone is the aged wise-cracking kung-fu master from the original game. This time around Lo-Wang is much younger and while he still cracks a few jokes and one-liners here and there, most the humor is provided by his demonic companion Hoji. That’s right, for most of this game, Lo Wang is accompanied by a snarky demon.

The storyline for this game is quite a bit different that the original. In many ways, it would be easy to look at this as a prequel to the original Shadow Warrior. (Although I believe it’s been confirmed to be a simple remake with no continuity to the first game). In this game, Lo Wang is still employed by Zilla, and the game starts as he accepts the task of attempting to purchase a mysterious sword from its reluctant owner. Needless to say, things don’t go entirely as planned. To achieve his goal, Wang must partner with a troubled spirit and travel between worlds in pursuit of the blade. 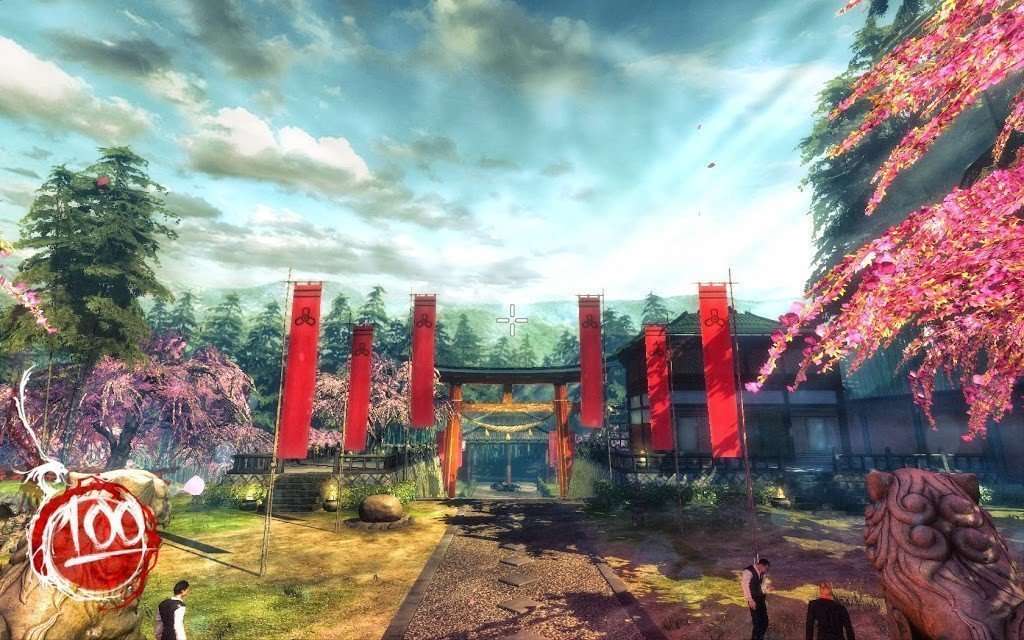 The game is absolutely stunning. The graphics are very well done and the ambient lighting in the game really sets the mood for many of the areas. What really makes this game stand apart from many other FPS games of its type is the combat system. Yes, there is a plethora of weapons to choose from, many of them making a return from the original game. But more times than not, I found myself sticking with my trusty Katana. In this game, your combat encounters are scored. Your score is increased by varying the type of attacks you use on your enemies. Altering between weapons and special abilities, and using the environment to inflict damage all have an effect on your rating. The higher your rating, the higher your reward can be. Reward points can be used to purchase new skills and abilities. I found this system to quite unique and a lot of fun. 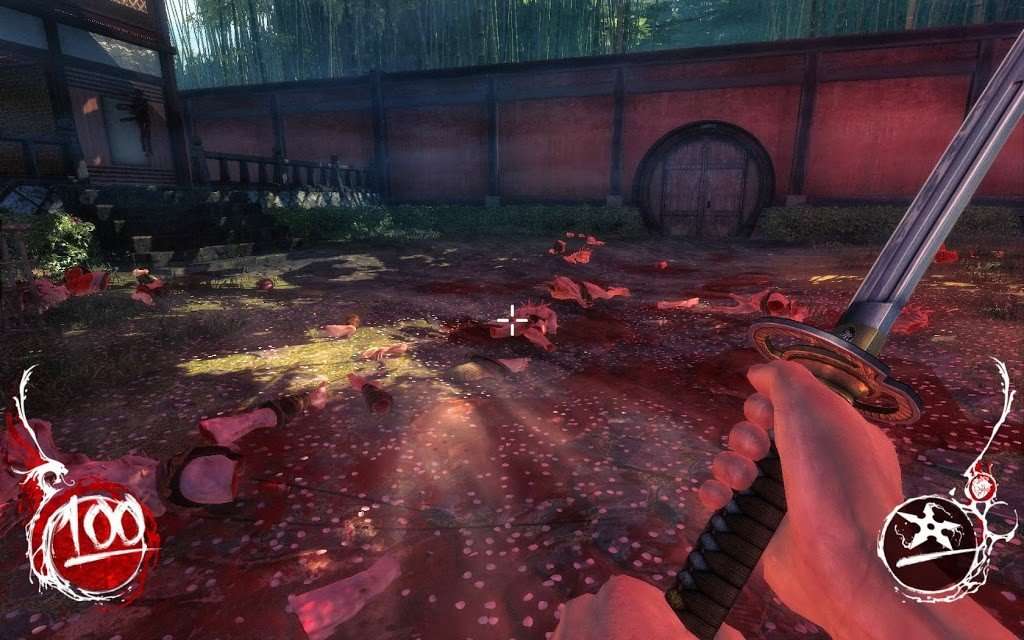 As I said, many of the weapons from the original game make a return. Shurikens, Katanas, Demon Hearts and even the Demon Head are all back in this go-round.  Also returning from the original game are hidden fortune cookies scattered around the various levels. These provide a small boost to your health as well displaying an amusing message. Occasionally, you will uncover secret areas that are textured like the old build engine game. The first time I encountered one of these blocky areas, I admit to chuckling out loud. The developers really made sure to provide enough throwback Easter Eggs to keep the classic players amused. But aside from these cute inclusions, this game is very much its own monster. 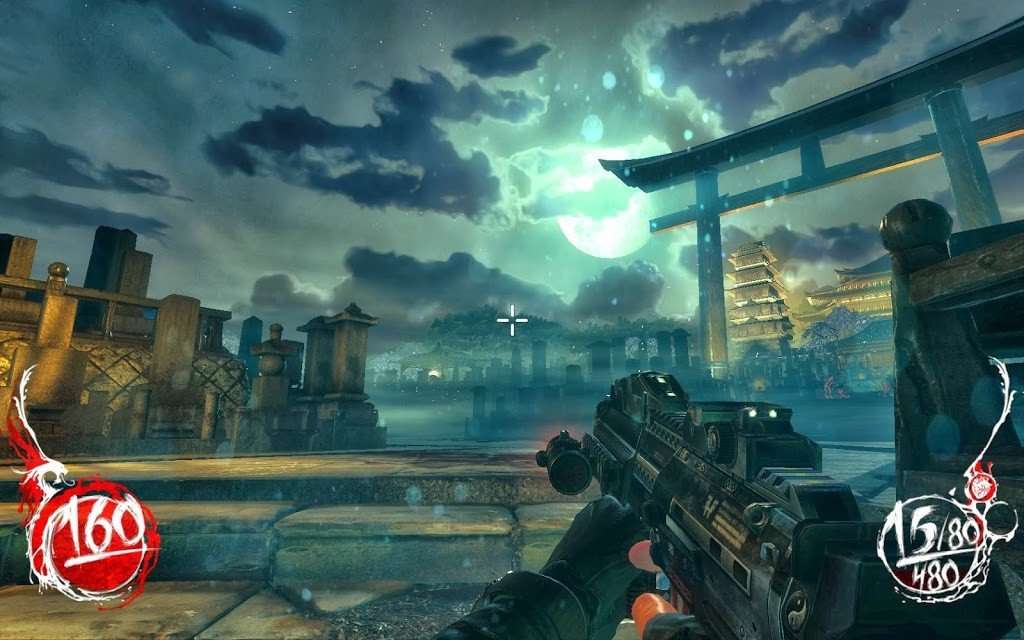 For an FPS, I found this game to have a pretty solid storyline. The story unfolds through the game thru dialogue between Wang and Hoji. Bigger details are revealed thru animated cutscenes between some of the levels. Its actually quite an epic story, but the ending left me wanting a bit. I wouldn’t be surprised to see some story-expanding DLC in the future.

That brings me to another worthy mention. Steam players get access to free a “dlc” game, that is actually a separate download. In this quirky title, you get to play as the janitor who has to clean up all the body parts Lo Wang has left behind. Weird, but free. So who’s complaining.

One glaring feature that’s missing is any form of multiplayer. This title is single player only. It’s a bit of a shame too. Many of the weapons seem designed with multiplayer in mind. But I believe its been confirmed that this will remain a single player title only.

All things considered, I enjoyed the game quite a bit. I’m not 100% sure it was worth the price I paid, but I didn’t feel ripped off either. As someone who pre-ordered the game, a special version of the Katana is available. Although, the default sword is quite a big part of the story, so using the DLC version kind of breaks the immersion a bit. There’s also a handful of other silly items available for those willing to shell out the money for the Collector’s Edition. Also, Saint’s Row IV players unlock a super special weapon…. but I passed on that one. Beating bad guys to death with a rubber dong is not really something I’m interested in.

One final note; this is a very mature game. Very bloody and graphic. There’s tons of strong language. 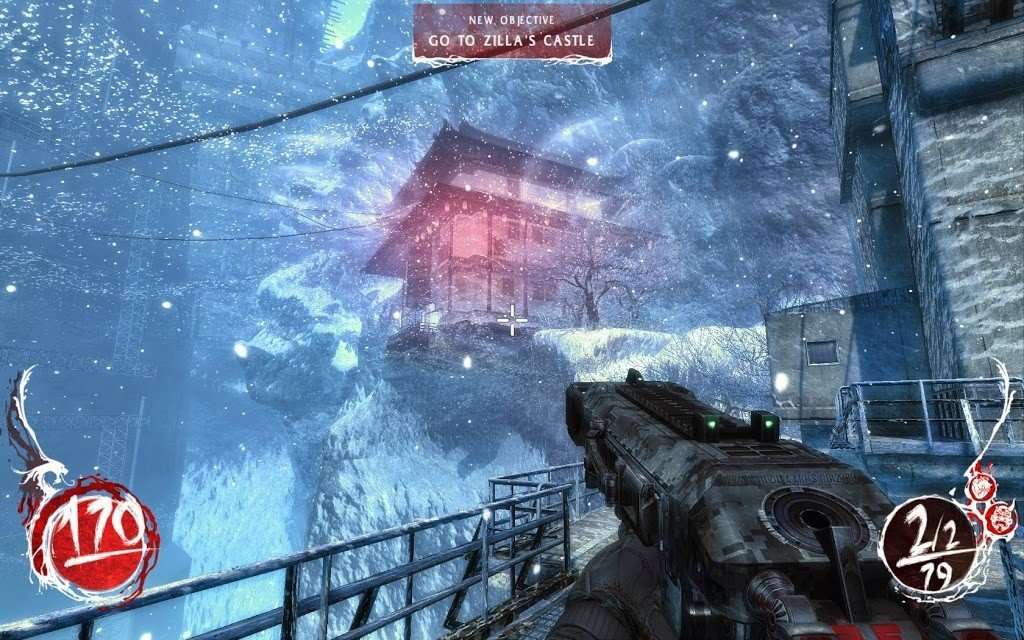 Difficulty: Variable–  The game includes a number of difficulty settings. Admittedly, I played thru the game on low difficulty. I was more interested in seeing what a modern day Shadow Warrior was going to look like than I was looking for a challenge. I did mess around with the others settings and everything seems to be quite appropriate. There’s something for everyone here.

Story: As I said, the story is surprisingly deep. It mostly unfolds as you play the game and I don’t wish to spoil anything. It reminds me a lot of something you’d see in a Wu Xia film.

Originality: Being a remake, there’s many ideas borrowed from the original game. But there’s also a lot of unique features too. There’s really nothing that’s ground breaking here. But I do feel that the combat system is a pretty fresh development in this title. It felt new to me.

Soundtrack: The music is very well done, but fairly repetitive. Nothing I was really dying to listen to over and over.

Fun: I found the game to be quite enjoyable. It was certainly worth my time, but I wasn’t really motivated to play through it again after finishing it.

Graphics: Graphically the game is amazing. The detail is fantastic and the environmental effect are very well done. This is one of the strong points of the title.

Playcontrol: The default controls are very easy to grasp and feel natural for the title. it’s your standard WSAD game. No issues here.

Value: New game that sells at a premium price. To be honest, it’s well worth the asking price. But some may want to catch it on sale.

Overall score (1-100): 80 – Shadow Warrior 2013 is certainly a solid game, and it is one that I recommend. That being said, the pricetag of $40 seems a little too much for what you get. I find it a bit hard to recommend at this price. But in few months when it drops to say, $19.99 I have to suggest grabbing it. It’s a bloody, violent mess. But, that’s exactly what its supposed to be isn’t it?