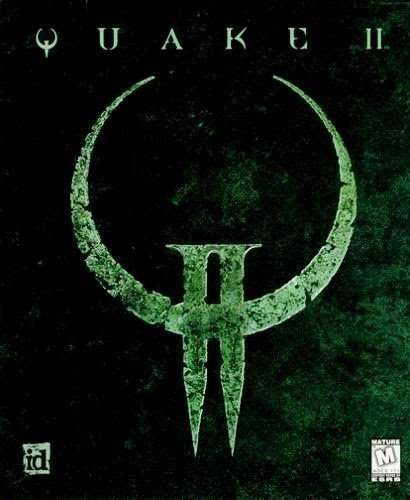 Next up in the Oldschool File is another FPS classic: Quake II. After Quake took the Internet by storm, id Software was quick to develop a proper sequel. Quake II takes most of what was popular about Quake and pops it up a notch.

One of most hailed aspects of the game is its multiplayer. I’ll touch on that in a minute, but first let’s take a look at the single player scenario. This game is not really a direct sequel to the original Quake. Whereas the original game showcased a “space marine” fending off an invasion of inter-dimensional beings, Quake II features a different scenario. In this game, you play as a member of an Earth-based invasion force.  The game opens with a cutscene showing the human forces preparing to invade and attack an alien world. The aliens are known as The Strogg and they have recently made an invasion attempt of their own on Earth. The plan is to bring the fight to the Strogg and launch an all-out counter-attack. During the descent to the alien world, our hero’s fighter is clipped causing him to fly off course and crash. Meanwhile, the Strogg launch a surprise defense, a super weapon called The Big Gun. Instantly, almost the entire fleet is wiped out in one fell swoop. Only our hero and a handful of other soldiers manage to survive the assault. This is where the game begins. Our hero attempts to infiltrate the alien stronghold, lone wolf style, to bring down the Big Gun so that more forces can be sent in. Of course, its never that simple… 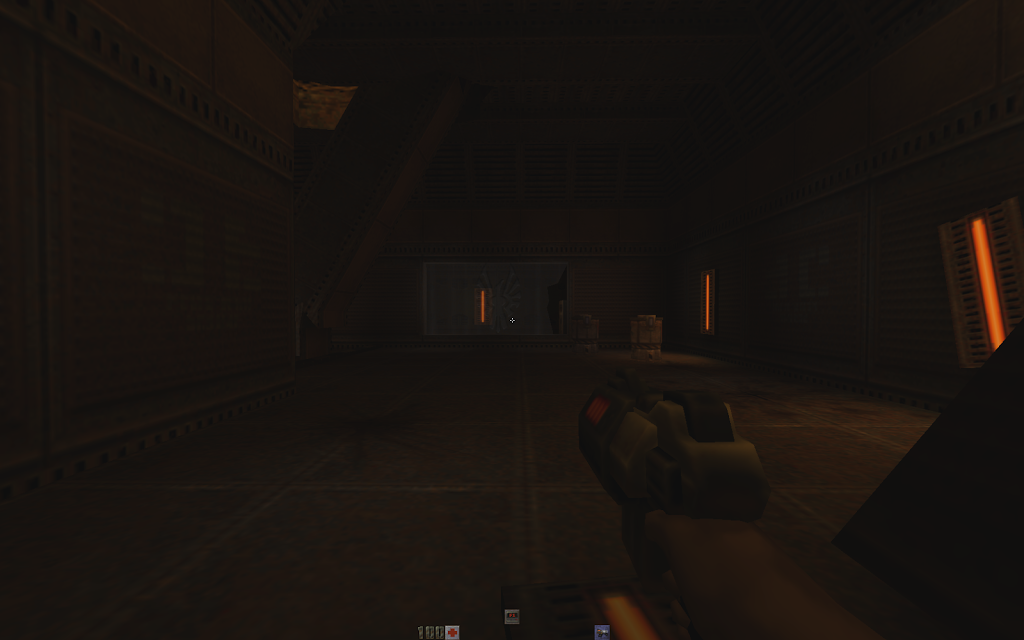 When it comes to story, Quake II certainly has a much better scenario than the original game. The game story is driven by an on-screen communication device that will flash new objectives from time to time. I really enjoyed this feature and I feel it helped to fill a gap in terms of storyline that many games from this era lacked.

The weapons and other items in the game also feel very improved. Everything from the detail of the models to the way the weapons function are a step above the original game. The enemy AI also seems to be much more intelligent. But one of the best things about Quake II when compared to the original game is the level design. The stages are very well done and engaging.

Aside from the main scenario, there are also two additional Mission Packs. These add-ons feature the sidestories of alternate soldiers and the part that they played in the Strogg invasion. If you find yourself to be a big fan of the main scenario, these may be of some interest as well. Like most id Mission Packs, there’s new enemies and weapons. The expansions are interesting but in my opinion, they were not nearly as good as the main game. 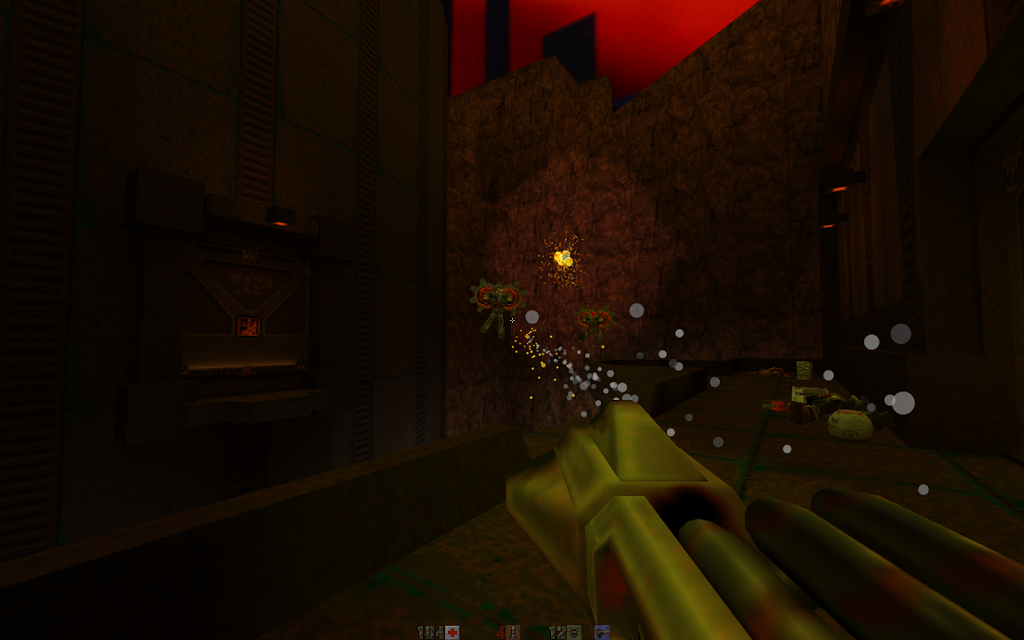 As I mentioned earlier, probably the most popular part of Quake II is the online play. Even today, over ten years later it is not at all difficult to find active multiplayer games going if you know where to look. The multiplayer features include the standard Deathmatch that one would expect, but also features co-op and Capture the Flag play – right out of the box. Out of the three, CTF is probably my favorite way to play Quake II online. Back in the day, I was even an active member of an online clan. I still know those CTF maps like the back of my hand.

All in all, Quake II marks an important milestone in the FPS genre. It’s another one of the those must-have titles for any serious online gamer. 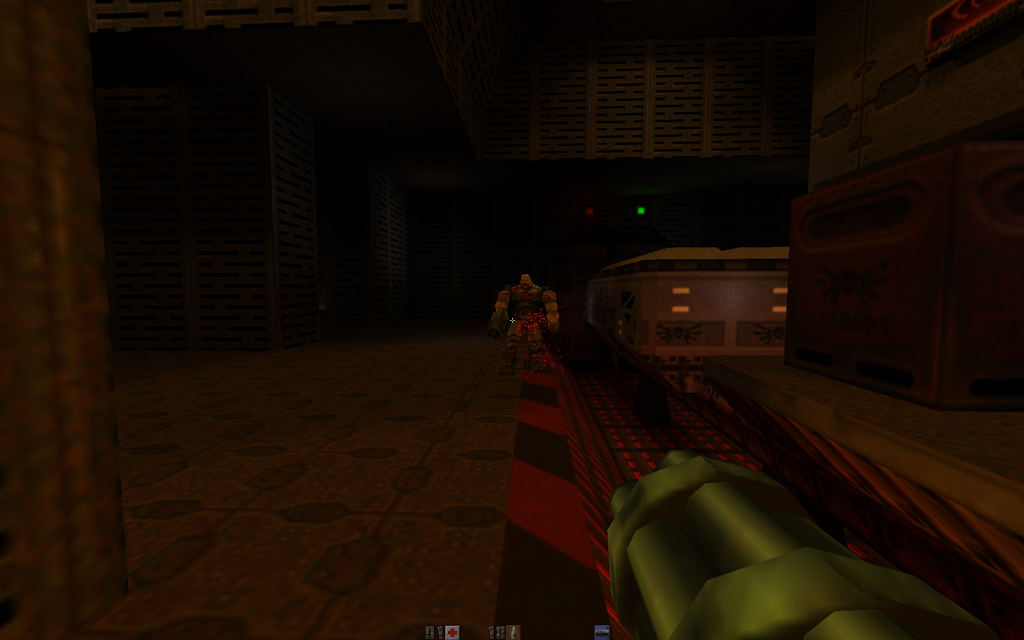 Difficulty: Variable–  As expected, there are several options for difficulty for the single player campaign. The difficulty options feel very appropriate. Of course, when you play online, the difficulty is strictly determined by the skill of the other players. And trust me when I say that there are some BRUTAL players out there…

Story: I was glad to see the creators spend a little time on a backstory for the game. The scenario is interesting. The opening cutscene is a classic and leads you right into the opening of the game. Not as engaging as many modern games, but Quake II was an important step in the right direction.

Originality: As far as originality goes, there’s really not much here. Everything here had been done in previous games. Of course Quake II demonstrates a natural evolution, but there’s nothing breakthrough brought to the table for the first time here.

Soundtrack: No more Trent Reznor, but Quake II offers a pretty good soundtrack. Most of the levels start off with some type of Metal riff, but they eventually succumb to silence. The music does a good job at getting your pumped early on, but it does become a bit repetitive later on.

Fun: If Quake II is anything, it is fun. The single player scenario is entertaining a time or two, but the real fun lies in the online play. The game comes with enough multiplayer maps to keep anyone busy for a while, but of course there’s countless maps out there on the net. You’re only limit is your attention span.

Graphics: The Quake II engine is certainly a step in the right direction. It shipped with a number of 3D acceleration options and even included a software renderer for older machines. Compared to today’s games, its certainly dated, but it actually holds up pretty well. Of course, at the time of release it was state of the art. As usual with games like these, there is an unofficial patch that supports modern resolutions and options.

Value: Quake II is typically available today for under $10 and is very much worth the price.

Overall score (1-100): 95– Another classic from id Software and the one of the biggest online games ever. Quake II is not to be overlooked. It’s aged well and I consider it to still be relevant today. This game comes highly recommended.