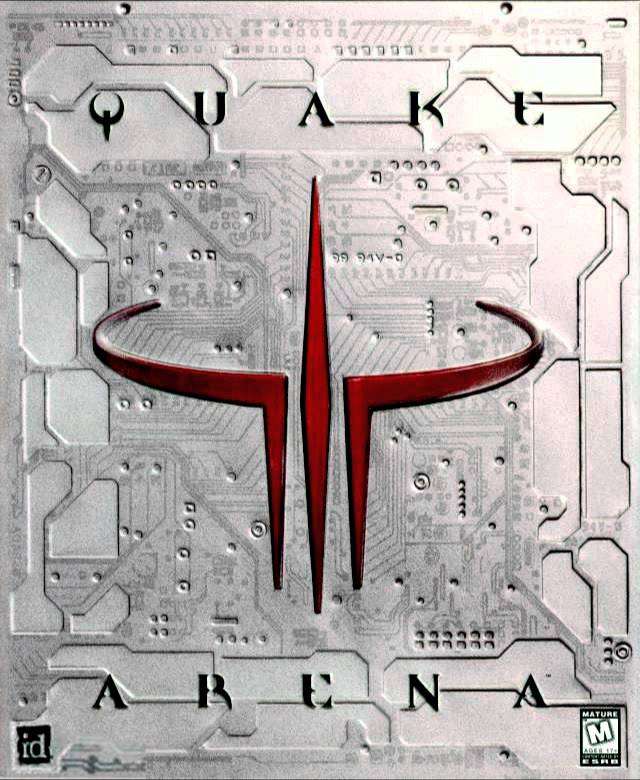 Right on the heels of my Unreal Tournament review, comes my thoughts on its main competitor; Quake III Arena. Both of these titles are similar in terms of gameplay and they were released only days apart. So how does Quake hold up? Let’s see.

First, let’s talk about what Quake III is not. It is not a direct sequel to either of the previous games in the series. Nor is it packed with loads of single player content. Quake III, much like Unreal Tournament, was designed to be a multiplayer/arena style game. It does feature a brief single-player scenario to help new players get familiar with things, but this can easily be played through in a matter of hours. The single player campaign features a very loose story regarding a race of aliens that pluck contestants from various points of space and time and force them to fight in gladiator style areas for their own amusement. Once you’ve got your feet wet against the computer, you’ll be ready for the true focus of the game, which is pure multiplayer action. 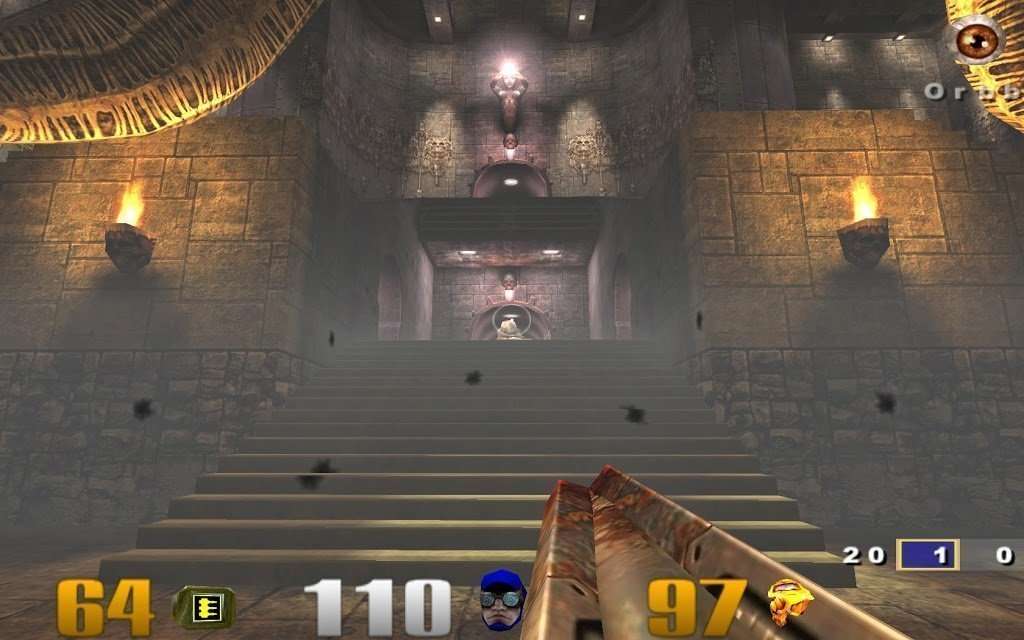 As far as the game goes, it is very well done. The arenas are plentiful and fairly diverse. The level design certainly has that “Quake” feel to it. But I found the arenas to be rather small and somewhat overly symmetrical. I found some of the best maps to actually be community created content. The weapons are diverse and will be familiar to anyone who has played the previous entry’s in the series. One big gripe I have with the game though has to be the character models. They seem to be well done overall, but the models don’t really feel like they belong. Some of them are cartoonish, while others are photo-realistic (featuring the faces of the developers). I couldn’t really find one that really suited me.

The gameplay itself feels a bit looser than UT, but that’s not necessarily a bad thing. The slicker playcontrol in this title gives the illusion of faster-paced combat. But If you’re used to the feel of UT, there’s a small period of adjustment that will take some getting used to. 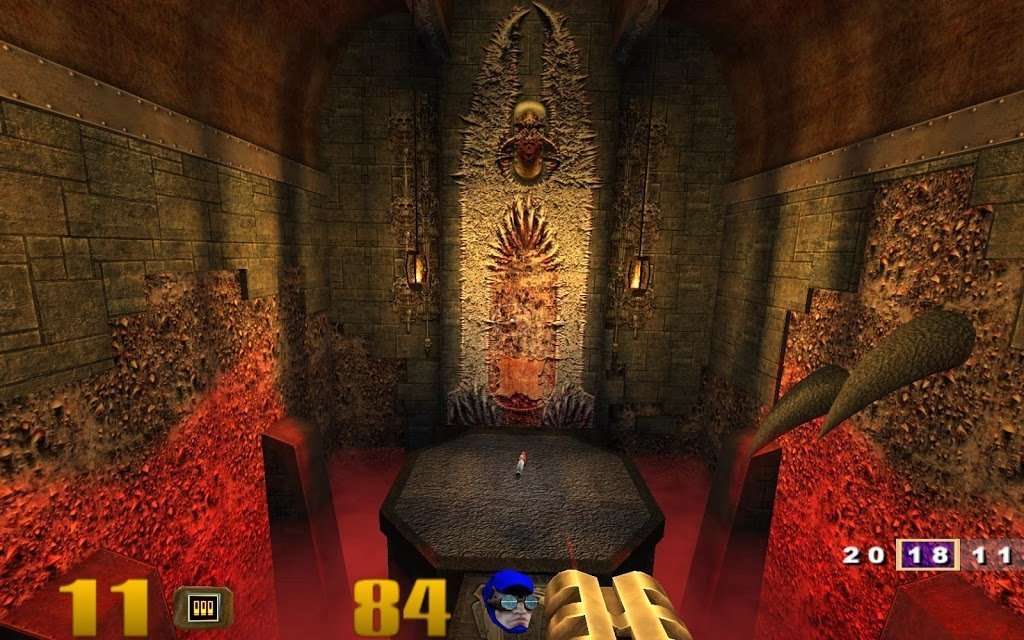 Overall, as a combat arena themed game goes, Quake III is a classic and ranks right up with the best of them. However, there’s quite a bit of content missing from the original release. Aside from Deathmatch, there are not other modes of gameplay available unless you purchase the “Team Arena” addon.

Quake III Team Arena is a separate product that adds new gameplay modes like Capture the Flag, Overload, and Harvester. These styles of play are mostly team-focused but feature some alternate gameplay modes that multiplayer gamers have come to expect. The odd thing is that they are not available free of charge (as they always have been). In its day, these features seemed to cost quite a bit and many players initially overlooked the expansion. These days, the two games are often bundled together for one low price.

Quake III was a juggernaut when it hit the scene. Despite some of its shortcomings, it was unarguably the gold standard for first-person shooters for many years to come. 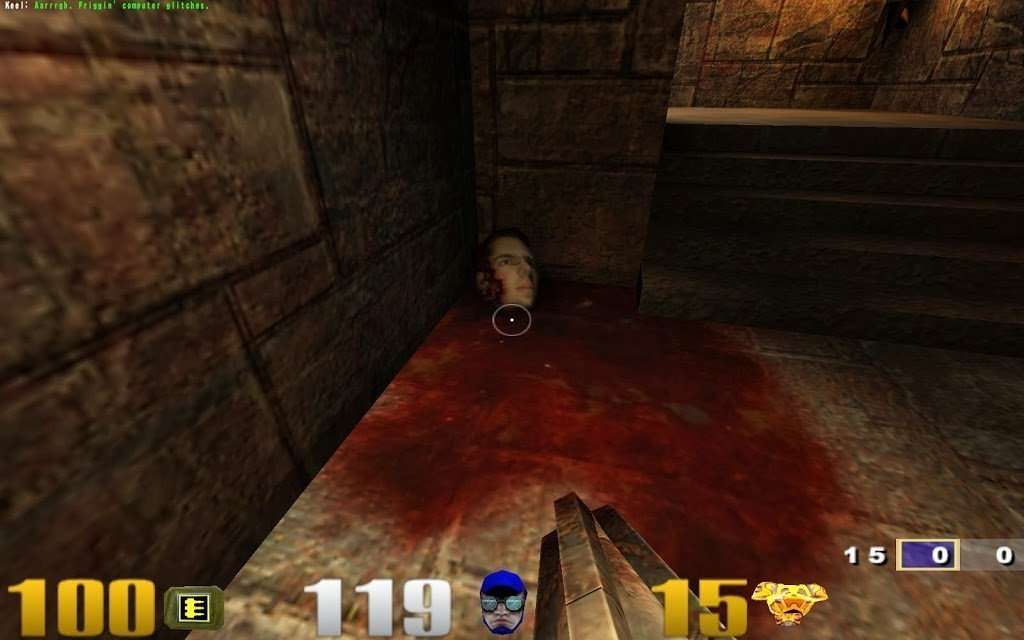 Difficulty: Variable–  Needless to say, all bets are off when playing against other people. The difficulty in multiplayer mode is directly related to the skill of your opponents. In the single player campaign, you can choose between several skill options. The AI is pretty good, but it does feel to be a bit more automated than UT.

Story: The background story in QIII is pretty weak, but do we really need much of one?

Originality: Many people wanted to point fingers at either Quake or Unreal back when these games came out. The debate over who ripped who off were endless. Despite both being arena-deathmatch focused games, each title feels pretty unique. Quake III certainly manages to keep the “techno-gothic” feel the series is known for.

Soundtrack: The background music very appropriate and well done. The sound effects are familiar and somewhat recycled from other games in the series.

Fun: Despite its age, Quake III is still fun today. It’s still fairly easy to find active players on the net, although many of them have moved to “Quake Live” (a free and mode modern version of Quake III Arena). The BEST way to enjoy Quake III today might be with a group of friends. But make no mistake, there’s lots of fun to be had.

Graphics: Quake III has a very unique graphical style. If put head to head against UT, I feel that QIII comes in second place. Although, I have to admit, many of the arenas have some very well rendered visuals. Despite this, the overall graphical tone of the game seems just a sub par.

Playcontrol: The default controls are pretty much perfect. The modern standard of WSAD is included out of the box and is implemented flawlessly. The mouselook seems to be a bit looser than previous games in the series. This can be adjusted, but even in its default state doesn’t take much getting used to.

Value: Quake III and Team Arena can usually be found together for under $20 online. This is a fair price considering the content. However, keep in mind Quake Live is essentially the same game and completely free.

Overall score (1-100): 90 – Quake III is an excellent multiplayer game.  I recommend it to almost anyone with an interest in these types of games. However, when compared directly with Unreal Tournament, I have to say I feel it falls a little short. Don’t let that put you off though. Quake III is definitely worth your time.