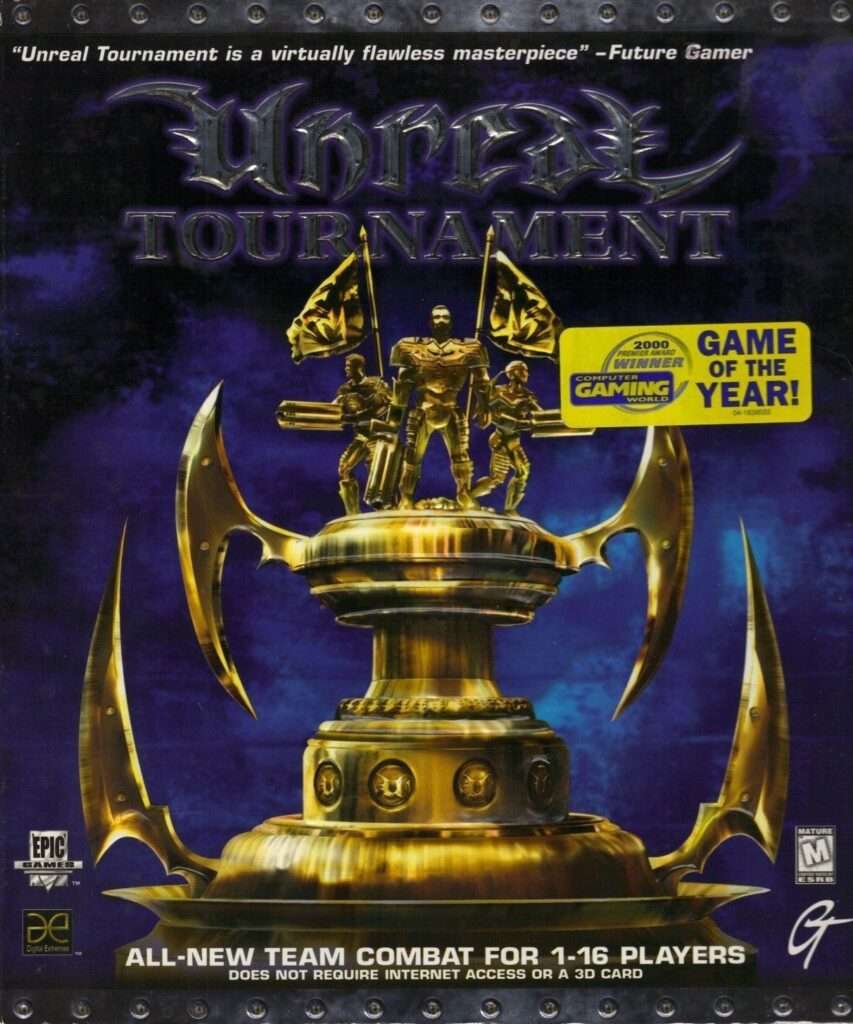 Continuing my dig thru the archives brings me to the ever popular Unreal Tournament. This game is not a direct sequel to the original Unreal, instead it is designed solely around the concept of a multiplayer arena. The nasty multiplayer code from the original game was fixed and enhanced with an in-game server browser allowing players to find live ongoing games at any time. This game also takes the beautiful graphics of the original Unreal and boosts them even further with the inclusion of optional high-definition textures and few tweaks here and there. I should note that the game focuses on violence and is pretty graphic and bloody. (But, honestly, that is kinda what makes it so cool.)

In UT there are a number of gameplay options. These include: Deathmatch, Capture the Flag, Domination, and Assault. While the first two are pretty recognizable to most, Domination and Assault may be a bit unfamiliar. 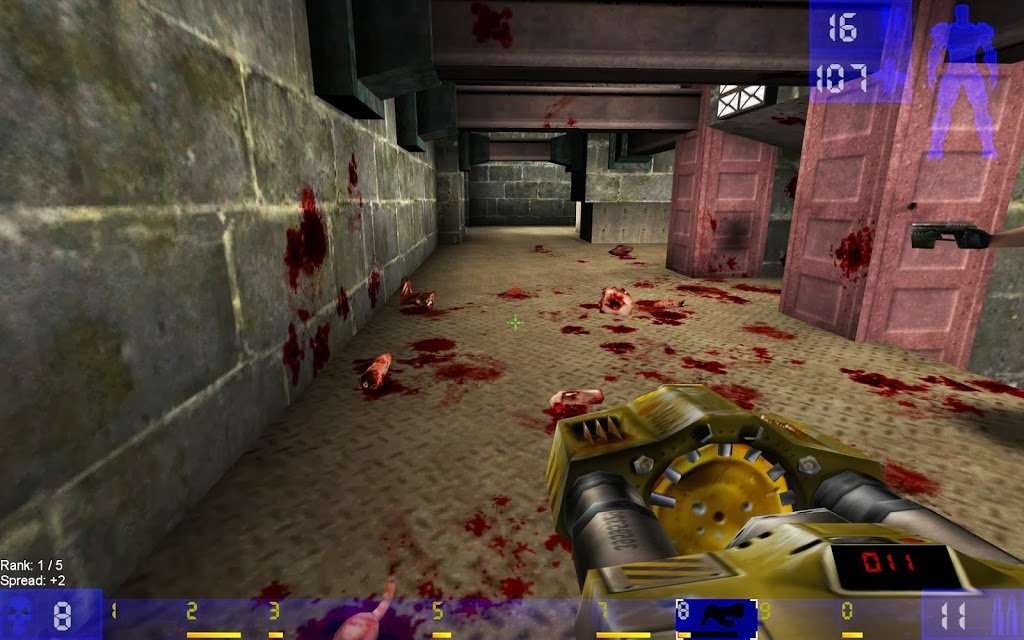 In Domination, players are divided into teams and must try to tag several “control points” on the map. Once these are tagged, that team will earn points as long as they maintain control over those areas. If the point is tagged by an opposing team, that team will earn the points instead. Whichever team earns a predetermined number of points will be declared the winner.

In Assault mode, players are again split into teams. An offensive team and a defensive team. In this mode, the goal is to invade the defending team’s base and complete a number of objectives in a pre-determined amount of time. If this is completed, the sides switch and the previously defending team now have to complete the same assault they previously defended against and they have to do it in whatever amount of time the previous group was able to achieve.

I found these modes of play to be unique and very original. I’m not sure there was anything like it at the time the game was released.

Aside from the built-in modes of play, there is a variety of mods and other community-created enhancements for the game available. During my recent playthrough, I encountered a number of custom maps, weapons, and even modifications that changed the basic physics of the game. When digging through the server list, you never know what you might encounter out there. It’s also important to note, that some of these mods are not always “safe for work”, as the “Hot Bang Porno Theater” level I stumbled my way into. So beware, these mods all download automatically when you join the server hosting them. 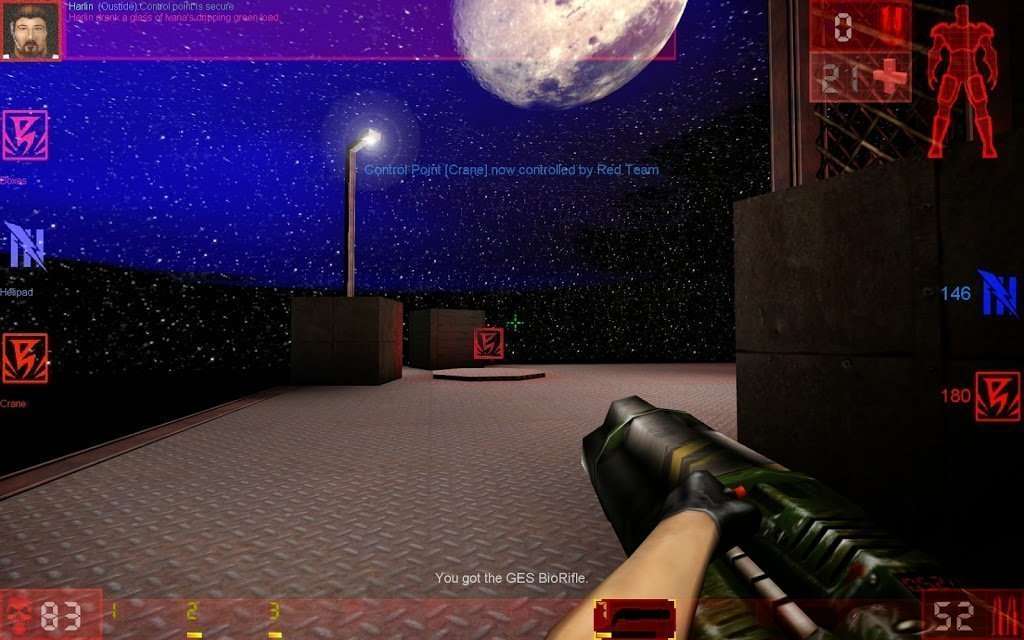 Yes, the single player mode does has some semblance of a story, which I guess actually carries over to multiplayer mode as well. In Unreal Tournament, you are a competitor in a series of high-tech gladiator style tournaments hosted by an extremely powerful corporation known as Liandri. The tournaments have become a shady, but legal method of sadistic entertainment. So there you have it.

Unreal Tournament, like many games of this type offer a number of interesting weapon options and various helpful items such as armor and in some cases, relics that boot your abilities temporarily.

There are four official add-on packs that add new player models, maps and other little goodies. Modern players will probably also want to seek out some of the unofficial patches that really help the game function on modern hardware. I found that a large number of active servers also support these unofficial patches as well. 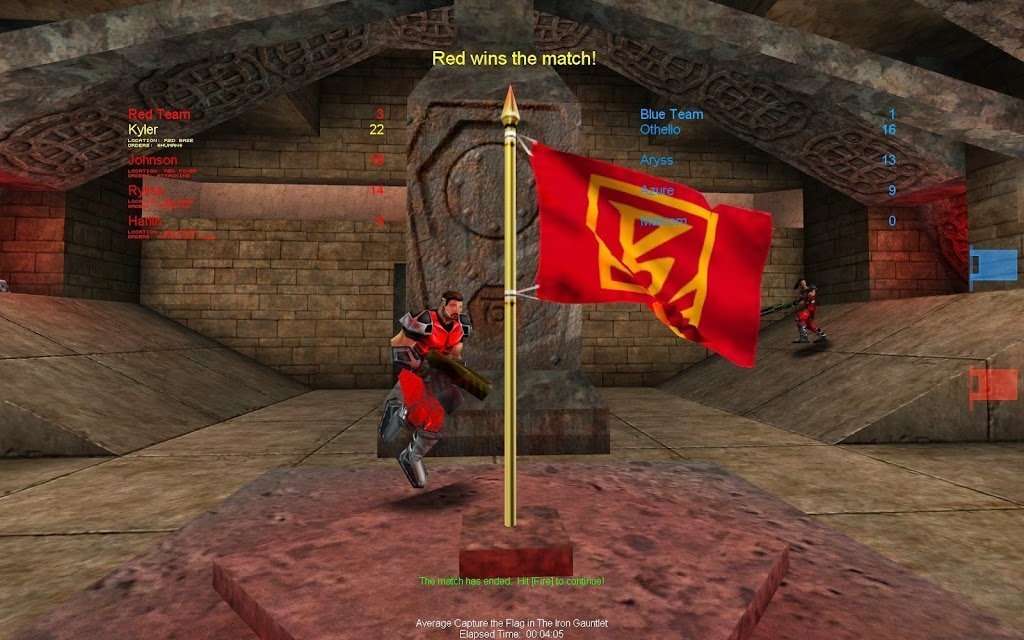 Difficulty: Variable–  Needless to say, all bets are off when playing against other people. The difficulty in multiplayer mode is directly related to the skill of your opponents. In the single player campaign, you can choose between several skill options. I founds these to be very well done and accurate. The AI that the bots in the game display are really spot on.

Story: The background story is a nice addition to a game that is essentially an e-sport. While a little shallow, it does seem that the lore of the Unreal universe does tend to become clearer with each game in the series. At beginning of each match in the single player mode, you’re also given a little lore snippet of the area and the other contestants in the game. This is a nice touch.

Originality: Technically, Unreal Tournament was the first of the big name “arena” style deathmatch games. It was released a mere few days before the juggernaut Quake III Arena. In terms of design, both games are similar. But Unreal Tournament offers multiple modes of gameplay right out of the box. I’m not sure which of these two titles was actually announced first, but its safe to say that each game is different in its own way, and UT certainly offers a slew of unique features and gameplay elements.

Soundtrack: The background music very appropriate and well done. But overall doesn’t stand out in any particular way.

Fun: If you enjoy multiplayer FPS games, you can’t go wrong with UT. Even today, fifteen years or so after its release, there’s still an active community of players. With a variety of gameplay options to choose from, there’s a little something for everyone.

Graphics: Gorgeous. Even by today’s standards. For the best look this game has to offer, I recommend finding an updated openGL addon for the game, and installing the HD textures that are included on the second CD. If you purchased the game on Steam, these can also be found on the web with just a little sniffing around. The screenshots in this review should speak for themselves.

Playcontrol: The default controls are pretty much perfect. The modern standard of WSAD is included out of the box and is implemented flawlessly. Even the mouse-speed (which is customizable) seems to be exactly right.

Value: Sells for under $10 on Steam. Very much worth it at this price.

Overall score (1-100): 95 – I love Unreal Tournament. Until this playthrough/review it had been years since I touched it and I was surprised at how well it’s held up. My original intent was to simply play through the single player scenario and write my review, but I was have having so much fun that I spent another day just exploring various servers and checking out all of the random mods out there. This game is an excellent example of a multiplayer PC title.