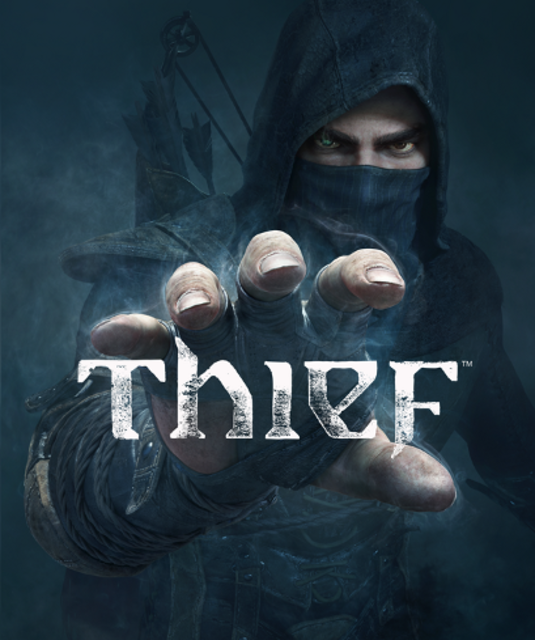 This review took a bit longer to put together than I anticipated. My total playtime through the newest entry in the Thief franchise was just over 35 hours, so forgive me for taking a while to get this review posted. However, I’m happy to report that despite many of the dismal reviews out there on the net, I thoroughly enjoyed my experience with this new version of Thief.

As you may know, I enjoyed the original Thief back when it was released in 1998. I admittedly have not had any experience with either of the two original sequels (I plan on fixing that soon), so when I heard SE had purchased rights to the franchise and were rebooting the series I decided to go ahead and pre-order it and jump right in on day one. That’s exactly what I did.

Without spoiling anything, I do want to mention that after playing through this new game, the lines between reboot and sequel have become a bit blurred. It seems that this game does take place in the same universe as the original three Thief titles. Aside from several interesting similarities, in this game you play a different “Garrett”. This Garrett still lives and operates in The City but it seems that several generations have passed since the original series and his connection to the original character, if any, are unclear. 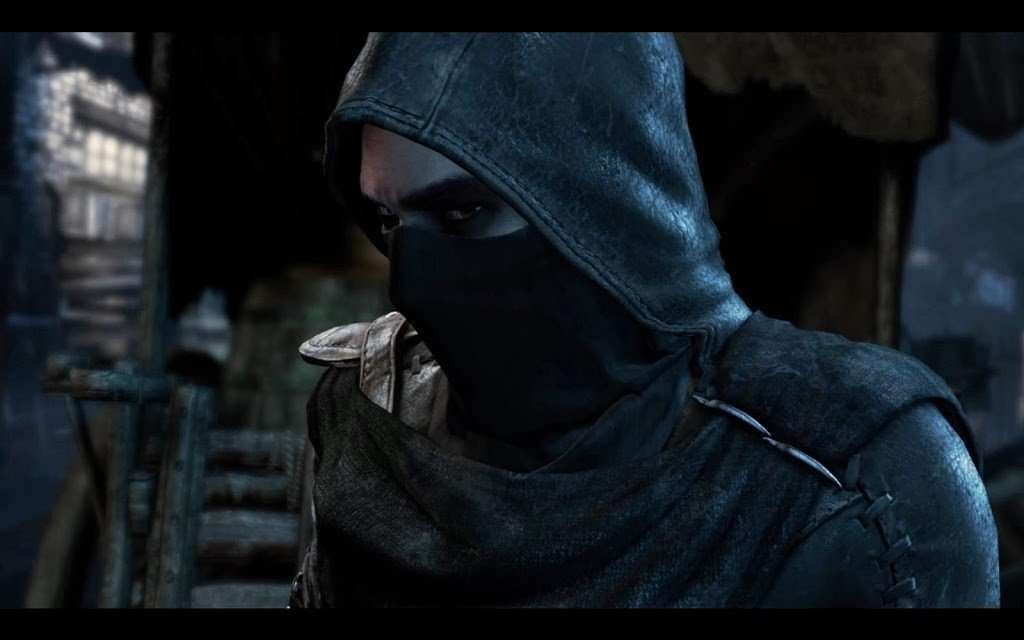 The game begins with Garrett and his companion Erin, sneaking about the town doing what they do best. The pair fall into a sticky situation and Erin seemingly falls to her death as Garrett passes out. When he awakens, he learns that he has been missing for nearly a year. During that time, A strange sickness has began to spread through The City and things are near boiling point among the local and various political factions. Garrett is determined to figure out what happened to his missing time and uncover and further details about the fate of Erin. This is where the game begins.

The main game is divided into eight chapters. At the end of each chapter, Garrett returns to his hidden base in The City’s clocktower. In between the chapters Garrett has full roam of the city and can undertake various thievery jobs or sidequests. Once a chapter has been completed, it can also be repeated. The bulk of the story is unfolded by completing the main chapter scenarios, but there’s a ton of background lore and subplots that can be discovered by taking on sidequests and just exploring and looting various locations within The City. During my play, I completed the game and all of the sidequests, but fell short of finding all unique items and secrets. I plan to revisit the game later when the mood strikes me.

The focus of the game is to follow the story missions and help Garrett complete his objective. However, a big part of the game is finding and stealing various treasures and trinkets. Once an item is stolen, it’s value goes directly into Garrett’s pocket. This gold can be spent to purchase weapons and various thief tools. The game does not feature an experience point system, but throughout the game Garrett will earn Focus Points. These can be used to improve skills and unlock abilities. 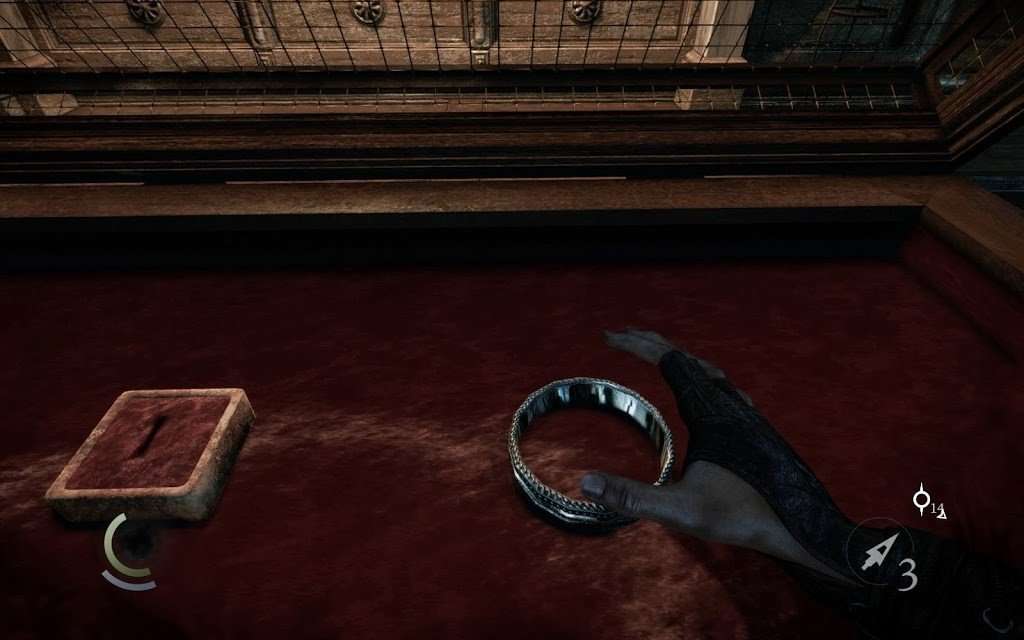 There’s a lot of similarities in this game to the original series. As Garrett sneaks about the city, shadows are your friend. You are virtually invisible when shrouded in darkness and motionless. Most enemies can detect you by both sight and sound. So staying out of sight is important, but so is treading lightly. Running and walking on uneven surfaces can alert others to your presence. Famous tools such as Water Arrows make a return in this game, enabling Garrett to extinguish torches from a distance. But even a suddenly extinguished torch can raise suspicions. The game also features a Focus Mode that Garrett can use to help detect lootable items or traps. Once activated, the focus meter will begin to drain. If empty, Focus Mode is no longer available to use. Focus can also slow time down to make pickpocketing and combat a bit easier, so use it wisely.

As I mentioned earlier, Garrett can also find and acquire unique items. Unique items are displayed at Garrett’s hideout in the clocktower. Aside from being a challenge to locate, looking pretty and unlocking achievements, unique loot has no other value in the game.

Graphically, the game looks amazing. Thief uses the Unreal-Engine and everything is very well designed. I was really impressed with the visuals of the game. But performance-wise, the game is hit or miss. At first, I thought maybe my machine was unable to handle the game on high settings – so I lowered things a bit and it only seemed to make them worse. This leads me to believe that the game is poorly optimized. About halfway through my time with the game, a patch was released, upping the game to version 1.2. This did seem to improve things a bit, but I still experienced some stuttering and other weird performance issues. I expect these to be addressed over time, but I was a little disappointed to see how glitchy the game seemed at launch.

Also, while large parts of the game play seamlessly, there are quite a number of load screens when navigating around The City. This can sometimes be a bit annoying when hunting down sidequests or simply trying to move between several areas. This is also a good place to note that there are no real shortcuts in Thief. No warps, no waypoints, nothing. If you want to get from the south side of the city to the north side. You’ll have to navigate it all on foot. You will likely spend about 10 minutes and encounter 3 or 4 loading screens in the process. 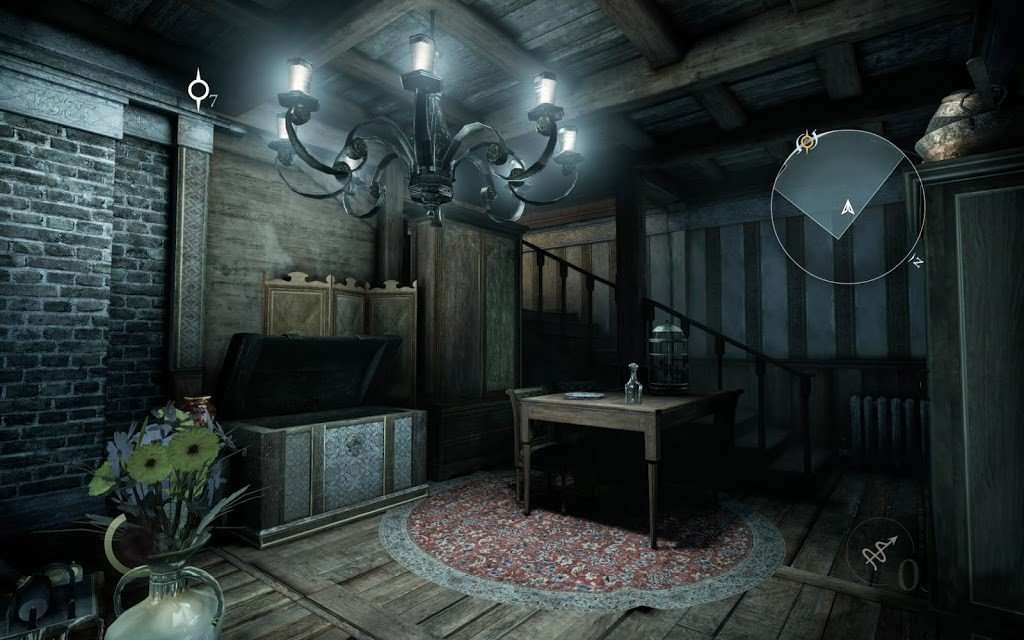 Aside from some of these technical annoyances, I found the game to be superb overall. Atmospherically, the game is fantastic. The City is brought to life and really feels like a living, breathing location. Of course the more memorable locations are presented during the story missions. During the game you will explore a mansion, a brothel, and a haunted asylum to name a few. I should also note that this game has a Mature rating for a reason. There’s a some pretty rough language and even bits of nudity. Also, the asylum is not for the faint of heart. That level is probably one of the creepiest things I have ever seen in a video game. Hats off to the developers here. Fantastic job.

People who pre-ordered the game also have access to a special in-game mission called “The Bank Heist”. I expect this is be available to all as downloadable content in the near future. — Note: It is quite obvious that this mission was intended to included as part of the main game when it was designed. It feels like it was simply locked-out later for anyone who didn’t preorder the title. This is a practice that I have come to despise in modern games. Shame on SE for stooping to such antics.

Once you have completed the main scenario, you are able to explore the city and replay chapters as you wish in attempt to find any unique loot that you may have uncovered. There’s also a Challenge Mode, that allows you to revisit several locations from the game. Challenge mode pits you against a clock or gives you certain objectives to conquer. There is an online leaderboard for this mode of play, and it seems that future DLC will focus around the challenge mode and not the single player experience. I’m interested to see if I’m wrong on this. Time will tell. 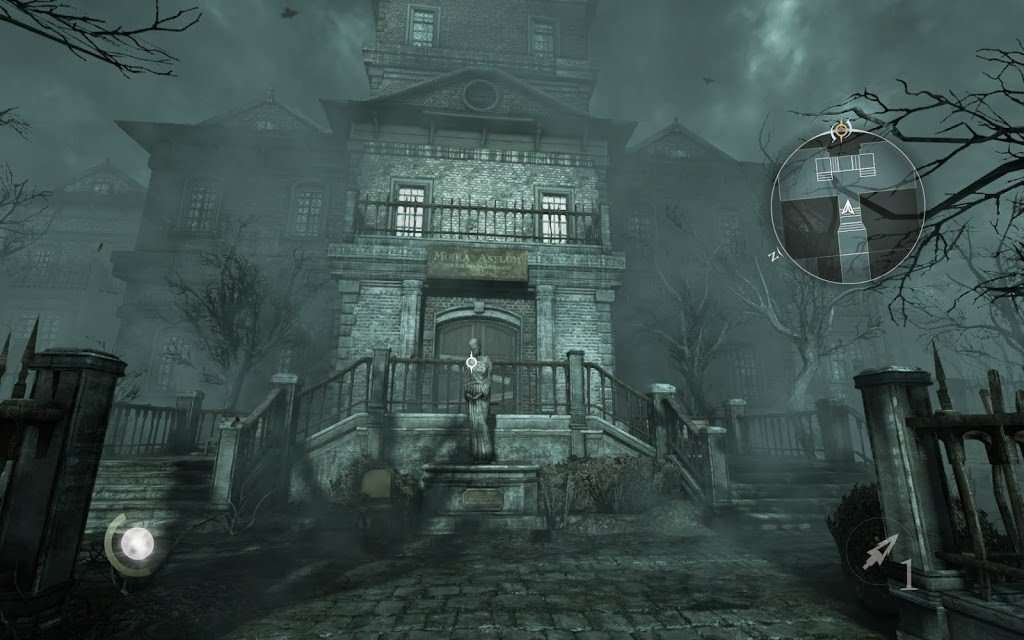 Difficulty: Variable–  Thief offers three basic difficulty levels. I actually recommend playing on the middle (default) setting. The easy setting actually seems to be a bit too simple. While the hardest setting will feel a little more comfortable for players of the original franchise. There’s also a custom difficulty option that allows you to tweak almost every aspect of the game’s challenges. The game also analyzes your play-style and provides you with one of three styles of play at the end of each mission, so trying to complete the game in different ways also adds some additional fun.

Story: The story behind the game is very rich and well done. If you’re fan of the original series, you may actually take away a bit more from the plot than a new player. The ending of the game seems a bit lacking unless you pay really close attention… so keep that in mind. If you blink you’ll miss it.

Originality: The game borrows heavily from the original franchise, while also integrating several elements seen in other recent Square Enix titles (optional objectives like those in Sleeping Dogs, and player upgrades like those from Tomb Raider). I’ve also seen several comparisons to Dishonored, but that is a game I’ve never played, so I cannot speak on this.

Soundtrack: The game for the most part focuses on realistic ambient noise. Music only plays when Garrett is detected or during other high intensity places in the game. I found the use of the game music to be quite effective and appropriate. Excellent stuff here.

Fun: A lot of people on the net have had some pretty negative things to say about the game, but I had quite a bit of fun with this title. Despite putting in nearly 40 hours in a single playthrough, I found myself wanting a more. This is always a good sign.

Graphics: This game is a good example of what the modern Unreal-Engine is capable of. The game has a very gritty and dark feel to it, design-wise. I found it to be very well done. Lighting and fog effects are used appropriately and look really great. Thief is a shining example of what moderns games are capable of.

Playcontrol: I played the PC version of this game, and I feel the default PC controls were very well done. I ultimately decided to use an Xbox 360 controller because of the good experience I had with it during both Tomb Raider and Sleeping Dogs. The gamepad controls were intuitive and felt natural.

Value: Being a new game, it sells for a premium price. If you’re on the fence it’s safe to bet that the price will come down rather quickly. SE is notorious from dropping the price of their games shortly after launch.

Overall score (1-100): 75 – Thief is a really good game but it’s far from perfect. If you’re a fan of the series, I think it might be worth paying full price for it. If not, it may be better to wait a few months for the price to drop a bit. Even if you’ve never played any of the original titles in the series, this game is a starting point and is pretty accessible to nearly anyone. Fans of stealth and exploration game will really find it especially enjoyable. If you’re going to play it, go all out – turn off the lights, light a candle and wear a hoodie. Chapter four is one heck of a ride.