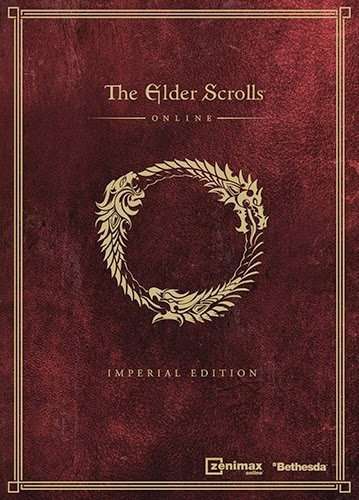 As promised, I have finally put together my initial thoughts on The Elder Scrolls Online. I’ve spent the last thirty days giving the game a good run and this is what I’ve concluded: In my opinion, the game needs work. At this time, it’s certainly not the game for me.

Let’s me preface this by saying, that I’m not an Elder Scrolls fan. I don’t dislike the series, I just simply have little experience with it. At the time of this writing, I have not played the first few games in the series and I’ve only logged about ten hours in Skyrim. I’m very much an Elder Scrolls newbie. This may be my whole problem.

I know the series by reputation and since this game is chronologically the first entry in the series, I was excited to see what an online version of The Elder Scrolls would look like. So let’s take a look.

First of all, like many MMOs, you have a choice to make before you even buy the game. Do you purchase the regular edition of the big fancy Imperial Edition. Typically, collectors editions will net you some cute vanity items or pets, sometimes even a couple items with very slight stat boosts. That is true in this case, but for the first time I can think of, the collector’s edition also allows access to an exclusive race for your character. This was a HUGE source of controversy within the community, and personally, I also think this is a poor idea. It’s certainly a terrible trend to set. Regardless, I took the bait and purchased the Imperial Edition of the game. 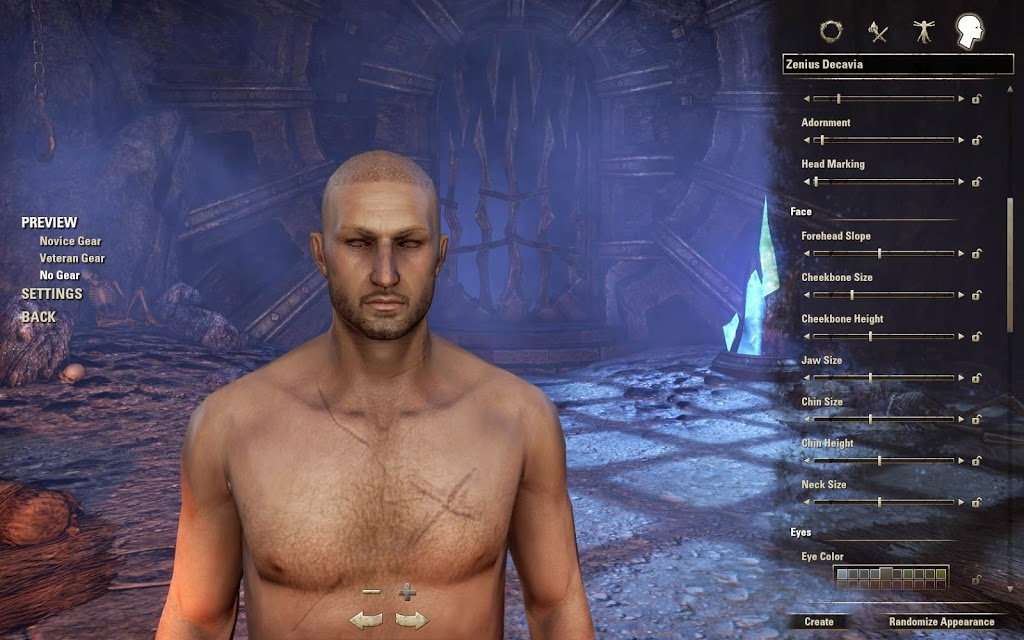 At first start, things begin much like any other MMO. The character creation process is familiar, but with plenty of options. This is a good thing. The description of the available races and classes are short but acceptable. In this game, you can also choose a faction to align with. I found that there no description for these factions during the character creation, which confused me a bit. So I had to tab out of the game to read up on them before making a decision. This was inconvenient, as the faction you choose dictates y our starting area and some of the early in-game storyline. Certain races are also only playable under certain factions. (That is unless you pre-ordered the game, in that case you can play any race, any faction — expect the Imperial race. That is only available for CE owners… Sheesh).

Upon starting the game for the first time, you enter a short tutorial phase. This is pretty cool. The zone is incredible looking and the quest itself is somewhat exciting. It really put me in the mood. So good job here. 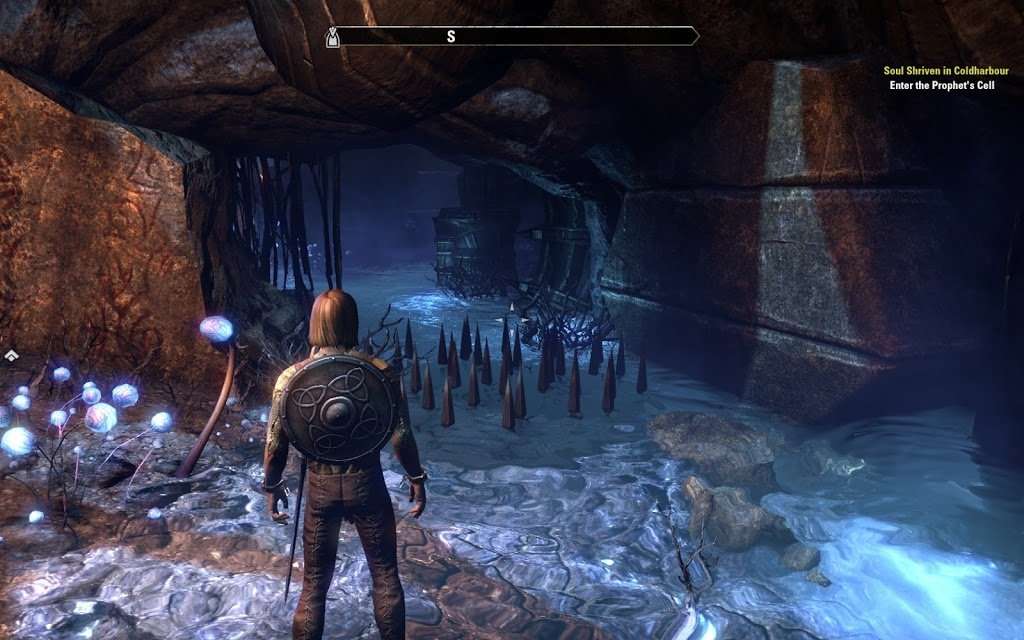 The game graphics are superb and the storyline and voice acting are also very well done. The game controls seem a bit unusual though. The default setting on the PC is your standard WSAD scheme, but the combat is mouse-based. Left-click for attack, and Right-click for block. Occasionally, an enemy will jump over your head, requiring your spin around. There are also actions that are unlocked as you level. These are tied to the a stamina bar. So once it’s drained you, have to wait for it to fill before executing any special moves.

The in-game camera is also set just a little off kilter from your character, so you see things from an over-the-shoulder perspective instead of from directly in back. Alternately, there is a first person view. I tried it. It was neat, but I didn’t find it very functional. I also kept finding myself accidentally drawing my weapons when attempting to mouselook. Of course the camera is freelooking, so there is no click required to look around. It just felt off to me somehow. 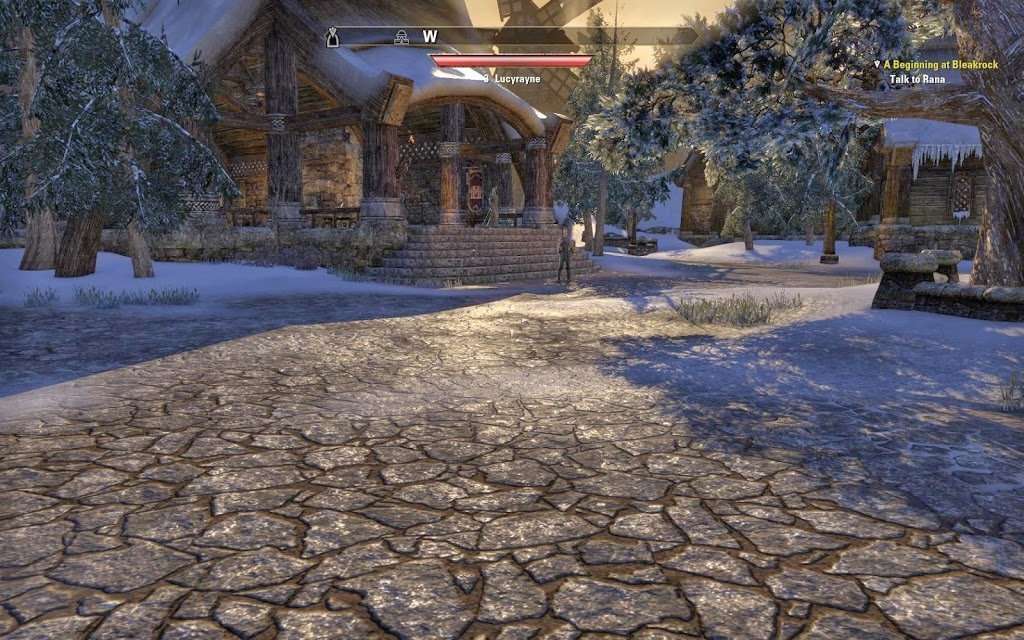 The tutorial is very cut and dry and easy to follow. Once it’s over you are deposited into the game world and anything goes from there. There are quests to follow. Doing so will allow the game’s storyline to unfold. These also serve as an introduction to the many of the game’s instanced dungeons and other content. However, in true Elder Scroll’s fashion, you can also choose to ignore any of this hand holding and just explore. I found this very appealing at first, but it soon becomes obvious that without following the quests and leveling up in the intended fashion, you quickly become very easy prey for the many dangers lurking in the game.

Even though you select a class at the beginning of the game, this actually only determines the special skills that are available to you. You have complete freedom over what equipment to wear and what weapons to use, etc.

I know that the game features a PVP related area, and many players seem to flock to that. However, I have to admit that I didn’t make it that far. The game failed to snare my interest. I think I re-rolled my character about five or six times trying to get into the scenario and find my niche, but I always failed to do so.

I’m not sure why, but ESO just didn’t hook me. It’ a beautiful game, and the backstory and lore is vast and well done. But, I just didn’t see anything that I hadn’t seen before. I did not experience anything innovating or fantastic. I have not renewed my subscription.

I tend to think that in the grand scheme of things, ESO is going to end up being the MMO to play for Elder Scrolls fans. I think the general audience may largely pass it by. Time will tell. I plan to give this game another look after I’ve had some time to play some other Elder Scrolls games.

Because the content of an MMO is subject to change, I don’t “review” MMO games the same way I do single-player titles. But these are my thoughts on the title as of right now.