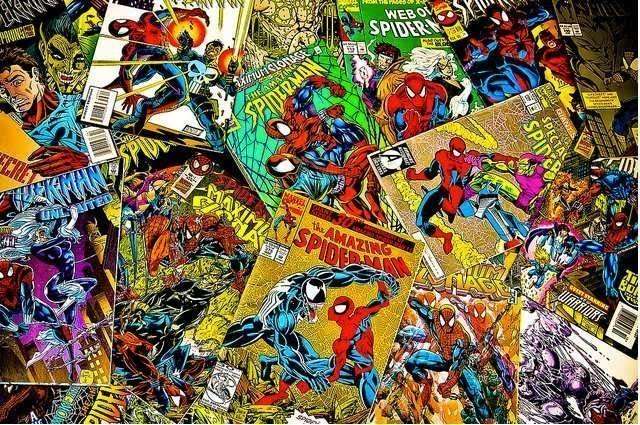 So far the posts on this site have been almost entirely focused on gaming. That’s ok, but there are some other topics that I want to comment on as well. Now that I’m all caught up on the games of my youth, I feel like I’m somewhat free to discuss other things. So now, I’m going to spend a few moments to discuss something equally as nerdy as video games… comics.

I can easily say that I’m a comic fan. I love super heroes, and I enjoy reading comics, but I’m not quite as passionate about them as I am about games. Like most things I’ve discussed on this site, my love for comics these days is mostly fueled by nostalgia.  My early childhood took place during the 80’s, my teenage years during the 90’s. These were great times to be a kid. We had the best TV, the best games and the best comics.

As a young child, I wasn’t into to comics very much. I remember having a few random comics laying around my room, but nothing that I read religiously. My interest in comic books didn’t actually blossom until I was maybe twelve or thirteen. It was 1991 and I was living on an Air Force base in Japan and one day I was riding my bike home from school when I stopped into a corner market to grab a drink. There was a big comic display that I usually never gave a second glance to, but that day there was something that caught my eye; a Double Dragon comic book! 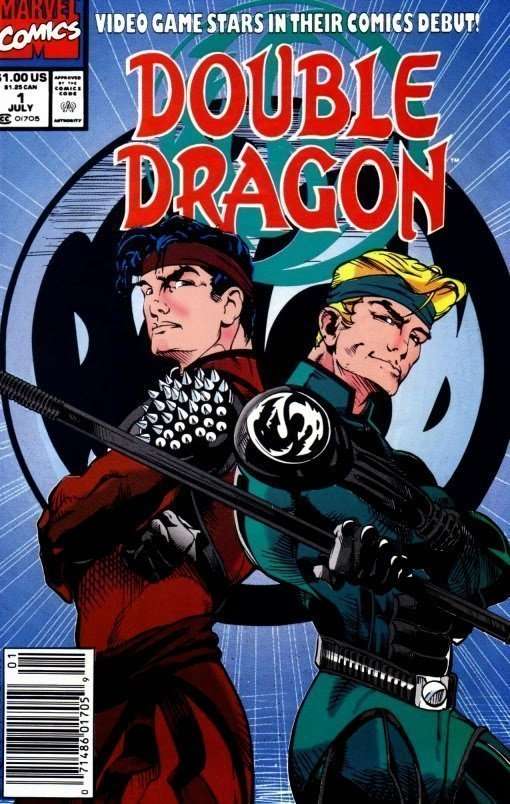 Double Dragon was the name of a popular Nintendo game, one that I’ve talked about on this site actually. The game itself had a somewhat shallow storyline, but it was one of my favorites at the time, so this comic book caught my eye. I had enough money on me so I bought it and took it home. That afternoon I read through it and found that I really enjoyed it. I think the one I bought was number three in a series of four or six books. Over the next few days, I scoured the various stores on base I and I was eventually able to acquire the issues I was missing.  By the time I was done reading the whole series, I realized… hey, these comic books are pretty good!

I decided to check out some more, so a few days later I went back to the shop and picked up this epic looking thing: 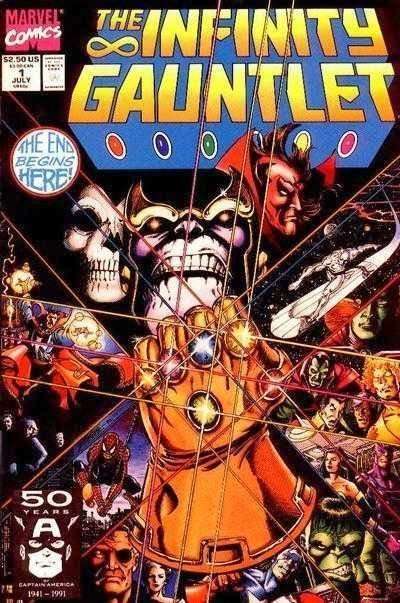 The Infinity Gauntlet! This book (and the mini series it was a part of) was an epic crossover event that introduced me to the Marvel universe. This is where my love for comics really started to build. I purchased everything I could get my hands on. Spider Man, X-Men, The Silver Surfer.. you name it. I wanted to see what I had been missing.

Just a few months after getting really into comics, my family moved back to the United States. Once I was back here, I discovered the glory of comic book stores. There’s no telling how much money I blew at these places. I was not really a big fan of DC Comics at this point, so I focused mainly on Marvel offerings. I enjoyed Spider Man, and I read almost every Spidey title that was out. I was also a fan of his villains, so  I made sure to snap every Venom, Carnage and Morbius book that happened to show up on the shelf. But aside from Spider Man, the other stuff I read wasn’t very mainstream. I enjoyed more obscure titles like Sleepwalker and Deathlok. During the early 90’s there was also a Marvel imprint known as “2099”. This featured a futuristic take on traditional Marvel characters. I loved and collected these with a passion. 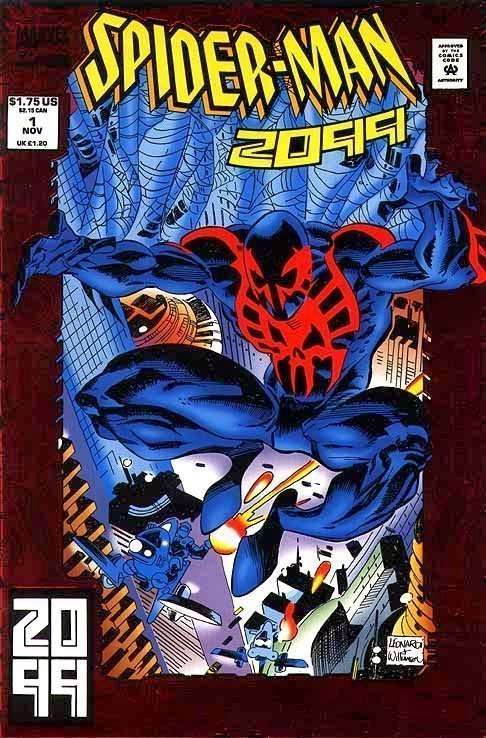 My comic phase lasted maybe two or three years before fizzling out almost completely. I kept my books for many years, but the purchase and reading of comics was eventually replaced with my newfound passion for music. As I got involved in the music scene and began performing in a band, my comic books were all but forgotten.

This lull lasted for over a decade. Then one day, I happened to see a mention online that DC comics was doing something pretty radical. They were going to reboot their entire line of books, starting over with brand new #1 issues. Immediately, the nostalgia pangs for comic reading started. So, I decided to see what was going on with this and I purchased a handful of these books.

I was immediately impressed by the quality of these comics. Both in art and storytelling, but also in the physical quality of the product. Comics have really improved over time! The pages are now a thicker, sturdy material. The art is crisp and clear, no more newspaper style inky messes. I was really impressed. 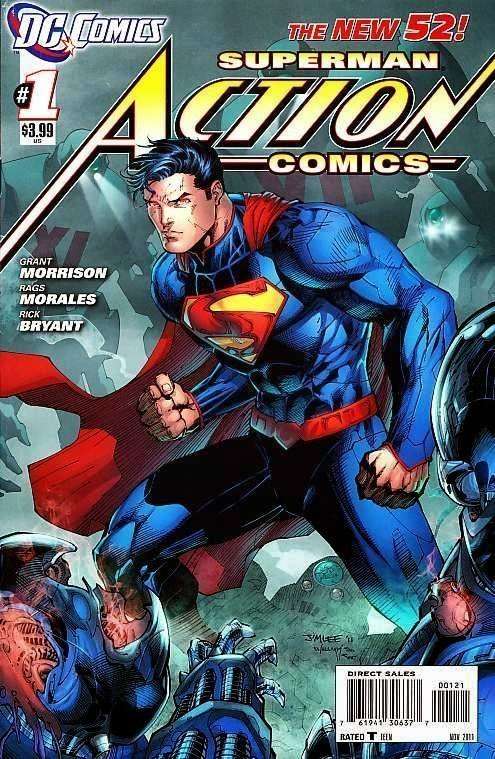 Since DC’s launch of the “New 52”, Marvel has also followed with a semi-reboot as well. So if you are someone who is interested in comics, this is a great time to jump in.

My purchase of physical comic books lasted about six months before I finally made the switch over to digital. Now, I collect comics on my computer and read them on a tablet. Technology has really made this an easy hobby to enjoy. You can carry hundreds of comics with you anywhere thanks to reading devices like the iPad and the Kindle Fire.

The internet has made digital distribution a very profitable way for publishers to release quality comics. Aside from the big two (DC and Marvel), there are tons of independent or smaller publishers out there. Titles like The Walking Dead are a good example of this.

So yes, aside from being a game geek, I’m also a comic nerd. Just another notch on my nerd resume. With this post, I begin occasionally adding some comic related entries to the blog. This is something I won’t do very often, but expect a few posts from time to time.