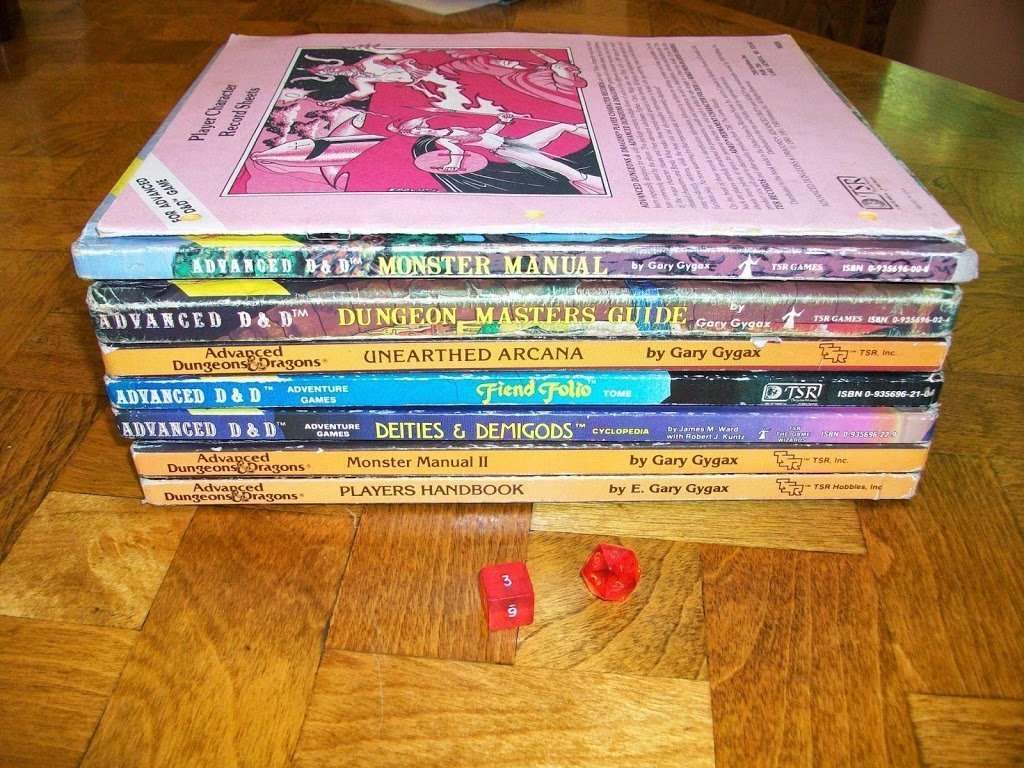 So far, this site has focused mainly on video games. That’s not too bad. Almost everyone plays video games to some extent. We’ve also touched on subjects just a little bit less mainstream; comics, Star Wars, etc. But again, who doesn’t like Superman or Darth Vader? These are household names. So today, I’m going to talk about one of my passions that is 100%, unfiltered NERD MATERIAL. That is: Dungeons & Dragons.

I love D&D. But sadly, I have not played it in many years. For those of you who are not familiar with the game. Dungeons & Dragons is a tabletop role playing game. It’s played with books, paper, dice, and these days, miniatures. Perhaps, you’ve seen the movie E.T., remember the scene where Elliot and his brother are sitting around the table talking about elves and magic missiles? That was D&D.

I was first introduced to D&D when I was about eleven years old. I remember seeing some of the rulebooks in the bookstore and I was very intrigued. This was around the time that the original version of Advanced Dungeons & Dragons was transitioning to its second edition. At this time in my life I lived on the island of Okinawa in Japan, so when I expressed an interest in playing, my parents had some of their young AirForce friends come over for dinner and they stuck around to teach me how to play. 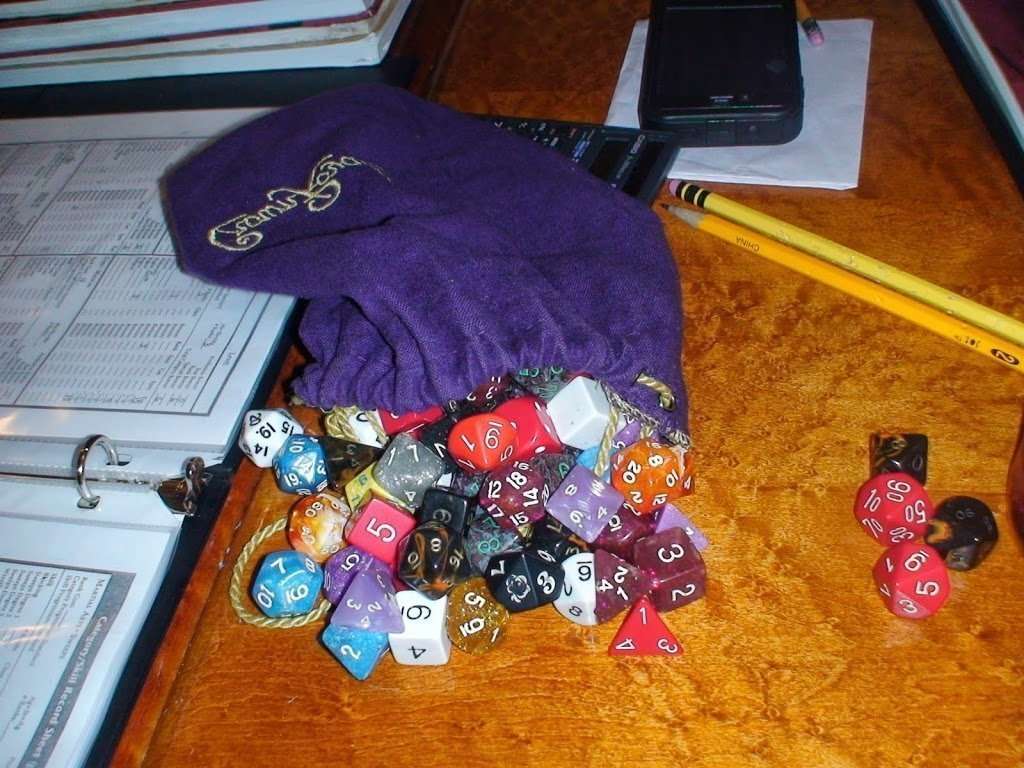 Over the years, I experienced a number of fantastic adventures. I played First Edition and Second Edition D&D. I bought and collected all the material I could get my hands on, and even read several of the novels. (Dragonlance was a favorite of mine). However, like many other things in my life, my interest in the hobby started to fade as I got older. By the time the Third Edition of D&D was released, I was no longer playing.

But, my interest in the game never completely faded. In reality, between school, work, and other hobbies I could never find the time to pick it back up. I also became a bit disgruntled by the rapid release cycle. In just a few short years the third edition of D&D became 3.5, and than before you know it, Fourth Edition was being shoved down everyone’s throats. I couldn’t afford to keep up if I wanted to.

These days, I have a bit more time on my hands and I find my interest in the hobby rekindled. The hardest thing about playing these days is not finding the time, but finding people to play with. Tabletop RPGs have recently taken a backseat to computer games. Today, the “D&D Nerds” play MMO games like World of Warcraft. No one seems enjoy that nostalgic sound of dice rolling across a dining room table. I miss that! After doing a bit of research, it seems the best way to find other players is by hanging out in local hobby shops or stopping by for official “hosted games”. Not my first choice, but nothing ventured, nothing gained. I feel like this problem may have more to do with my location than with the overall interest in the game itself. I live in the middle of nowhere. The nearest hobby shop is thirty miles away. So, yeah.

Despite these hurdles, I’m starting to feel that D&D itch again. After doing a bit of research, I’ve learned that the 5th Edition of Dungeons & Dragons is on the horizon. The new version of the game is expected to launch this summer. It is my intention to get in on the ground floor with this “D&D Next“, as they are calling it.

Naturally, I plan to detail my experiences here. So if that’s your cup of tea, keep an eye out in the coming months. 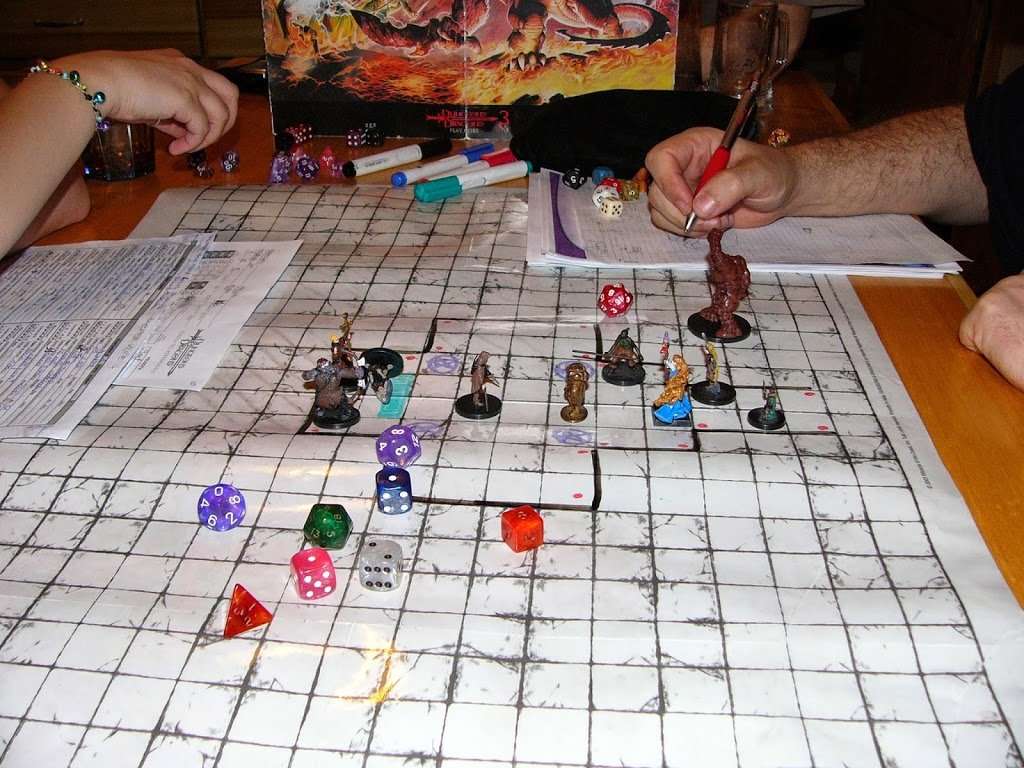