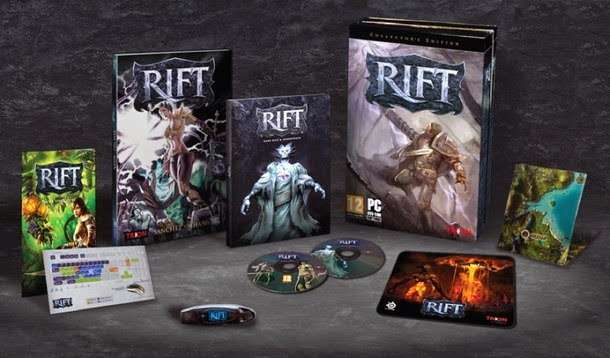 So far, I’ve discussed a few of the early MMOs that I have had personal experience with. Of course, for every one I’ve played, there’s many more that I haven’t played. Most the games I’ve mentioned have been successful. But of course, what happens to an online game when it is NOT successful? Think about it for a moment. MMO games are, well, Online. If the game does not do well, there’s a good chance that the company behind it may pull the plug. And if the servers go off, so does the game. What happens to that $50 you spent on the retail box, do you get it back? Of course not. This is the risk of gaming online.

There have been several popular titles that have experienced just this very thing. Some of them like The Matrix Online, Tabula Rasa, and Star Wars: Galaxies did in fact go dark. Usually, when this occurs, the game developers attempt to have some sort of a sunset period that allows some closure for the players both in terms of storyline and player satisfaction. Others developers just pull the plug on a specified date and that’s it. The later is exactly what is happening to players of Sony’s Wizardry Online and Vanguard titles.

The first failed MMO game that I was follower of was the original version of Final Fantasy XIV.

The game was beautiful, there’s no doubt about that. But upon release there was almost literally nothing to do. The game had very little content. On top of that, poor backend engineering led to server problems and a number of lag and congestion issues. The game featured a flawed combat system and the design of the gameworld was both repetitive and confusing for players. The title was almost universally condemned by both players and critics alike. As a fan of the series, even I stopped playing in those very early days and turned my attention towards other games.

Backed into a corner, it seemed obvious that Square Enix was going to pull the plug on the game. But instead, they replaced the game’s lead producer and made a startling announcement, something that no game developer had dared do before: they were going to scrap the existing code and rebuild the game from the ground up. And they did just that.

While keeping the service active, and attempting to improve the quality of life for current players, the developers were busy behind the scenes creating an entirely new game engine and content for a relaunch. This is something that normally take an average of five years, Square Enix managed to deliver the final product in just two. Upon its re-release, Final Fantasy XIV was a massive success. It is also my current MMO of choice.

During my stint away from those troubled early days of FFXIV, I found myself seduced by a game known as RIFT. This title, in many ways is very much a World of Warcraft clone. I say this in terms of gameplay, not so much in a storytelling and art direction. But really, that’s ok. RIFT had my attention pretty heavily for several months, but once I reached the endgame content, I found myself bored with it. Apparently, I was not alone. As the game’s population dwindled and profits started to sink, there was much concern over the fate of the game. To resolve this, RIFT switched from a subscription based model to a Free-to-Play model. This has appeared to work very well for the game. Although, I do not play RIFT anymore, I’m glad to see that it did not end up being just another game on the list of deactivated MMO titles.

From the beginning, Star Wars: The Old Republic looked doomed to fail. The game had been in development for many years and the hype surrounding the title had reached epic proportions. I mean, who does’t love Star Wars? Everyone wanted to play this game. It was supposed to the Warcraft-Killer. I think maybe we expected too much. Signs of concern started even before the game was released. The game came with a premium pricetag both for the standard and the collector’s edition. On top of that, for the first time the Collector’s version of the game seemed to offer more than just a few vanity items. The CE actually featured a whole in-game vendor with a stock of gear only available to those willing to pay the extra money for a special edition of the game. Upon release, the game featured a very rich experience at the beginning, but for players who rushed to reach the endgame content, there was little there. Rather than fail, Star Wars also switched to a Free-to-Play model. However, unlike RIFT, some of the business decisions for SWTOR drew heavy criticism. For example, certain content is locked out for free players. Even some UI elements are unavailable unless you’re willing to pay a little extra. Regardless of these issues, the game does seem to be thriving under its current pricing model. Now… if only I could get that $200 back that I spent on the original Collector’s Edition…

So what’s the next for MMO gaming? As I type this, everyone is keeping a close eye on The Elder Scrolls Online. At this very moment, the game is currently in its Early Access phase. The game goes live for all players on 4/4/14.

The Elder Scrolls is a well respected and loved series of single player RPG games. So its only natural to want to extend that to an online world. Personally, I hope the game is successful. I have purchased the game, and I plan to begin getting my feet wet this evening. But despite my anticipation, the warning signs are already showing…

I participated in the beta test, and much like the original launch of FFXIV, the beta version of the game felt VERY incomplete. Yes, I realize that a beta test is just that, and early TEST. But trust me, there’s some things that should be fully working. I encountered frequent disconnects, incomplete textures and other strange issues during the test. Also, there’s again concerns with this game’s Collector’s Edition. Whereas SWOTR offered a CE exclusive vendor, TESO is offering a whole playable race that’s only available to CE purchasers.

I’m very curious to see what happens with this game. So instead of being an observer, I’ve decided to do an experiment. I’m going to use this blog to chronicle my thoughts on the game. I’m not a huge fan of The Elder Scrolls. I purchased the series Anthology but I’ve only logged a few hours into the most recent entry; Skyrim. I really like what I’ve seen of the series and I do plan to catch up in the near future. But for the time being, I’m a rookie. So to me, this is going to be a whole new experience.

I’m going to approach the game with an open mind and I’m going to try my best to set aside any expectations and pre-conceived notions I may have. The game comes with a free thirty days. I’m going to take advantage of the time and then make note of my observations. If this interests you, please look forward to the posts.