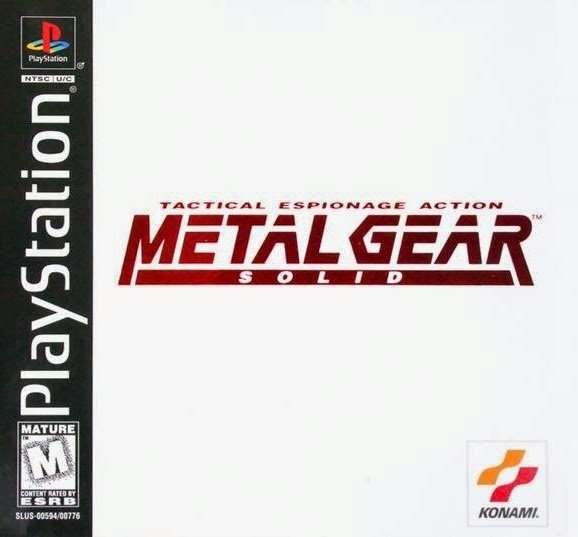 For my delve into the world of Playstation, I wanted to start off with a game that I didn’t play the first time around, but one I knew I would enjoy. Being a fan of Metal Gear, the choice was simple: the classic Metal Gear Solid. Yes, believe it or not, until recently, I had never played this game. It was just one of those titles that slipped me by. Of course, I was well aware that the game existed. The hype around this game is legendary but I just never managed to sit down and experience it for myself – until now. All that being said, I went in to this game expecting great things. That’s why I’m probably going to shock a lot of people by saying that I didn’t find the game to be as awesome as I expected. Perhaps all the hype overshadowed the actual game a bit. Or maybe it is just an example of a title that has not aged well. Then again, it could just be me. Who knows. But here’s the rundown of my experience with Metal Gear Solid.

First off, it’s important to note there are two version of the game. The original version and the enhanced “Twin Snakes” version. Twin Snakes was an exclusive edition for the Nintendo Gamecube. The game features better graphics and a more modern control scheme. But purists claim that the enhancements are actually game breaking and take away from the challenge. For this review, I played the original PlayStation version. 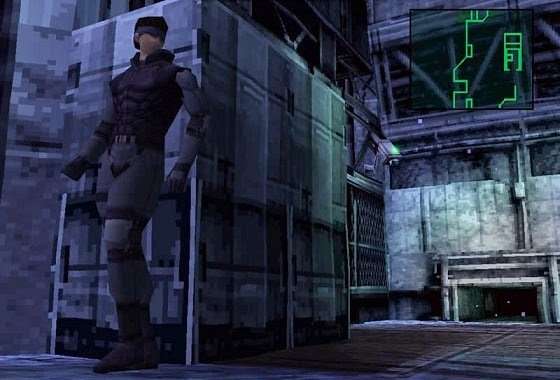 First off, let me begin by saying that I am a huge fan of both the original Metal Gear and Metal Gear 2. Metal Gear Solid is the third entry in the series. Again, you assume the role of Solid Snake. In this game, Snake is sent to infiltrate a remote base in Alaska that is being occupied by terrorists. The group has kidnapped two VIPs and are holding them hostage in exchange for the remains of Big Boss (the bad guy from the first two games). As you proceed thru the game, more plot details become clear and an absolutely fantastic story unfolds that would make Tom Clancy jealous. I could go on, but I’ll stop now before I ruin it. Yes, it’s that good and you should really experience it for yourself.

The storyline is a major focus of the game. More so than even the first two installments of the series. In fact, I daresay that a slight majority of the game is spent watching cutscenes rather than actually playing. Personally, I don’t mind that at all. I love games that feel like interactive stories. But I can imagine some really action-focused players might be a little turned off by this.

MGS is an example of a “3D” game. Unlike the first two entries in the series, the camera is not fixed overhead, but instead adjusts according to the situation. Sometimes you see things at a birds-eye view. Other times, action is viewed from the side or at an angle. But aside from this change, the game is very much like it’s predecessor, Metal Gear 2. The mini-map is again present in this title. This allows you to view enemy patrols so as to avoid being detected as you sneak around the base. Sometimes, everything on the map is not always displayed on the screen and personally, I find that somewhat difficult to work with. I had this problem with MG2 as well.

For the most part, the camera works well. But there are several spots in the game where it just didn’t seem to focus on the things when I needed it to. For example, there’s an area in the game where you are navigating a series of caverns, and at one point you need to crouch and crawl thru a passage. I knew the passage was there, but multiple times during my playthrough I had a hard time finding it because the camera would not reveal it. 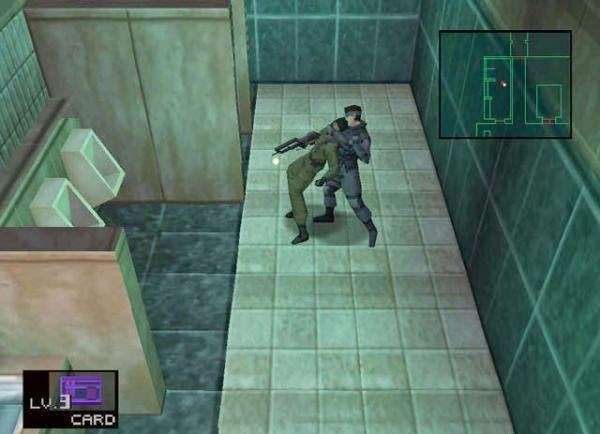 My other gripe with the game is the playcontrol. Sometimes, things feel very loose. Other times, Snake feels like he’s walking around with a bad case of rigor mortis. It certainly struck me as odd. I feel like the shifty playcontrol caused me a lot of unnecessary deaths in this game. And I died A LOT.  I found the game to be quite difficult. I’ve seen people online talk about how simple the game is and how completing it in one sitting with no deaths is not that uncommon… Well, I can’t say I share their level of skill. Even on the easy setting, I found the game quite challenging.

But enough of the bad stuff. Aside from my camera gripes and my issues with the controls, the game is really good. As I said, the story is simply top notch. The sound and graphics are also very well done. A lot of things in the game look blocky and pixelated, but that’s way these software-rendered 3D titles looked. All things considered, the art in the game is superb.

Players familiar with the old Metal Gear games will feel right at home. Just like before, the goal is: infiltrate without being detected. If you’re detected, enemies will swarm you. When this happens, your only choices are either fight or run. If manage to elude them and stay hidden for long enough, they will give up and sound the All Clear. Also, just like with the previous titles, there are various Boss Fights scattered about as well. Each of these is unique and feature their own set of challenges. Upon defeating a boss, Solid Snake levels up and gets stronger.

Konami has littered the game with easter eggs too. There are references to other popular titles as well as cute use of the PlayStation hardware. For example, there’s one part of the game where Snake receives a massage – you are instructed to hold the controller to your arm… The controller then vibrates. The game is filled with crazy little things like that. I found these to be a nice touch. The game features different endings depending on what actions you take. The ending also affects how you are able to replay the game. This “new game plus” scenario was very much ahead of it’s time.

Despite my initial complaints, I do have to hold the game in high regard. Overall, Metal Gear Solid is fantastic. It’s a worthy successor to the original games and hint of what’s to come with the series. The story is second to none and I cannot wait to see what happens in the future installments. (I know they have a reputation for being stellar). So if you’re fan of stealth games, military scenarios, or the original Metal Gear titles, this game is a worth a look. Of course, that assumes there are others like me who slept under a rock and missed out on this the first time it came out.

For those that can’t get enough Metal Gear, there’s also a separate title featuring Virtual Reality simulations for Solid Snake. I played them and they were entertaining, but I’m not sure they would be worth a separate purchase. 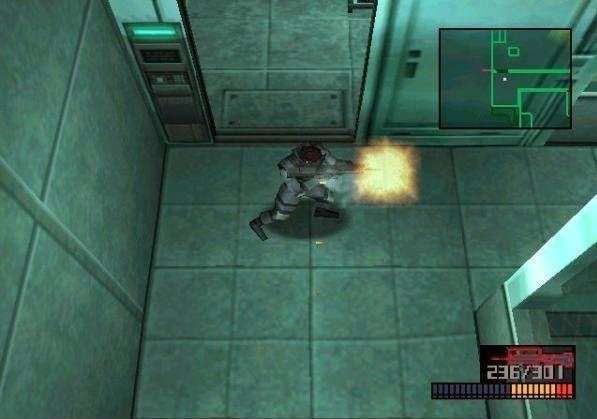 Difficulty: Varies –  There are two options for difficulty in MGS. I personally found the game to be a lot harder than I expected. So for first time players, I would certainly recommend the Easy setting to start. I’m not sure if my problems were due to actual difficulty of the game itself or if they were caused by the camera/playcontrol issues. But regardless, things did get easier for me as I continued to play the title.

Story: The story in this game is fantastic. Even before starting the game itself, there’s almost a half an hour or more of introductory movies and a synopsis of the first two games. These do a fantastic job of setting up the game itself. The game is filled with cutscenes and are fully voice acted. The story is also developed through conversations in the Codec Transmitter that has become a staple of Metal Gear.

Originality: While MGS is somewhat of a rehash of the previous games in terms of style, the migration to the PlayStation enables the game to stand on its own.

Soundtrack:  CD quality audio is here. The music in the game sounds great and is appropriate for the title.

Fun: Aside from the mild frustrations I expressed above, I really enjoyed the game. It felt both new and familiar and really took me back into those days of playing the original Metal Gear on the NES.

Graphics:  3D games without hardware rendering are a mixed bag. Konami did a pretty good job of keeping things look good. The game looks as good as can expected considering its age.

Playcontrol: Herein lies my biggest gripe with the game. And it must just be me because I have not had much luck finding others who share my frustration. But to me, the camera and playcontrol for the title was really bad. I got better as time went on, but I feel it was due to me learning how to circumvent the game’s quirks and not because the control scheme started making sense.

Value: This game is available for under $10 on PSN for PS3 users. Worth every penny.

Overall score (1-100): 80 – I know the general consensus is that Metal Gear Solid is one of the greatest PlayStation games of all time. And make no mistake, it is a GREAT game. I recommend it to everyone. But I cannot give it a perfect score simply due to my frustration with the game’s control mechanics. Then again, as I’ve said, I seem to be largely alone in this complaint. So maybe it’s best to try it for yourself and see.