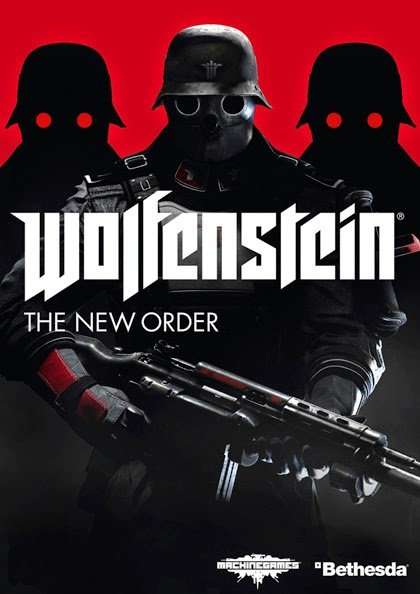 I don’t always get the chance to review games when they are brand new. But I knew that Wolfenstein would be an exception. After playing it, I’m glad that I put everything else on the back burner for a bit. The game was better than I expected.

Some claim that The New Order continues the story that started with Return to Castle Wolfenstein. But there’s a number of inconsistencies in the timeline that make be believe this game actually signifies another reboot in the series. In this game, the war is coming to a close and BJ and his team are pushing deep into Nazi territory in attempts to raid Deathshead’s fortress and exterminate the Nazi leader. First part of the game focuses on this raid and also serves as a bit of a tutorial. However, things don’t go as planned and our hero suffers an injury that takes him out of commission for a quite a well. When he finally wakes up, he finds himself in an asylum. The world has gone to hell. The Nazi’s won WWII and control a world-wide police state. The focus of the game from this point is to locate the resistance movement and do whatever is possible to strike back at the Nazi regime in hopes of sparking a revolution. 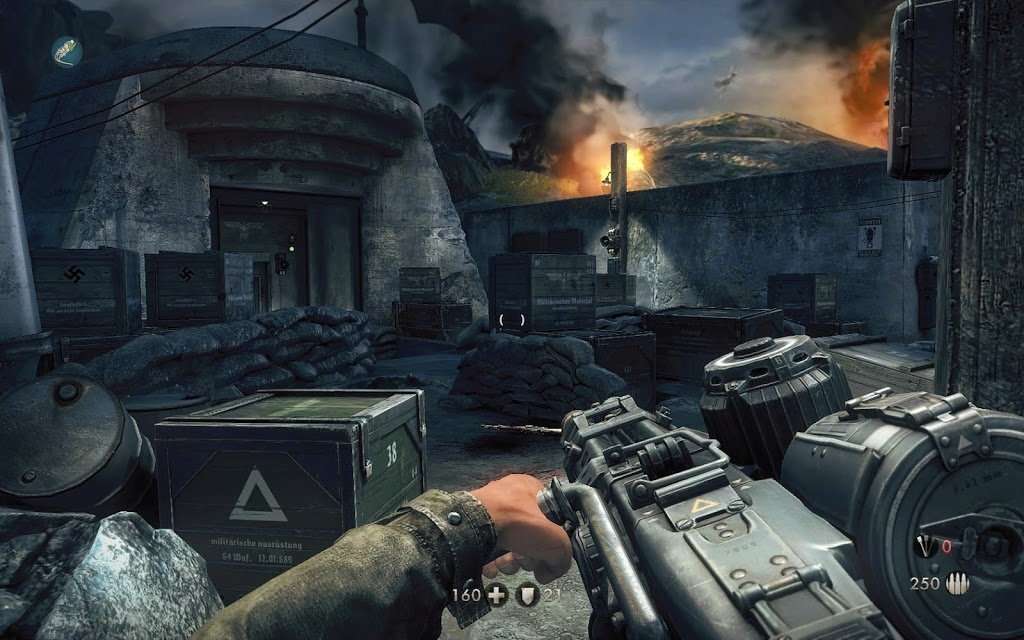 It’s difficult for me to go into too much detail without spoiling a bit of the game. But from very early on in the title it’s obvious that this is not your typical FPS. The graphics are superb, the voice acting in the game is probably the best I’ve ever encountered, and the story is nothing short of fantastic. This game takes you on a journey from the trenches of WWII to a Nazi controlled dystopia that’s nothing short of terrifying. From prison camps to a Nazi Moon Base, this game is certainly a ride to hell and back.

In a lot of way this game does play like a typical FPS. You acquire, and can switch between, an arsenal of weapons; Handguns, Machine Guns, Sniper Rifles, Grenades, etc. These change over time and some can be upgraded throughout the game. There are alternate fire modes, and zoom-in options, etc. Pretty standard fare. A knife can also be used to sneak up behind enemies for stealthy take-downs. There’s also heavy weaponry that is available from time to time, such as mounted chain guns.  There’s a lot of duck and cover in this game as well. There’s actually a lot of variety when it comes to combat. Strategies range from trying to traverse the level without being seen, to all-out bullet hell. 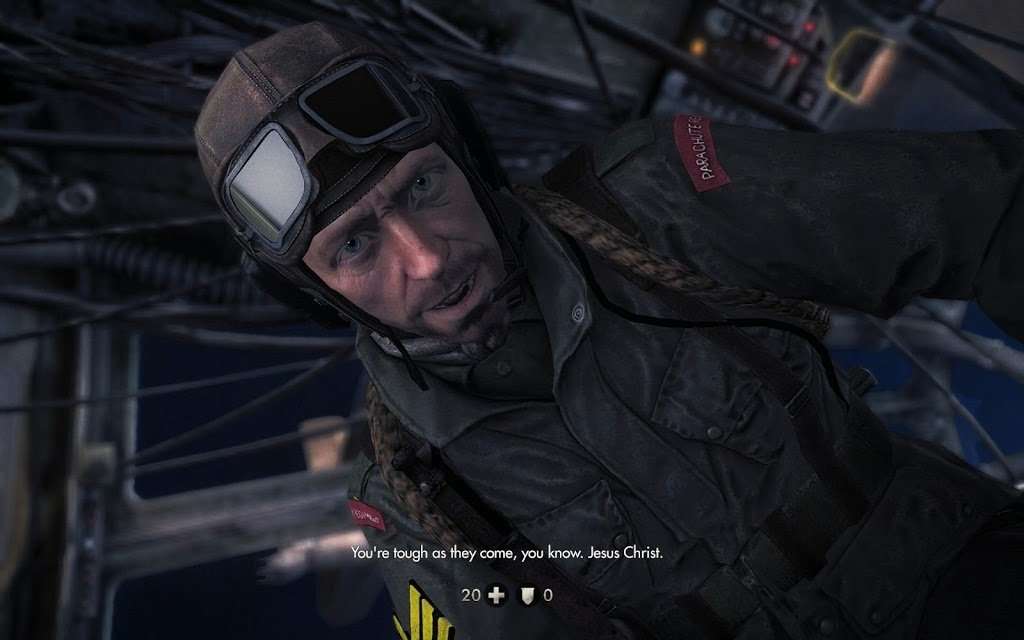 Aside from being a simple shooter, this game is very story focused. There are a number of objectives presented during the course of the game. These help to drive the game scenario and break up the routine a bit. Throughout the game you will also come across collectible items. These are viewable in the main menu and some of them help to unlock additional modes of play. Also worthy of mention, early in the game you will be prompted to make a very important decision.  Your choice has a huge impact on the game going forward and you can’t take it back. So, to fully experience all the game has to offer, you have to play through it at lest twice. For me, this was not a problem. I enjoyed the title so much, that I was happy to do just that.

In a somewhat unusual move for a modern FPS, there is no multiplayer option. Wolfenstein: The New Order is strictly a single-player title. For me that is fine, but it does seem a little difficult to justify the premium price tag.

Graphically, the game is stellar. I was able to run it fine on my GeForce GTX 660 using medium to high settings. It does seem to be somewhat un-optimized and very fickle when it comes to some driver settings. I had to disable V-sync completely to avoid strange screen artifacts. If you’re unsure if your PC can handle the game, it may be better to go with one of the console versions that are available. 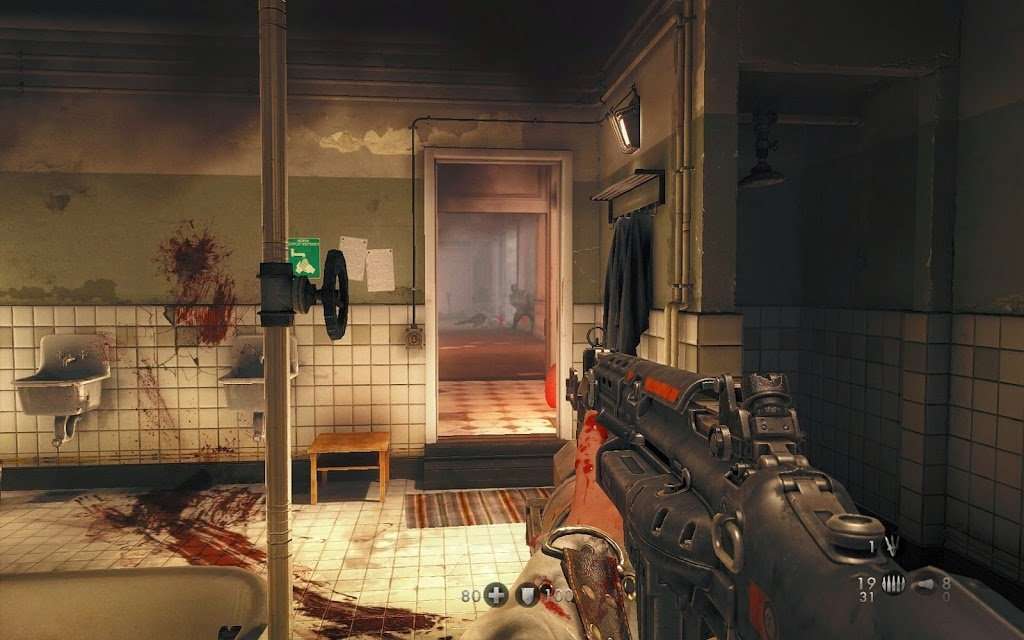 Difficulty: Variable–  There are multiple difficulty levels available to choose from. From my testing, these seem to be very well done and appropriate. I played the game on the default setting and found it to be very balanced.

Story: This game shines in term of storyline. The alternate 1960 presented here is both well done and horrifying. While there are some “occult tech” elements in the game, it’s not ridiculous like it was in the previous entry of the series. Almost everything here is quite believable. Everything from the plot, to character interaction is fantastic.

Originality: I found this title to be refreshing. And that’s something that’s often difficult for FPS games. The unique plot setting combined with excellent storytelling really made the game stand out to me. For once we get some deep insight into the main character of the series.

Soundtrack: The in-game soundtrack is unusual. Most of the music in the game comes in the form of ambient/distortion style mood music with a few exceptions. Among the collectable items in the game are record albums featuring songs by familiar real life bands, but done in a German style. (IE: What would the Beatles have sounded like if the Nazi’s won the war).  This is a really nice touch.

Fun: Despite some initial frustrations with graphical issues, and some minor annoyance with the default controls, I had a blast with this game. So much so that I immediately played through it second time to experience the alternate storyline. That’s a good sign!

Graphics: By today’s standards, the graphics are about as good as you can get. I played the game using less than maximum settings and I was still awed at how good things looked. Everything from the textures to motion/lighting effects are superb. — That being said, the game has been reported to have odd issues with some ATI hardware. So it may require some tweaking.

Playcontrol: The default PC controls are pretty standard. There’s a few combo moves, for sliding and running that seemed a bit difficult for me to master at first, and this cost me more than one death in the game. It kind of felt like my fingers were on a twister mat. But other than that, no real complaint. Plus, all the keys can be reassigned.

Value: As a new game New Order sells at a premium price. Personally, I found it well worth the cost. However, some players are likely to gripe at the lack of multiplayer.

Overall score (1-100): 85  – I purchased this game out my love for the Wolfenstein series and my curiosity to see a Nazi-controlled setting. I was very impressed with the game as a whole. I went with the PC version simply because, to me, Wolfenstein is a PC game. But I have heard feedback from others that the game is better experienced on the console. Regardless, I was blown away by the title and I recommend it almost anyone.