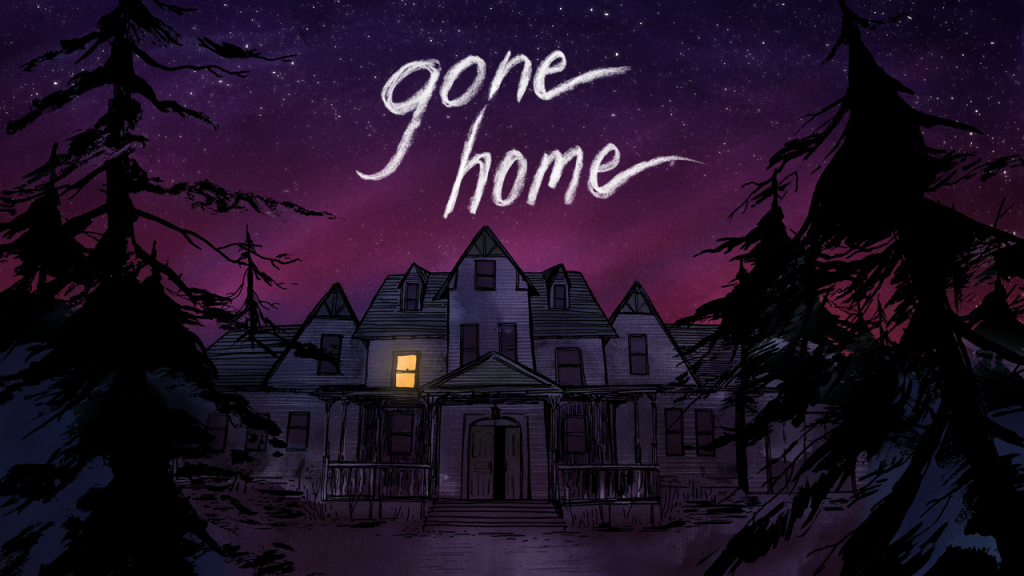 Well, despite my focus on classic Playstation titles, the Steam Summer sale did manage to snag my attention. This year I decided not to spend too much money and kept my purchases limited mostly to very inexpensive titles. One of the games that caught my eye this year was a small indie title called Gone Home. I wasn’t really sure what to expect from this game when I purchased it. I knew from hearsay that it was a fairly short game, and also somewhat controversial. I purposefully made sure to keep away from reviews and discussions about the game because I did not want any spoilers to sneak through. Having now completed the game, I’m glad I didn’t.

Here’s what you need to know if you are interested in this title; it is very short. Played at a normal pace, the game is typically beaten in little over an hour. Second, it’s a very mellow title. There’s no combat, no death, etc. This game reminds me a lot of classic PC “point and click” adventures from the early 90’s. Essentially, the set up for the game is this: It is 1995, you play the role of a college student named Kaitlin who has returned home after a year overseas. While away, Kaitlin’s family inherited a house from a rich and unusual uncle. Upon arriving at her family’s new home, it’s obvious that something is amiss. Mom and dad are gone, and there’s a strange note on the door from Kaitlin’s sister stating that she has gone away, and requests that Kaitlin does not attempt to discover her fate or whereabouts. 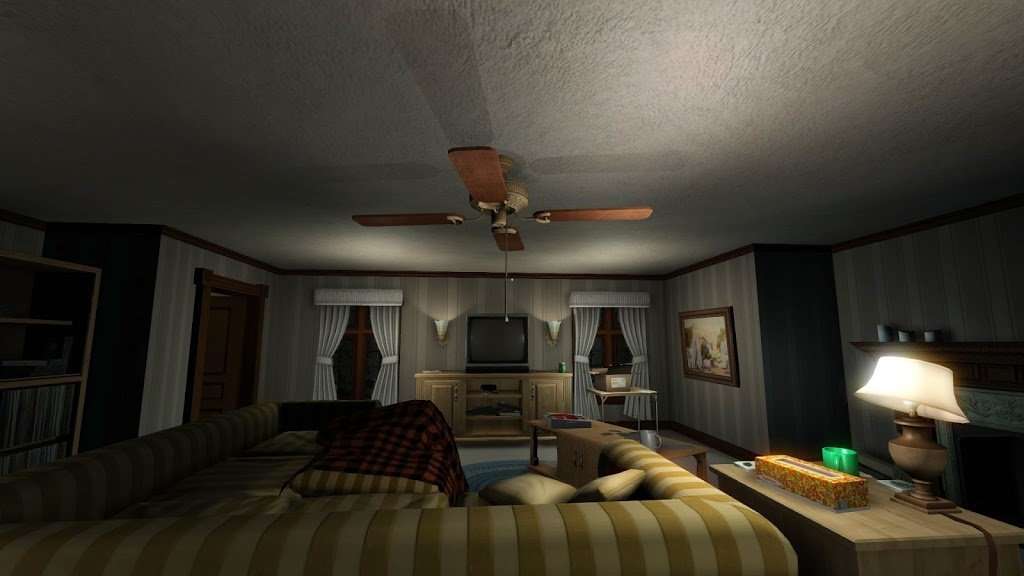 The goal of the game is to explore the house and uncover clues that unravel your sister’s fate. That’s all I can really say about the plot without giving too much away.

Graphically, the game is very attractive. Despite its casual design, the graphics are very well done. The lighting and texture effects impressed me quite a bit. I didn’t expect such good visuals from an inexpensive title. But that’s not all that impressed me. The game also features an excellent soundtrack. The ambient/mood music in the title are appropriate and compelling. Also, the game features a number of cassette tapes laying around the house. These feature mock 90’s style punk/grunge tunes that also stuck my fancy (although being a former 90’s rocker myself, I may be a bit biased). 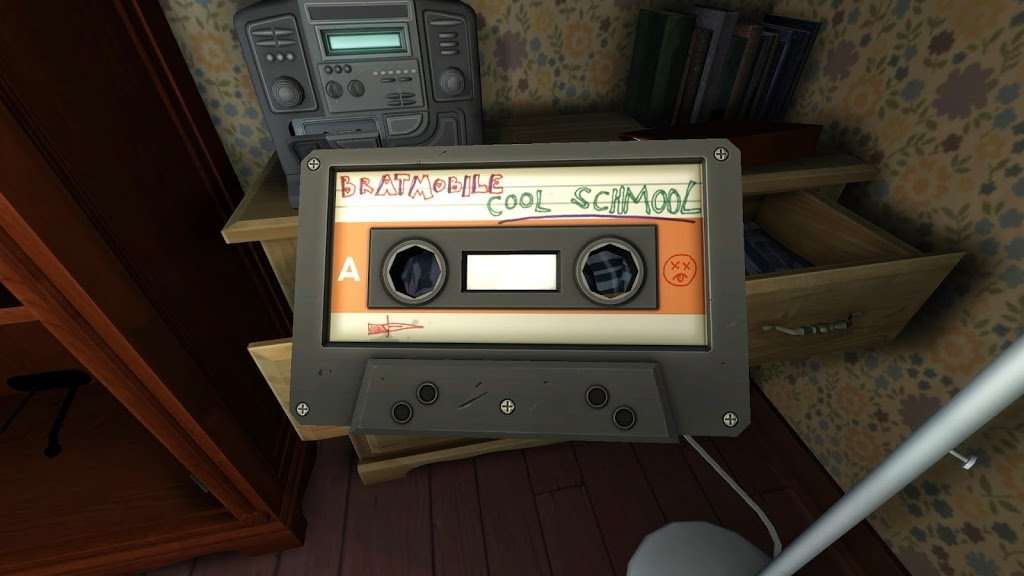 But what makes this game unique is not it’s soundtrack or visuals. The focus here is storyline. What starts out appearing to be somewhat of a horror game, slowly unravels into a dramatic tale. Without giving too much away, the finale of the game actually managed to touch me emotionally and caused me to give pause for a few moments to reflect on some rather personal ideals.

Critics of the game often refer to it as boring, or label it a “walking simulator”. But I think they are missing the point. The purpose of this game is atmosphere and emotion. The enjoyment comes from exploring and piecing together the backstory and scenario. It’s a title that is designed to tug at your heartstrings a bit. Essentially, you get out of it what you’re willing to put in. 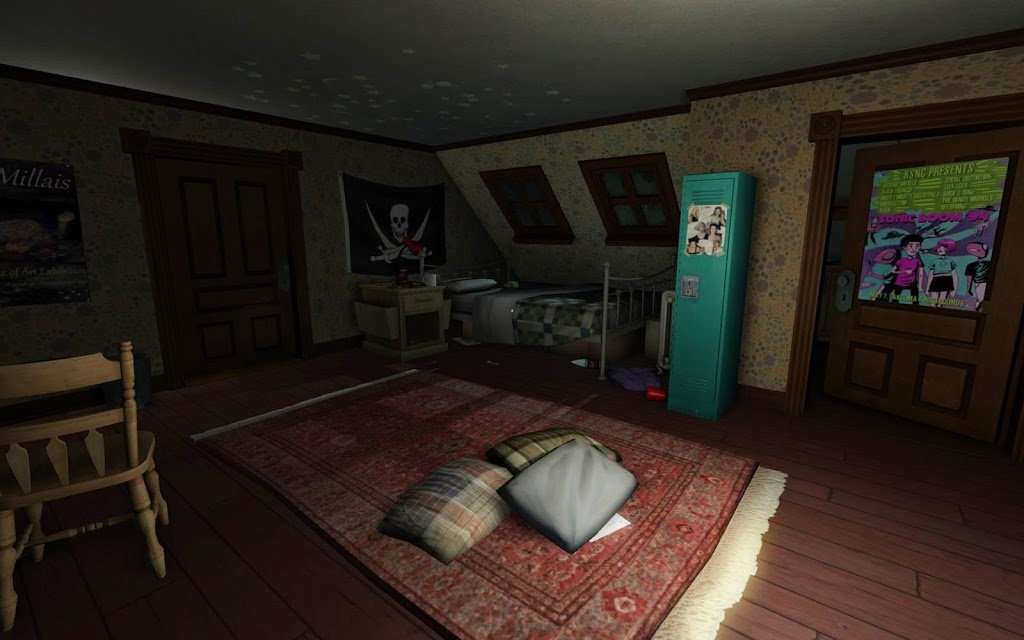 Difficulty: Easy–  There’s really no challenge per-se to be found. It’s more of an interactive story than a game, I suppose. However, there are some areas and that are out of reach unless you’re really paying attention or take the time to thoroughly explore and seek out clues.

Story: The storyline is the focus of the game here. The game narrative is presented with an opening sequence but unfolds throughout the game as you read notes and clues scattered about the house. The main story is driven through entries in your sisters diary that are played back automatically as you progress. Initially, I started the game expecting it to be a dark mystery of some sort, but about halfway through the true nature of the game started to become clear. Despite having a different outcome than I originally expected, I was not disappointed.

Originality: While this type of game is not entirely a new concept, the presentation and ultimate outcome of the game is pretty unique. Some might even say risky. It was certainly a nice change of pace from other titles I’ve been playing recently.

Soundtrack: As I mentioned earlier, the soundtrack in this game is really really good. It fits perfectly with the atmosphere for the game. The rock tunes are novel, but very well done considering their role in the title.

Fun: I played through this game in about an hour but despite it’s short span, I enjoyed it quite a bit. It is certainly a niche game and might not appeal to everyone. But for those with a mind for slow-paced narratives, it’s quite good.

Graphics: The graphics are very well done. Especially considering the type of game we’re talking about. In some ways, I was left with the impression that visually, the game was designed to be artistic, and not so much on precise photorealism. But regardless, it’s pretty good looking.

Playcontrol: There’s not much to worry about here. The game controls as one would expect a standard First Person title to work.

Mature Content: Partially – The game does not exhibit any violence or nudity. But there are some mature themes that pop up from time to time such as occult imagery and homosexuality. Nothing graphic.

Value:  At the time of this review, the regular price for this game is $20. In my opinion, that’s a bit steep. Personally, I wouldn’t recommend paying anymore than $10 for the title, simply due to it’s length. Luckily, the game is on sale quite often. I think I got it for around 3-5 dollars.

Overall score (1-100): 75 – I enjoyed this title. It was a breath of fresh air compared to most things on the market these days. I enjoyed the ambient feel of the house, and trying to piece together the events leading up to the game itself. I saw the ending coming from a mile away, but still enjoyed to the little twist at the end. The main drawback to the game is the length of the game, but all in all even that is quite appropriate for the title.