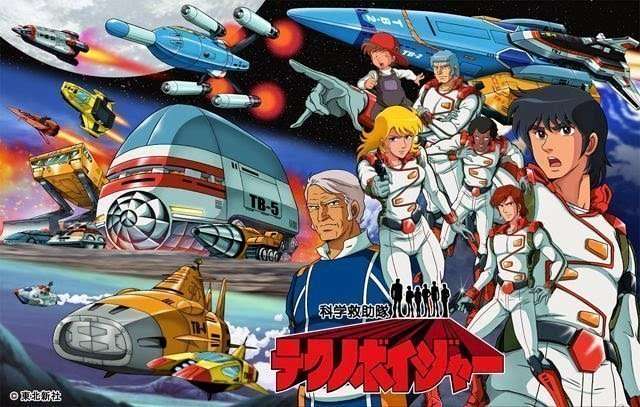 As this blog will attest, I’m pretty much the complete stereotypical nerd. I like video games, comic books, science fiction, Dungeons & Dragons, etc. But there’s two typical nerdisms that I have always proudly been unassociated with: Anime and Live Action Role Playing. In this post, I want to talk a bit about Anime. The picture above is a poster from a Japanese cartoon called Thunderbirds 2086. This show has the honor of being the first piece of Japanese animation that I was ever exposed to…. and I hated it.

I don’t recall many of the details because I was probably around pre-school age. But I believe this series was being aired on HBO in the early 80’s and for some reason, my father taped it for me. Not having anything else to watch, I watched Thunderbirds. I didn’t like it the first time I saw it, and I didn’t like it any better after the 50th time I saw it. But for some reason, I watched it.

Today, I couldn’t tell you what it was even about. I won’t cheat and look it up online either. All I remember are big yellow machines, some kind of underwater expedition and a bunch of starfighters that reminded me of something out of Star Wars. Aside from this show, and a healthy dose of Speed Racer cartoons, I had no other exposure to Japanese animation for quite some time.

I next stumbled into Japanamation (that’s what we called it at the time) with the debut of Voltron on American television. Now this show was cool! Bright colors, robotic lions that could connect into one butt kicking robot! This show had it all. However, shortly after becoming interested in Voltron, the show seemed to vanish from the airwaves. So, my interests returned to more American shows like He-Man and Silverhawks.

A year or two later, I found myself living the life of an Air Force brat on the island of Okinawa in Japan. Back then, there were only three channels available to watch. One armed-forces-ran English channel and two local Japanese channels. Nine times out of ten, it was English-speaking channel that was on in my home. But occasionally, I enjoyed flipping it over to the Japanese stations. Japanese programming was quite different from anything I was used to. Crazy game shows, cheesy-looking soap operas and of course, anime cartoons. Around the time I was living there, Dragon Ball Z was just in its first run in Japan. It was actually quite popular among the American kids, even if we had no idea what it was about. We traded Dragon Ball trading cards, we had Dragon Ball pencils, it was everywhere. I thought it looked cool, but I wasn’t able to understand the storyline because I didn’t speak a word of Japanese. A few years after I returned to the states, Dragon Ball had made its way here and I remember being amused by everyone thinking it was something knew. No one believed me when I told them it was several years old. 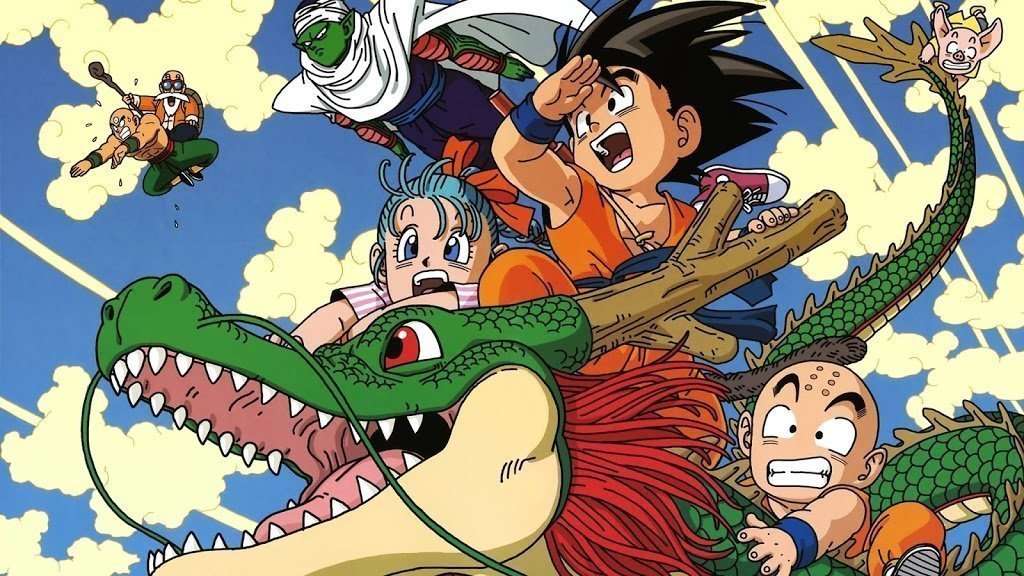 At this point, I was very indifferent to anime. I really enjoyed the artwork visually, but I had no real love for the shows themselves. My next stint with anime is where I think I really began to disdain the genre. I was dating a girl, and she basically forced me to watch this bizarre sex/alien-based cartoon called Legend of the Overfiend. I didn’t enjoy this show at all. I remember something about giant alien penises tearing apart a city, and monsters with tentacles raping women. It was totally not my cup of tea. It burned me from anime for a very long time. Almost ten years to be exact.

Flash forward to around 2006, I find myself being an avid player of Final Fantasy XI online. Many of the people I play with are major otakus. In fact, I realize I am slowly becoming the minority with my peers in the game. Everyone is watching anime. Everywhere I turn people are talking about things like Cowboy Bebop and Evangelion. I try watching some of these shows, but to me they still seem slow-paced and boring.

Then one day, I find myself at the book store and I look up to see a shelf of Manga (Japanese comics). I pick up a Dragon Ball book and flip through it. I find myself liking it, so I buy it. I loved the comic so much that I went back and purchased a bunch more. Man, I’m really digging this book! So maybe this is it, I think. I decide to give Dragon Ball another shot and I put it on my Netflix list. Well, the DVD comes, and I fall asleep watching it. It’s just…. too childish. I try again with another Manga that I really enjoy, Chobits. This show is not childish at all, but it still doesn’t click with me.

A few more years go by, and now it seems like everyone is into anime but me. So finally a few weeks ago, I bite the bullet and ask some of my friends in Final Fantasy XIV to recommend a few titles to me. I summarize my experiences and I get quite a few suggestions. One of these is a series called Sword Art Online. It’s a show that’s essentially about a futuristic virtual reality-based MMO. After everyone logs in on launch day, they find themselves trapped inside the game world. It turns out this trap was laid out by the game’s sadistic creator as twisted experiment of sorts. If you die in the game, the VR machine sends a shock to your system terminating you in real-life (think, Matrix). It was fantastic. Simply amazing. 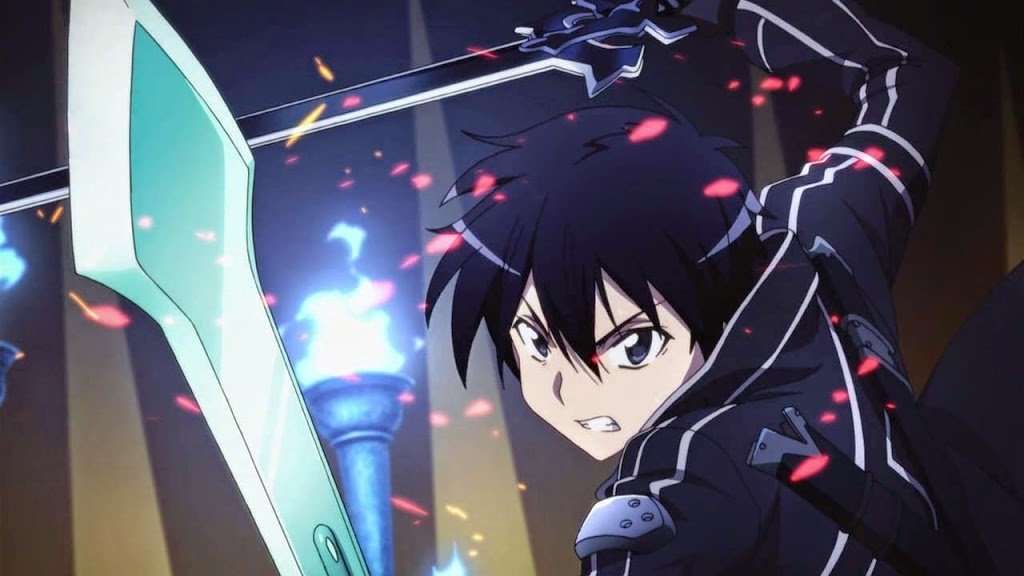 After watching only one episode of this show, I was hooked. I finally found an anime cartoon that enjoy. Thanks to some Netflix suggestions, I have a few other titles on my list that I’m going to try out as well. So I’m very curious to see if this one show is an exception to my rule of “I hate anime” or if it will actually be a doorway that gets me into the genre. I’m genuinely curious. – but needless to say, I recommend this show.

If any of you have some good suggestions, please feel free to either comment or send a message. I will be sure to check it out.

Despite this new development, no matter what, I still refuse to dress up and participate in any LARPing whatsoever. So there’s always that.